May flew by with dad’s birthday, our anniversary, the end of the preschool year, hiking Stone Mountain, and so much more. In the midst of it all, Kaitlyn turned four years old and we celebrated with a few of her close buddies with a Woodland Fairy themed backyard party. But pictures of her prancing around in a poofy dress is only a small sliver of who Kaitlyn is at age four (ok, maybe a large sliver, as her affinity for girly dresses and outfit changes knows no limits). So I wanted to take a minute to celebrate our little firecracker and all the fullness she brings to our lives. 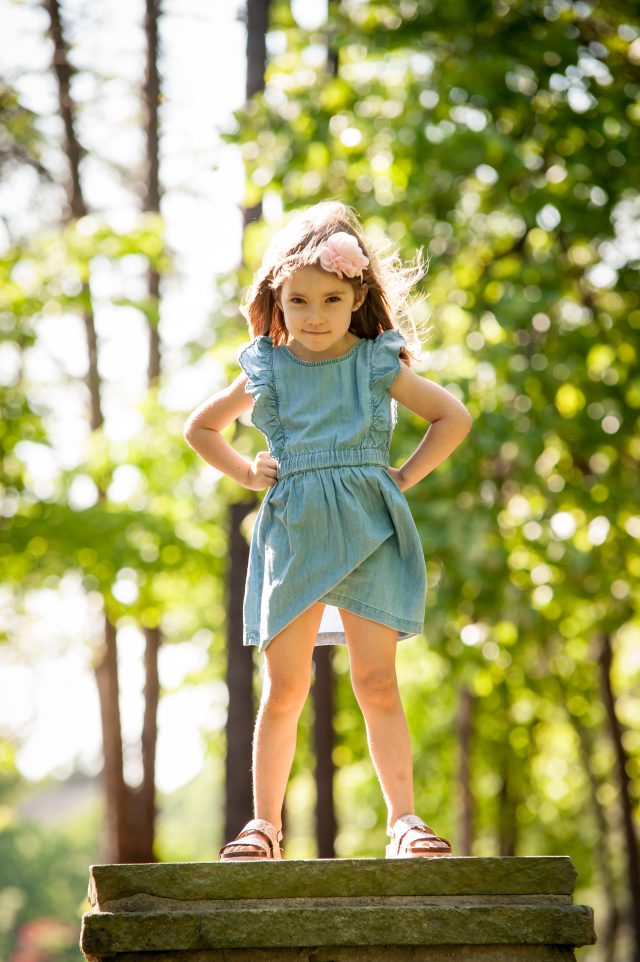 Let me first take a second to thank William Shakespeare for so perfectly describing our girl- “Though she be but little, she is fierce!”

Ah, the ongoing saga known as feeding Kaitlyn… OK, that’s a bit dramatic. Though I think she has it in her to be a picky eater (she’d eat mac ‘n cheese every night if she had her way), I’ve dug my heels in hard the past couple of years with consistency and it has paid off. (See also: Consistency and the Kid Menu Myth). We all eat the same meals, though sometimes put together differently and at times have to still help by picking up the fork and feeding her (that’s kind of embarrassing to admit). The funniest thing about Kaitlyn (and makes me question whether of not she is really mine) is her general apathy about food in general. I get losing interest in vegetable curry at age four, but even with her substantial sweet tooth, she’ll still lose interest in cake or chocolate sometimes after just a few bites. Mema says David was like that too when he was little so I guess she takes after her dad! 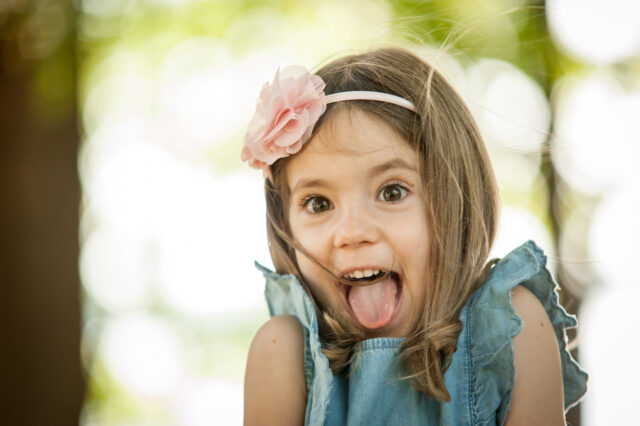 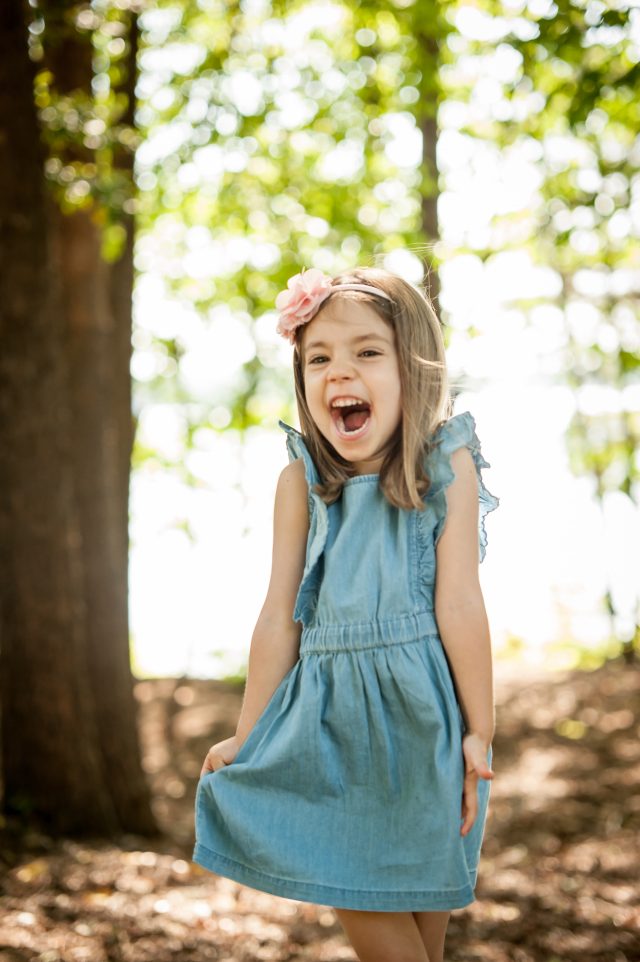 The most obvious thing about sleep is that she just does not need as much as her sister. I think Hailey napped until age 5, and Kaitlyn hasn’t napped in years at this point. She goes to bed between 7:00-7:30 (and “reads” with her magic pen until close to 8:00) and then sleeps until 7:15 or so, so I’m not complaining.

She goes through phases every few weeks when she’ll wake up during the night. Usually it’s around 2:30-3:00 and the reason is everything from she’s scared of dinosaurs (oops) to the fact that she wants me to cover her up. Neither one of our girls has ever gotten out of bed to come to our room (I guess we made those rules clear!), but she’ll just shout “MOM” until I’m there. She definitely gets the baby-of-the-family treatment on this because even though I struggle to go back to sleep afterwards (there have a been few days I’m up for the day beginning at 3AM), I soak up her snuggling my hand as I brush her hair out of her face with the other. 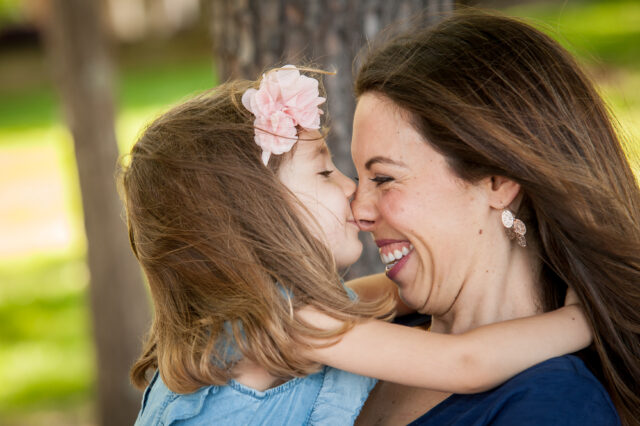 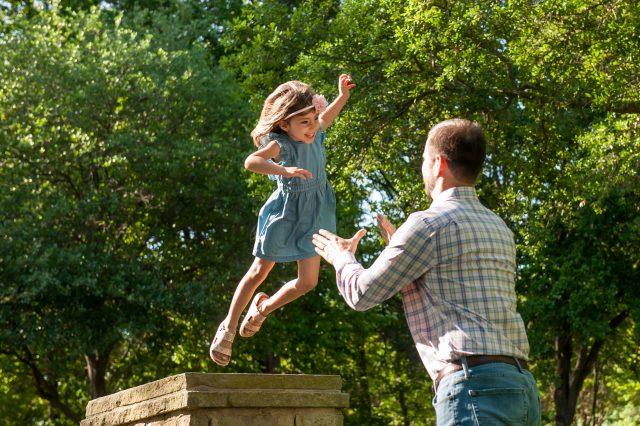 Oh, my sweet Goose. Where do I begin?

She’s as smart as a whip and uses that wit more often that I should admit to manipulate us. She’s good y’all, which entertains me to no end and also makes me fear for her teenage years. She plays the damsel in distress card a little too well and I can already picture her being that girl in college that says the group project is just “so hard” and letting some starry-eyed boy handle the whole thing for her. On the other hand, I also see her running a Fortune 500 company because the girl knows what she wants and does not take no for an answer. I’ll find myself saying “absolutely not” and without flinching she replies “ok, just a little then” which leaves me wide eyed and wondering if she heard me or why she even bothered asking me in the first place.

She seems to be our girly girl and prefers long “princess” dresses, changing her clothes 3-4 times a day, and will put on lipstick anytime she can sneak some. Right now she is in gymnastics and loves it. She is in the early stages of learning to read and can sound out simple words like CAT. She can write her name and draws the cutest little stick people that are just a head and legs, with arms coming out of their head. She also likes drawing “maps” which is really just a way of saying she scribble scrabbles all over every sheet of paper we own… and her bedroom wall (thank you, Mr. Clean Magic Eraser).

The way she can turn on and off her crocodile tears is downright impressive. Her dramatics over “boo boos” has had me wonder before if something is really going on or if a bone is broken, but more often than not I can distract her and that eases my worry. She loves to snuggle and at most meals she ends up curled in my lap, poking at my face and laughing. When we have movie Fridays, she always prefers to be curled up right next to me with her Mimi (bunny lovey). I still carry her to bed on my back like a horse and probably will for as long as she lets me. She also knows she owns me because anytime I’m frazzled, she’ll throw out a hey mama………….. I love you. Melt. My. Heart. 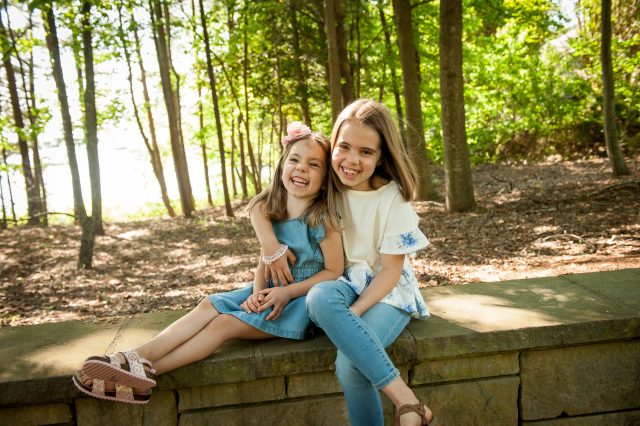 At her four year check up she was 3’4″ tall (57th percentile) and weighed 30 pounds (10th percentile). Being that her weight was in the 8th percentile last year; this is nice to hear. She wears 4T clothes if it’s a dress or a nightgown, but if a skirt has to fit around her waist, usually she has to have a 2T- our little peanut! And so I’ll end it the way I began- “Though she be but little, she is fierce!”

The First Week with Kaitlyn 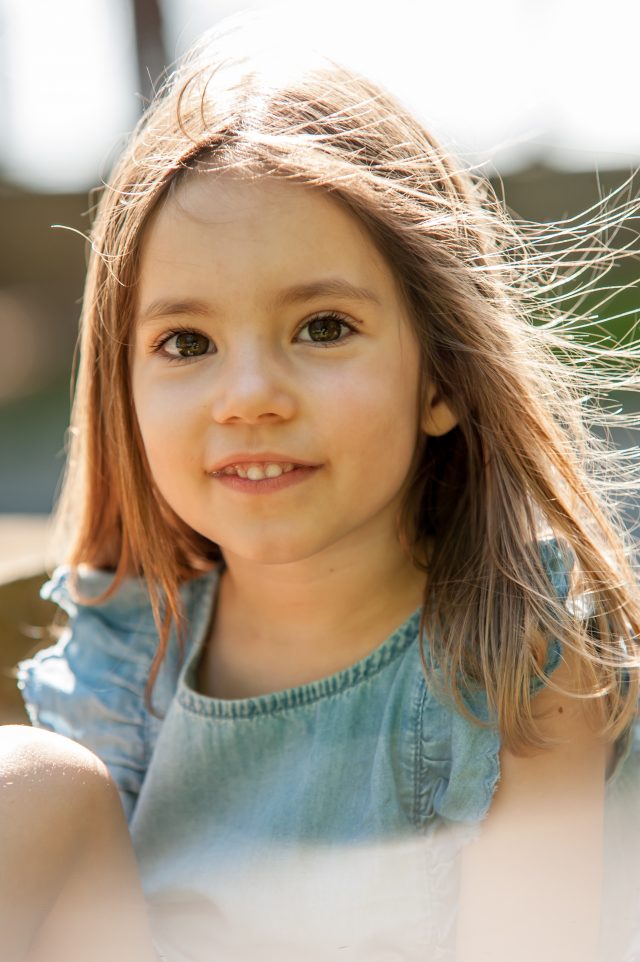