Goose is THREE! To try and put her big personality into words, I considered just posting this picture and being done with it: 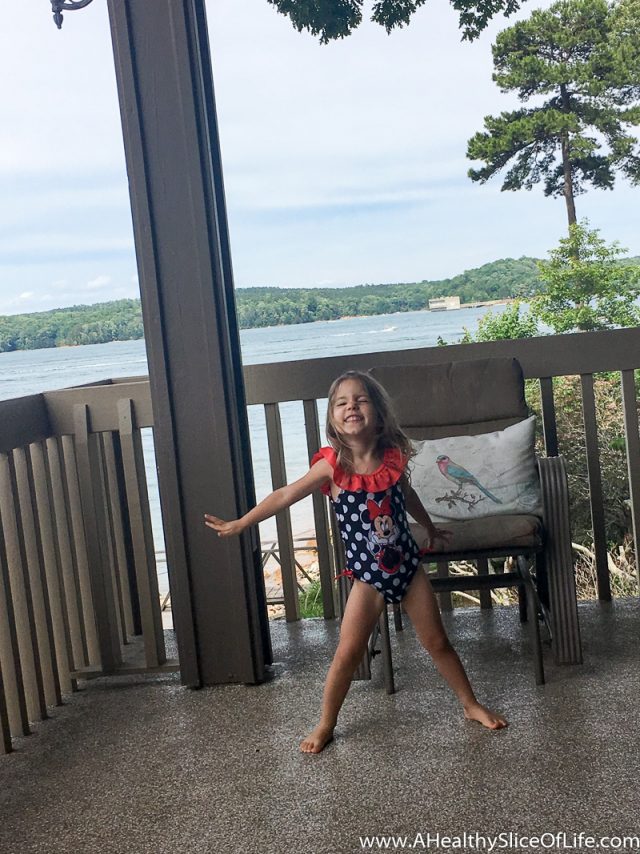 That’s our girl, ready to take the world by storm.

Ok, that’s the most mom statement ever, but you guys I just can’t with this little one. She’s a tiny thing full of sugar and spice and we just love watching her grow. 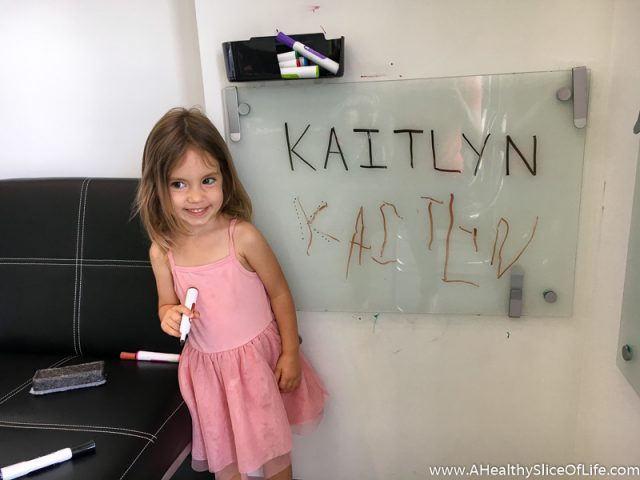 Though we had her cookout party roughly a month ago, I’m just getting around to posting this update now. Second child problems, I suppose. Kaitlyn at three years old is incredible. We haven’t had too many threenager moments yet (knock on wood!), and though there are sometimes meltdowns over which cup she uses or chair she sits in, the majority of the time, she is a funny, loving, feisty little girl! 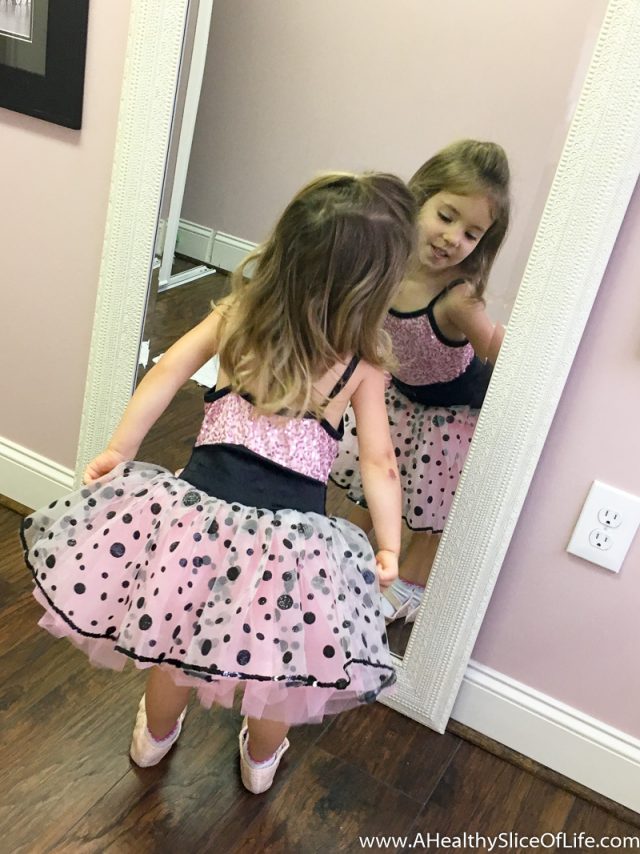 So where do I start… OK, let me tell you about our Kaitlyn.

She doesn’t care to. I’m only half kidding. The good news is we’ve been firm and consistent in our house food rules and as a result, she truly isn’t a picky eater. She’ll eat most things. However, she just has little interest in eating over all. Unless it’s yogurt. She always is up for yogurt. 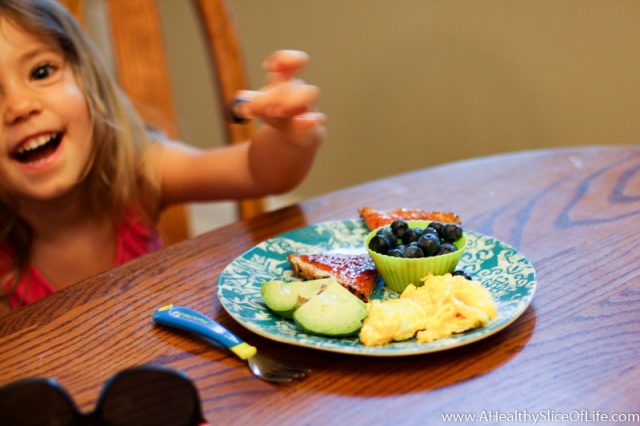 And she’ll always try to just lick the jelly off her toast instead of eating it. Though she does enjoy sweet things, it’s not unusual for her to still only take a few bites and be done. She just always has better things to be doing, like singing and dancing. 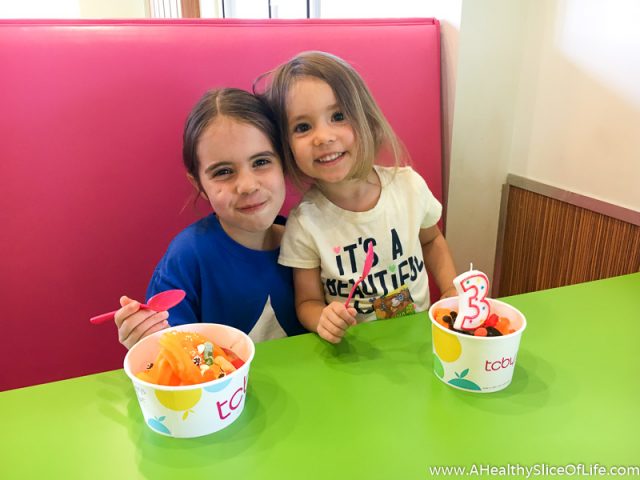 Neither of my girls are big milk drinkers, so it’s mostly water around here with the occasional juice or “bubbly” water (La Croix).

Kaitlyn has been done with naps since, shoot, 2 years old? I don’t remember but she hasn’t napped consistently in a long, long time. She’ll occasionally take a nap when things have been super crazy, but for the most part she hangs with here sister, going to bed at 7:00 pm and waking up around 7:30 am. 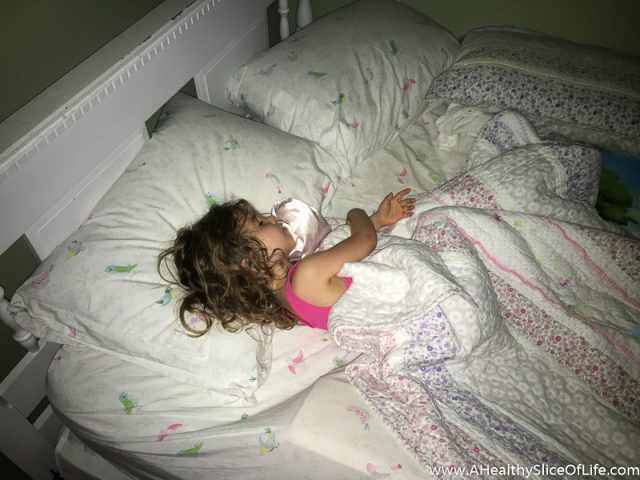 She went through a spell for a month or so recently where she was waking up in the middle of the night to go potty and calling for my help. I immediately remembered how grateful I am to not have a newborn because mama needs her sleep! Luckily, that seems to be better lately (knock on wood). 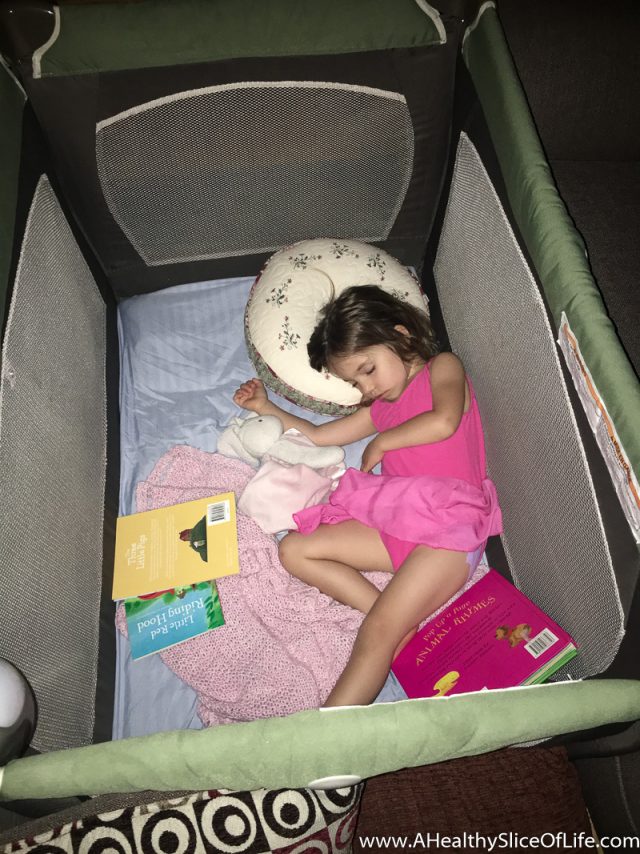 When we travel, she still rocks the pack and play. I think it just makes her feel cozy and safe and I’m not going to mess with that.

For the most part, the girls have always gotten along really well. My hope for the girls is that they will continue to develop a deep friendship and love for each other. I think it’s every parent’s hope that their children will be close. 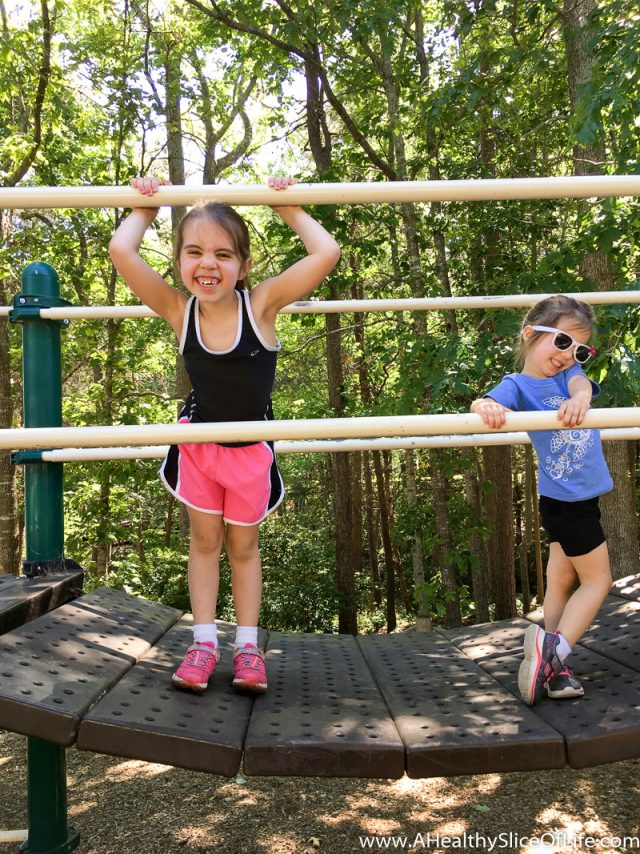 Now that Kaitlyn is three, she’s not as much as a pushover as she used to be, so there are moments of squabbles when Hailey and Kaitlyn do not agree on what game to play and it can lead to tears for both parties. I feel fortunate that for the most part they do play really well though and I can find them tucked away in a corner with Hailey reading to her little sister. When they watch a movie, they are always cuddled up with each other (melt my heart) and in general, Kaitlyn looks up to and adores her big sister, often copying everything she does. 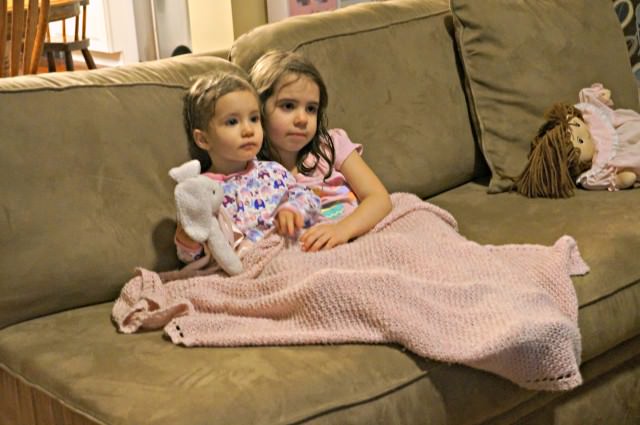 Kaitlyn’s favorite things to play at three years old are probably dress up, helping me in the kitchen, and singing/dancing. She isn’t in any formal classes but we are considering putting her in dance in the fall because she spends Hailey’s classes staring wistfully in the room. 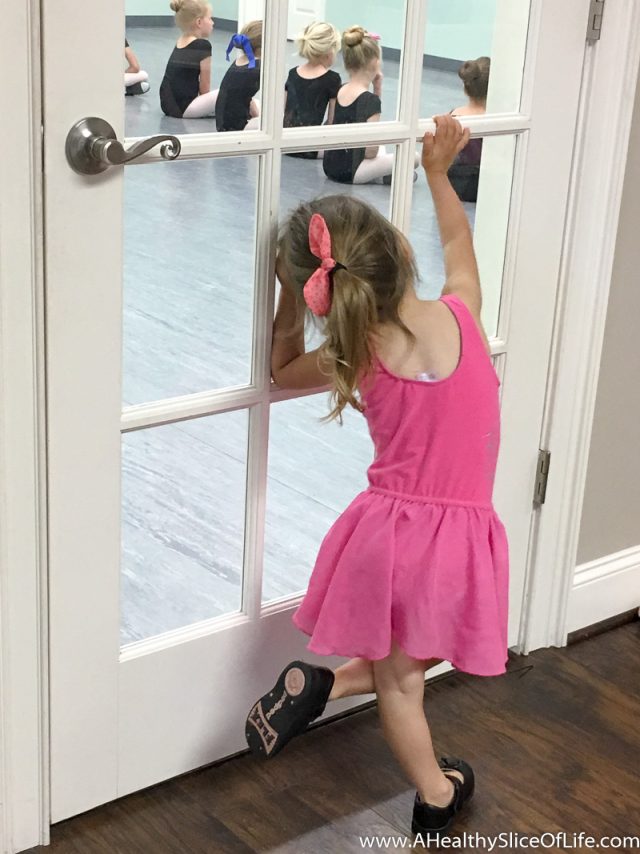 Oh wait, I just forgot, she is in tennis lessons! We hadn’t intended for her to be, but Coach Shelly let her try one day and she kept up quite well with the other kids (ages 5-8). So now she takes tennis and has earned herself the nickname cupcake, which she is very proud of. 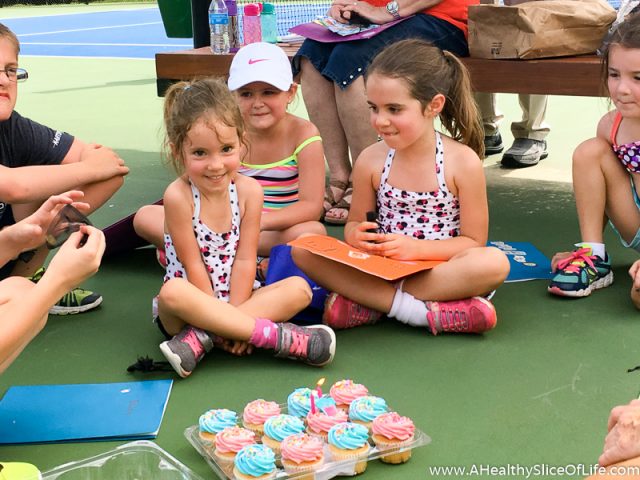 She “made” the junior swim team, but then refused to get in the water because it was too cold, so now she just plays on the steps. Maybe next year!

We recently had her three year appointment and are thrilled that she’s on the charts! (A surprise since I still buy her 18-24 month size skirts). 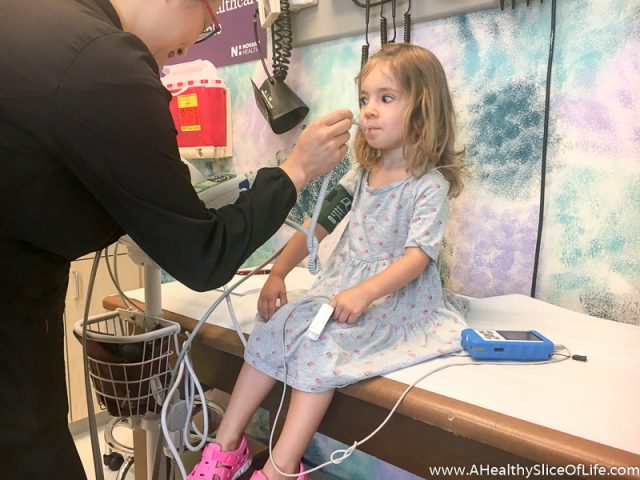 She is super snuggly and always wants me to be holding her or sitting on my lap. 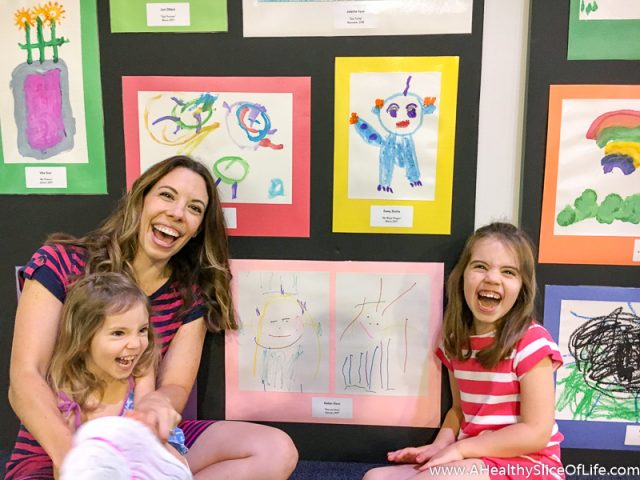 I do not mind this and will snuggle my girls as long as they let me. 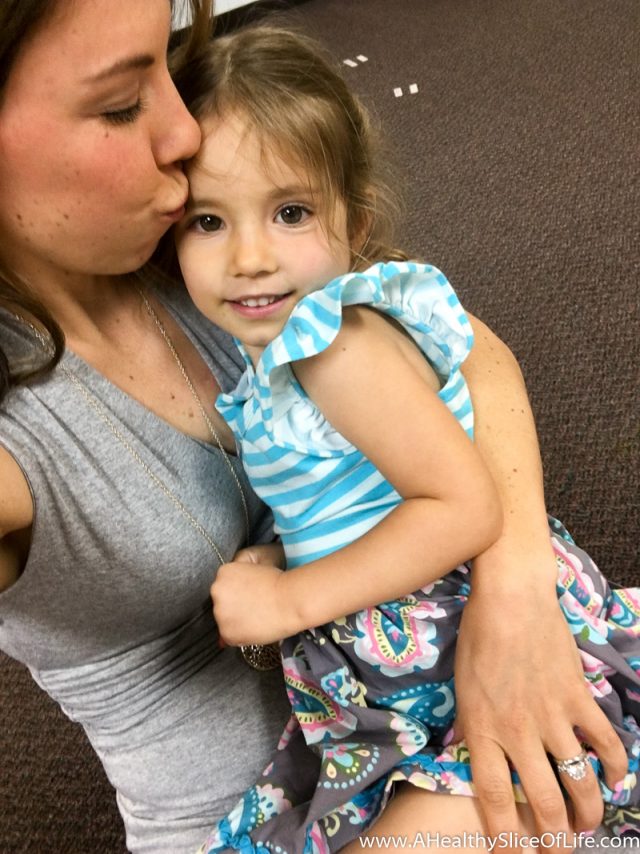 I adore her hair, which she always wants “down and long.” It will sometimes fall straight, but in summer humidity in will bounce up into soft ringlets. 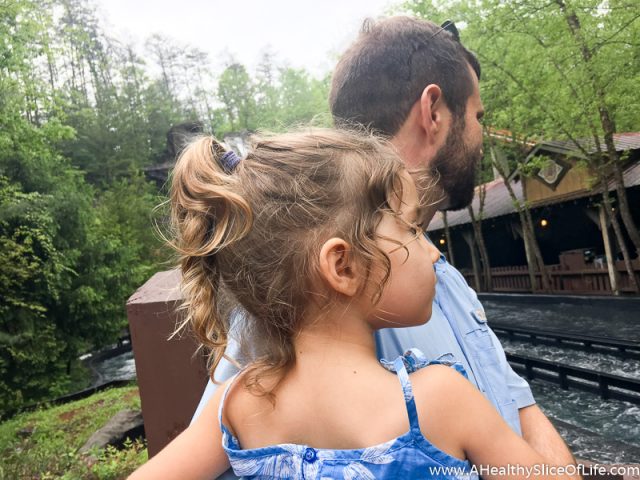 Clearly I could go on and on and on about the sweet baby of our family. We love her so much and parts of me hope she never outgrows her sweet little voice she has now. You can check out her three her old video interview to hear it if you want!

I love how she answers with such conviction, though we did the interview twice and one time her best friend was Parks and one time it was Ivy; fickle girl 😉 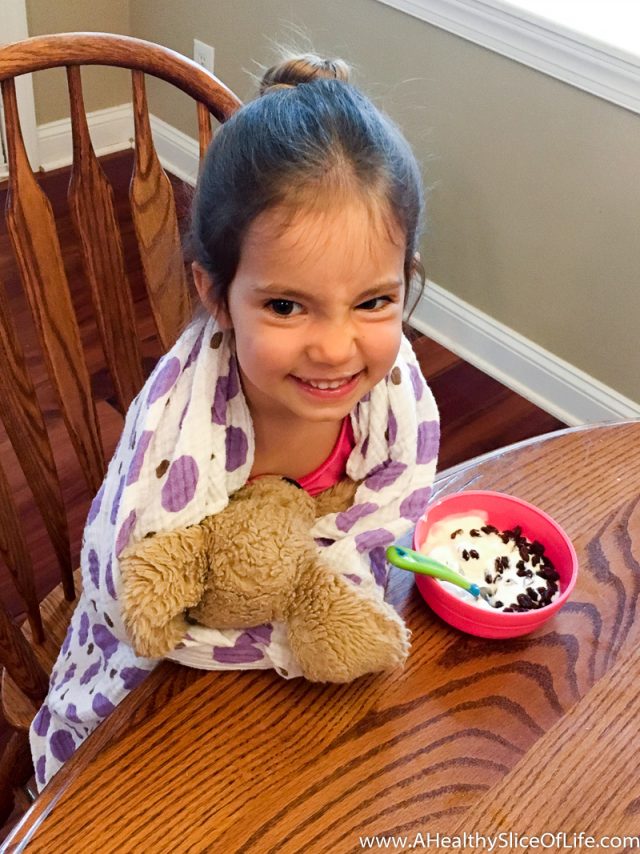 Happy third birthday, Goose! We love you so much!