The new exhibit, Tyrannosaurs: Meet the Family, opens today at Discovery Place Science. We’ve been anticipating this opening for months and were invited to a donor preview this past Thursday evening. It was especially exciting because it was a preview that the whole family could attend, so we made an uptown adventure out of it!

We parked in the deck at Discovery Place around 4:15 PM with a mission to find some appetizers to snack on. Walking with the girls through the busy streets of Charlotte still raises my blood pressure, but they are just starting to reach ages where not only is it possible to go on adventures in the city, but that it’s enjoyable for everyone, too. 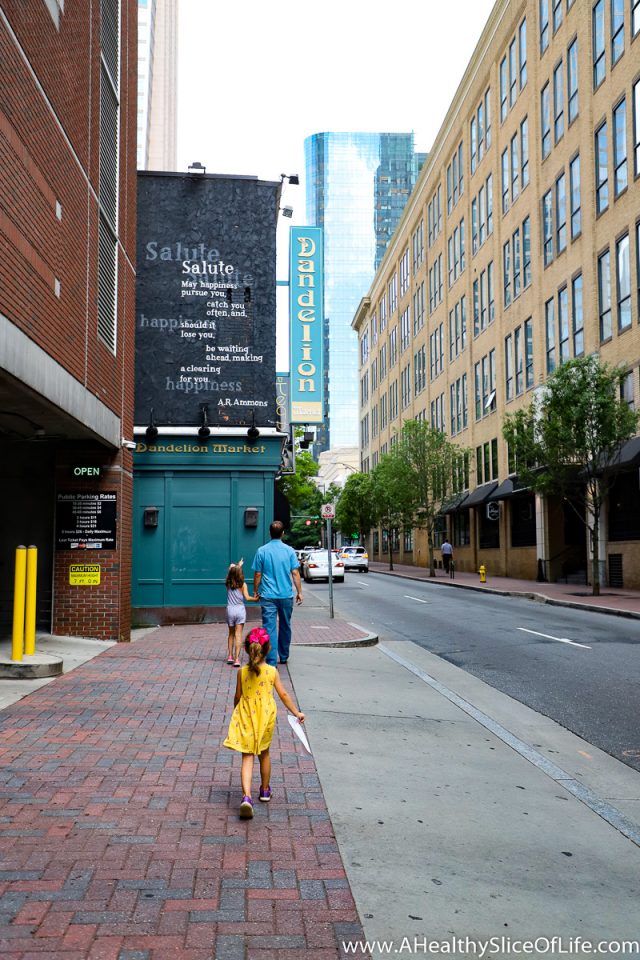 We walked only a block or so before we stumbled on Dandelion Market. Being that it was so early, we basically had the place to ourselves, so we picked a window table and a few snacks to share and set up shop. 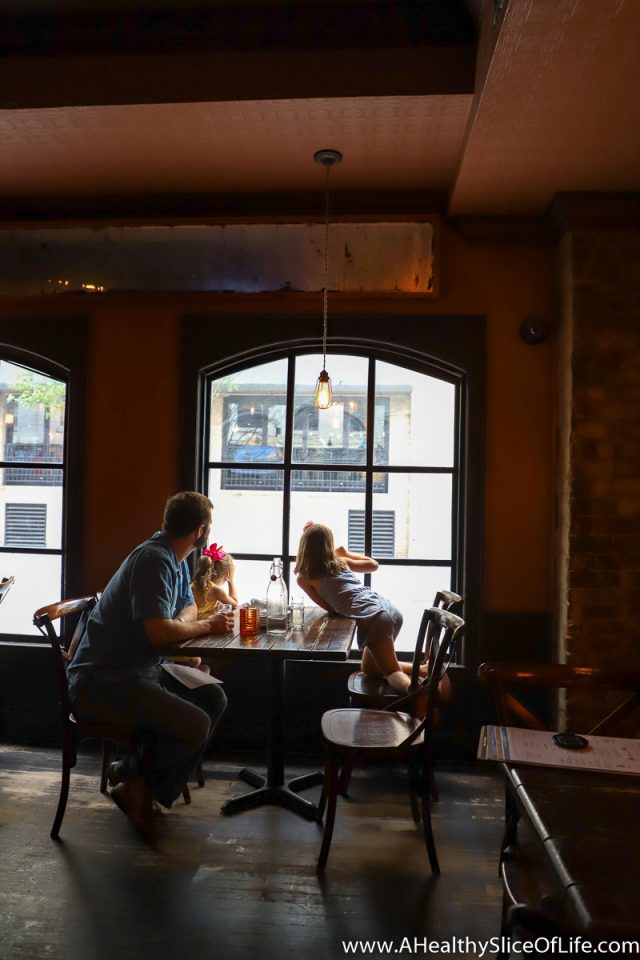 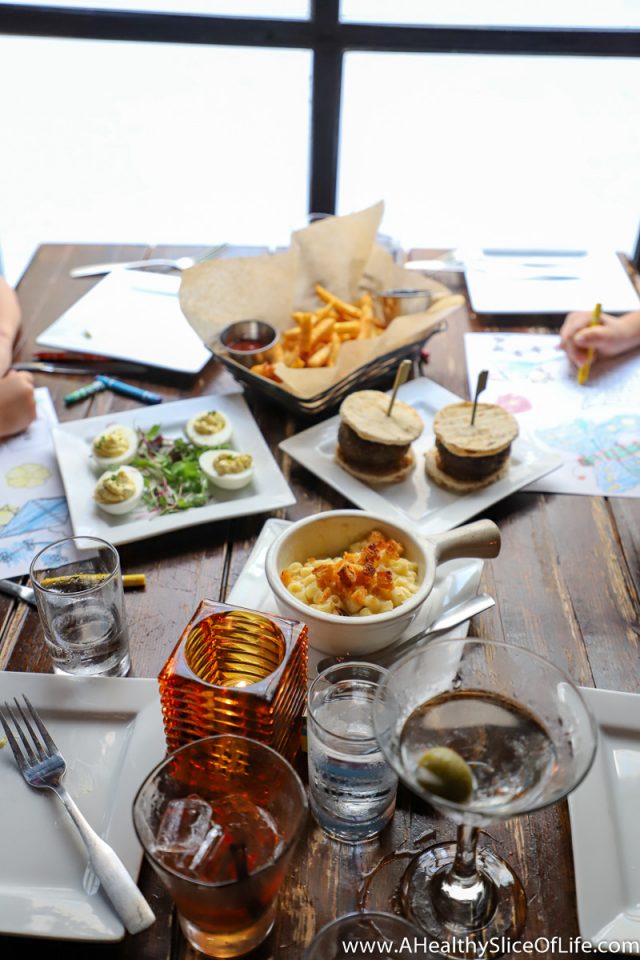 Two coloring pages and several small plates later, we wandered over to Discovery Place to meet the dinosaurs. The girls were giddy and their excitement only doubled when they were greeted with dinosaur suckers and hugs from T-Rex himself. 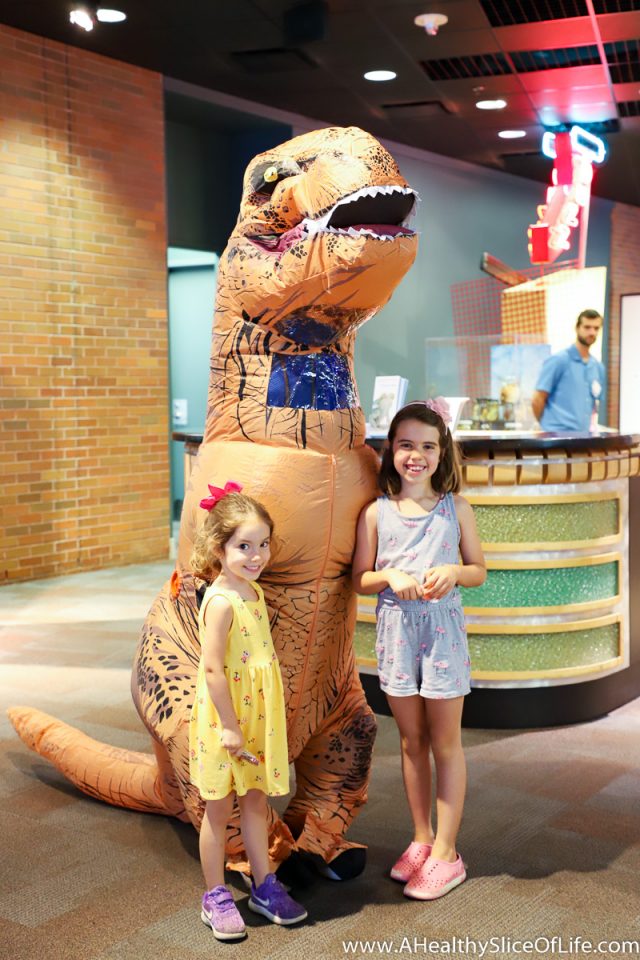 Yes, Kaitlyn’s shoes are on the wrong feet. Little sassy pants prefers them like that.

Once we steered the girls past all the other eye-catching kid fun that they are used to, we arrived at the new exhibit, which welcomes you in by walking down a hallway with scenes from Charlotte on each side, in which virtual dinosaurs race down the street. It was such an engaging way to get the kids pumped up from the start. 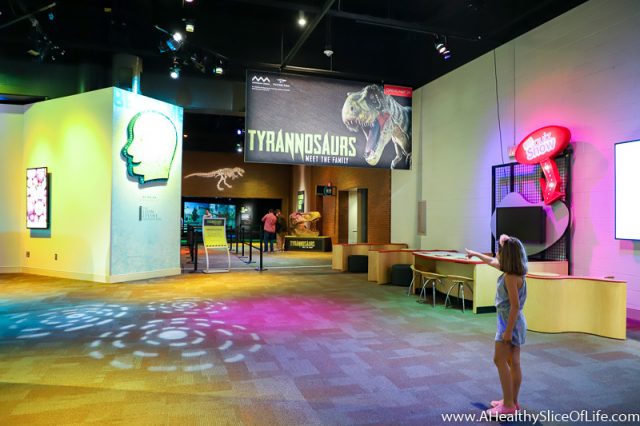 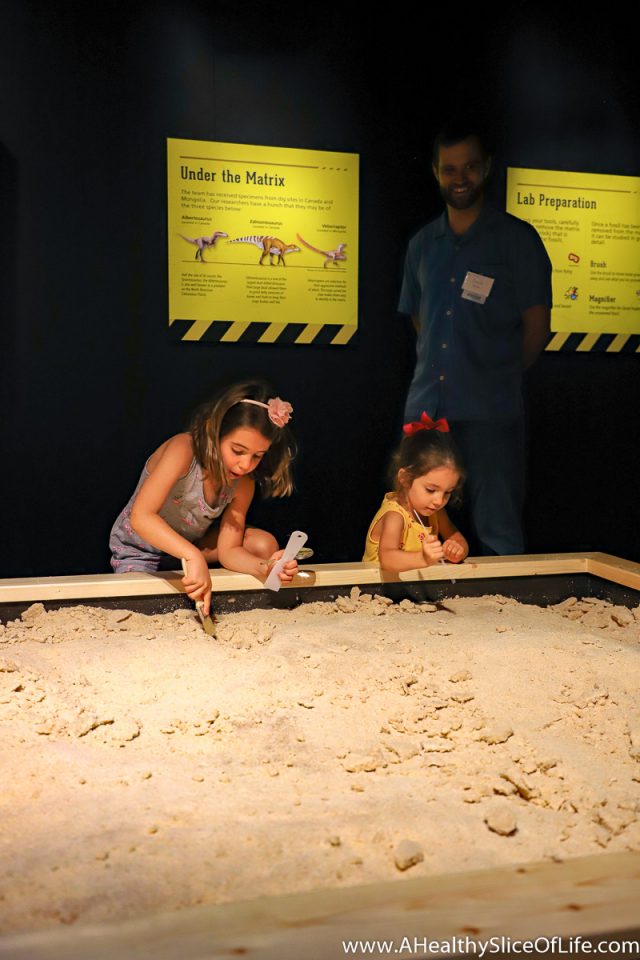 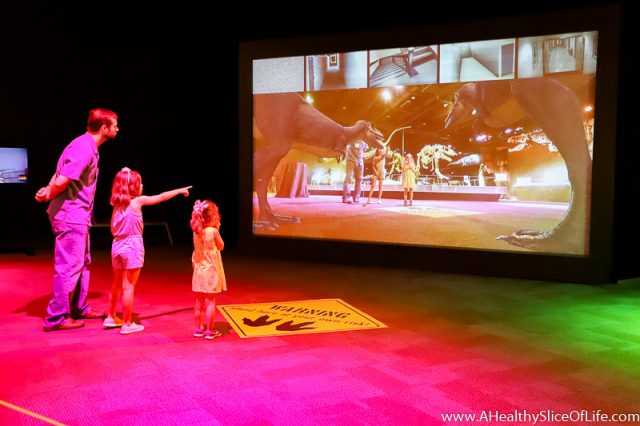 I don’t want to give all the fun away, but I will say that the girls had a ball running around the exhibit with the other kids present for a solid hour. Between another screen (above) in which you could chase away virtual dinosaurs, a excavation station, fossils, and even a presentation from an archaeologist who explained why Jurassic Park could never really happen (which I’ll admit, made me feel a little disappointed) the entire evening was educational for all of us. We had so much fun that we had to drag the girls away with a promise we’d be back soon to play again. 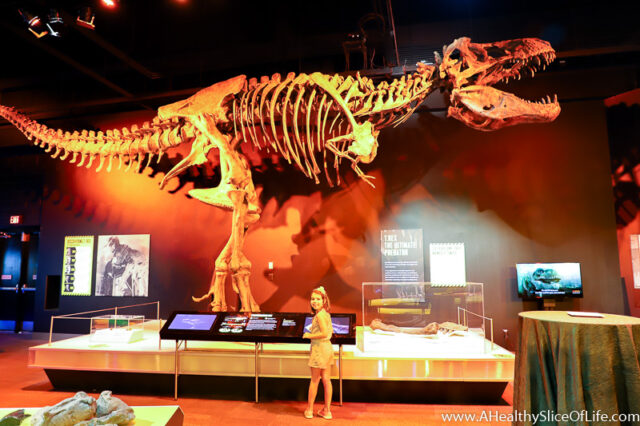 I wouldn’t call any parts of it scary, though that night Hailey woke up that night after dreaming about, you guessed it, dinosaurs. She’s our child that never wakes up so that was an twist we didn’t expect. Luckily a story about fairies did the trick and she was back to sleep soon enough, but if you have a little one that is sensitive, you may want to peek your head in the exhibit first to make sure it’s a good fit. It does say that it’s for all ages, but I just know some kids are more sensitive than others!

Overall though, I can’t recommend it enough. We feel so fortunate to have such an incredible children’s museum in our own backyard and we can’t wait to go back again to see the dinosaurs while we have them (through September 3).

Do you have a favorite exhibition you’d recommend?