Happy Labor Day to my fellow Americans! Does anyone know why we celebrate it? I’m not too proud to admit I had to google it, so for fun, here is your fact of the day. Labor day was officially declared a holiday in 1894 to commemorate the contributions workers have made to the strength, well-being and prosperity of our country.

And now I know.

We started off our weekend with a bang. Actually, it was pizza, wine and the documentary Going Clear about Scientology. Woah.

Saturday morning David went shooting, so the girls and I hit up the Davidson Farmers Market. 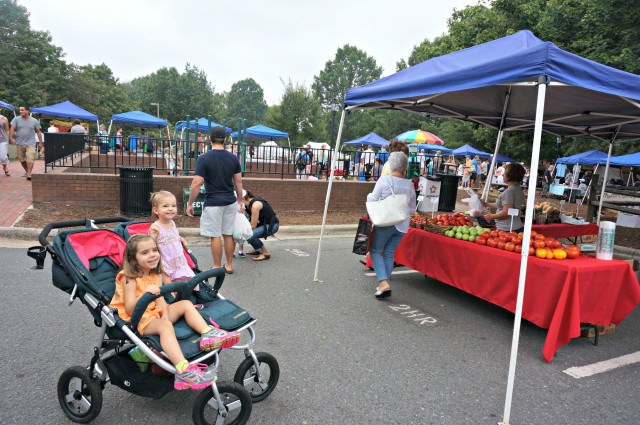 They had a ball on the playground, eating popsicles and going on a walk through downtown Davidson. It filled up a solid morning and we made it back home in time for lunch, naps and the Georgia football game, which I realized we didn’t actually have access to. So instead I did a periscope on my favorite healthy counter top staples! 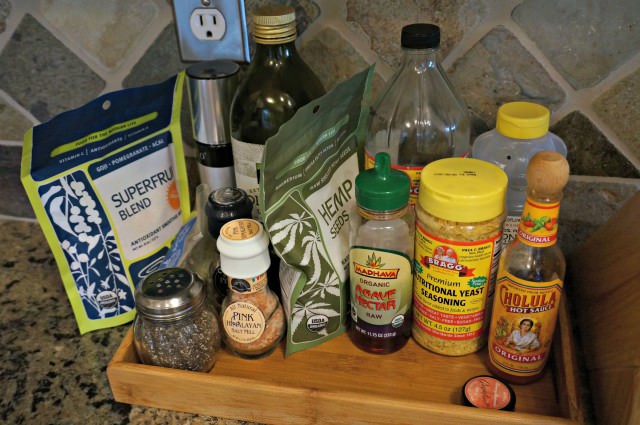 And I did some recipe finalization, which David helped me photograph once he arrived home. 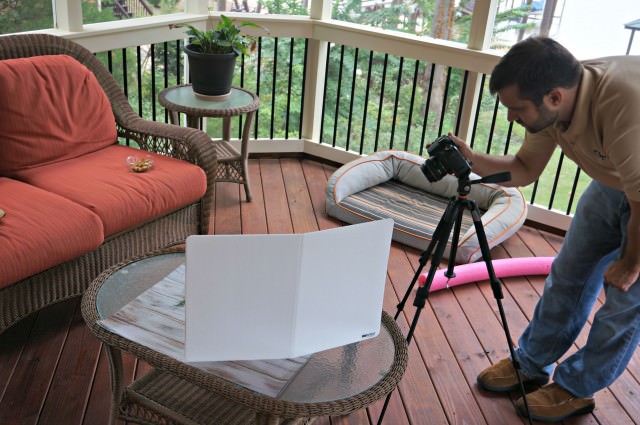 Saturday evening David and I had a special date night out. 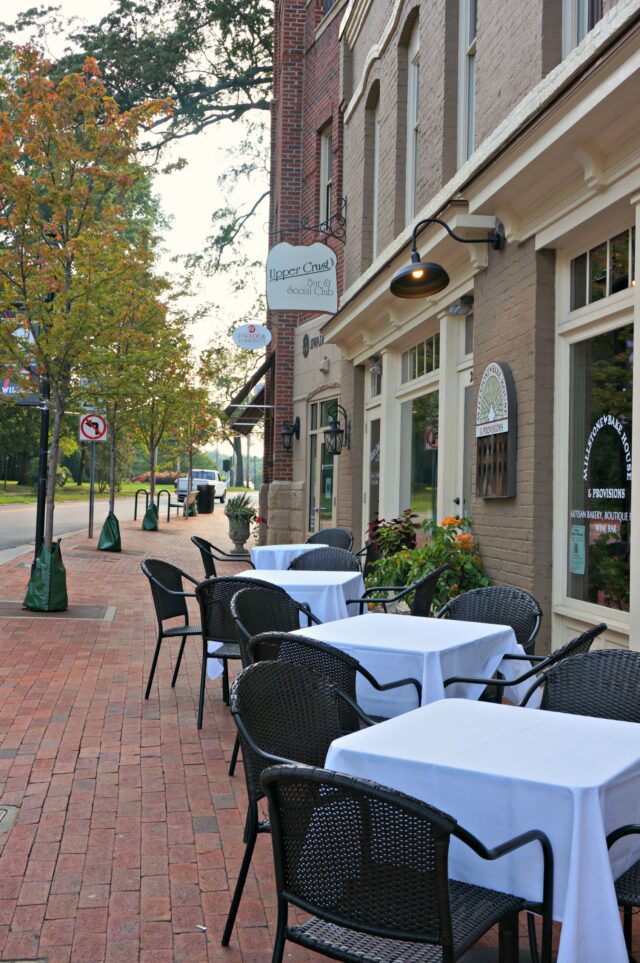 We started at the new at the new Upper Crust Bar & Social Club in Davidson that opened just over two weeks ago. I loved the vibe! Exposed brick and a relaxed yet swanky feel made it a great spot for a cocktail. 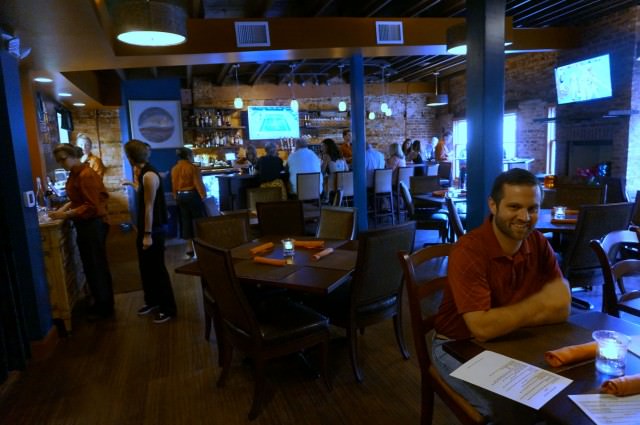 We just were there for an appetizer and tried the scallop and flounder ceviche (delicious) along with this dish that had a goat cheese and lamb mixture inside a sweet pepper with an olive salad and baby leeks. 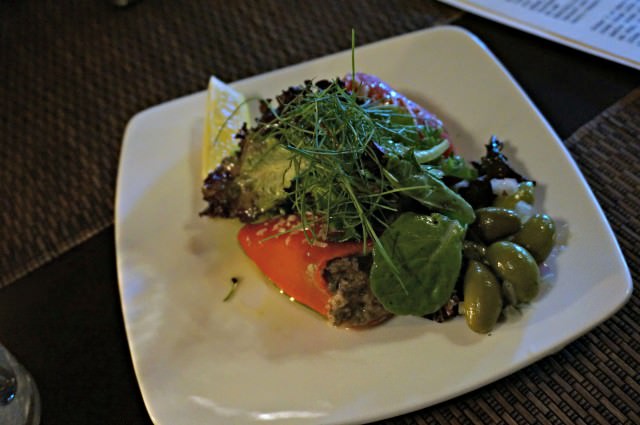 Despite my terrible picture, the flavors were amazing!

From there we stopped by the winestore in Cornelius for a few sample tastes before heading to my friend, Courtney’s, house for her 30th birthday party. I love hanging out with friends without kids around occasionally because it means complete sentences and wine. 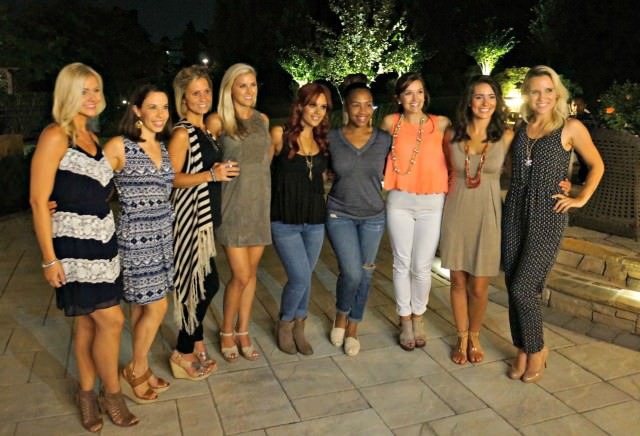 Sunday was incredibly low key. We (all of us- Koda included!) spent a full morning playing at a park. 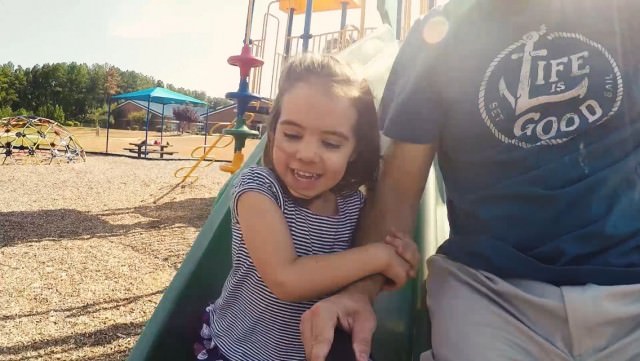 After lunch and naps, we stuck around the house, cleaning, playing and just relaxing. The girls played by themselves for over an hour upstairs. We’d occasionally hear giggles and my heart would explode. I love watching these two become friends. It was so awesome that I didn’t even mind that much when I went up to discover an entire bottle of shampoo was used to “clean” a cardboard box.

That evening I made a wild variation of this Turkey and Black Bean Chili to help soothe David’s slightly sore throat. 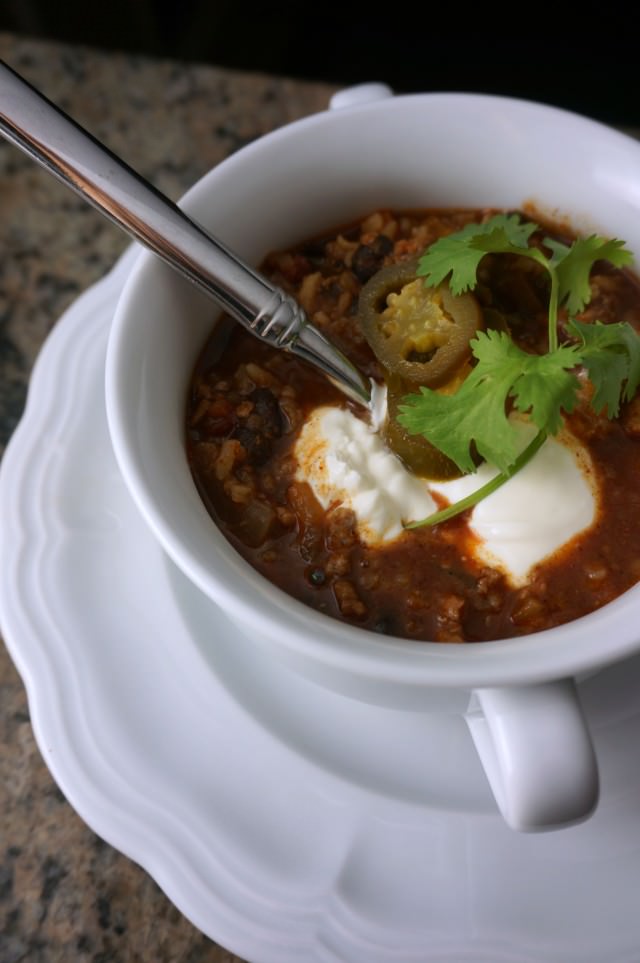 Then we crashed on the couch for another installment of The Story of Us (which I still recommend if you are a history/documentary lover too!). 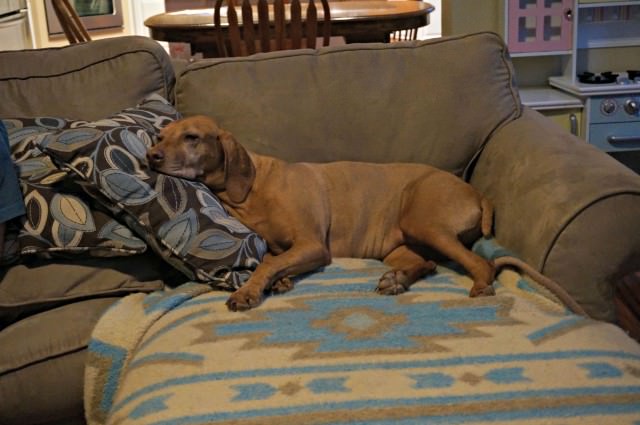 And that’s a wrap!