Yesterday I was thinking about this age that Kaitlyn is at currently. Two and a half. How did that half appear there so quickly? Wasn’t she just turning 2 at her backyard birthday party? I was contemplating the struggles and the joys of this age. Then I grabbed a pen to start jotting down the parts I wanted to remember, like a snapshot of Kaitlyn right here and now. Here is what I came up with. This is two and a half with our sweet, animated, slightly mischievous little goose! 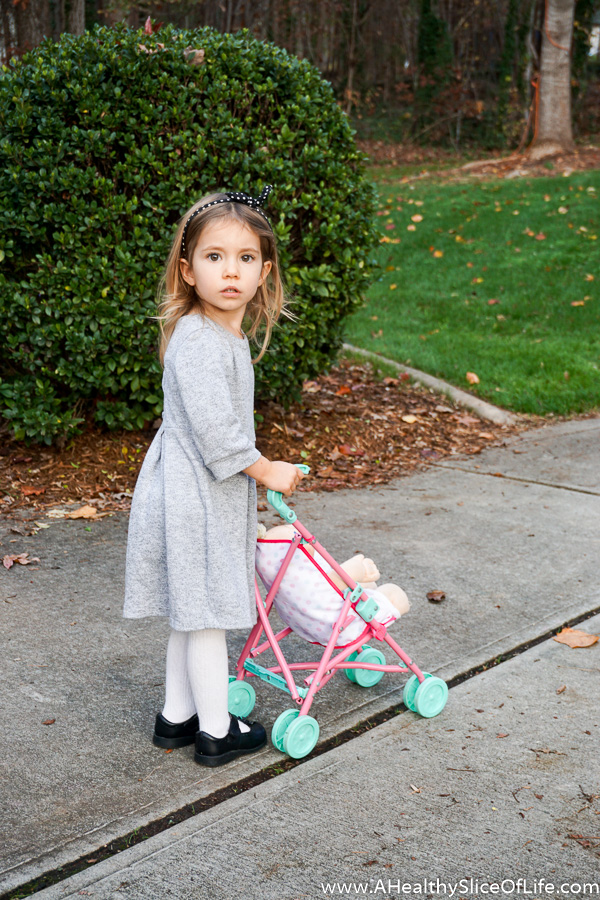 Two and a half is wearing a blanket tied around her shoulders, running around the house singing no rules for me; I’m fweeee!!

It’s expanding the use of chapstick (wipstic) from just the lips to covering her entire face. And being proud about it. 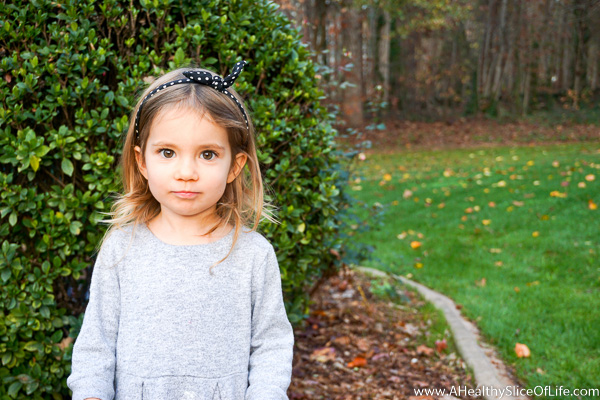 It’s taking her shoes off in the car every single time, no matter how short the drive.

It’s having a natural balayage of which I pretend not to be envious. 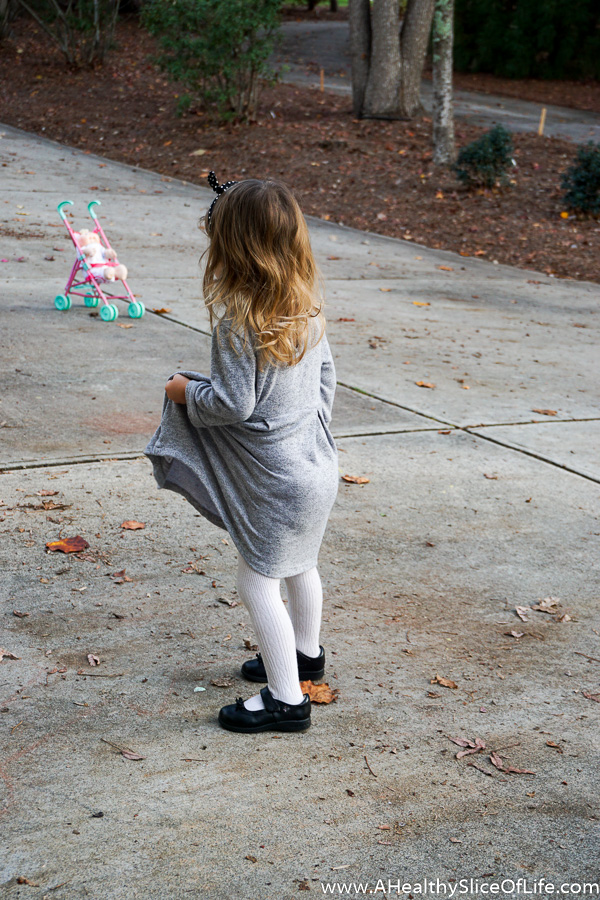 It’s having been potty trained for months, yet still too scared to try sleeping in a big girl bed by herself. 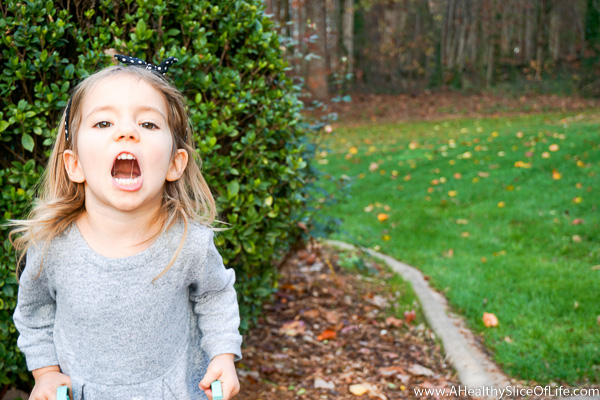 It’s asking me to count aloud to see how long it takes her to do everything.

It’s singing the alphabet and thinking elemenopee is a letter.

It’s taking over 20 minutes to get dressed because she needs bootiful dwess! and only wants skirts and dresses. 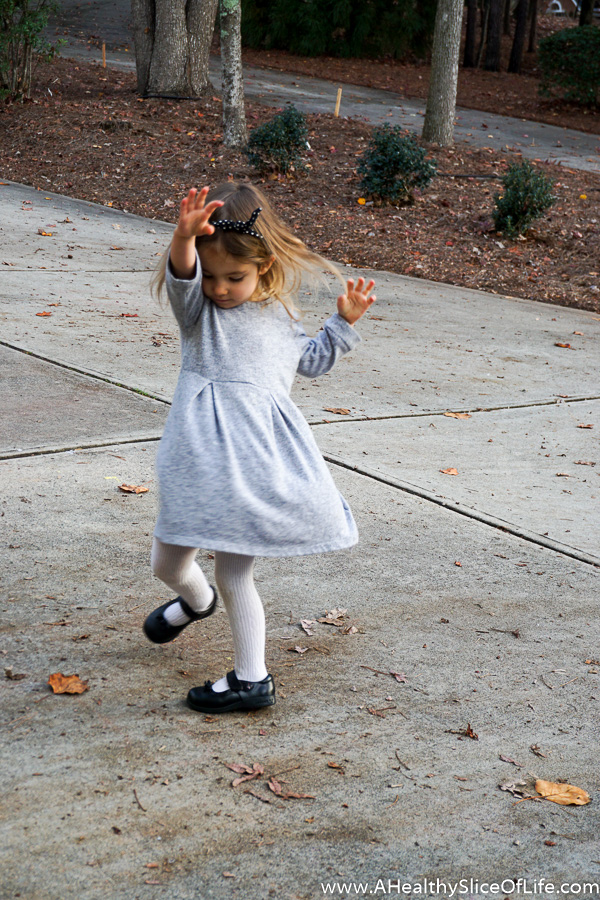 It’s I mish ew mommy and a kiss on the nose when I walk in the door.

It’s needing two blankets, two sips of water, two wipes to hold and her mimi (bunny) when going to bed each night. 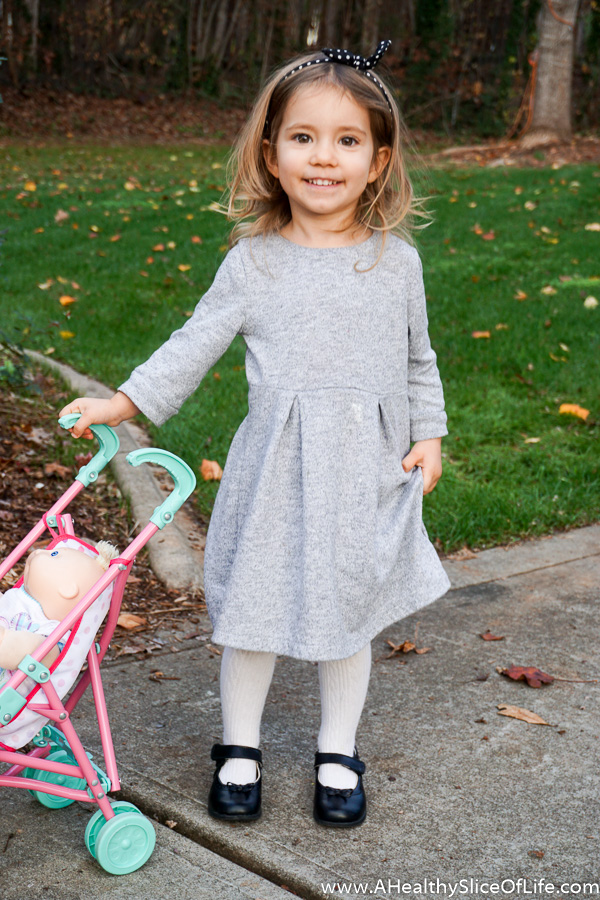 It’s I ‘elp ew! whenever I’m standing at the kitchen counter and then rushing to get her knife.

It’s not understanding why we can’t wear flip flops when it’s 40 degrees and raining. 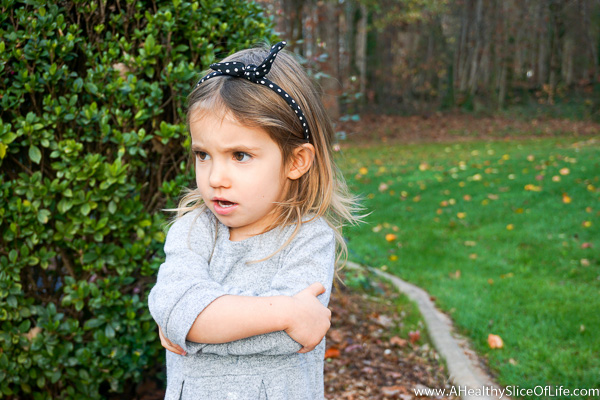 It’s screaming I want mommy whenever dad tries to go get her out of the crib.

It’s me walking in her room in the morning and having her proudly say I yook ow my indow; It’s mwoning time! when she sees the dayight. 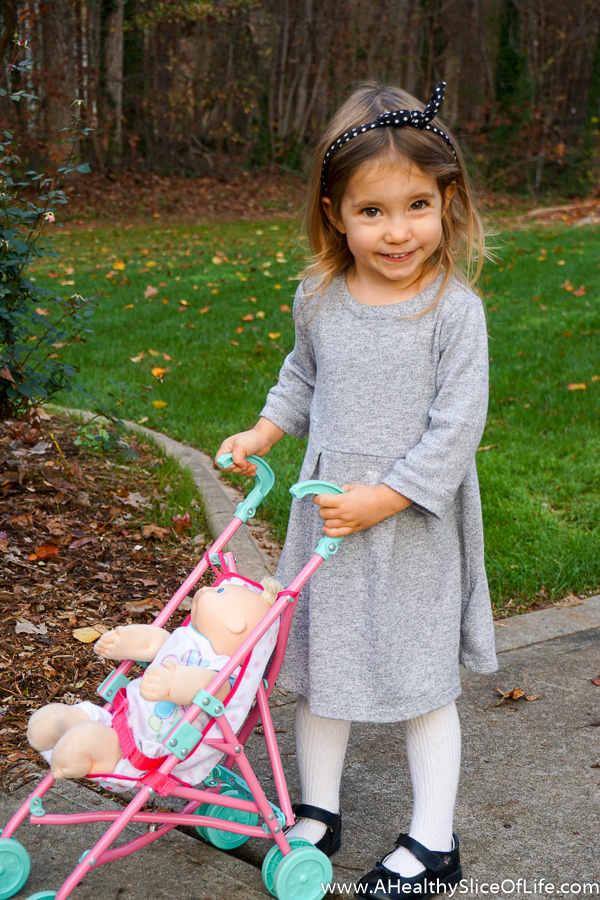 It’s throwing whatever is in her hand across the room whenever she doesn’t get her way. 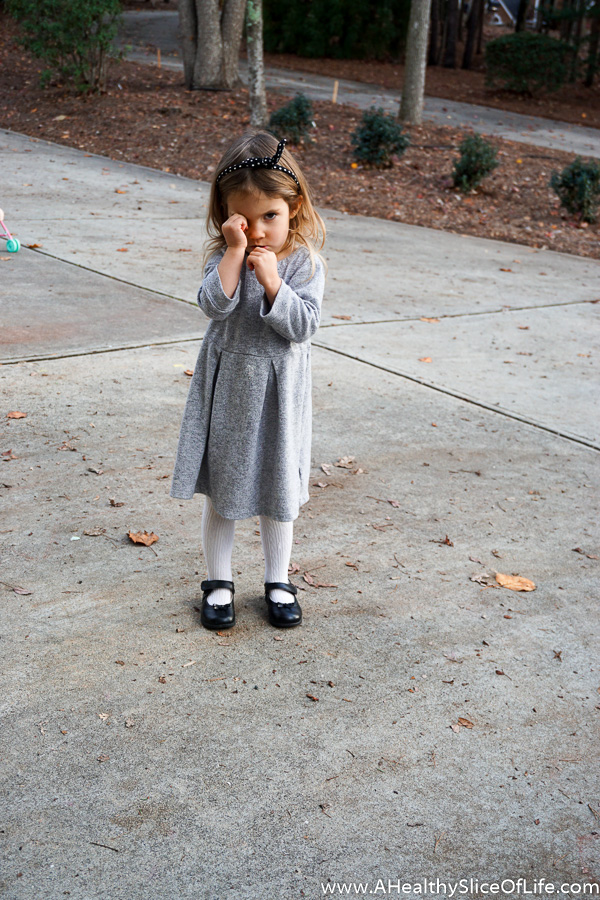 It’s naps that only happen once or twice a week.

It’s slumped over shoulders and I sad! every time she hears the word no. 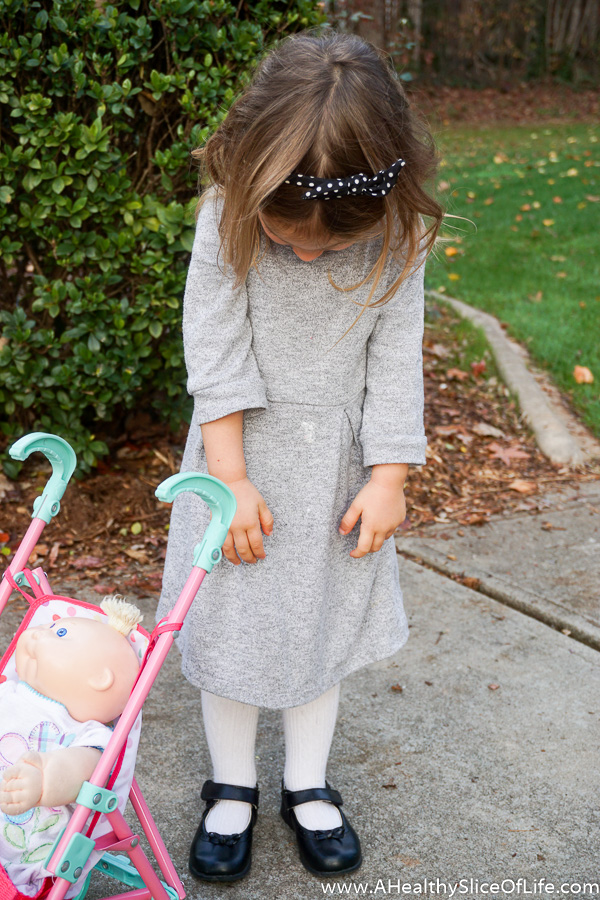 It’s opinions. So. Many. Opinions.

It’s dancing around to music, then bowing and saying tank ew tank ew when the song stops. 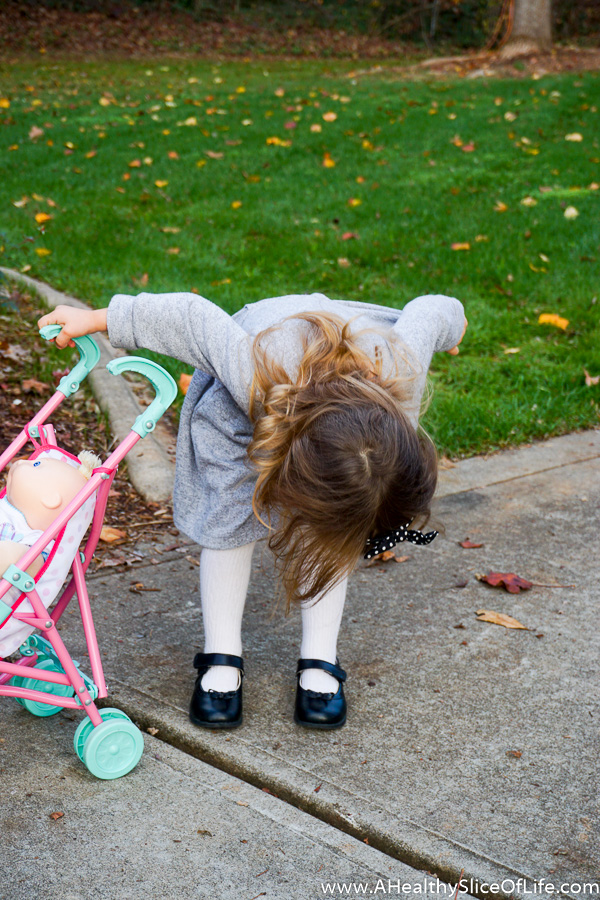 It’s running around with a wand declaring bippidy-boppidy-annnn-boooooo; you a pwincess!

It’s giggling like a banshee when daddy twirls her around. 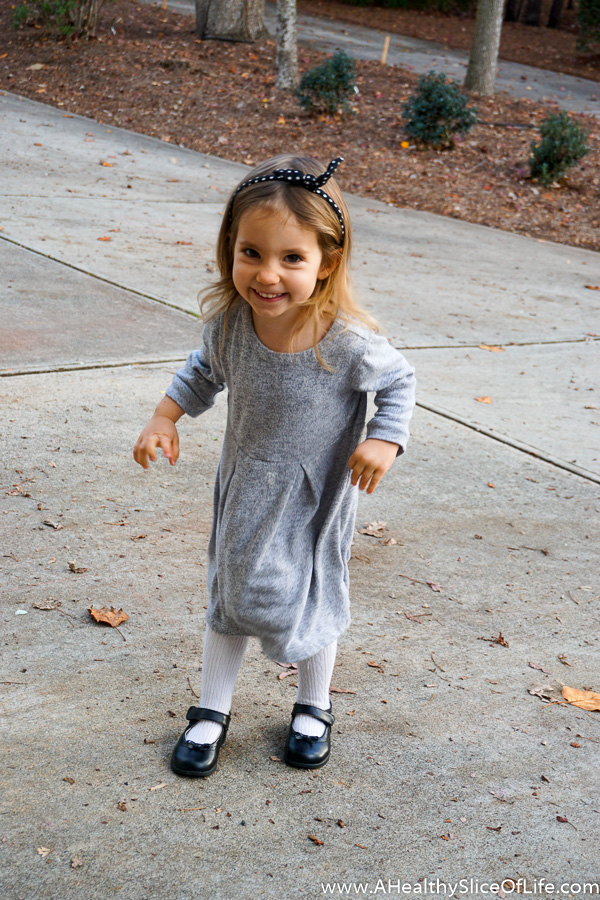 It’s still just barely being small enough to curl up on top of me while we rock.

It’s a squenchy nose smile that melts my heart countless times a day. 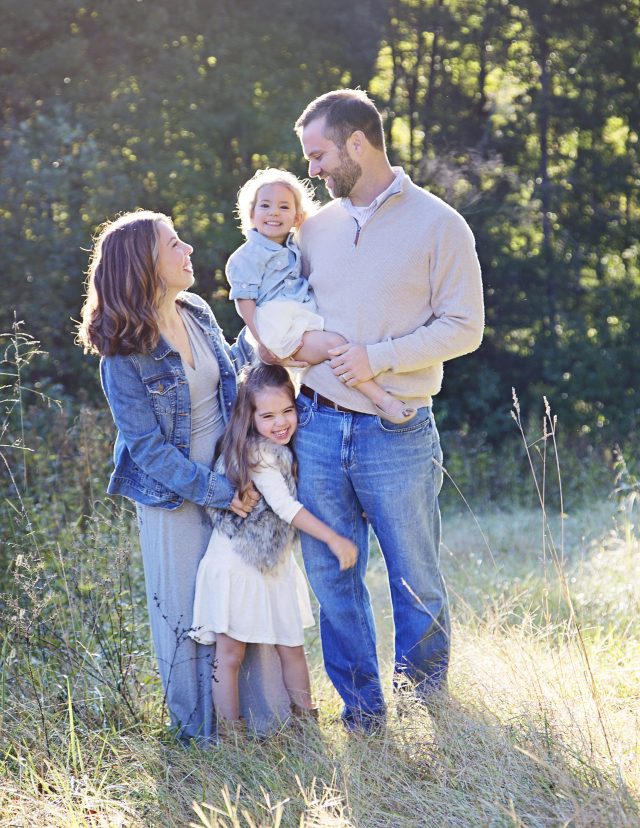 Time, you can freeze here for a bit if you’d like.

For fun: Hailey at Two and a Half