Kailtyn will officially be two weeks old today at 2:04 pm. Before she arrived I tried to picture the whirlwind and chaos that these first few weeks would bring, so imagine my surprise when we sit here at the two week mark actually settling in to our new normal. Please note that settling in should not be confused with any sort routine or schedule; it’s more like a somewhat-organized chaos. Let’s take a look…

Monday was my first official day on my own. I wasn’t sure what we’d do or what to expect, so I just went with it. Well, let me tell you, the day was flawless. Seriously, I felt like super mom.

We read books together while I nursed. We played with toys and colored together at the table. 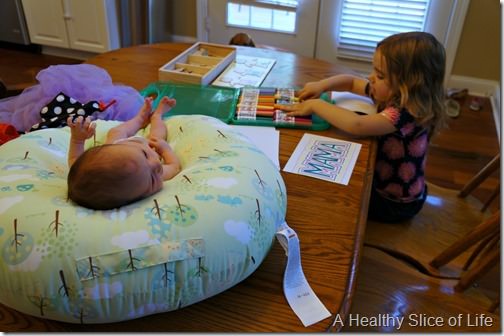 We went on a long walk with Kaitlyn in the ergo (<– life saver!), Koda at my side and Hailey pushing her lawnmower. 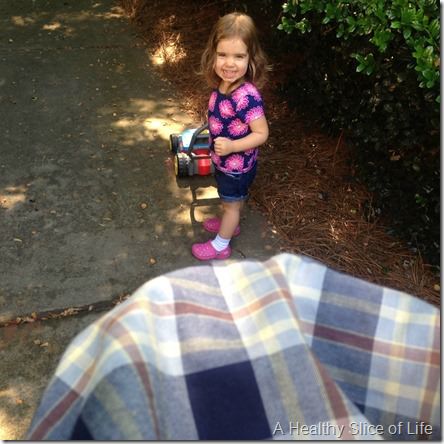 We played on the new swing set. 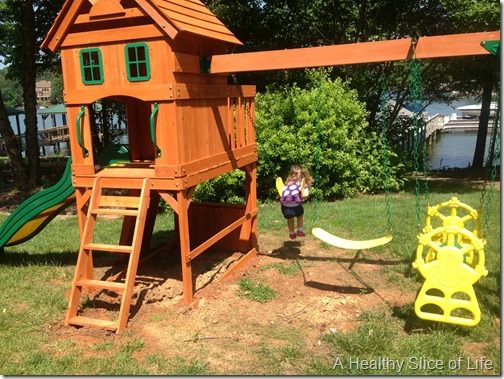 We picked strawberries from the deck to wash and devour. 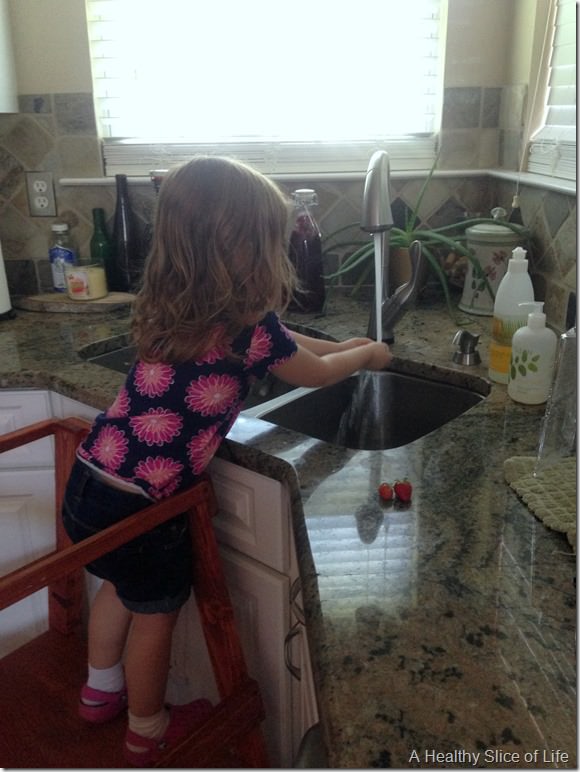 Yup, it was about as June Cleaver as you can imagine. When I had both girls napping at 1:00 pm and was able to do a little laundry and cleaning, I mentally told myself that I could not blog about this. I figured you would either think I was straight up lying or throw virtual tomatoes at my face for making it look easy. Nope, I’d savor this victory in blissful silence.

…then Tuesday came and brought reality along with it.

And I decided that I definitely could blog about it.

Tuesday went about as opposite from Monday as possible. I did manage to get both girls to the bank and get the certified checks I needed to order Kaitlyn’s birth certificate (…um, and Hailey’s which I apparently never did? Oops. #newmomfail). Then the day sort of fell apart and we all looked straight up disheveled. 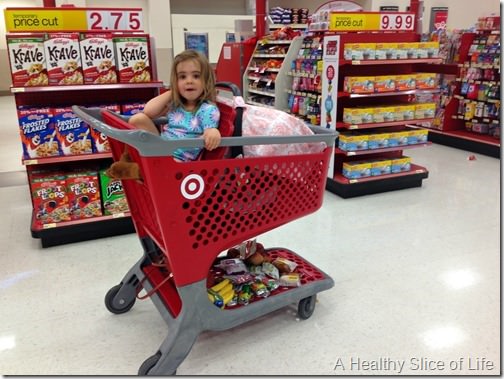 Maybe I sparked it all by trying to squeeze in a trip to Target when I knew I was pushing it. Having Hailey begging the cashier for a bag while Kaitlyn screamed her hungry head off really set the tone for the rest of the day.

Trying to be savvy, I decided we’d stop at a playground so Hailey could play while I nursed Kaitlyn. Good in theory, but it was hot as Hades and I ended up sweating all over Kaitlyn while Hailey begged to be lifted into the swing, which I could not do while nursing. She then decided to run back to the car, which led to a fall, a scraped knee and a crying toddler and newborn while I still had half my shirt undone. Screw this, I thought, and made a beeline for home.

As we pulled in the driveway, the pest control guy pulled in behind us. He came to say hi as I parked. Well, Koda went barking at him like crazy, Kaitlyn was still screaming for the rest of her meal and Hailey was whining for a Band-Aid. Plus, I really had to go to the bathroom.

Ah, I knew reality would arrive sooner or later! Thank you Dora the Explorer for getting me through that one.

The rest of the days have been a blend of Monday and Tuesday. I figure those are the new normal. A beautiful, unpredictable, sometimes stressful blur of days that will turn into weeks, then years. The days are long but there years are short. That’s what ‘they’ say, right? 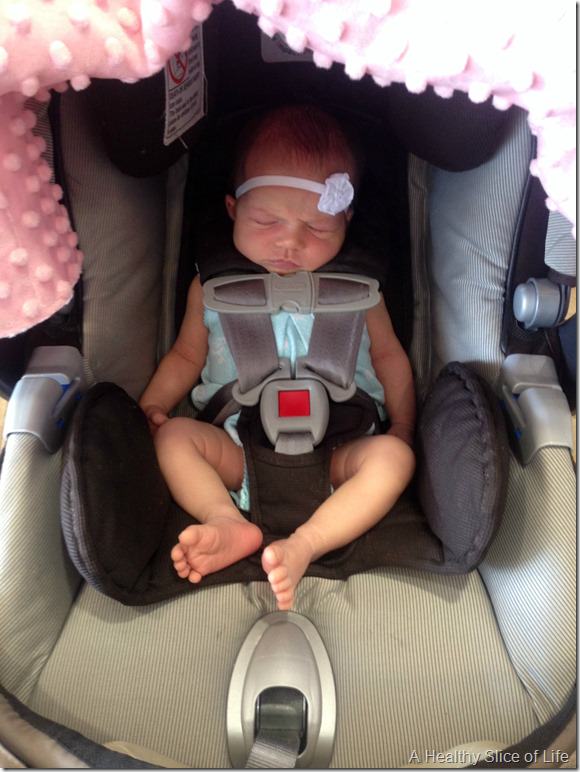 I have, however, learned a few tricks in the past two weeks that have made the transition a bit easier. 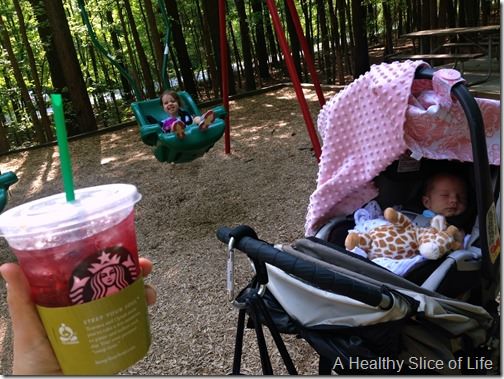 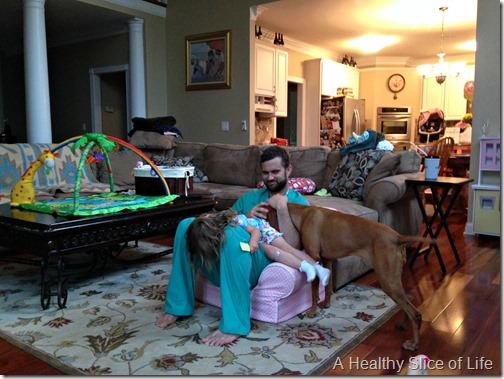 So there’s the first week on my own in a nutshell. My washing machine pretty much runs non-stop, I’m almost fully dependent on dinners brought by friends and even though my type-A side would love to see some semblance of a routine develop, I know we’ll get there in time.

I hope you all have a great weekend!