No one can tell me that social media isn’t an influence. A week or two back I saw a friend’s instagram story, sharing their trip to Grandfather Mountain, the highest peak in the Blue Ridge Mountains at 5,946 ft. 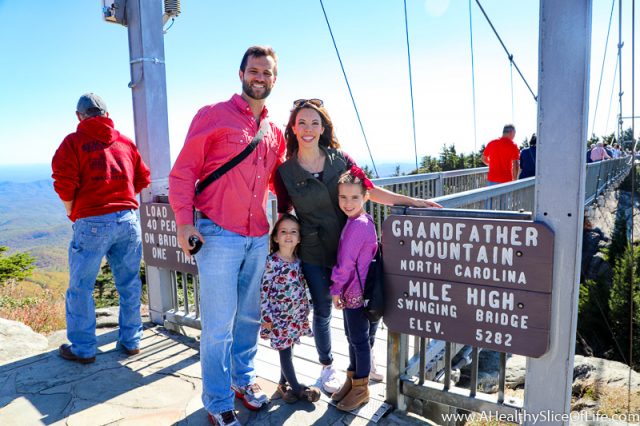 It had been on my list to visit for a while, but had fallen off my radar. This past Friday when David had some wiggle-room in his schedule, we decided to make the two hour trip northwest to explore. We arrived in the area around 11:30 and already hungry for lunch. Unsure if they had food in the park (they do), we stopped at a new-to-us BBQ spot in Banner Elk called The Pedalin’ Pig. 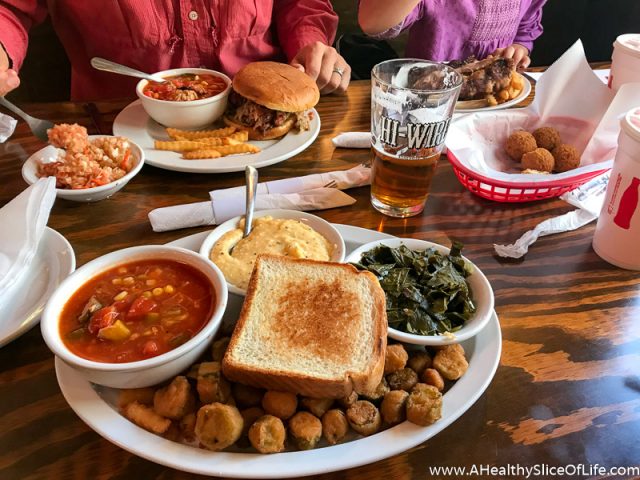 The food was wonderful! I opted for the veggie plate because I never take the time to make fried okra myself, but maybe I really should because I forgot how delicious it is! I should mention the service was outstanding too, making it the perfect spot to grab a bite before continuing on.

Six miles down the road was the entrance to the privately-owned, non-profit Grandfather Mountain Park. We found out it was the weekend of the 40th Annual Wooly Worm Festival (which may sound silly but is actually a big deal) and there was a line of cars waiting to get in. We rolled the windows down to soak up the mountain air while we waited, paid our $59 (a heads up to visitors, it’s $20 per adult and $9 per kid older than 4 so be prepared), and headed up the mountain. 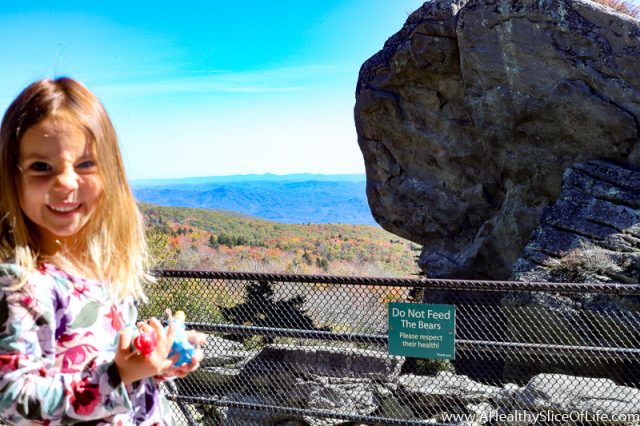 I knew exactly where I wanted to head to first: the animal exhibits. The have habitats set up for Bald Eagles, otters, cougars, and BEARS. I thought seeing the bears would be neat but it exceeded my expectations as I was immediately enamored with the beautiful, powerful creatures that were chillin’ only about 20 feet from me. 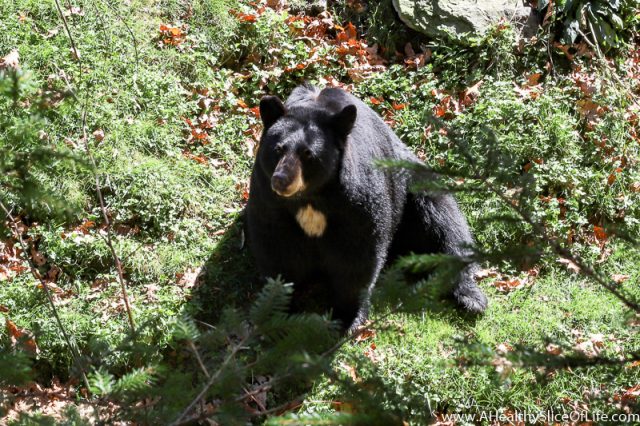 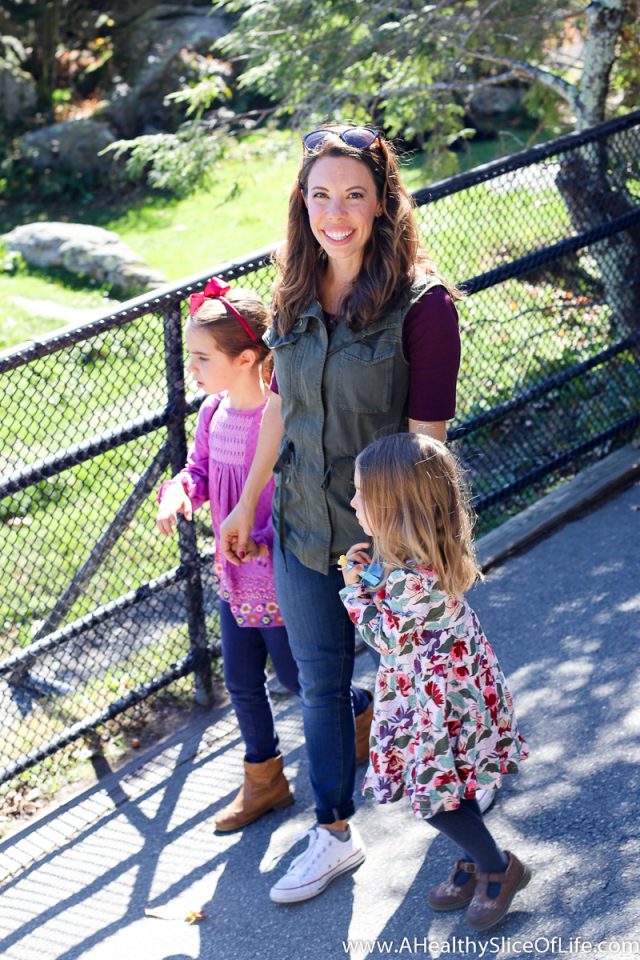 I was enthralled. We left to go see the other animals, but I begged to swing back by the bears one more time. I mean, just look! Wow. 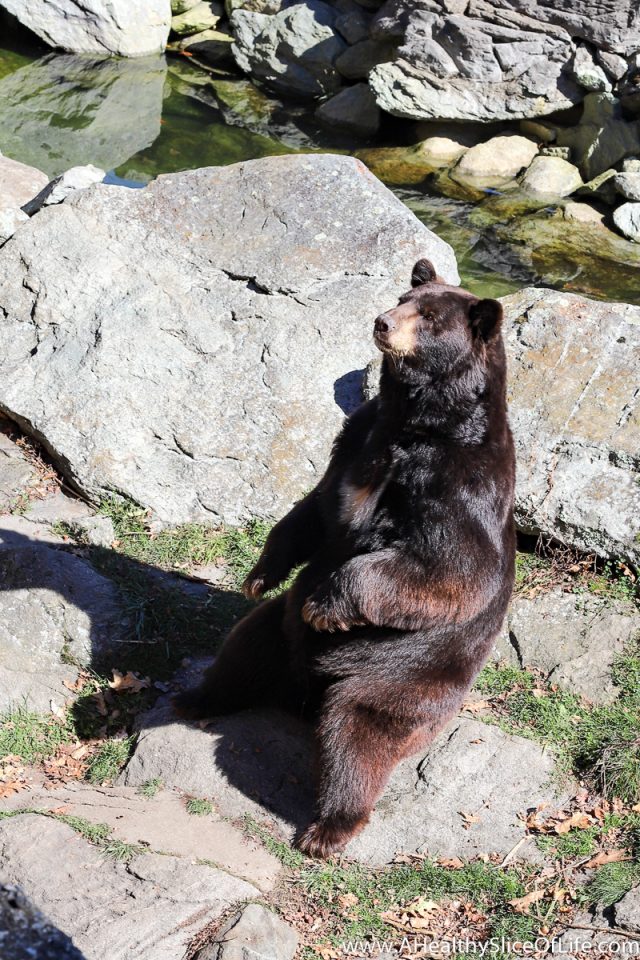 I probably could have stood there all day watching those magnificent creatures, but there is a lot to see, hike, and do within the gates of Grandfather Mountain, so we continued to higher ground. We opted to park the car and hike the .5 mile trail up to the Mile High Bridge, which is their most well-known attraction. 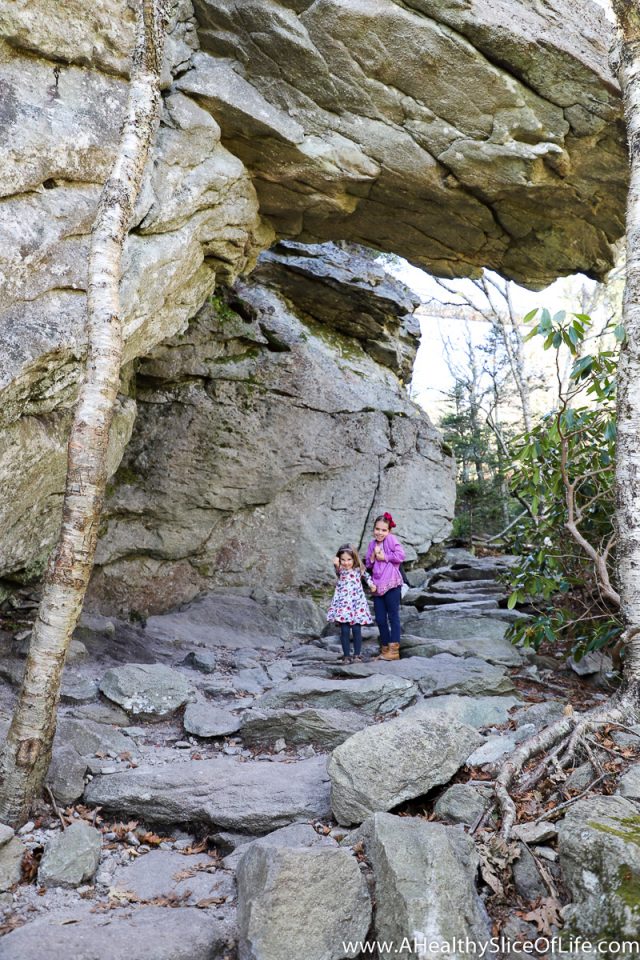 I was really proud of the girls. I knew Hailey was a good hiker, but impressively Kaitlyn kept up just fine and even led the way a time or two. The hike is a fun one, with lots to see, rocks to climb over, and boulders to play on and under. 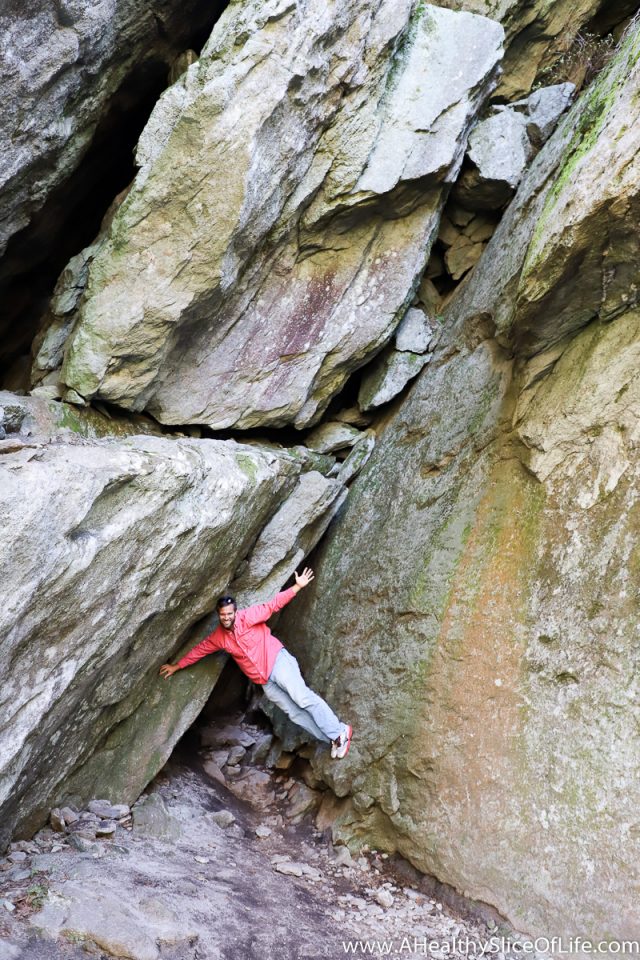 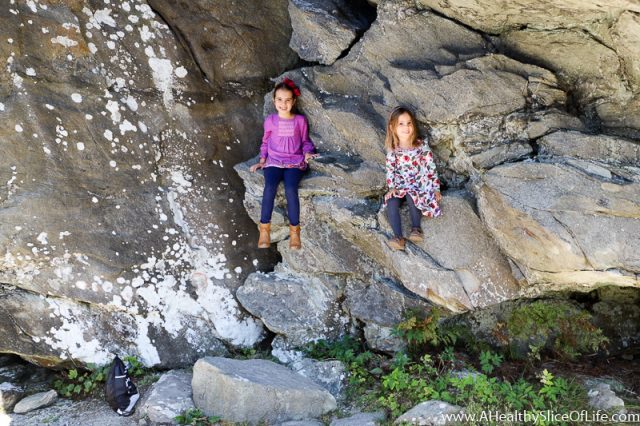 The park was rather full that day and though we passed several people on the trail, it really didn’t feel too congested to enjoy. When we arrived at the top, it was immediately obvious why people seek this spot out. Breathtaking! 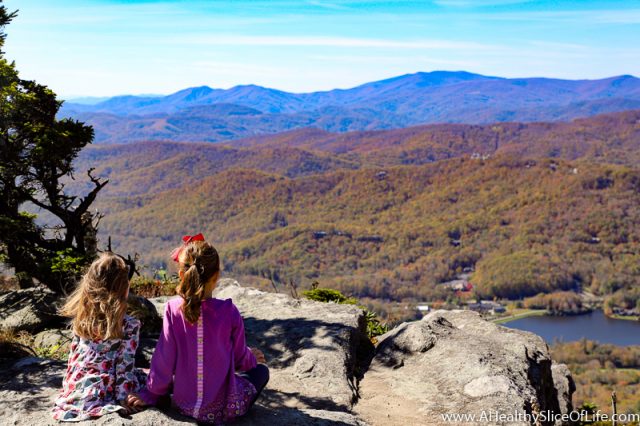 And I mean that in more than one way. It’s beautiful, of course, and the leaves were just beginning to change (local friends, I imagine that in 1-2 weeks the foliage will be ideal). However, my breath was stolen because I forgot the fact that I’m not a big fan of heights until I was halfway across the mile high bridge that began to sway in the wind. 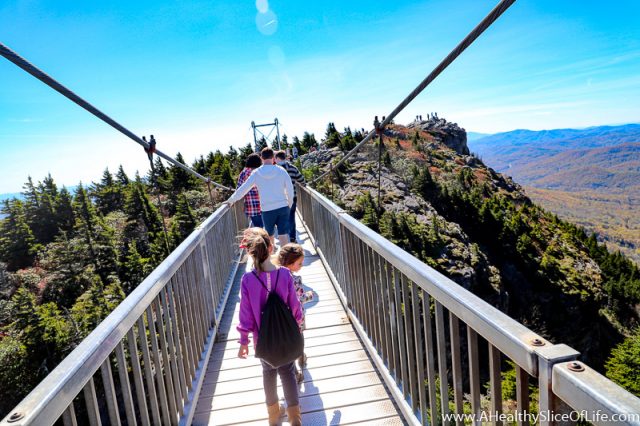 My hand gripped the rail and I started shaking. I just kept telling David to stay right with the girls, who were fearless, because all I could concentrate on was putting one foot in front of the other. I really don’t want to pass my height issues onto them so I stayed a few feet behind, finally making it across with white knuckles. 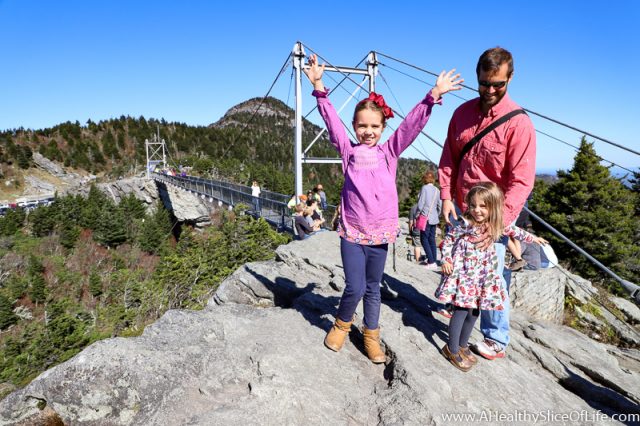 Across the bridge there are several rocky areas to climb around on and multiple picture taking opportunities. Though the drop-offs aren’t as insane as they appear in the above picture, there are a lot of steep sides which immediately made me understand why some people leash their children. 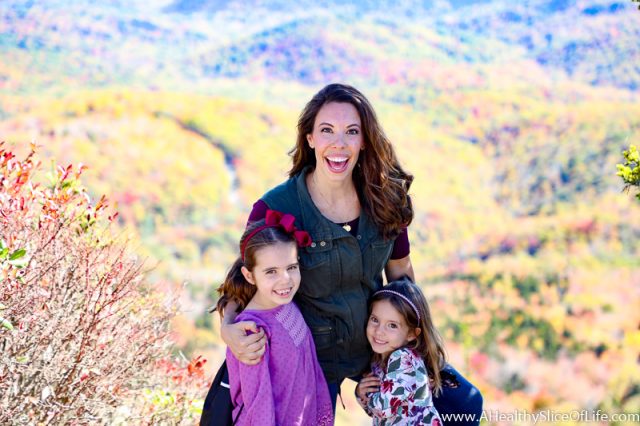 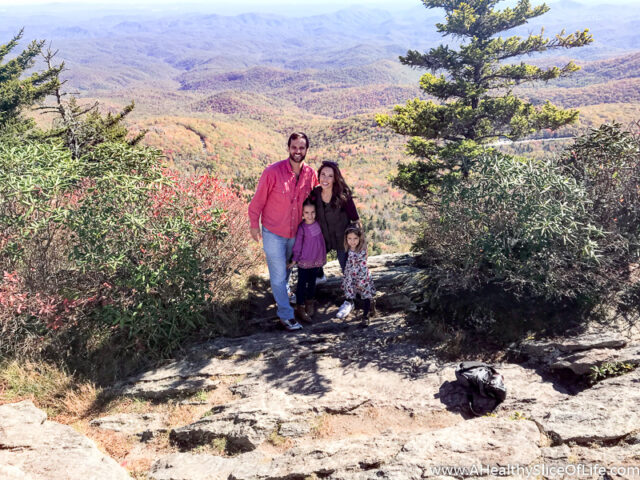 We snapped some pictures then headed back across the bridge and down the trail. Along the way Hailey enthusiastically declared it the best day of her life. Though we stopped by the park’s famous Split Rock and the nature museum before leaving, Hailey still had fat tears rollings down her cheeks as we pulled out of the park. Poor thing was just so sad to leave!

We decided to stop by Blowing Rock before heading home. The small nearby town has an incredible playground right in the town center, and Hailey’s tears soon dried up as the girls took off playing. Afterwards we wandered over to Blowing Rock Brewery Company. 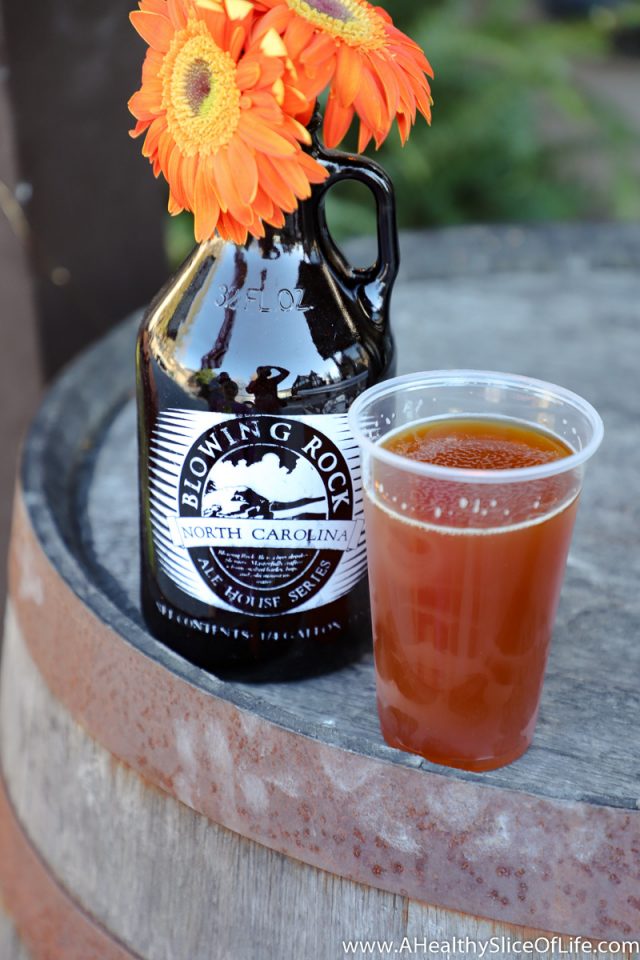 We waited out back by the brewery (which sits behind the restaurant) and watched the kids play corn hole while sipping a pumpkin brew. It was cool out and a perfect fall scene. Eventually our name was called and while I’d recommend stopping by for a beer, I would suggest you grab food elsewhere. 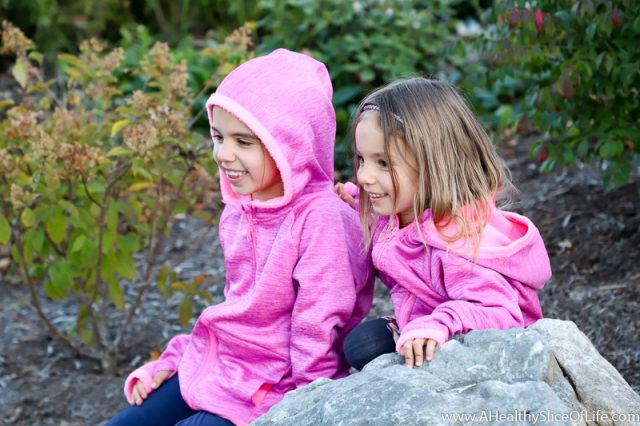 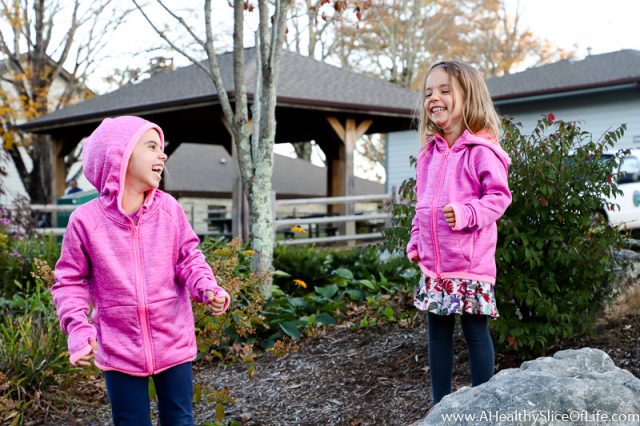 After one last swing through the park, we loaded up and took the winding Blue Ridge Parkway towards home. We stopped once or twice at overlooks (which were all filled with others soaking in the same views) to admire the majestic beauty of the mountains one last time before the sun set. 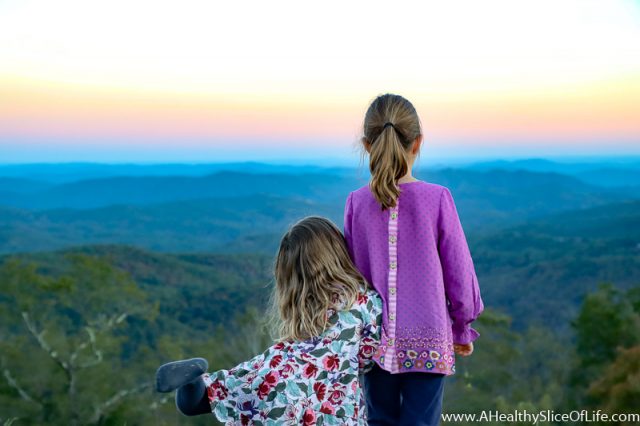 As we drove off, Hailey stated that she wanted to live there. Me too, kiddo, me too.

I feel so lucky to live within driving distance to so many wonderful hikes and outdoor adventures. Other local favorites include South Mountains State Park, Stone Mountain State Park (gosh, this makes me miss Koda), and Tweetsie Railroad.

I’d love to compile a list of must-see destinations and RV all over the country to see them, so if you have a favorite, please share it with me!