This past Friday, with heavy hearts, we said good-bye to our Koda-bug.

In my head I’ve written this post a hundred times over the past year since we received her diagnosis of canine lymphoma. I thought about how I’d focus on the good times, remember how grateful we were to get extra time with her and how much joy she brought to our lives over the past 8 1/2 years. I felt fortunate to know we had time to prepare. We knew this was coming for the past year, and that it was creeping closer over the last couple of months. Yet somehow, when I got the news on Thursday of just how severe her condition had become and that there was nothing more they could do for her, it still rocked my world.

It turns out you just can’t prepare, no matter how much time you have, to say goodbye to a being that is so intricately woven into every minute of your life.

David and I got Koda when she was a just a puppy of about 8 weeks old. From the start we loved her crazy energy combined with the sweetest soul. She was bred to be a hunting dog, but shook in fear of the sound of gun shots and fireworks her entire life. She was a ‘Velcro vizsla’ through and through. It took some getting used to, but soon it felt like second nature to have her curled up on the bath mat outside of the shower.

We got her before we were married and she seemed to solidify our status as a young family. So many memories flood over me when I think of her. How we took her camping when she was just a pup and how she shivered so much that David zipped her into his sleeping bag halfway through the night after we vowed we wouldn’t baby our dog.

She loved hiking, camping, the beach; being outside was always her happy place. 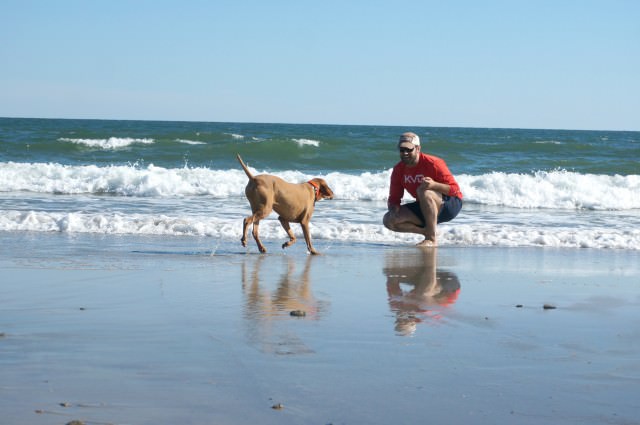 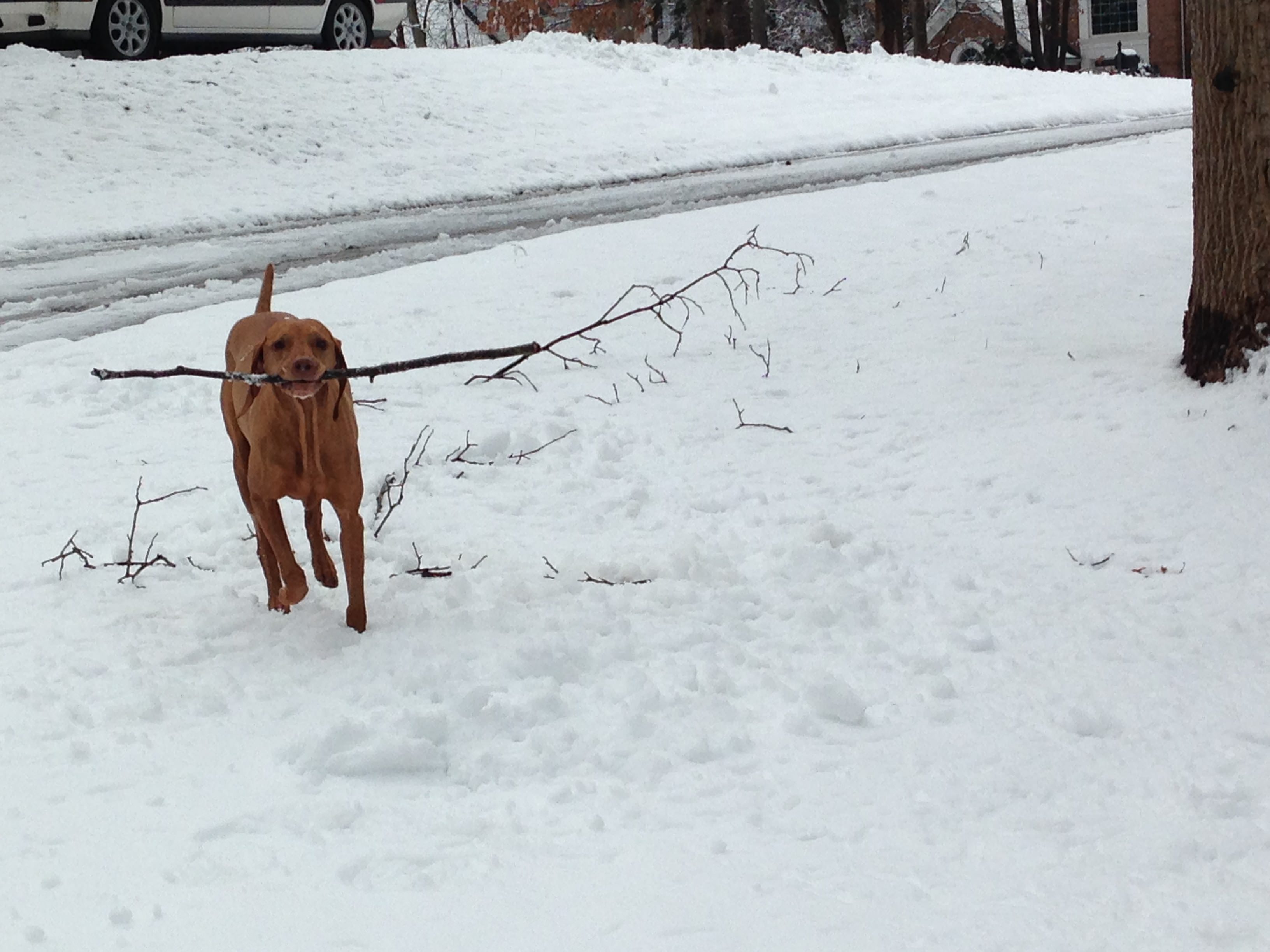 While inside, she wanted nothing more than to curl up into cinnamon roll position right on top of us, which she did quite often when we were first married and our only piece of furniture was a giant bean bag.

When Hailey was born I didn’t have to worry for even a second. Koda had the kindest heart and was always so gentle with the girls. 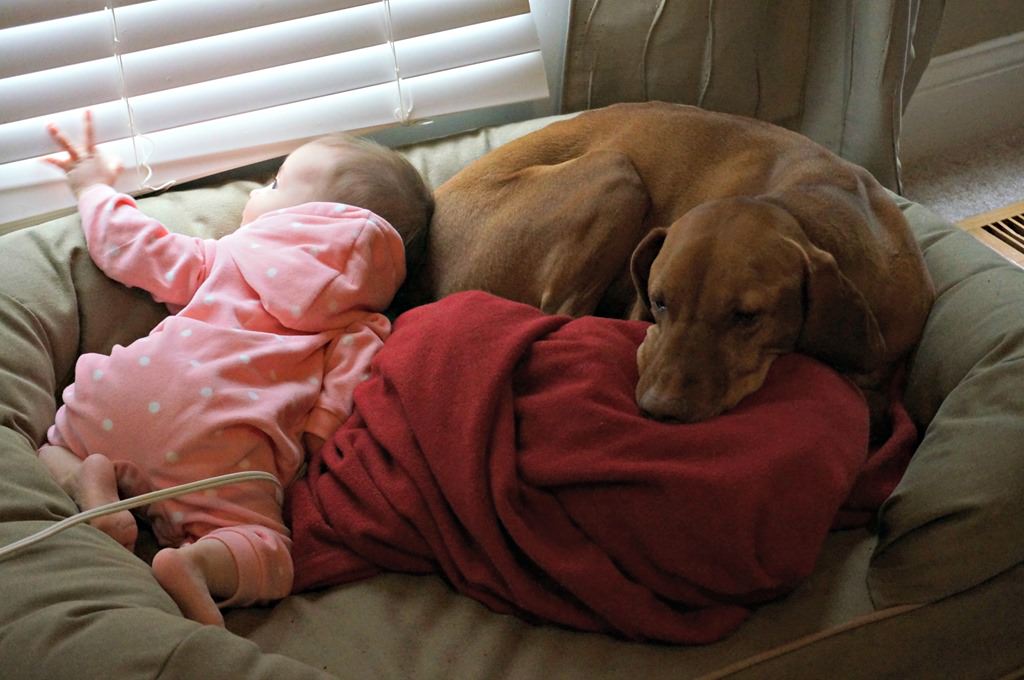 I can remember when Hailey was a toddler, playing with Koda, and I looked over and her finger was in Koda’s eye up to the second knuckle. I freaked out, but Koda never so much as jerked away. She didn’t have an aggressive bone in her body. 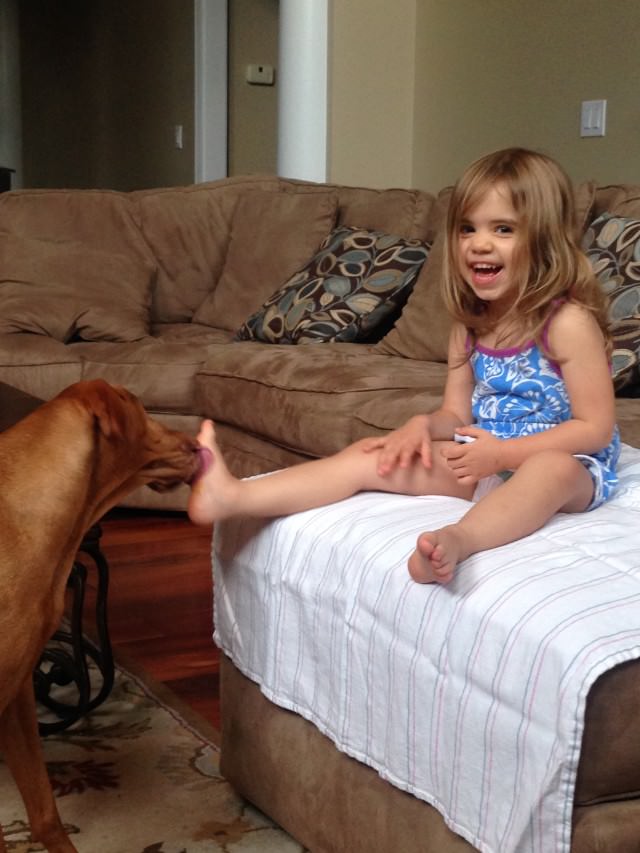 The last few days I’ve immersed myself in message boards about saying goodbye to pets. I know it’s not something everyone can understand the difficulty of, so they’ve been comforting. Honestly though, I’ve struggled a lot with the mixture of sadness and guilt. And more than that, even with two little kids at home, the house seems so quiet without the shaking of her ears, the pitter-patter of her paws on the wood floor, her pawing at her metal water bowl for a refill and her soft, and sometimes not so soft, snoring.

On Friday morning we took her to her favorite trail at the state park. She couldn’t run it like she once could, but it was clear she was happy to just be there. She waded in the lake while we sat watching her, reminiscing. At home we cooked her up steak, gave her soup bones to chew on and let her finish off peanut butter jars that weren’t quite near empty, her favorite. We loved on her the best we could. And we cried. That evening, she curled up on her blanket in front of the fire and gave out a heavy sigh. I tried to convince my heart this was her way of saying I’m ready now.

If I’m being honest, I’m still struggling a bit with sadness, guilt and the loneliness. She’s been with us since before we were married. She snuggled my belly when I carried my babies. She would come into the nursery every night and curl up by the glider while I nursed. She covered us with kisses constantly and wanted nothing more than to just be with us, her pack. 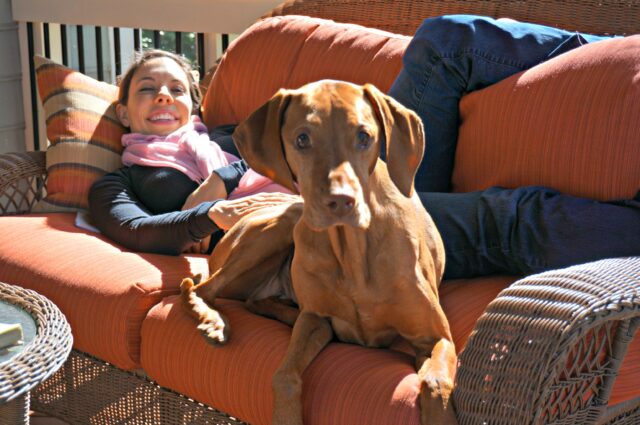 Looking back with a little more clarity now, I can see that near the end, she was only fighting so hard for us. She wasn’t getting the same joy out of life, she certainly didn’t have the energy she once did and she was hurting. The cancer was manifesting itself in new, aggressive ways, and our vet told us from the beginning that we would be the ones that would have to make the call to do away with her pain and let her go in peace. It’s one of the hardest thing I’ve ever had to do in my life. Though the experience was at home, curled up in front of the fire and incredibly peaceful, there is no other way I can describe it other than gut-wrenching.

Today is the first morning I’ve woken up early with my alarm and haven’t heard her ears shake as she followed me to her food bowl. It’s the first of, which I’m sure is many, small reminders of how the house will be more quiet now. I’m just hoping that with each day my mind focuses in on all our sweet memories and less of the pain we felt at the end saying goodbye to a big piece of our hearts. 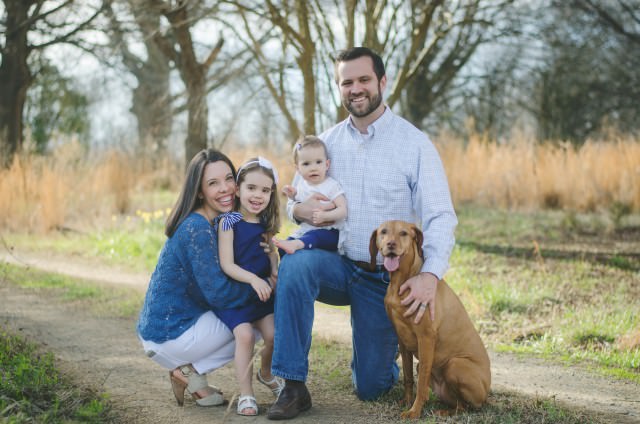 I’m trying to focus on the extra year of incredible life we were able to give her, of how fortunate we were to be able to have the weekend together to be with just us and start to adjust, but the truth it I miss her so much. I know time eases all pain but right now it still feels fresh. She was my first dog and I’m convinced there will never be another quite like her. We love you, Koda. Thank you for all the love you gave us. 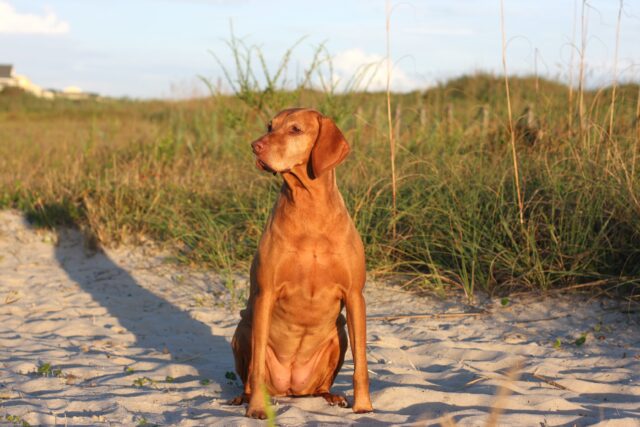 And we’ll see you on the rainbow bridge.