Kaitlyn (currently three and a half years old) is an incredible combination of sugar and spice. She’s so freaking adorable I almost can’t handle it some days, yet she also has the ability to use her sass to put  her foot down and an unsettling ability to lie straight-faced. Like most other toddlers, she’s no stranger to a tantrum. 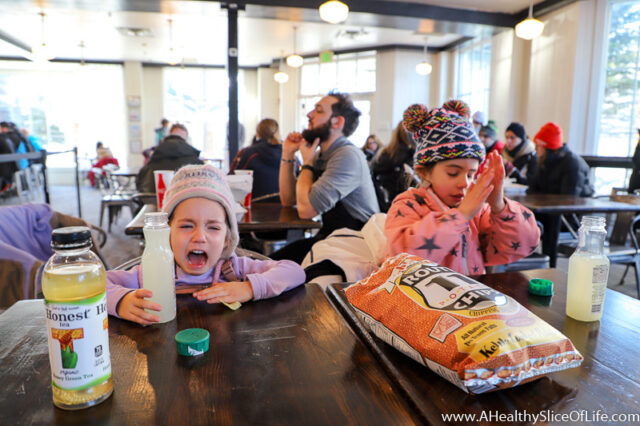 Yesterday, for example, we decided to go to Jason’s Deli for lunch after church. However, for whatever reason, Kaitlyn just would not buckle up. It started with giggles, like a game, then turned into a full on power struggle. We eventually won the battle, but Kaitlyn spent the entire lunch tantrumming (it’s a verb) in the car while I ate inside with Hailey and David sat on the patio to watch over the car containing the pouting child.

I remember this age being challenging with Hailey too (then the switch flipped at four and a half) so I’m embracing the threenager stage for what it is- a phase. It can be frustrating to deal with a stubborn child that you can’t reason with, so in the peace and calm of the in-between, I remind myself of what works best for handling tantrums so when the moments arise, I’m ready for them.

Calm is a super power. The first thing I do when I see things starting to escalate is inhale deeply and exhale slowly.

Parenting is not something that can be done quickly. Knowing that whatever we are trying to do (get in the car, put shoes on, get to bed) is going to take longer than originally anticipated is something I try to accept right away in order for me to not to get incredibly frustrated by it. I always build in a buffer of time to whatever task we have to do, usually about 15 minutes, because being on-time is super important to me, but sometimes tantrums happen and being late is inevitable.

Let them have space to calm down.

It’s like hitting a big pause button. Once I take a deep breath and realize the task at hand is going to take longer than anticipated, I’m in a better mindset to handle the situation. Since I know reasoning and teaching can’t be accomplished while a child is hysterical, I give them the time they need to chill out. This means they may need 10-15 minutes in their room, or 25 minutes in the car while the rest of us eat lunch (ahem, yesterday).

Once she is calm, we go over three things in simple terms: what happened, why it was not a good choice, what a better choice for next time would be. We talk about our feelings and I remind her that we (myself included) are responsible for our actions no matter what we are feeling. Example: feeling frustrated is ok and we can talk about that, but throwing a crayon at me because you are frustrated is not acceptable.

I have kicked myself for making threats that I then had to carry out. I’ve said I’m going to turn the car around in a moment of frustration and when she called me on it, guess what I had to do? Turn the freaking car around. So annoying! Because of this, I’m always careful what I threaten, because if you make a threat you sure as heck be ready to follow through.

After the calm and the teaching, it’s time to let it go. This takes real effort for me, but holding a grudge because of their behavior is unproductive and confusing for the child. 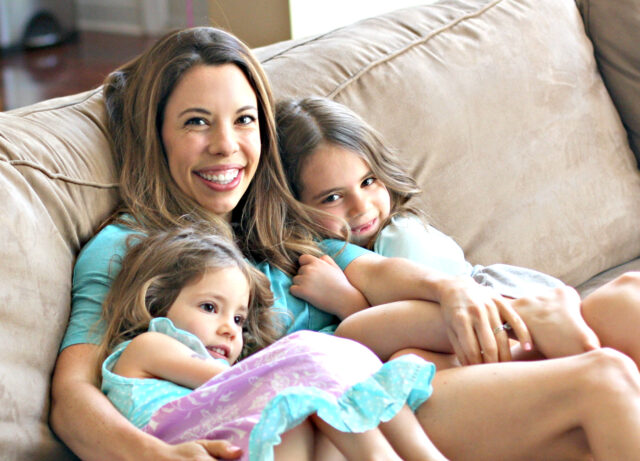 I’ve certainly lost my cool here or there, but for the most part I follow these steps pretty closely. I’m not a screamer by nature, so that helps, but believe me, I can turn that sharp I mean business mom voice on it an instant. A couple things to note that also make a big difference:

Schedule and sugar. I have found for us that most tantrums spur from these. If we’ve been out of our routine, I better just hold onto my hat because both girls are going to be a little crazy. And call me a stickler about sweets if you want to, but sugar turns my kids into crazy people, so though we enjoy some cake on a birthday, it’s definitely an “occasional” food in our house. Keeping both of these things in check make a major difference in how smoothly our days go.

Be a united front. All these tips are well and good but if David and I weren’t on the same page, it would all be for nothing. I’m a big believer in discussing parenting styles and coming up with a system both of us feel good about then sticking to it. We also stick to whoever doles out the punishment is the one that has to follow through with it so there is no good cop bad cop.

What tactics work best for handling tantrums in your household?

If you have more than one child, do you have different approaches for each kid?