Let’s talk about kids and TV. Everyone have your dukes up? Good, let’s begin.

Asking a mom how much TV her child watches is akin to asking a woman her weight. Or perhaps demanding a busy mom admit to how many times her children eat macaroni and cheese for dinner (at least once a week over here). Basically, there is no right answer.

Oh my, don’t you love your children enough to play with them instead of rotting their brains?

Wow, learn to lighten up you crazy control freak.

Yup, you can file this alongside all the other mommy war topics from breast/bottle to SAHM/Working mom in terms of topics that somehow divide loving moms that really all just want the best for their babies (while maintaining their own sanity).

So let me assure you that this isn’t a finger-wagging post in any way shape or form. However, the fact that it took me this long to find a solution to Hailey’s afternoon crankiness and bedtime resistance is a little embarrassing, so I’m sharing it here as perhaps a possible solution to any other mom that may be exhausted and looking for a new method to try to remedy the fierce meltdowns of a whiny three year old. 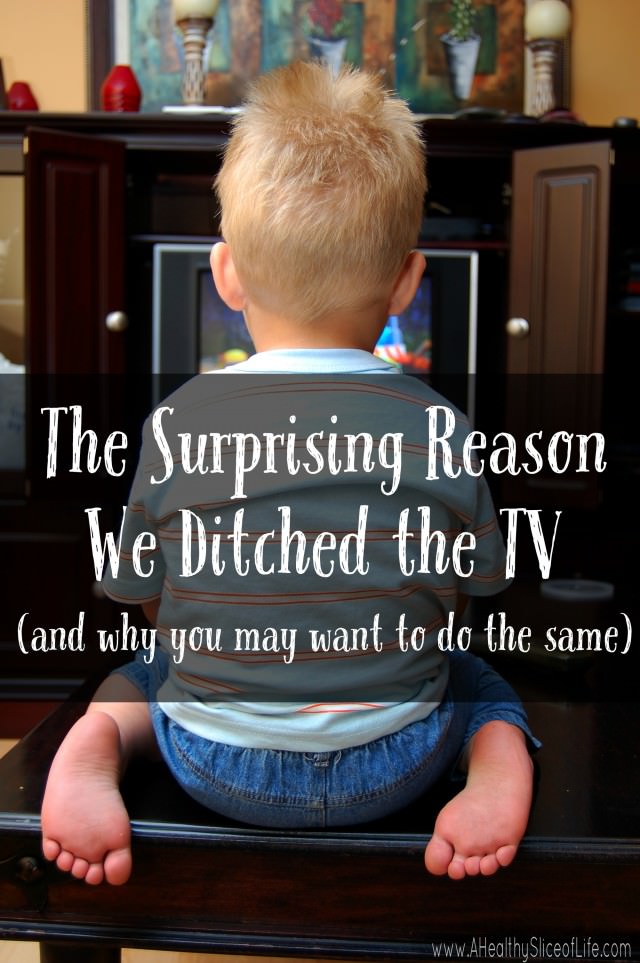 Roughly three weeks ago we had a hectic week. I had a million things to get done and I leaned a little on the television to help me with the process. It wasn’t excessive in my book, but Hailey’s 1 show a day routine bumped up to 2 or 3. A little mom guilt sneaked in with this obviously but I pushed it aside in the name of necessity. I thought it could be a win/win situation with Hailey enjoying some extra down time and me getting some things done, but it didn’t take long for me to see that this plan was backfiring.

I began noticing that when TV time was over, even if she happily shut the set off when I asked her to, she just seemed more discontent. I call it crankiness, but really all the frustrating parts of parenting a threenager (or newly four year old) came at me full force. The whining, the irritability, the resistance to getting in to bed at night… it was flat out exhausting.

In a moment of frustration I decided we were going cold turkey- no more TV. I originally planned on a week of this as a form of half punishment/half experiment. However, that was about 3 weeks ago and TV has yet to make it back into our regular schedule because I was BLOWN away at the results. It’s like a new child emerged. In three weeks we haven’t a single night that included screaming or fits at bedtime. Creative play is in full force and overall she just seems happier, which in turn, makes me happier too.

I was so pleasantly surprised by our results that I mentioned it to a few friends who confirmed they had done a similar “TV cleanse” and saw similar great results. Many of them made it their new normal. Intrigued, I started googling and sure enough found more than one study that links TV to poor behavior in kids.

One Dutch study showed that two and three-year-olds that watched more than 1 hour of TV a day were more likely to develop behavioral problems such as aggression, disobedience, hyperactive behavior and concentration problems than their peers who watched less or no TV at all. The symptoms were more prevalent as the amount of exposure to TV per day increased.

Another study published in the journal of Pediatrics in February of 2009 found a child’s risk for antisocial behavior increased 30% for every hour of TV they watched per week night.

I know study results are correlation, not causation, but still, crazy right?

Now let me hop back real quick to the point that this is a non-shaming post. I’m sharing because I had heard similar statistics but they never sunk in until I noticed the night and day difference under my own roof and now feel like I need to let everyone in on this secret!

TV is not part of our daily routine anymore, but it’s not like we have tossed our TV in the trash. Family movie night on the couch? Sign me up! Long road trip? Sure, pull out the kindle. A third rainy day in a row? Sure, let’s choose a show. I won’t be parading around anytime soon with ‘death to TV’ signs or anything, but I am thrilled with the results we are seeing from making it more of a once in a while thing.

So back to that original question, how much TV do your kids watch?

Don’t answer because it doesn’t really matter. Do what works for you and your family, but if you are like I was and at your wits end with the whining and short temper, maybe give a TV cleanse a try. I wish someone would have mentioned it to me a while ago because now our days are filled with so much less drama and I really hope we can keep it that way… at least until the infamous age of 14 comes along…

Have you ever changed something in your kids’ daily routine that created surprising results?

What did you change?