Anyway- the weekend! Friday was beautiful and kicked off on a fun note, as I met some girlfriends for afternoon margaritas and fajitas. Between the spring weather and the conversation that ranged from investments to spring wardrobe staples, it was such a fun time!

Friday evenings, usually our pizza and movie nights, have been temporarily overtaken by Kaitlyn’s soccer schedule, so we spent the evening cheering on the white team, then grabbed a pizza out with friends before calling it an evening. I was looking forward to coming on here and sharing Saturday’s family camping experience, but we ended up having to cancel last minute due to a line of thunderstorms that moved through the area during the exact hours camping fun was supposed to occur, between 3:00 PM and 11:00 PM.

Instead after Hailey’s morning soccer games, we returned home, where David and I went for a run (and I struggled heavily thanks to the pollen) and a small miracle occurred in the form of the girls going above and beyond in their cleaning efforts. David told them to clean up before friends came over and we returned home from the run to them having not only picked up and organized, but they also swept the floors and had taken out the trash. I’m sharing this because this is *not* the norm and we were as proud of them as they were of themselves.

We gave them each a bonus screen time token for their efforts, as it was a great way to kick off a fun evening of hanging out with friends. I made spaghetti and salad, and we played some rounds of Monopoly Deal, then sat on the porch and listened to the rain wash away all the pollen. 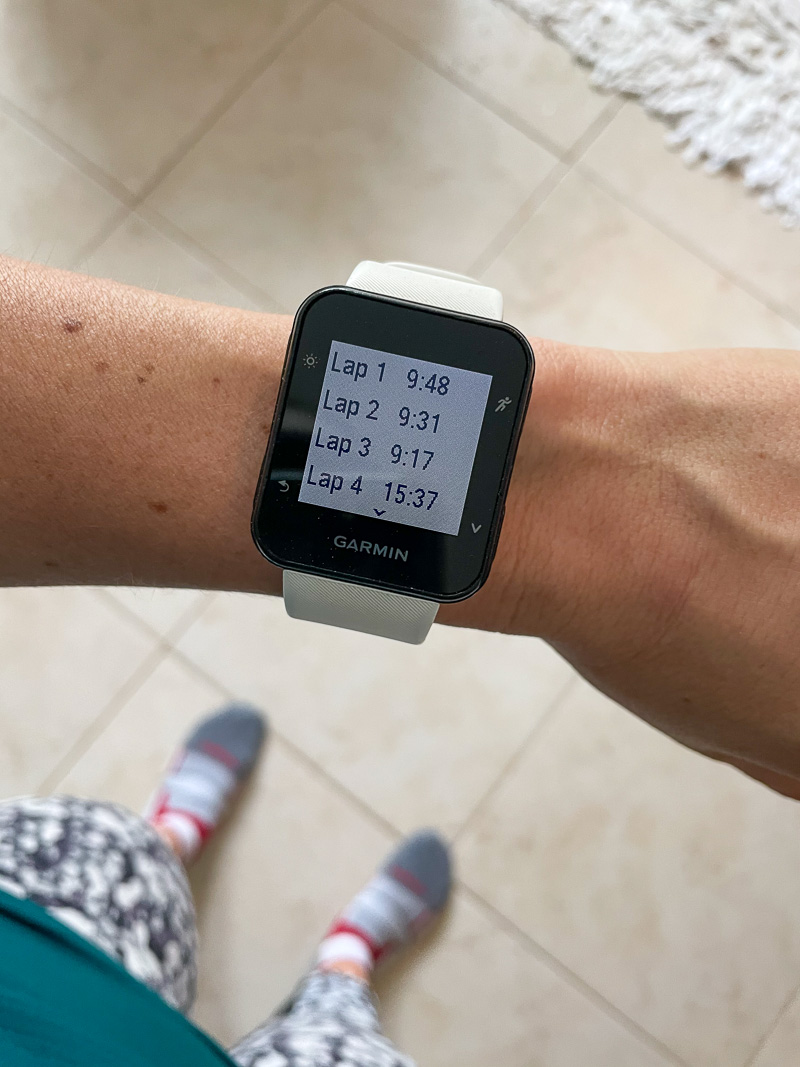 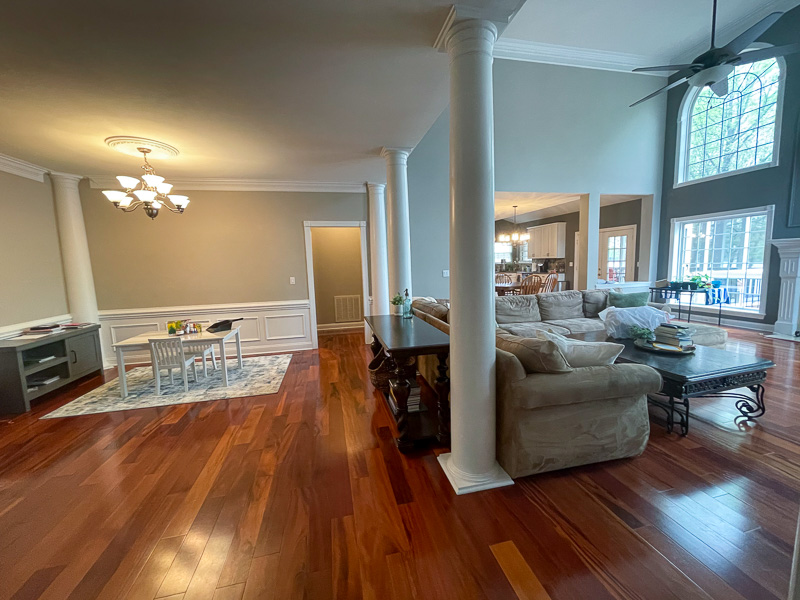 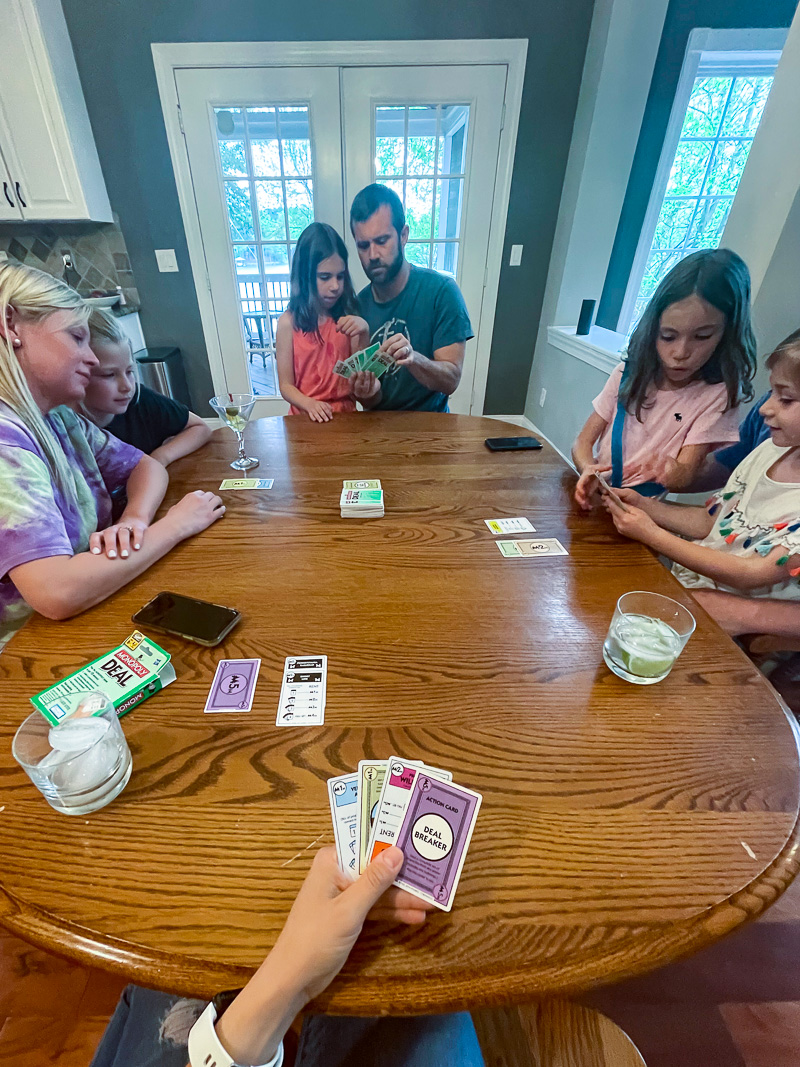 David had to work Sunday, so I took advantage of the quiet house to meal plan (get my free weekly meal plan template here) and order groceries. Then the girls and I eased into the morning by watching church while I made veggie burgers, boiled eggs, and washed and cut up produce for the week. We followed it up with a leisurely walk around the neighborhood.

Hailey has never been bothered by allergies until this year, so we enacted the spring protocol that afternoon to help: washed all sheets and pillow cases in hot water, she showered and washed her hair, and I had the air purifier turned up on high. It seemed to help, but I have a kids’ neti pot in my cart in case we need to step it up a notch. 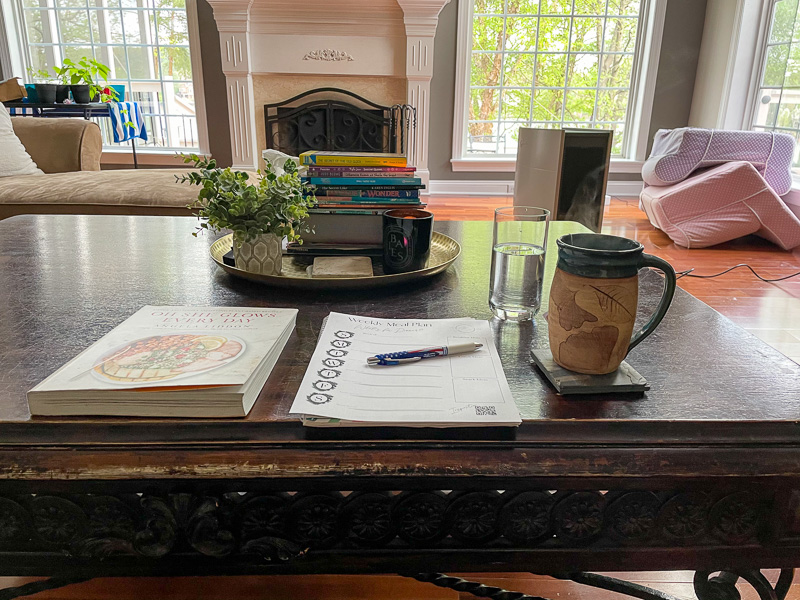 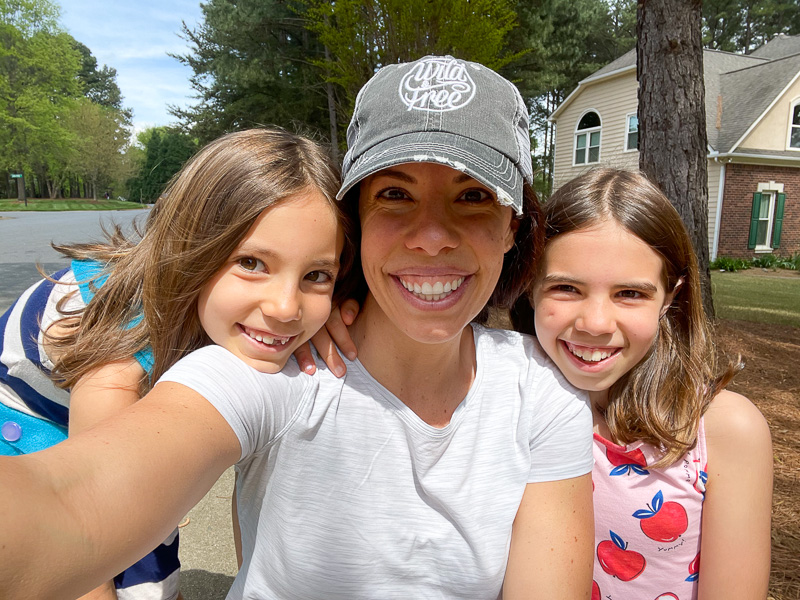 David got home late afternoon, so I hit up Costco while the girls watched Star Wars, then we ate dinner (smashed potatoes have been a go-to for me lately- the secret is to add a squeeze of lemon at the end), read some Harry Potter (we’re so close to finishing book 5!), and called it a night early, for all of us. 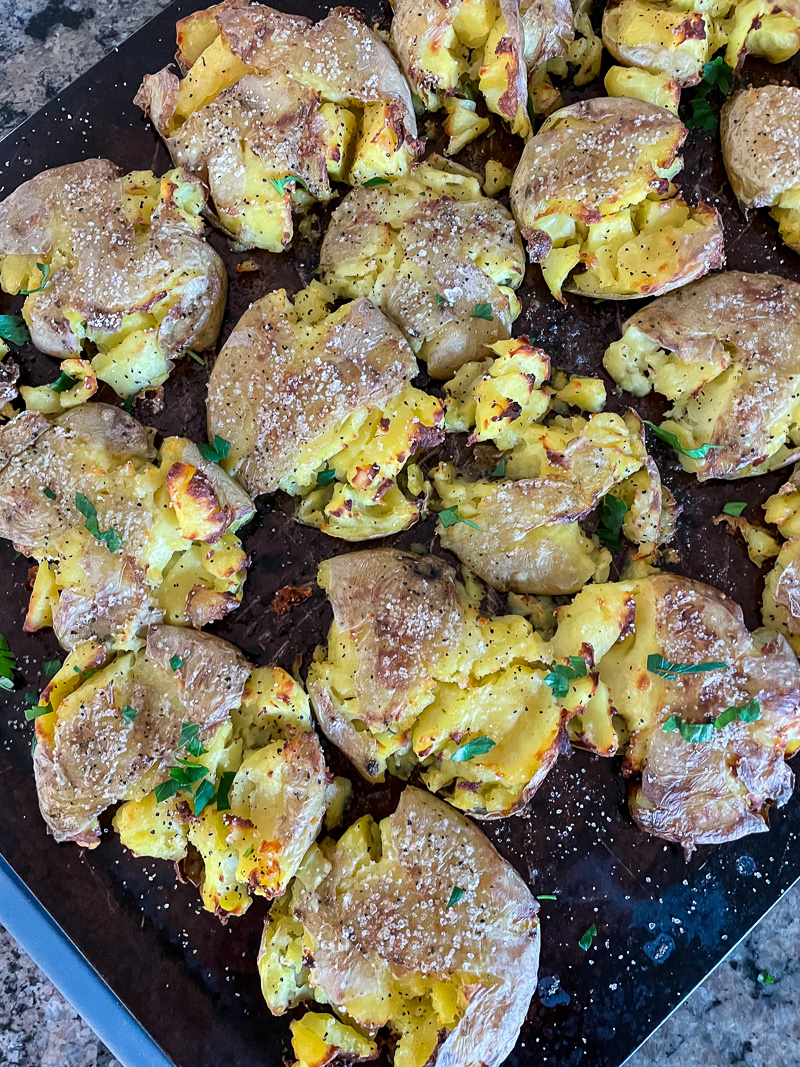 Looking to lighten up your spring eats? Check out these 17 plant-based dinners and these plant-based breakfasts, lunches, and snacks!