So here we are, another What I Ate Wednesday. I really like showing what I eat and seeing what other people eat. This would make me feel like an odd ball, however seeing the popularity of the link up, clearly I’m not the only weirdo.

I still always strive to find a way to make my post more entertaining than just hey look, oatmeal! However, yesterday wasn’t looking promising for entertainment purposes. It was a beautiful day, Hailey took a 3 hour nap, I did work and chores… nothing to write home blog about. 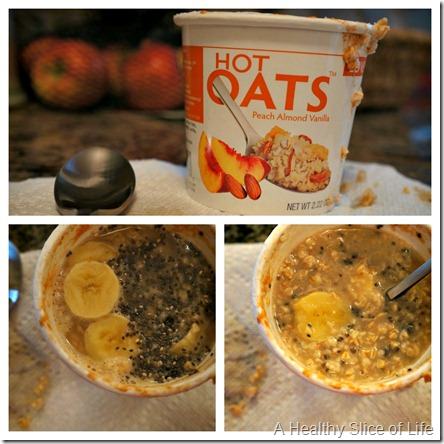 Sadly I ate my last hot oats. I also managed to make it explode so there were less to enjoy. Not pretty, but delicious! 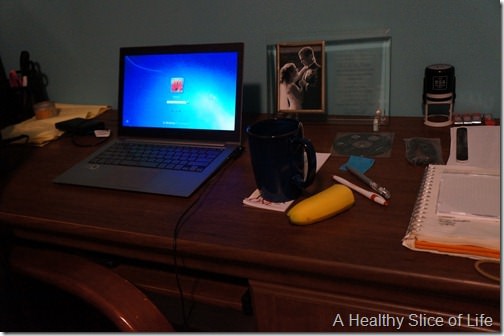 The day started like most others. Computer, breakfast, get dressed, gym. I was completely dragging though and skipped running in favor of walking the track with Susan. 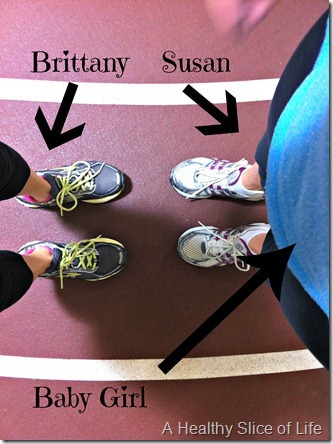 From there, we had an appointment, then headed home for lunch. 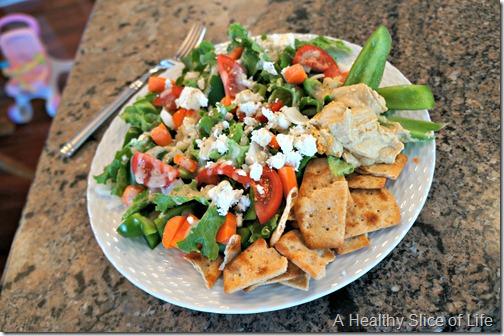 From there, Hailey took a glorious 3 hour nap while I did chores and spent some time outside with the pup. (See, still dull at this point, but stick with me). Hailey woke up and we snacked. 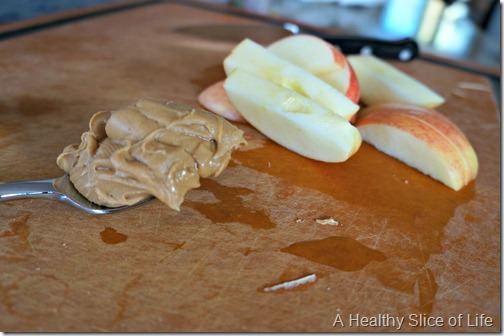 From there, we were off to play outside with some friends, then hit up the park with some others friends- typical for such a beautiful day. 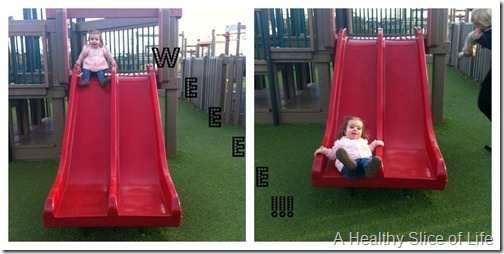 We didn’t leave the park until 5:30. Being close to dinner and knowing David was working late, I veered off meal plan (woah, I’m wild) and we hit up Chipotle. 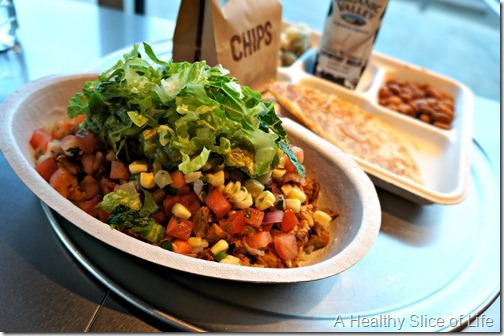 It was such a fun little mommy/daughter date. 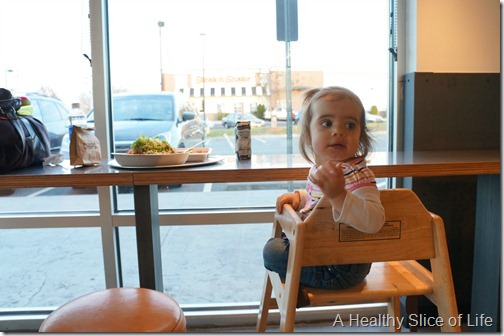 Hailey was well behaved, the food was delicious and Old Navy was right across the street. Surely we could sneak in really quickly, right?After all, I just needed to grab a hoodie my friend Maria recommended.

We ventured in to Old Navy around 6:20pm (dangerously close to bath and bed time, which begins at 6:30pm) with just my keys, credit card and a paci shoved in my pocket and Hailey in my arms. Rookie mistake #1- no stroller. Rookie mistake #2- no diaper bag.

I made a beeline to the hoodie as Hailey began to struggle in my arms. I gave in and put her down. She smiled sweetly and walked beside me. Aww… what a sweetheart. Rookie mistake #3- believing your hyperactive overtired toddler is a sweetheart when she should be in bed. I grabbed a gray hoodie and threw it on for size. Perfect! What a quick trip this would be.

I whipped my head around just in time to see Hailey wildly swatting all the nicely folded long sleeve t-shirts off the shelf. Noooo! I ran over and folded them the best I could, found another one or two I needed and took Hailey by the hand. On the way to the register, I tripped. Luckily I caught myself, but my shirts went flying. I bent down to gather my things just as Hailey eyed the jewelry stand. Seriously, why are those things so close to the ground? She shot over and started flinging gold hoops in all directions, giggling like a hyena.

I hobbled over, scooped her up, shoved the paci in her mouth and hung up all the earrings. Looking up, I realized the line was long and moving slowly. Awesome. I decided I had no choice but to keep holding her.

Oddly, she wasn’t fighting to get down as I held her, which was odd, but I went with it. We stood politely in line, then I saw it- Hailey’s poop face. There, in my arms, I felt her diaper fill up. And I don’t mean a oops, little stinky diaper. Nope, this one was a doozy.

I apologized, put down my items, ran to the car and changed her diaper while fumbling in the dark. I thought about just leaving, but I reallllly wanted that hoodie. So we went back in, got in the back of the line and waited. Hailey struggled fiercely, so I put her down. She went back and forth between smiling and waving at people and pulling key chains off the racks. I smiled apologetically, while trying to put things back where they belonged.

Finally we were at the front of the line. I decided to get everything in order, when I realized my credit card wasn’t in my pocket. ARE YOU KIDDING ME. I must have dropped it. ARGH. Back out of line, back outside, I found it lying in the street.

Back in the store, back in line and Hailey was over it. She wouldn’t let me hold her any longer and decided to do a full on meltdown tantrum right in the front of the store. As I tried to hush her and bribe her with the pacifier, I could feel everyone staring at me thinking “what a terrible mom” – I wanted to cry. Instead, I started cracking up laughing. Nerves? Maybe.

So now I was the laughing mom with the screaming child who clearly can’t get her act together. I’ve never been so grateful to hear NEXT. I paid and shot out of there as fast as I could.

I am now convinced online shopping was created for moms with toddlers. But hey, I got a hoodie. 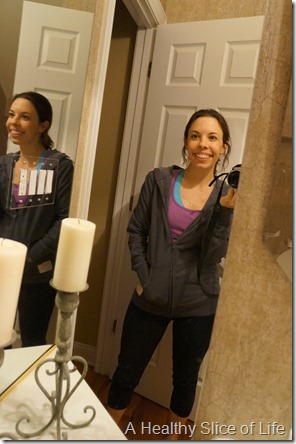 Such a fashionista, I know.