Good morning! (Yes, I realize I feel the need to start off every post by saying hello or good morning… I am physically unable to just jump right into content without acknowledging you first… I mean… I’m not an animal…) 😉

& thanks so much for your feedback regarding yesterday’s post on chronic inflammation.  I think it’s a hot topic that needs to have some light shed on it… I hope to do a bit more research and learn more myself.

But now that I’ve said good morning, let me tell you about how I am RoCkIn’ the C25K program this week.  I’m on week 8, which means I’ve been bumped up to 28 minutes straight of running (jogging).  And I’m doing it!! Slowly, of course, but nonetheless… I’m doing it.  Even when my hair tie breaks mid-run. 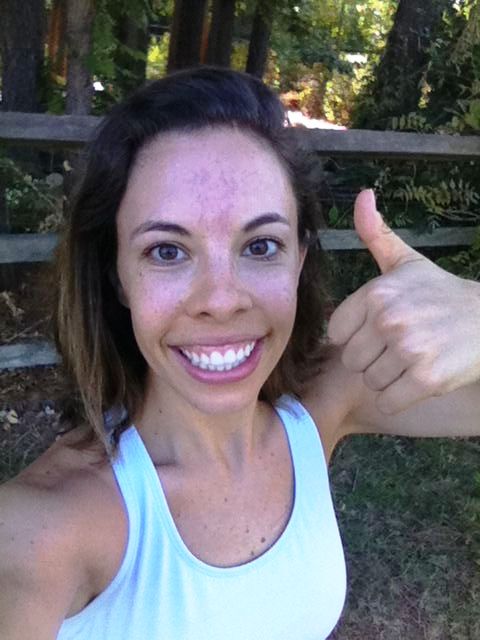 & my running buddy has become a much better workout partner now that she has her new outfit: 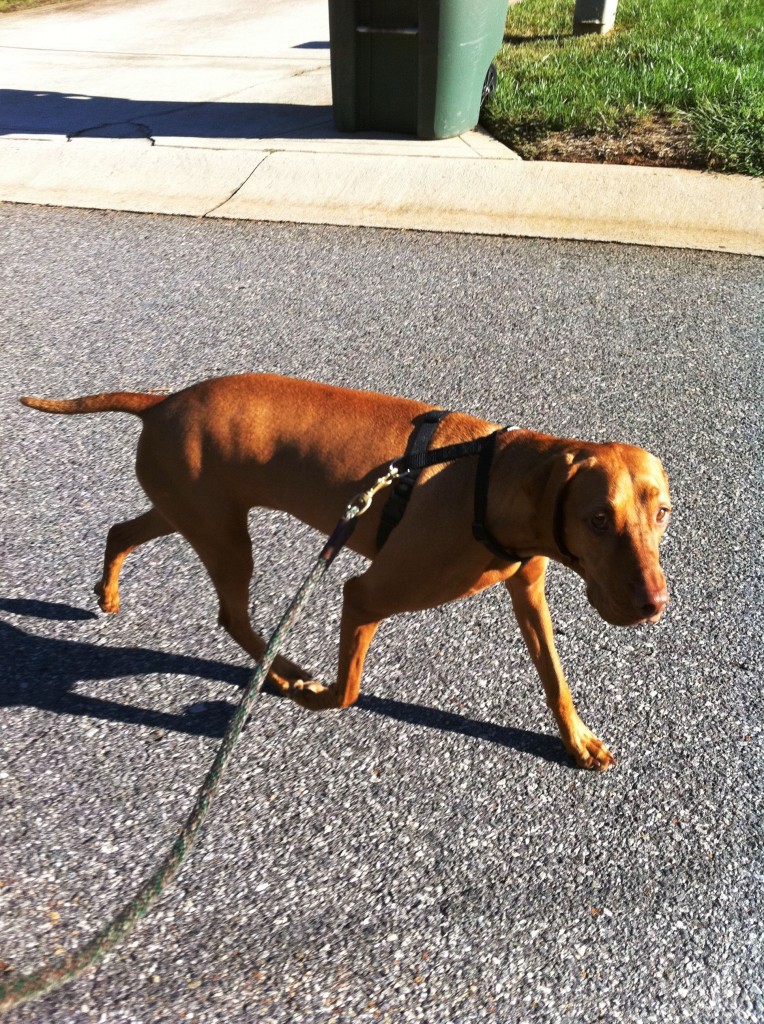 Despite her new running gear being black, instead of the dark green that we want, she (& I) are loving it!

I’m feeling it a little in my calves… (new shoes?) 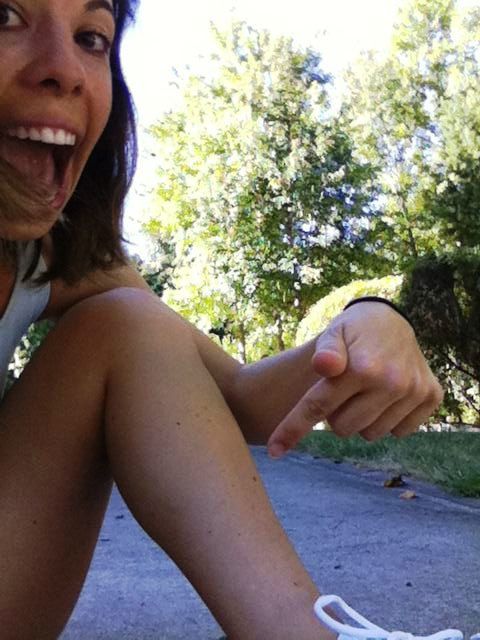 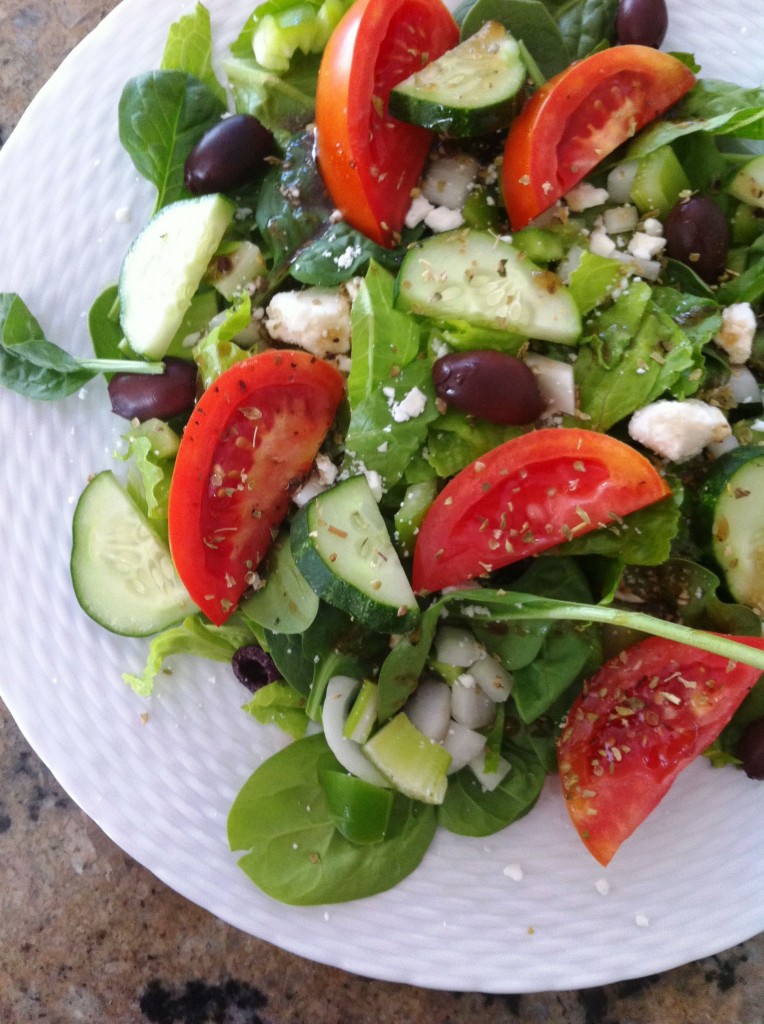 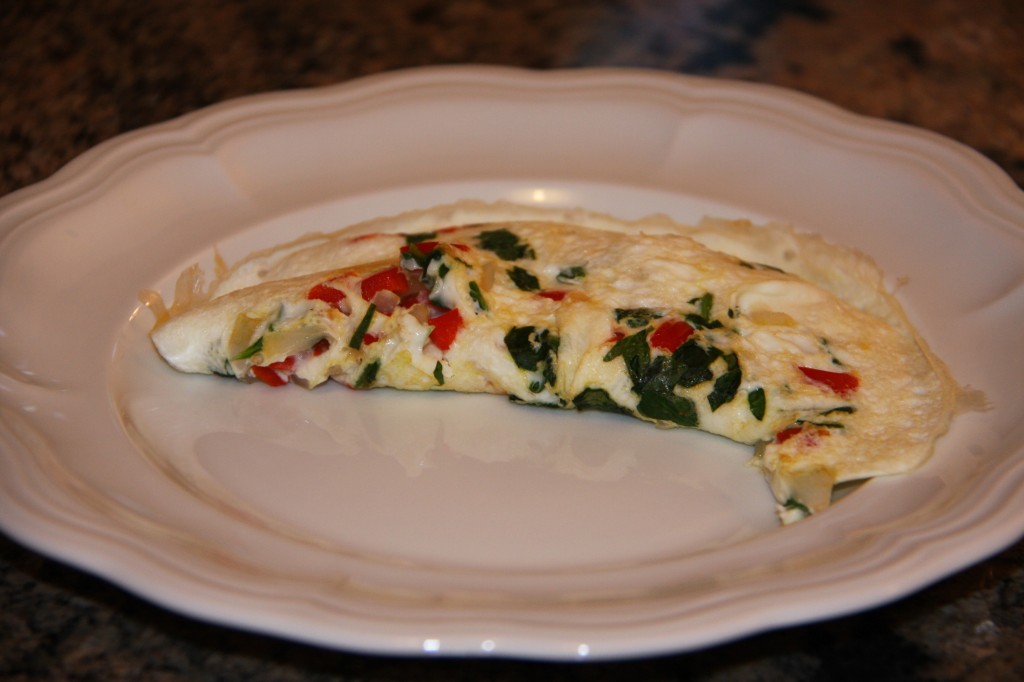 But the recipe I have to share with you today KnOcKeD mY sOcKs OfF!

I told you yesterday that I was going to experiment with a new (to me) grain : barley.

I heart barley… with it’s chewy texture & nutty flavor, but I’ve never made it at home.  Barley is an excellent source of fiber…

as well as providing other wonderful nutrients, like niacin, selenium, & copper.

Plus, did I mention it tastes great??

I came across this recipe on Julie’s blog, and she had taken it from Health Magazine.  It instantly appealed to me.  How good does this sound?

Meanwhile, chop up 2 cups of zucchini and 2 cups of onions.

Gather other necessary ingredients, including the 1 c of pearled barley. 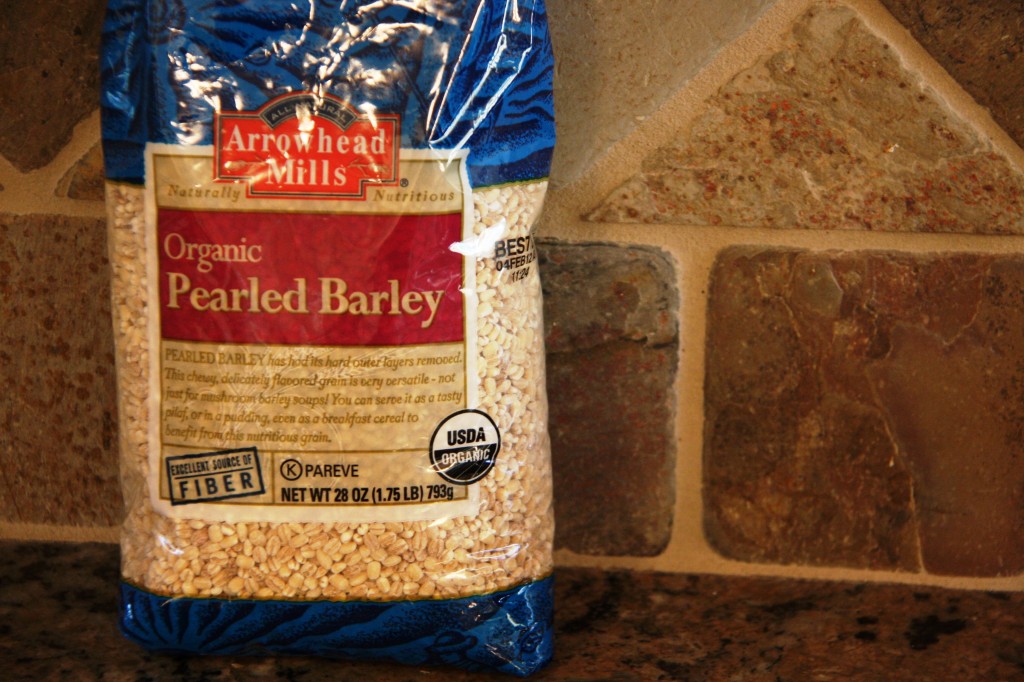 (The broccoli is optional.)

Put 1 Tbsp of olive oil in a large skillet over medium-high heat.  Throw in your onion & zucchini. 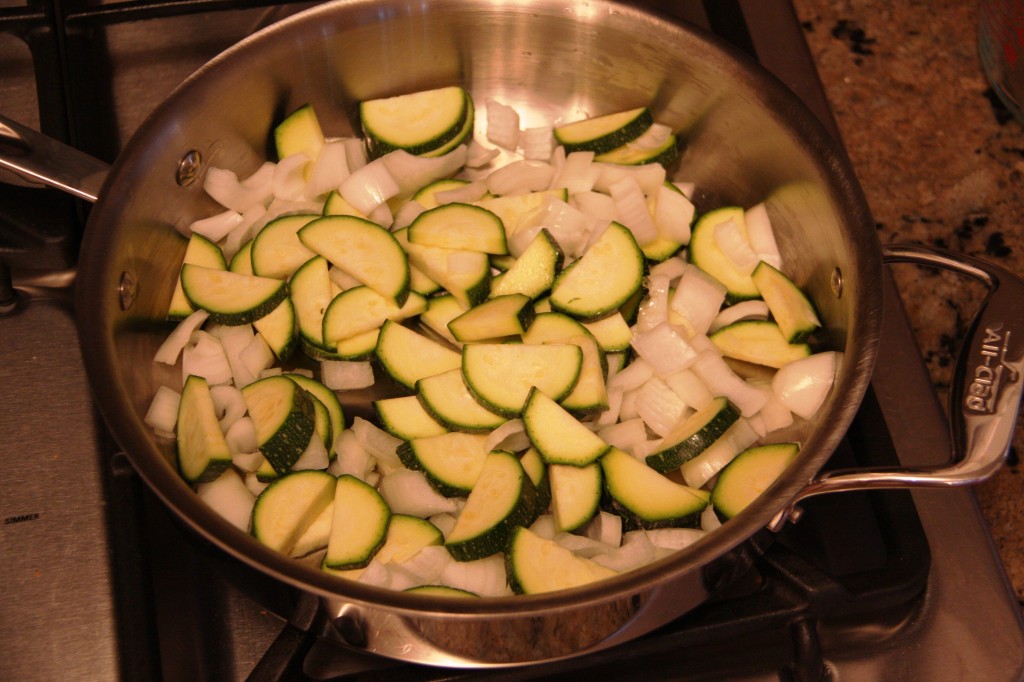 Cook for 5 minutes, until soft.  Then throw in your barley. 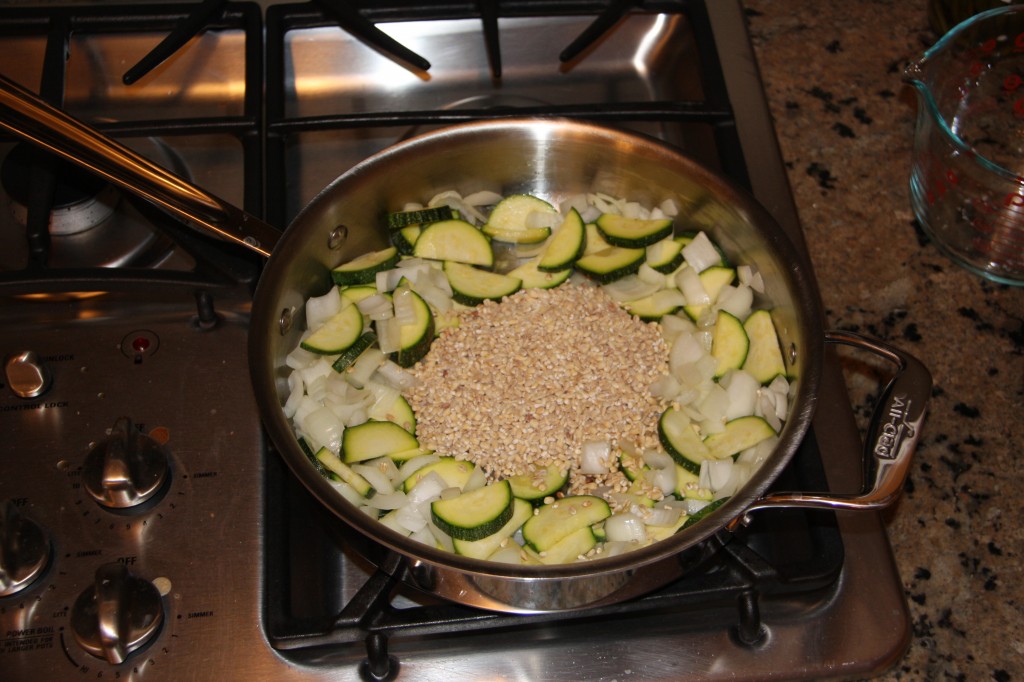 Stir it all up and cook for 1-2 minutes, stirring frequently.

Pour in 1 cup of warm chicken broth.  Cook for 5 minutes, stirring frequently, or until nearly on the broth is absorbed. 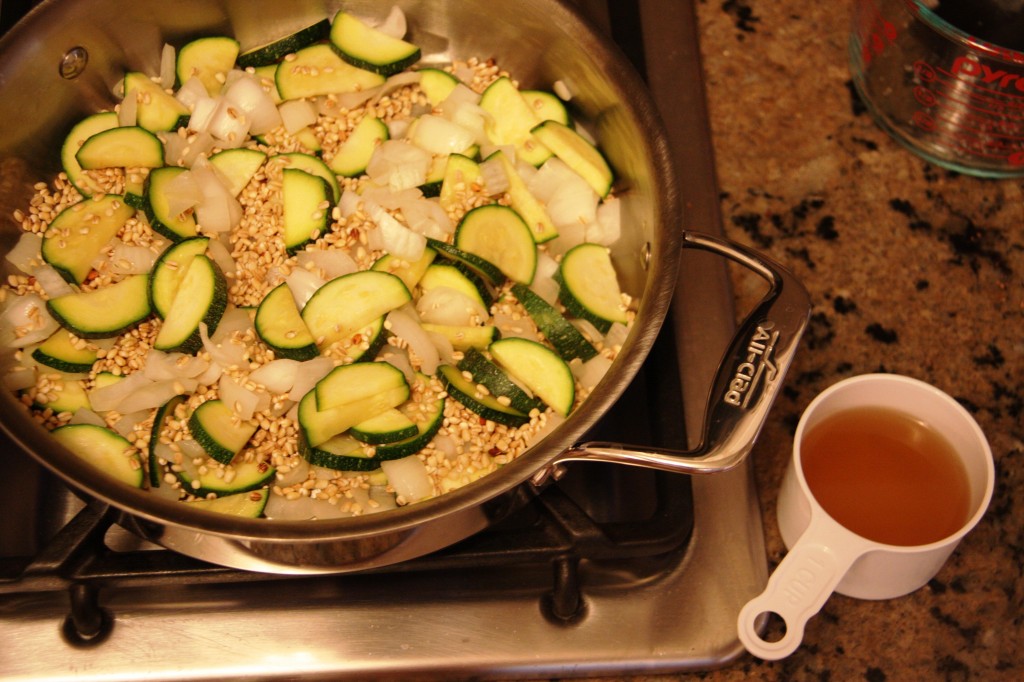 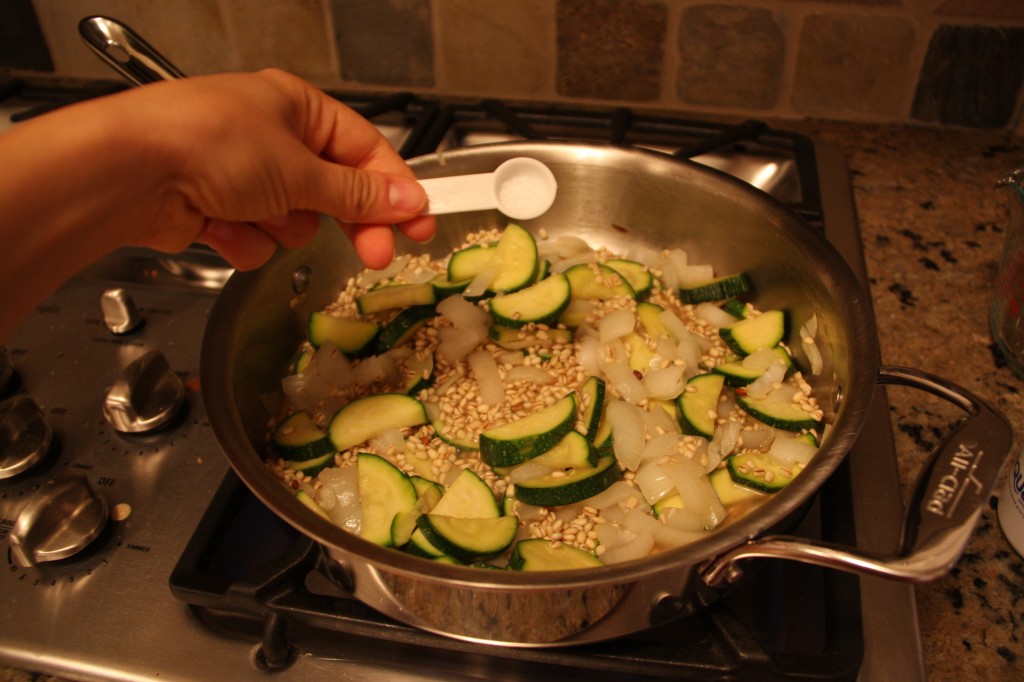 Add remaining broth 1/2 cup at a time, stirring frequently and waiting until each portion of broth is absorbed before adding the next.  The recipe said it should take about 25 minutes… I should have watched the clock a little bit closer, but I felt like it took longer… 35 minutes? 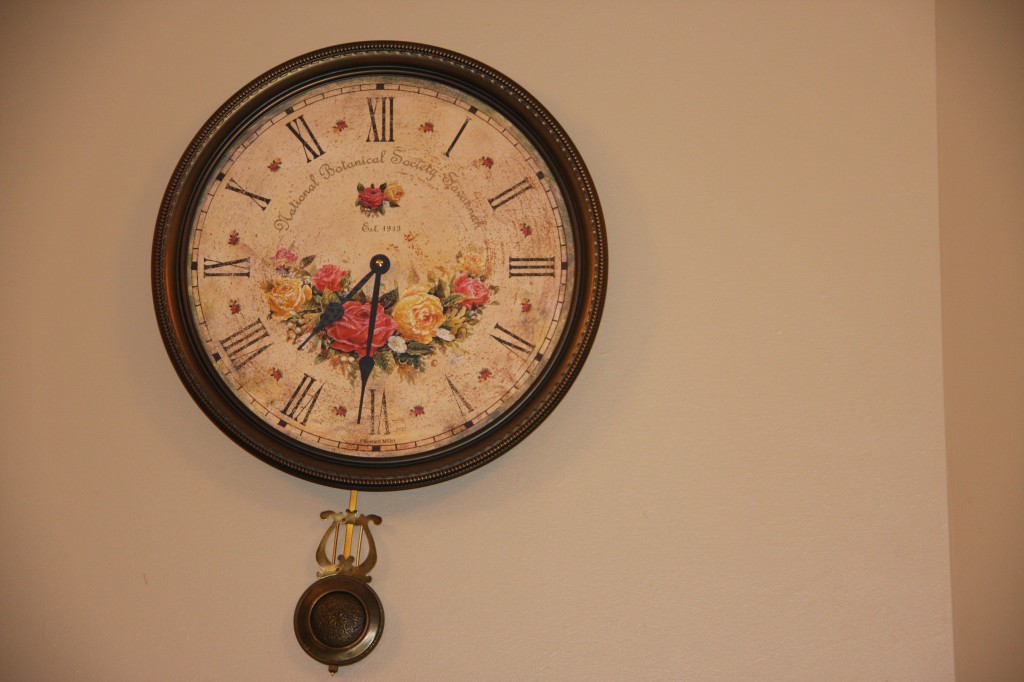 Once all the broth has been absorbed, add in 1/2 lb of raw shrimp (I actually used a little more… close to 1 lb).

Cook for 4 minutes, then stir in 1/8 tsp of fresh ground pepper and 1/2 cup grated Parmesan cheese. 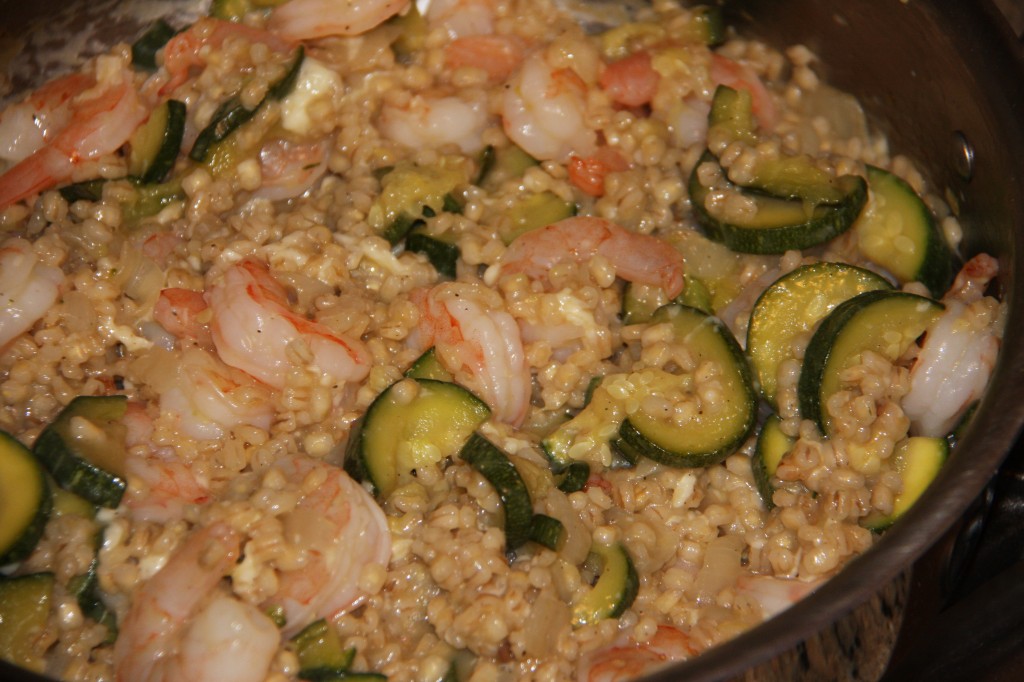 Serve!  I served it over steamed broccoli, like Julie did. 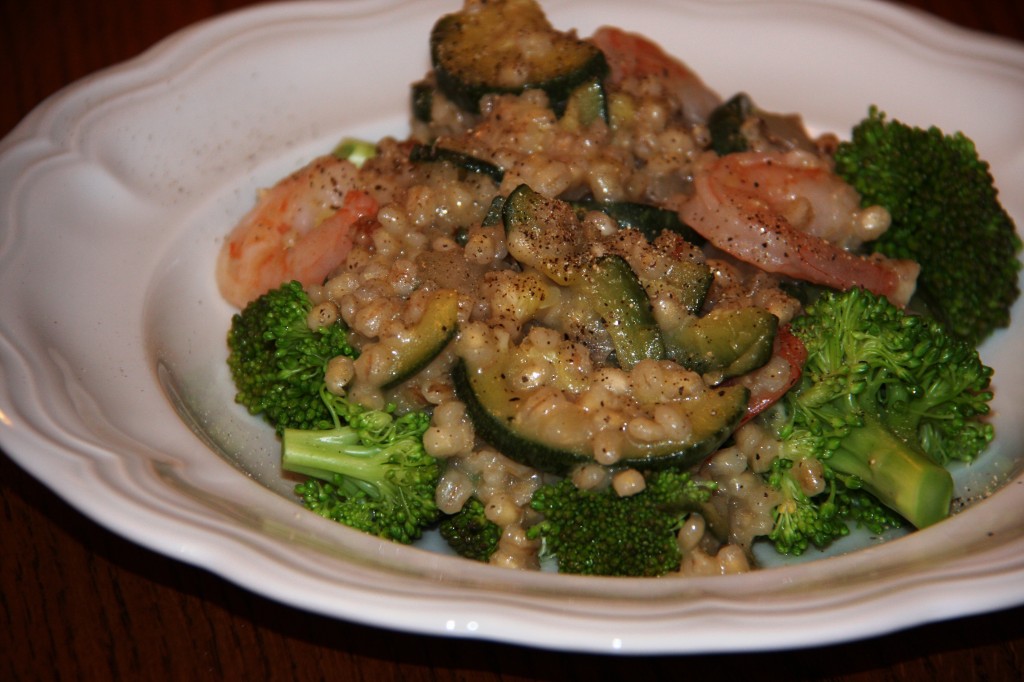 It. Was. SO. Good!  Seriously, tasted flavorful, cheesy, amazing! It even got an enthusiastic thumbs up from Hubbs (WOWza for a dish that is loaded with veggies!).  He said the risotto was so flavorful that it “hid the broccoli well.” 😉

I will definitely be making this again… and I strongly encourage you to do the same! YuM! 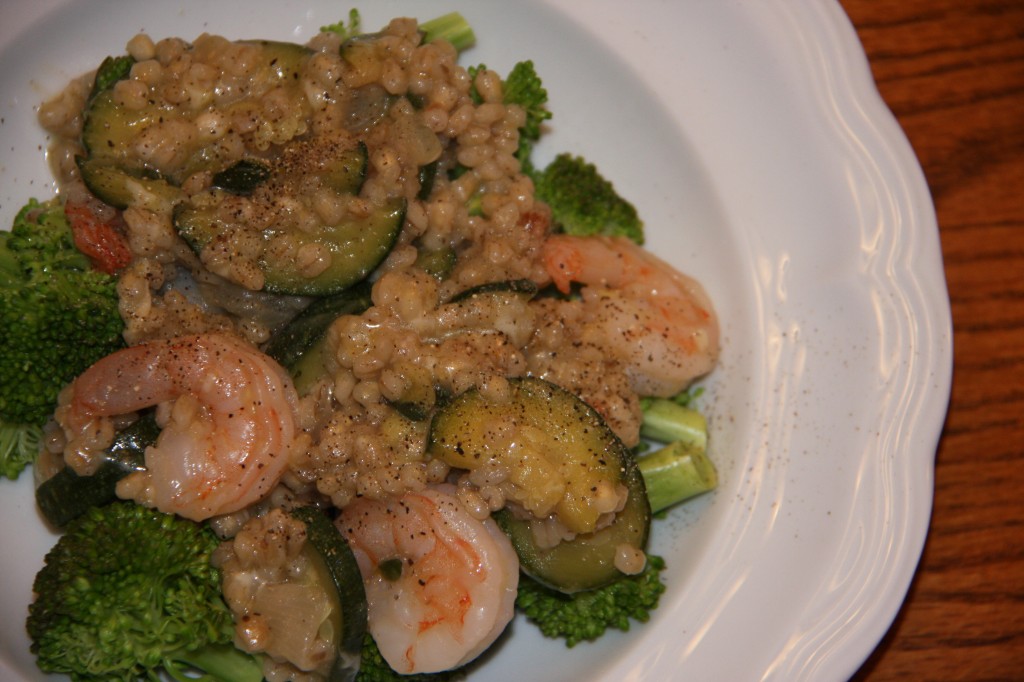 Have a wonderful Wednesday!

Be honest, are you going to try this recipe? 😉