This weekend… how to describe it? Perhaps I should just say that I didn’t change out of pajamas all day yesterday? Yes, that ought to sum it up.

Starting on Friday, Kaitlyn was not feeling well. She was a little warm and extremely fussy, especially for such a happy baby. The poor thing just looked miserable, so I took her to the doctor to find out that… I have a sensitive teether. I guess that’s good news and all, but “sensitive” doesn’t seem to describe it accurately enough for me. For the entire weekend, she refused to nap anywhere but on either David or me. It made for a cozy, at-home weekend and a decent amount of wine consumption. 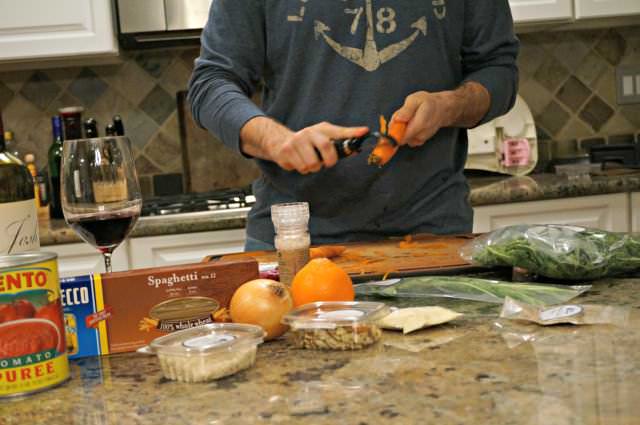 After a trying Friday afternoon, David insisted he take the reins for dinner (twist my arm) and we enjoyed a lovely evening of delicious aromas, wine and conversation while I happily sat on my bottom.

It was very Valentine’s-ish, which was perfect since on Valentine’s itself we resorted to simple fajitas (just grab a pre-cooked rotisserie from your local grocer) and The Great Gatsby (love me some Leo). 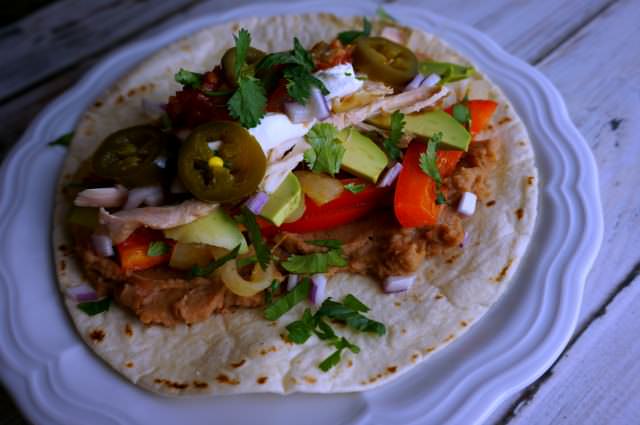 Of course, hanging around the house doesn’t have to be dull. Hailey reveled in the extra downtime, which gave her ample opportunity to ‘do some work’ as she put it. 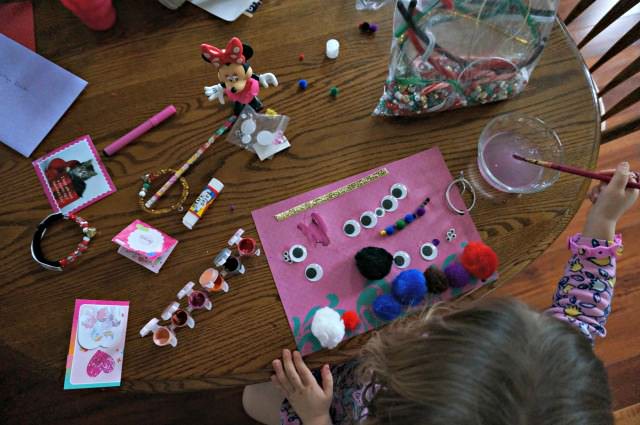 I’ve slowly learned to just let her to do art however she wants. There is a side of me that twitches when she wants to ‘make a face’ but lines all the googly eyes up in a row instead of the classic two eyes, nose and a mouth, but that’s the whole point of art right? To interpret it and make it how you want? Now that I’ve embraced just letting her go crazy, I love the chaos she puts on paper.

I escaped the house (with said fussy baby in tow) on Saturday afternoon. 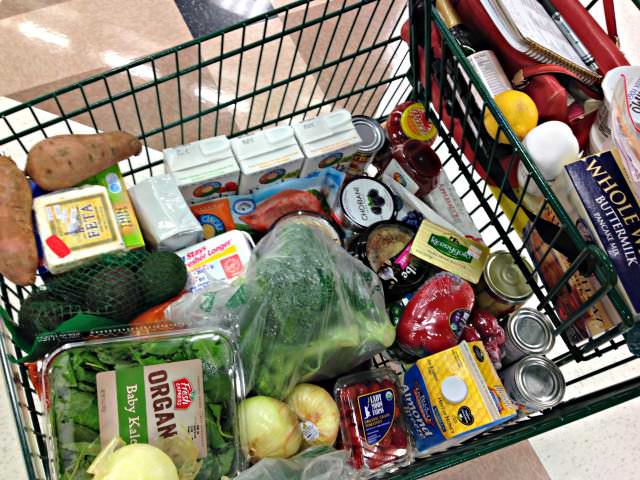 It was one of those ‘shoot we need to buy a bunch of stuff’ trips, so I hit up Lowe’s Foods. The bill was still to the tune of $220 (?!?), but we did stock up on coffee, butter, bottled waters, some broth, condiments and other staples that tend to inflate the bill. We’ve also been focusing on eating more at home, both breakfasts (because we are a three ring circus) and dinners, so if you compare an increased grocery bill to what we spend eating out, we are saving money, so that eases the pain slightly.

Rationalize much? Yes, yes I do. 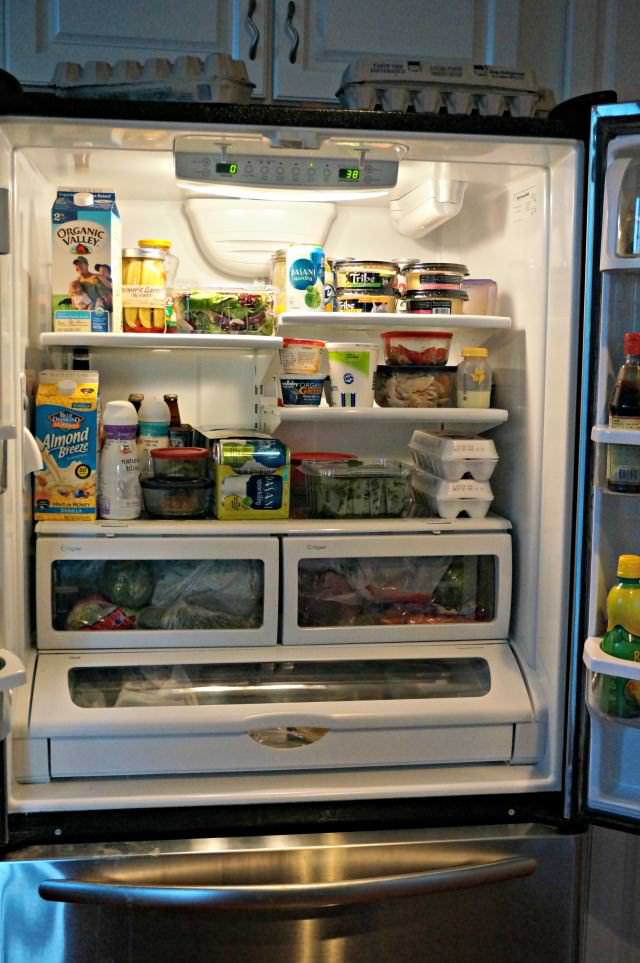 Yesterday (you know, the day I stayed in jammies all day?), was quite relaxing. David played with the girls and his guitar in the morning while I tackled some laundry and kitchen tasks (recipes and what not). It amazes me what some downtime can do for everyone’s psyche, including a three-year-old. Hailey was sweet as it comes yesterday and I soaked it up. I’m pretty sure the smell of homemade bread deserves some of the credit too. 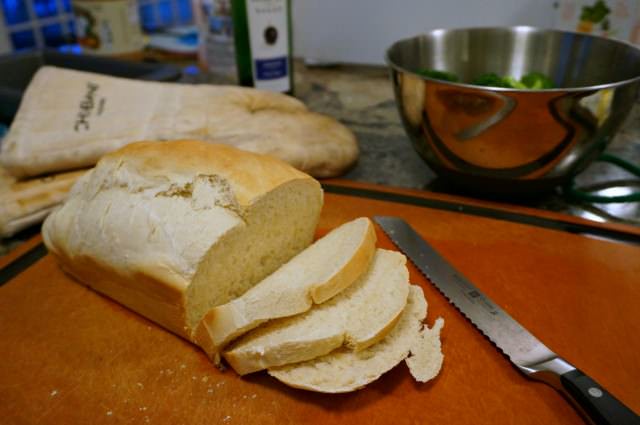 Dinner was particularly delicious, so much so that it is totally worth sharing. I adapted this recipe to my own liking and to the slow-cooker and will definitely be doing this one again! 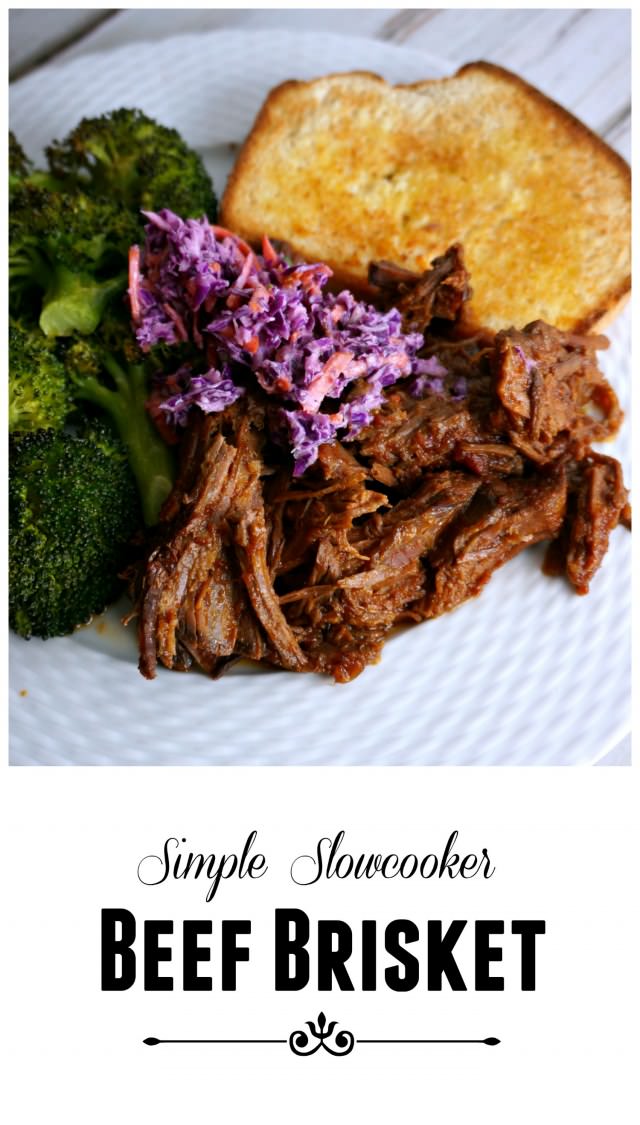 This simple brisket recipe is quick to throw together and makes for a hearty cold weather meal that will fill you up and make your taste buds dance.

Did you cook dinner or go out?

« The Friday Catch-All
Making Family Memories in the Kitchen »