Don’t you love early January? It’s like a first pregnancy. You know, when you can say things like s/he will never try to bite the dog/talk back to me/have an epic full-fledged meltdown in the middle of the Target check out line. It’s a blissful period before real life sets in when all your goals are most likely still going strong. At least, that’s how it’s working for me so far.

I remember taking on the organization challenge last year and though it was invigorating to see the results, trudging through it all was pretty tiring. However, the end results left me feeling ecstatic and I swore I’d never let the house get that disorganized again. Then I had a newborn and a toddler and I felt all my hard work was slowly unraveling.

Because of this, I was ready to take the bull by the horns and organize the fool out of our house again, and so I have. I’ve been checking off challenge after challenge and discovered something incredible… it’s SO much easier this year.

Sure, the challenge eases you in with a simple task like a purse clean-out. 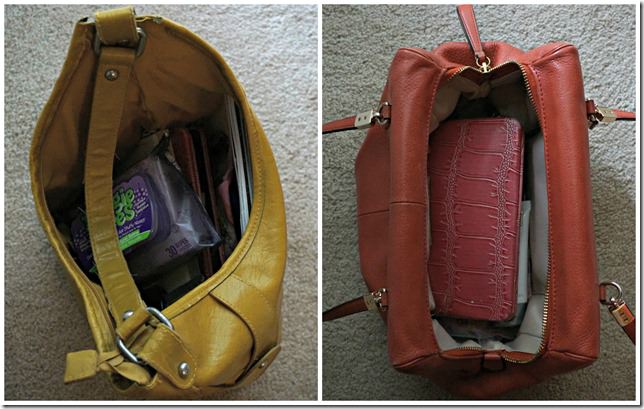 But it doesn’t take long to get to more significant goals, like the closets. 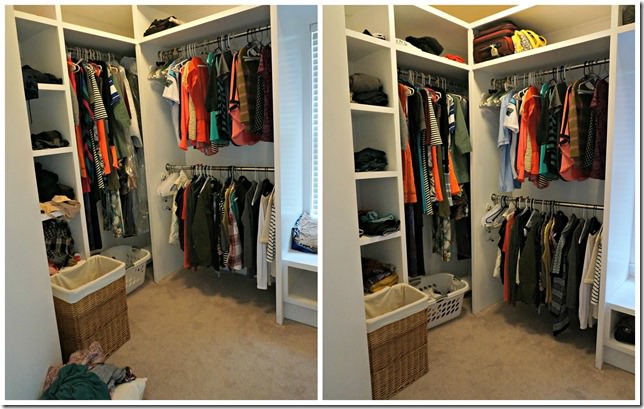 I was impressed with how quickly the closets cleaned up- they were more messy than disorganized- but I chalked that up to David getting in there and working on it too.

Still, once I arrived in the kitchen, again, I found things were pretty manageable. 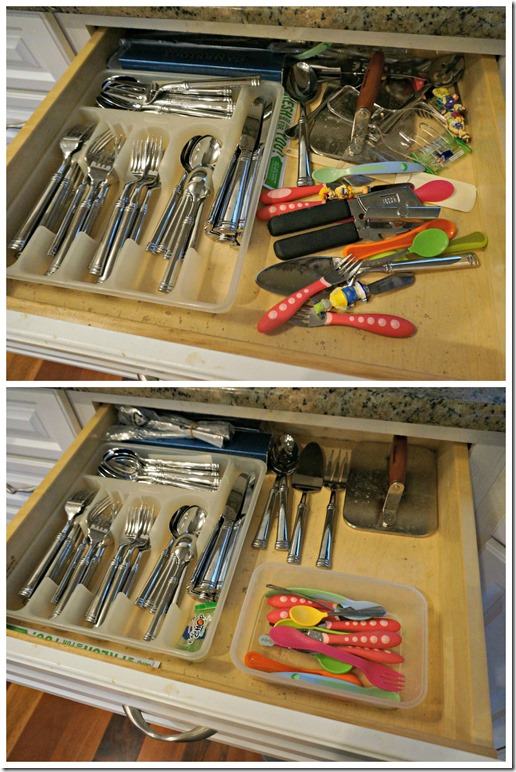 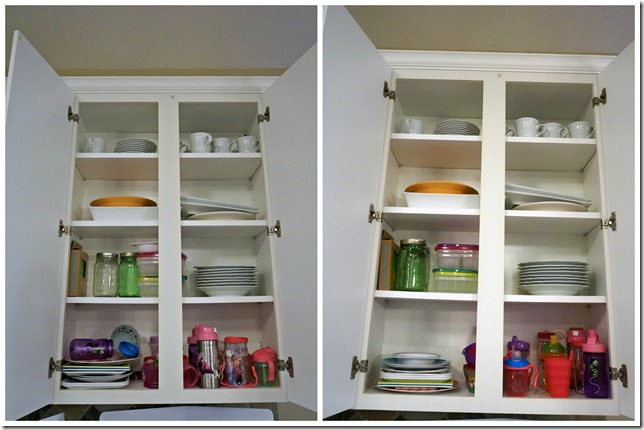 After thinking it through, it dawned on me that all my hard work last year really stuck around more than I thought. I was more conscious of putting things back where they belong and moving all the unnecessary items out of the house and onto Goodwill. 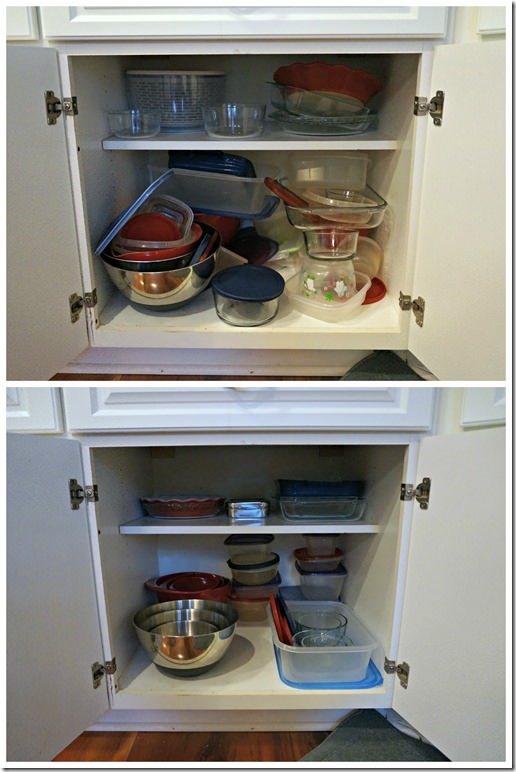 Even the fridge only required about 5 minutes of tossing old items and the subsequent scrubbing of all the drawers and shelves went much more quickly than last year. 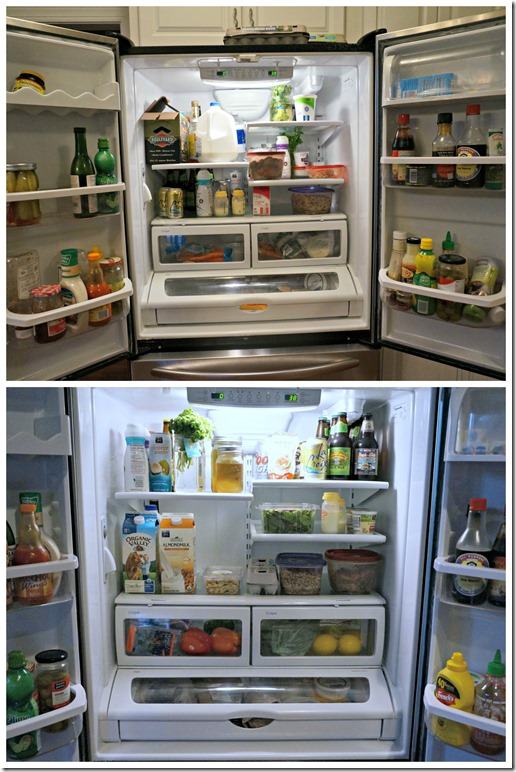 The freezer was the worst offender yet, but that is only because of a homemade popsicle that went rogue during late summer. 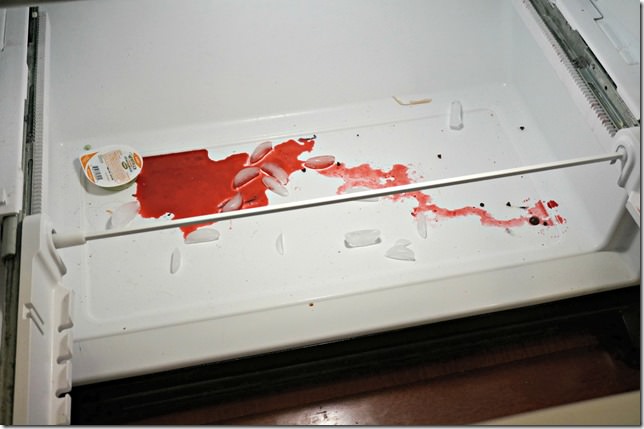 The satisfaction that came from cleaning that mess made me wonder why I didn’t tackle it months ago (but I blame the aforementioned newborn and toddler). 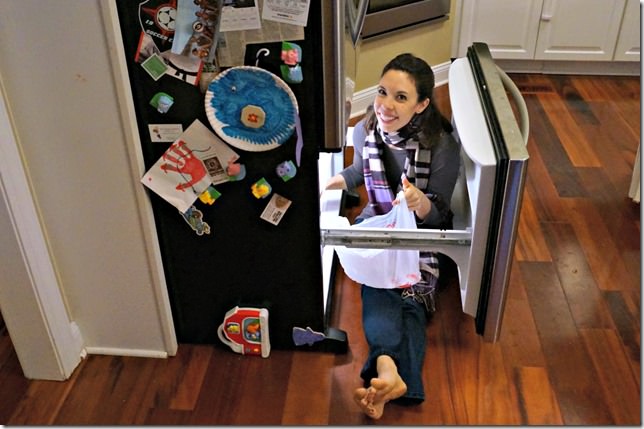 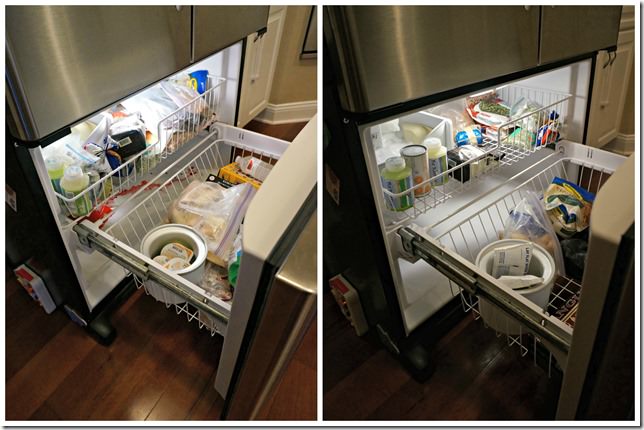 So maybe it’s just that beginning of the year buzz that has yet to wear off, but I’m becoming a believer in maintenance. Laundry is easier to tackle by doing a load every day, rather than letting it build up. Fitness endurance is easier to keep up rather than starting from scratch (trust me, I’m battling this currently). And keeping an organized home gets easier after tackling the first big kahuna. An object in motion, right?

I’m excited to be flying through these challenges and seeing my home transform back into the structured atmosphere that I thrive in.

Do you thrive on organization or chaos?

What secrets do you have for keeping an organized home?

I’m learning that having a spot for everything and putting it back in its place really helps. Along with getting the junk OUT of the house.