36 weeks pregnant… some days it’s hard to believe I’m this far into the journey and so close to meeting my first child. What do you mean I’m going to be a parent?! I mean, I knew we were having a baby, but it’s hard to wrap my mind around the fact that we are bringing a human into the world.  A human that is half of me and half of Hubbs. A human that we will be solely responsible for.  A human we are expected to teach right from wrong, prepare for the world and love unconditionally.  I know we can do the last part because we already do.  I’m going to have a DAUGHTER or a SON.  WOW.

And then, on the other hand, I feel so ready.  We have the ‘stuff’. We’ve read books. We’ve been around other babies.  We are ready to meet our little one. Parenthood? Bring it.

My clothes are ready, too. They can’t hold in the belly much longer. 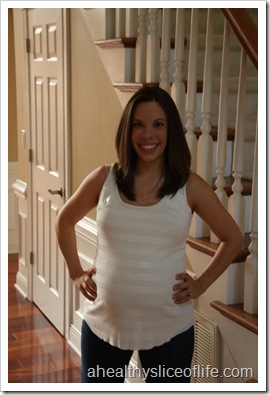 It’s strange not knowing which pregnancy post will be my last, so I wanted to talk a little about the symptoms I’ve experienced throughout pregnancy.  This interests me because I always thought everyone felt the same things. Well, they don’t! 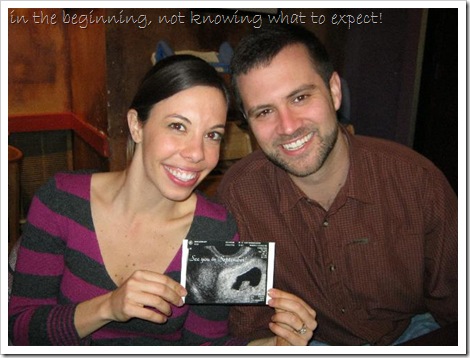 I did experience some of the common symptoms, though, including occasional headaches, 1st trimester exhaustion, food aversions and even a fun craving or two!  And now, it’s safe to say I have a bit of a waddle 🙂

Then there were some symptoms that I never knew came with pregnancy, but evidently they can be common.  Some of my weirdest symptoms included: 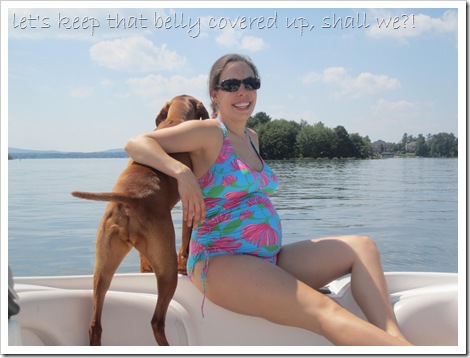 So that’s a quick run down of the odd and unexpected, but where are we now?

According to my iPhone app, I’m carrying a watermelon… like Baby from Dirty Dancing. 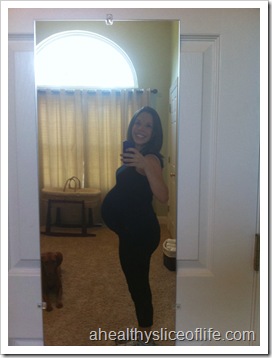 What’s the weirdest pregnancy symptom you’ve ever heard of or experienced?