Welcome to Munchkin Meals! I hope you saw that it’s now going to be a monthly link up on the first Thursday of every month.

Hailey is now 13 months old and still a good eater, though we’ve faced some challenges along the way.

You might remember our battle with introducing milk. Well I’m excited to report that Hailey is fully weaned from banana milk and now enjoys the banana and the milk separately. 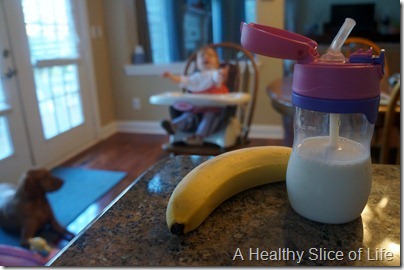 Our first challenge of the day is Hailey waiting patiently enough for me to fix breakfast, so she typically eats the banana while I fix it.

She drinks 6-8 ounces a day. This works fine for us. 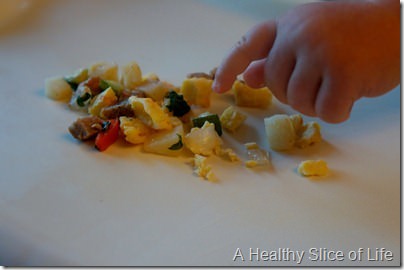 In addition to the banana, she has some of whatever I have, which happened to be the filling of a homemade breakfast burrito, which included scramble egg, zucchini, onion, spinach, red pepper, potato and sausage.

Another challenge we face is Hailey’s growing preference for flavorful food. Where she used to eat black beans rinsed from the can, she now appreciates a little more flav-ah. 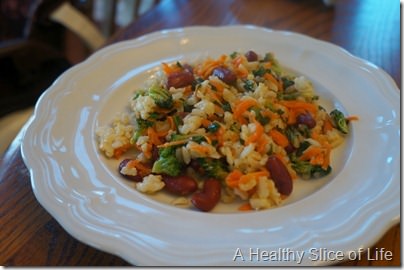 I can almost always count on lemon. Brown rice, kidney beans, broccoli, spinach and carrots sautéed in olive oil with lemon juice and a sprinkle of salt, pepper and garlic powder. It’s always a hit! 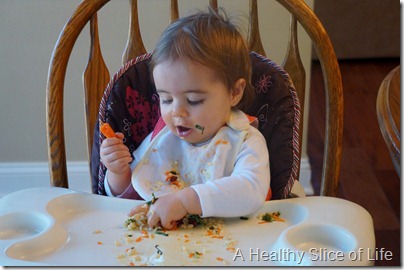 Afternoon snacks are varied. She loves it when I pull out the mandarin oranges (they’re like baby crack!) 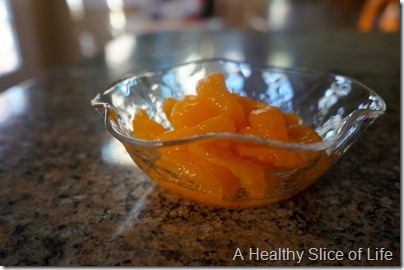 She also ate half a nutty butter sandwich on a deli thin. She might have eaten the other half, too, but I didn’t give her the chance. Sarah’s nutty butter is so good! 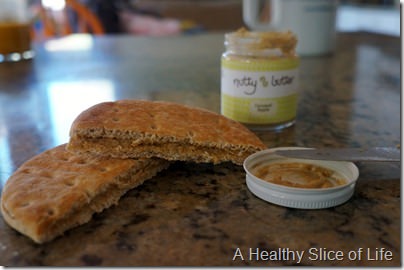 Finding good snack for while we are out of the house is another challenge we face. I almost always resort to a pouch. They’re just so darn easy and don’t create a mess of raisins and puffs thrown everywhere. She usually has one snack in the afternoon, but since I ate the other half of her sandwich, I think she was hungry, so she had 2 snacks instead! 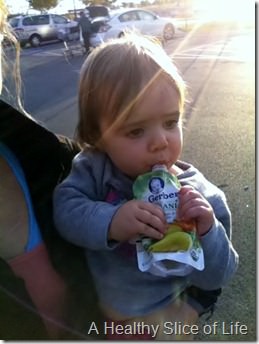 Clearly she was ready to be done with errands judging by that look on her face.

The final challenge I’ve battled with lately is the battle of the bib. It usually happens in the evenings when she is more tired. The only bib she can’t pull off is the Aden & Anais burp bibs, of which I have only one. I use it and wash it almost daily and should probably just buy some more. Anyways, when she can’t pull it off because of it’s snap in the back, drama ensues. 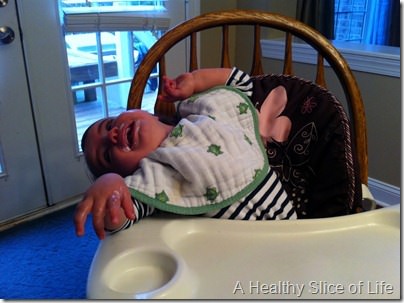 Flailing, crying and an overall meltdown. So dramatic. I have no idea who she gets that from (Mom and Dad, no need to insert your two cents here…). This tantrum continues until I can distract her. With food. She definitely gets that from me 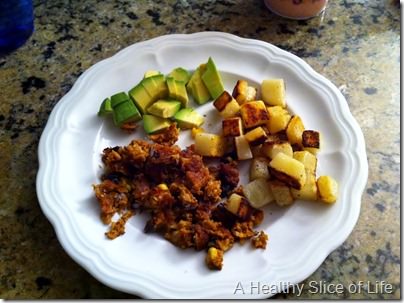 I’m grateful that we haven’t hit a picky phase yet. I’m sure it will come, but until then I enjoy sharing food with her and introducing her to new tastes.

In related news, and shameless self plug, Munchkin Meals was recently was featured in the Charlotte Observer! 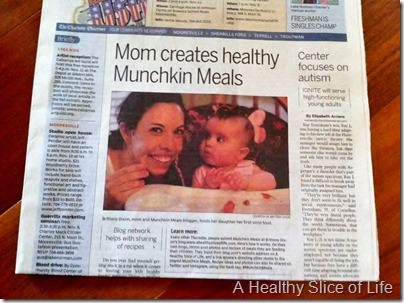