This might be a rather lack luster Munchkin Meals post on my part. Taking pictures of Hailey’s meals has really fallen off the priority list at the moment and posting a picture of Kaitlyn’s current meals would be inappropriate, though may result in some serious page views… hm… 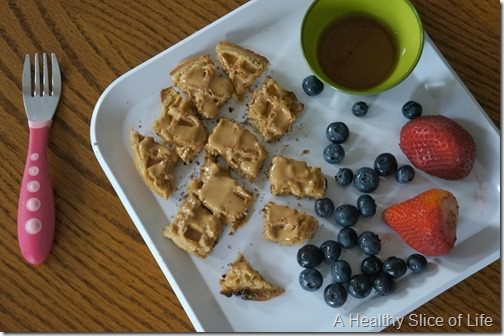 Basic breakfast: one of these waffles with peanut butter, fruit and maple syrup. 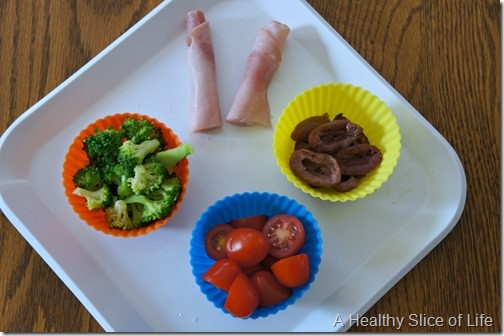 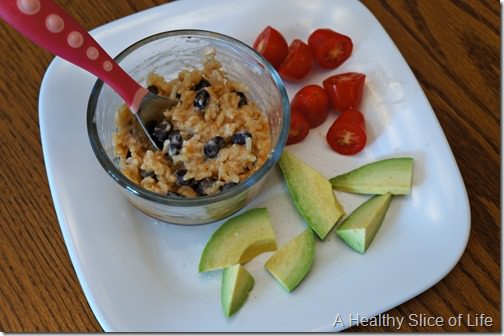 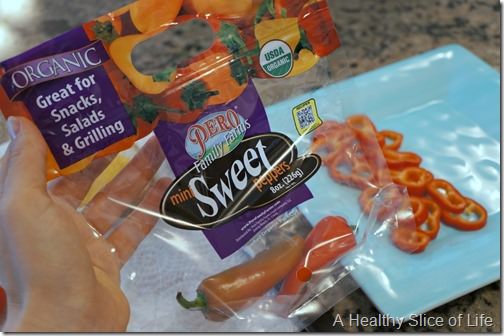 There is a little new development that in the past month or so, Hailey (2 years and 9 months) has told me she doesn’t like something I’ve given her, namely celery, cucumbers and cottage cheese. Not to be obnoxious, but she has never said ‘I don’t like that’ to anything before besides spicy foods, so it’s taken me surprise. I haven’t made a big deal out of it, in fact, I barely have acknowledged it. I just tell her to put it on the side and continue on. However, I’m watching her to see if the trend continues. Does becoming more picky start out slowly?

In other news, I’m already psyched to start solids with Kaitlyn when she reaches 6 months. I plan to do baby led weaning with her, just like I did with Hailey. I look forward to having some fresh content for Munchkin Meals, and even perhaps a new perspective depending on if she is as adventurous with her eating as her sister.

Moms, how do you respond when your kids say I don’t like that?