That’s certainly how I felt. Being that I usually use almond milk, I hadn’t given much thought to all the variances of cow’s milk. However, as I faced the decision about what to feed my baby, I decided I needed to learn about milk in hopes of picking the best for Hailey’s growing nutritional needs.

Milk: Which Option is Best for Your Toddler?

I grabbed a ‘natural’ labeled milk that rBGH-free. Wahoo- done!

…until I looked closer. Wait, the milk wasn’t organic. That was super important.

Out of curiosity, I decided to investigate the difference between organic milk and rBGH-free milk. What I found was pretty interesting.

I asked myself, why do I like to buy organic? I like no pesticides, no hormones, no antibiotics. You, too, right?

[Tweet “Milk: which option is best for your toddler?”] 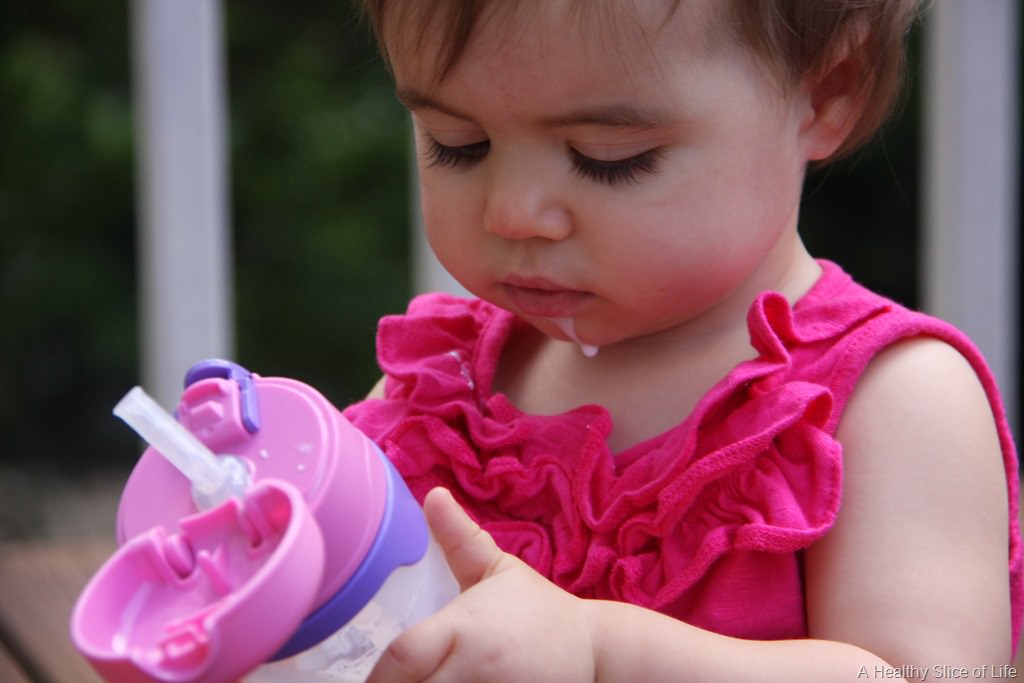 Well, did you know that saying milk is antibiotic-free is like saying water is calorie free? It’s a given.

ALL milk (organic or not) is closely screened for antibiotics.

Ok, great. But what about hormones? Well, saying any milk is hormone-free is a flat out lie.

A very small amount of naturally occurring hormones are present in all milk: organic and conventional. What organic companies mean is that they don’t use synthetic hormones (rBGH/rBST) to speed growth. Though it’s been researched extensively and experts say milk that comes from cows treated with rBGH/rBST is safe, I’d prefer the milk I give Hailey to not have synthetic hormones.

Finally, pesticides. Well, we don’t spray animals with pesticide now, do we? So it doesn’t sound like a big concern.

However, the difference is that organic cows must be fed food that is also organic, while other cows don’t. How much of a difference does this make?  There is great research on the topic HERE, but to sum things up, both organic and conventional milk were found to have trace amounts of DPA (diphenylamine).

However, both milks were WAY lower in the amounts of DPA found than the amounts found in a conventional apple (0.06 ppb vs 2.9 ppb) and are considered safe (though I always take “safe” with a grain of salt).

Please keep in mind that organic does NOT equal grass-fed.

Organic cows eat organic feed and corn. To get the organic seal, only 30% of an organic cow’s diet must come from pasture during the 120-day grazing season. This means the image you have in your head of organic cows living the free life, chillin’ in the pasture isn’t reality. (This is how Horizon Organic Milk has come under fire so many times — google it).

Woah detail overload! I just wanted to make sure I was thorough with my investigation.

Who knew something as simple as milk could be such a complex topic? Like everything with parenting, you need to pick what feels best for you and your child.

Update: after all of this, Hailey started drinking milk from Homestead Creamery in Virginia. It’s available at my local farmers market and after researching their practices, I feel good about this decision. Plus, it’s delicious!

What milk do you and your child drink?