Hailey is 3 months old today! That’s just nuts. I still picture her as my little newborn peanut, but after looking back at her pictures from 2 months ago (reminiscing already? Lord help me on her wedding day), it’s clear to see she has grown so much. 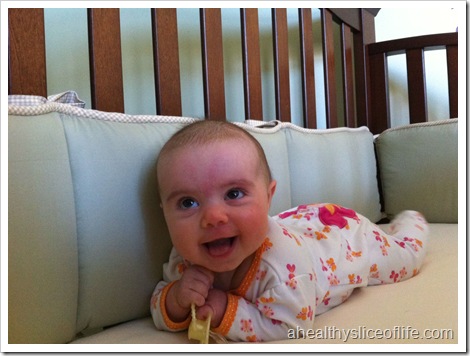 Besides just looking at her and her clothing size (which is typically 3-6 month), it is evident she is growing in her development. She smiles all the time… except when there is a camera is her face. Sigh… I wish she’d let me capture it! Instead, she usually gives me this face: 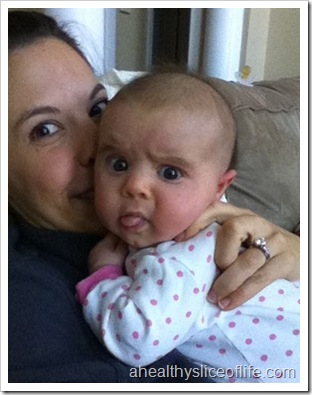 She babbles a lot and is loving all the funny noises she is learning to make. She laughs at herself a lot. 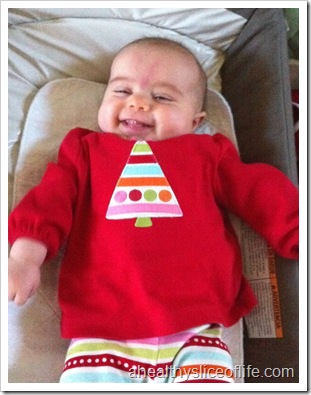 She reaches and grasps things now, which is wonderful… except when it’s my hair- yowzers! 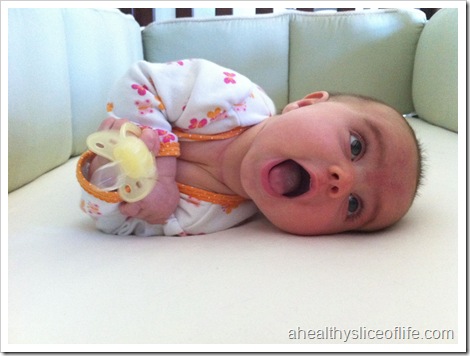 She still has a love affair with books. She was crying the other day and didn’t want to eat or wiggle or bounce… but I opened a book and like a switch, the tears turned off and she was all smiles. 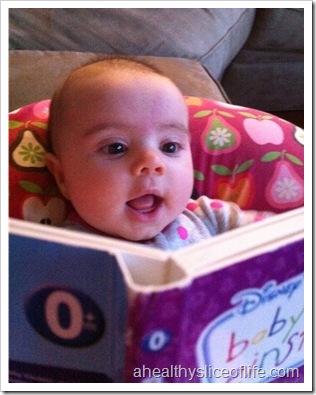 She is rolling over from front to back AND she rolled over back to front… one time… yesterday. I guess she wanted to squeeze that milestone in before she turned 3 months- haha! 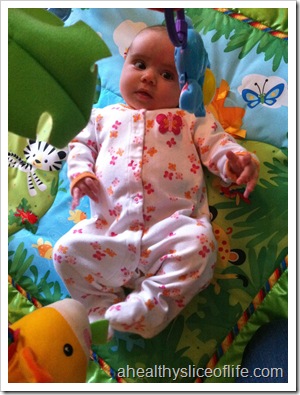 Her hair is falling out and growing in at the same time. Except for the ‘party in the back’. It hasn’t fallen out at all, which leaves her with an awesome hairline. Hubbs calls her Friar Tuck. 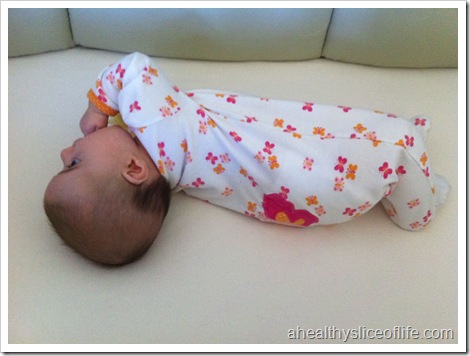 Now that she has discovered her hands, they are always in her mouth, which has me more vigilant of Koda to make sure she isn’t licking them. 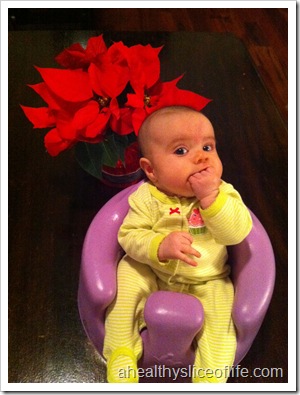 She is still as wiggly as can be, but her tongue stays in her mouth more than it did previously. She is no longer the little lizard child she started off as.  And she wiggles herself into some pretty interesting nap positions. Hey, whatever works for ya, kid! 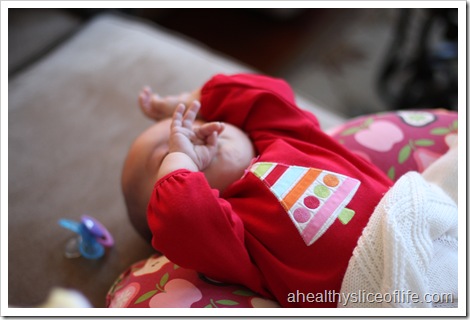 I don’t know how much she weighs, but I feel like she’s big! Maybe it’s just me, though, because she is still in size 1 diapers.

I haven’t touched on what our day to day looks like since she was 5 weeks old, so I thought I’d update you. I’ve never implemented a schedule or routine, I’ve just followed Hailey’s leads, though over the past week or two I’ve been writing down what she does at what times, which has helped me predict her schedule. So here’s what we’re up to:

I almost hate posting schedules because everyday is different. The rough breakdown is that Hailey eats 5-6 times a day (6 if I’m topping off the tank before she goes down for the night). She naps 4-5 times, all 40-45 minutes each. 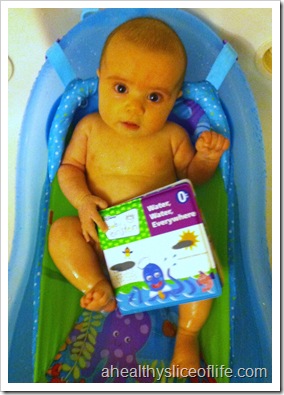 She gets more and more interactive everyday and when a rough moment comes along, it only takes one big smile to make me forget all about it.

What is your favorite age babies/children to play with?