I wracked my brain for a creative string to tie all these pictures and thoughts together, but alas, my brain failed me and here I am with a good ‘ol fashion compilation of randomness. So instead, here’s what I’m loving lately…

A break in routine. I love our rhythmic flow most weeks, but yesterday afternoon I found myself texting friends for a last minute get together (everyone has kids so no go) and begging David to meet me at the library (also couldn’t happen). So what’s a mom to do? I took my kids to a bar. 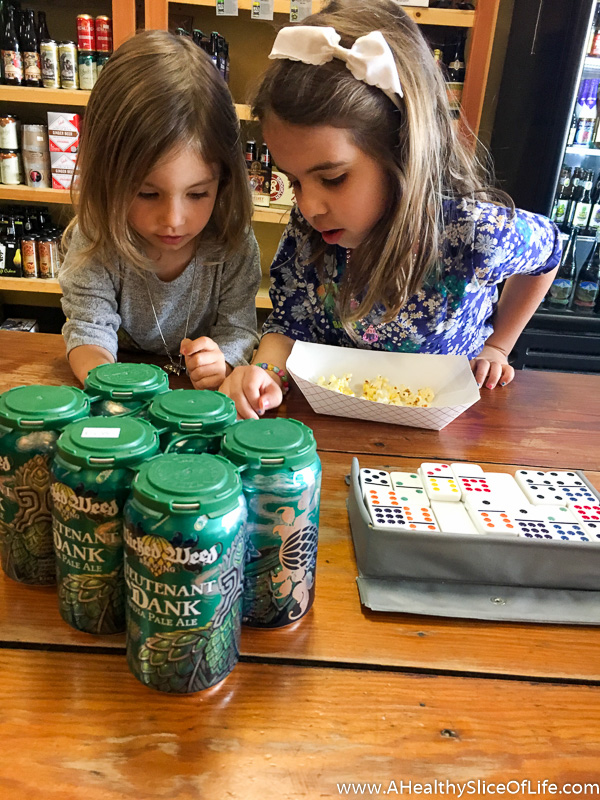 Mom of the year!!

Ok, ok, Ultimate Ales is really a bottle shop with an incredible selection of craft brews, but they do have some available on draft. I intended to buy a 6 pack and head home (I just realized how bad that sounded- I wasn’t going home to drink the 6 pack, LOL, we were just out of beer), but the atmosphere was welcoming and there was space at the table to play dominoes and war. Toss in the free popcorn they offered and the girls basically begged to stay. 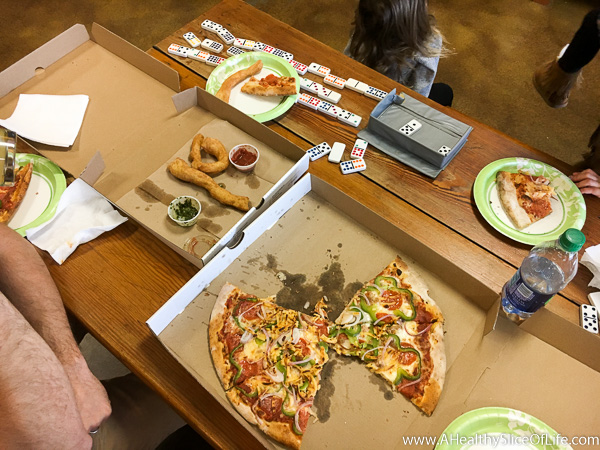 We ordered a pizza from The Salty Caper next door, and go figure, David decided to come meet up with us then. (wink)

Scholastic DVDs. We’ve settled into a comfortable place of once a week TV, usually Friday afternoon/evening. It’s working really well for us. It’s not a stated rule, but has become such the norm that the girls don’t even ask or mention it anymore. When we do watch, it’s usually these Scholastic DVDs from the library. 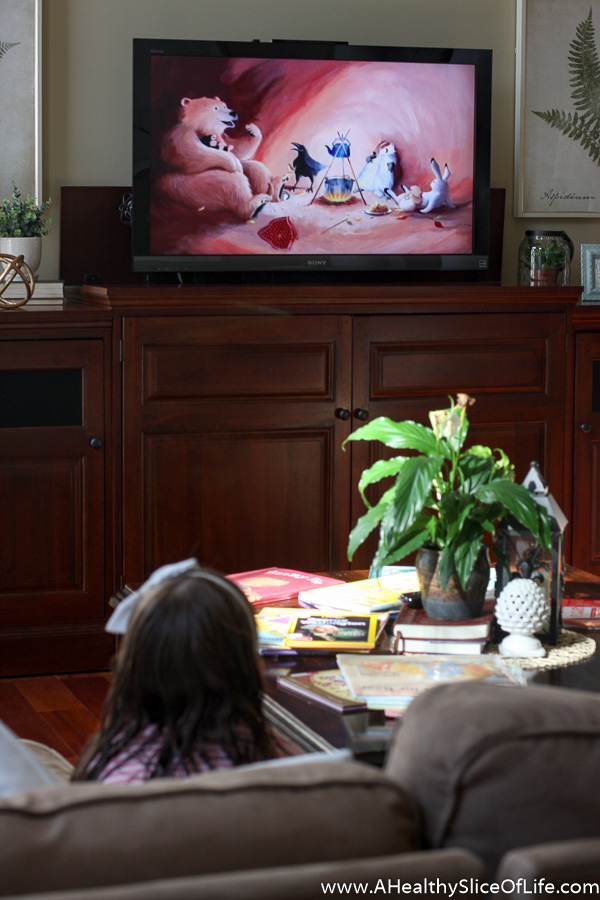 Have you guys seen them? I LOVE them. They bring books to life in gentle, but engaging way. I’ve read more about rapid imaging in a lot of today’s kid programs and how much the type of TV instead of just how much matters in early childhood. Here is a TED talk on the subject if you’re interested.

Speaking of the library (my favorite place lately)…

You Read to Me, I’ll Read to You Books. We’re at a place where Hailey wants to read us books at bedtime. I love that during the day, but sometimes at bedtime, it moves a little too slowly and she’s tired but doesn’t want to admit it. These books are great for those times, as it switches off who reads which line. 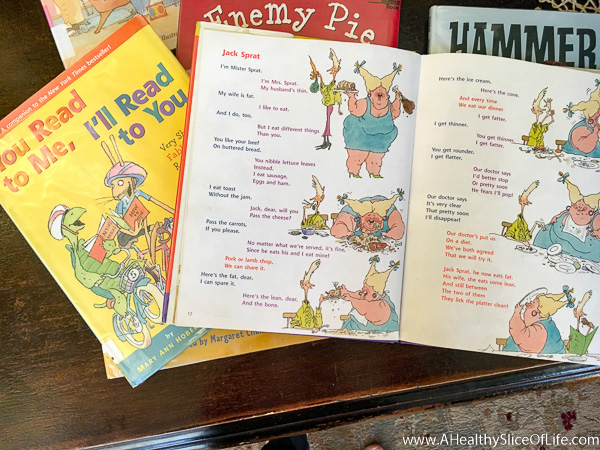 They’re great for the stage we’re in right now as they engage her, but also gives her a break.

I have tried (and failed) 3 separate times to make my own starter so when Jen offered to bring me some of hers when we got together earlier this week, I geeked out. 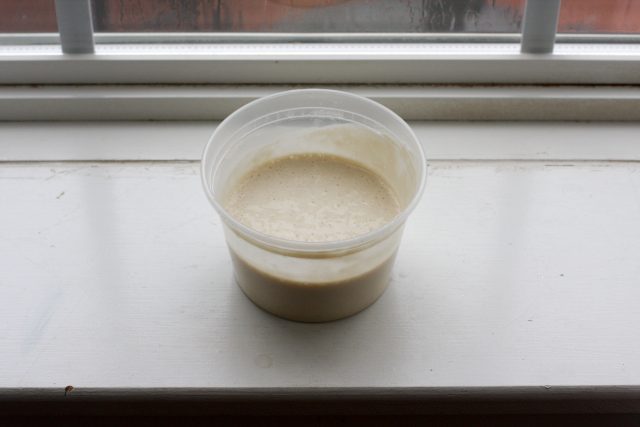 If you are interested in sourdough, you must check out Jen’s detailed post on everything you need to know about making and baking sourdough bread. Honestly, I’m terrified I’m going to kill the starter and mess it all up (baking is not my forte), but I ordered a kitchen scale and everything so I can at least give it my best shot!

Family Photo Albums. I finally finished my 2016 Photobook. I got way behind last year and am trying to stay more on top of it this year by adding pages as each month passes. My plan is that at the end of the year I can just wait for a sale and order it rather than playing catch up. I used Mixbook for the first time and am super pleased with the quality. 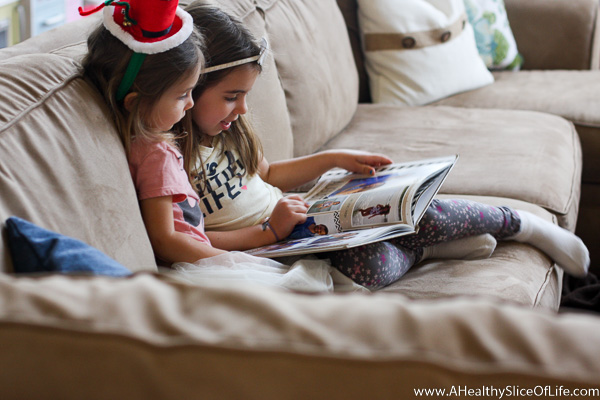 When it arrived the girls sat on the couch looking through pictures for 45 minutes, which made me smile, as that was one of my favorite things to do when I was growing up. Family albums are the best.

Commit2Fit Challenge. Every Thursday during the Burn Boot Camp’s Commit2Fit challenge, there is a personal best day to measure your progress. After a warm-up, we spent 8 minutes at each station, adding 3 reps to the each exercise each round and tried to see how many rounds of each we could accomplish. 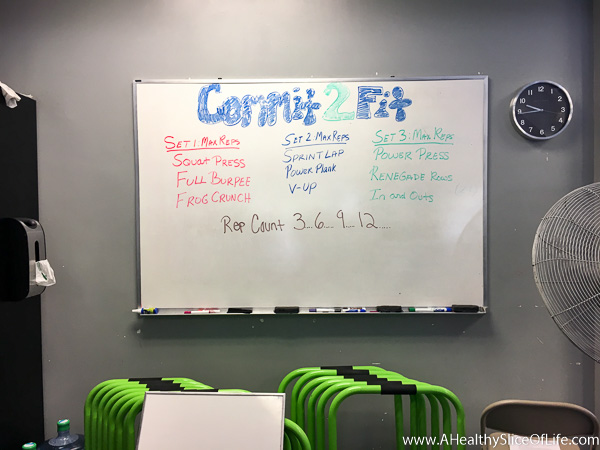 I used 20# weights which is pretty good for me and man can I feel it today. I absolutely love being able to track progress though, so I’m excited to see how many rounds I can increase it by at the end of the month.

The Weekend! We have an Easter egg event and a possible baseball game as well, so I’m looking forward to some sunshine and some good times, and maybe some chilling out too. I realized yesterday that this is how I sit in a chair 90% of the time: 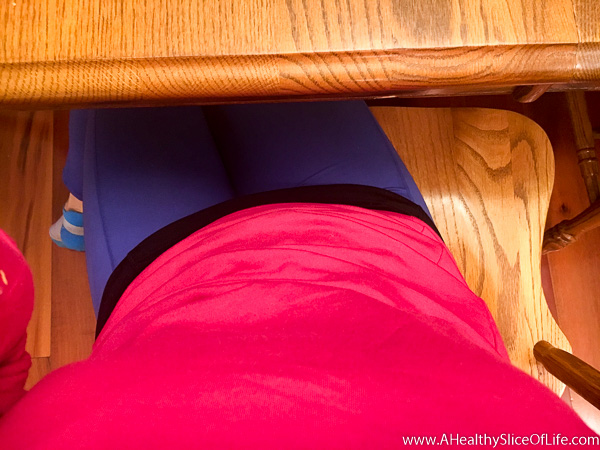 Do I really feel so busy that I can’t sit correctly in a chair, but instead feel the need to be ready to pop up at any point? I’m making it a point to not only sit, but kick my feet up as well.

Anything fun happening for you this weekend?

Are you a baseball game fan?

I grew up going to Braves games with my family, and later in highschool and college with friends. I still remember the parade my mom took my bro and I to when they won the World Series. I don’t watch as much of it now, but I have so many fun memories!