Yesterday was a perfect Monday morning. It was pouring. 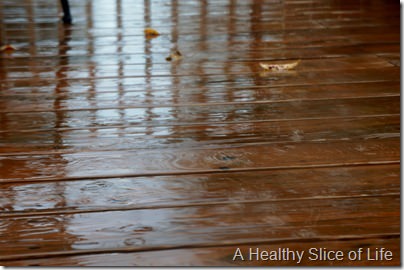 I realize not everyone may share my sentiment for gloomy days, but I find they are when I’m most productive. Yesterday my multi-tasking was at all all time high. Though I did get started on a big writing project, mostly I was a domestic goddess.
…What? Why are you laughing? 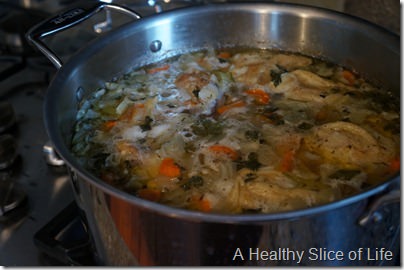 Homemade chicken broth. I’ve never made it before, but I’ve heard others swear by it’s flavor. Supposedly it in infinitely better than store bought. It did taste like a bowl of comfort, but I’m not sure if I’ve ever tried straight up chicken broth from the can to compare. It did make the house smell incredibly cozy, though!

It’s slightly cheaper- my 3 quarts cost about $7 to make versus $9 for 3 quarts of store-bought, but it takes a good chunk of the day to cook. Luckily, most of it is inactive time, so it allows for multi-tasking. 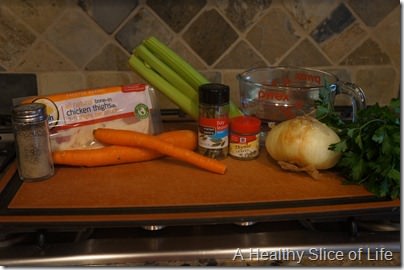 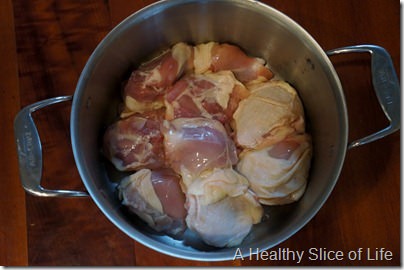 Truth be told, I’ve never used any chicken besides boneless breasts and a whole chicken for roasting, so thighs were slightly intimidating. Being that I only had to boil them, I figured I’d be ok. So much for that domestic goddess talk, huh?

Anyways, rinse the chicken thighs and put them in a large pot. Add the 4 quarts of water and bring to a simmer. 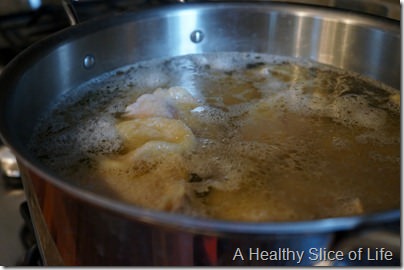 As it simmers, scum (ahem, impurities) will rise to the top. Spoon it out and into the garbage until it’s all gone. 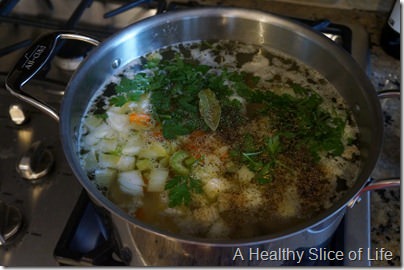 Add the veggies and herbs. Keep the pot at a low simmer (NOT a boil or the broth will be all cloudy) for 4 hours. Add some water if the water level gets to low. 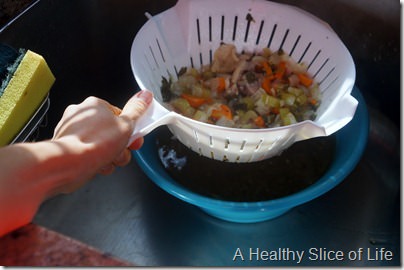 Strain out the chicken and vegetables. A colander will do great at the large pieces, but then you will want to strain it through a cheesecloth to make sure all the debris is out. 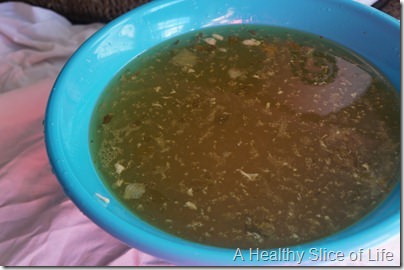 I didn’t have a cheesecloth. I know, I know, I’ll never use the word domestic goddess again. I strained it once more through a smaller strainer and called it good enough. 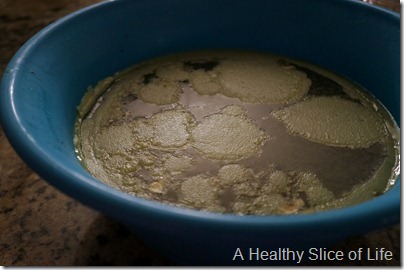 Let it cool in the fridge until the fat hardens on top. Skim it off. 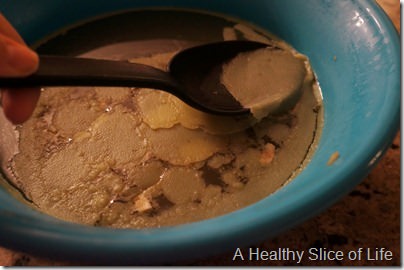 Then, it’s ready for use. Store it in the fridge and use within 3 days, OR freeze it for up to 3 months. 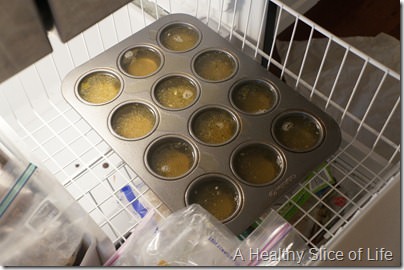 I decided to freeze some in muffin tins to create perfectly sized portions to use or stir-fries, to add flavor to vegetables or to use to cook grains. I froze them over night, then turned the muffin tray upside down on the counter until my chicken broth nuggets fell out. 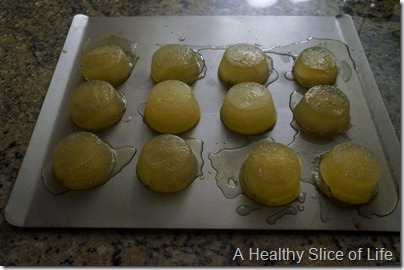 I fed Hailey the cooked carrots for dinner (they were so mushy!) and used the chicken  for our buffalo chicken salads, though it was a bit mushy, too. 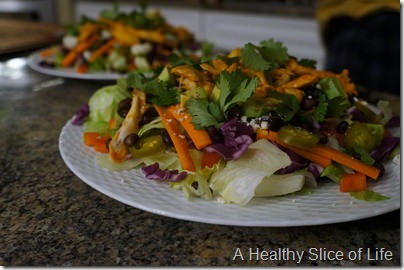 Next time I’ll take your advice (thanks for the comments!) and roast the chicken, take the meat off and just use the bones. But for now, what to make with all my broth?

Or maybe I’ll just freeze it all until the next rainy day. 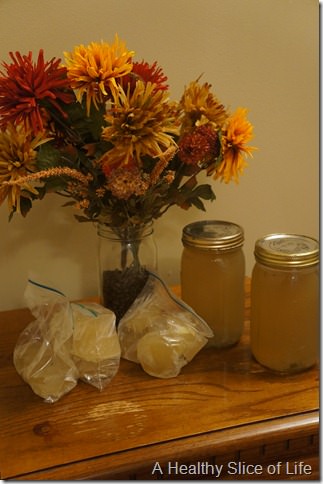 Ever made broth at home?

Though it took some time, it wasn’t nearly as intimidating as I thought it might be. And the flavor? It’s pretty wonderful, but maybe it’s just because I know it’s homemade