Thanks so much for the feedback and conversation on yesterday’s post on calorie counting.  I found it really interesting to hear everyone’s responses, and although there were arguments from both sides, I think they overall consensus was that it’s ok to keep track of what you’re eating 🙂

Last night I was really craving some Chinese food.  Unfortunately Chinese food is loaded with sodium and hidden fat… annnnnnnnd I’d have to get in my car and fight traffic to pick it up 😉 No thank you.

Instead I tried out an at-home version of General Tso’s Chicken.  I know, YUM.  The recipe I used was a lightened up, veggie loaded recipe based on a recipe from Martha Stewart. So without further adieu…

Go ahead and get the rice cooking while you start chopping your veggies.

I used what I had, which included a little leftover frozen broccoli. 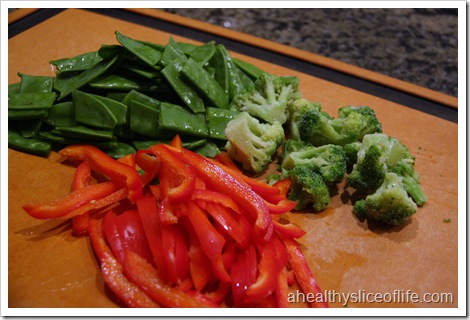 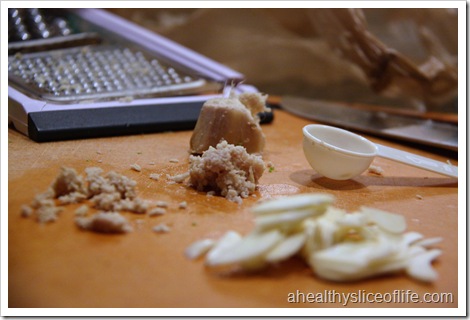 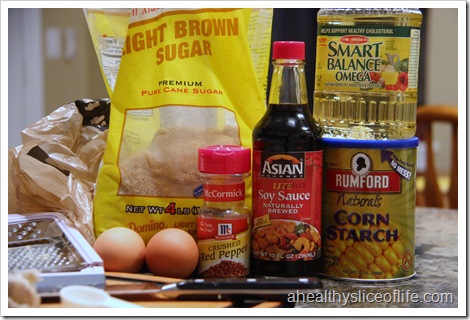 In a big bowl, combine 1 Tbsp corn starch and 1/2 c cold water.  Whisk together until smooth.  Then add the brown sugar, soy sauce, red pepper flakes, ginger, garlic, and your veggies.  Toss to combine and set aside. 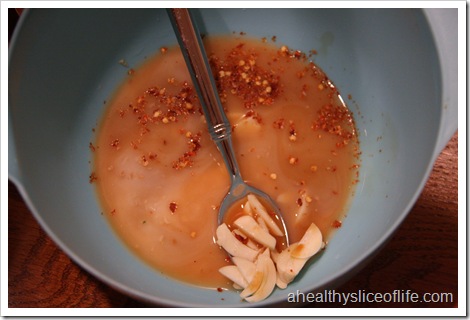 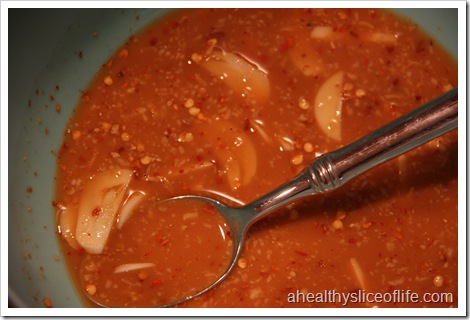 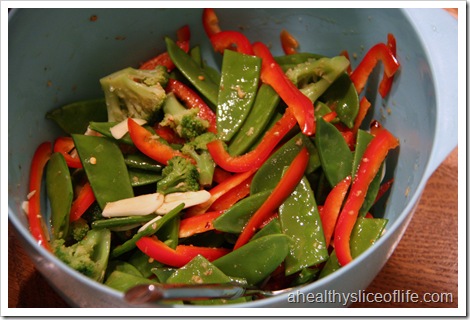 In another bowl, whisk together egg whites and remaining 3 Tbsp of corn starch with 1/2 tsp salt and 1/4 tsp pepper. 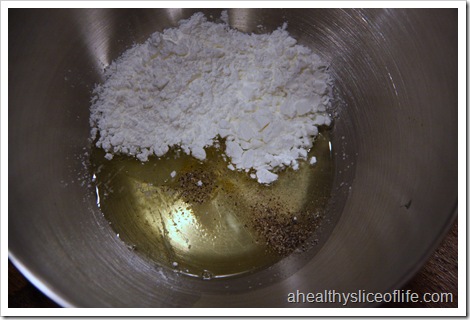 Once well combined, throw in your chicken and toss to coat. 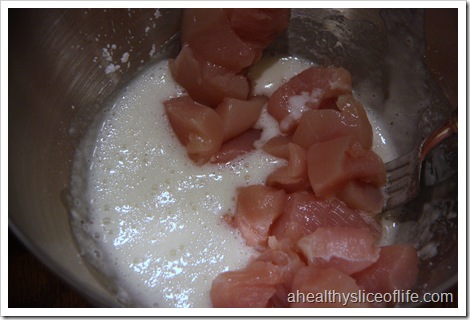 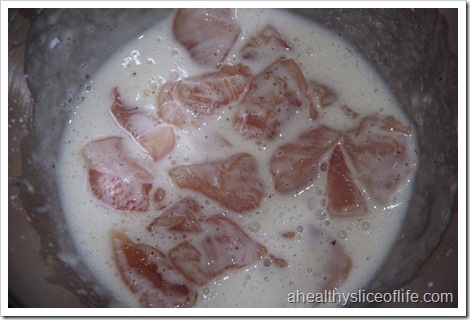 If you have a very large pan, you can cook all the chicken at once, otherwise you can separate it into 2 batches.  Use the 2 Tbsp of oil to cook the chicken over medium-high… about 8 minutes, until cooked through. 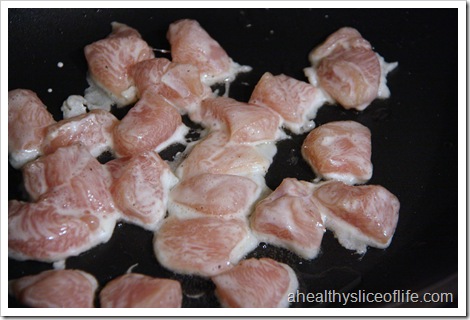 Once chicken is cooked, remove from pan and set aside. 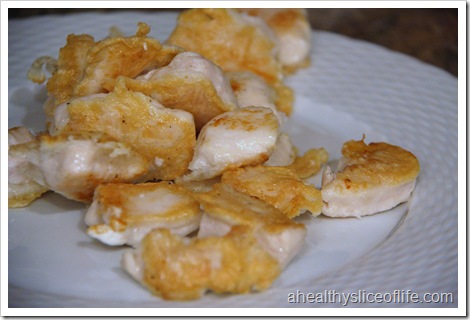 In same pan, add your marinated veggies, sauce and all! 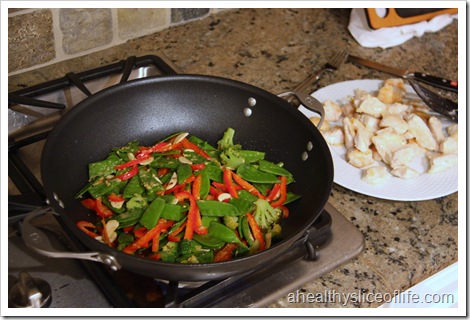 Cover and cook for about 5 minutes, until veggies are soft and the sauce begins to thicken.  Add chicken and mix well. 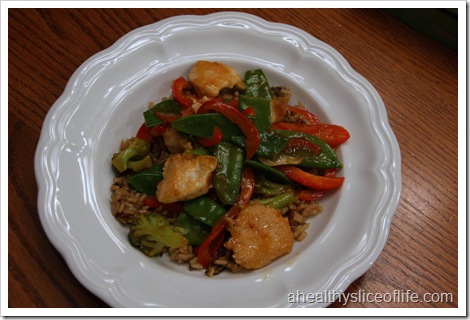 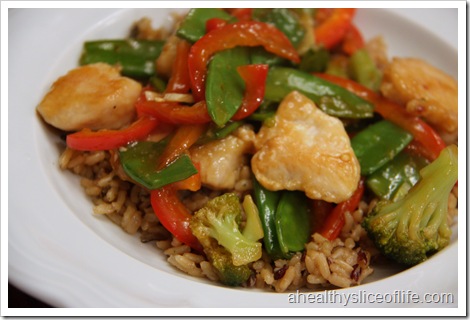 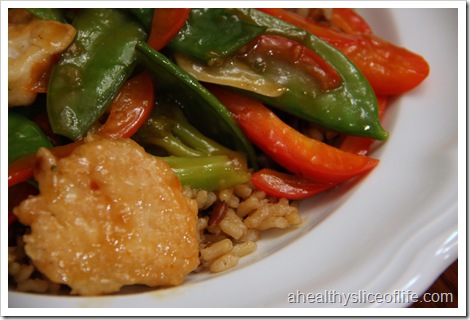 Dinner turned out delicious!  We ate all of it, so if you are cooking for more than 2 people, you may want to double the recipe 🙂

Mine is hot & sour soup…. but I haven’t attempted to make that yet!

Have a great weekend!