I know some of you do and some of you don’t have kids. Let me go ahead and ruin the surprise for those of you that don’t and tell you that once you have kids, previously seemingly dull events become the stimulus for a date.

Por ejemplo, we’ve been trying to meet with our CPA for a while now, so when the appointment ended up falling on a Friday afternoon in Charlotte, my mind lit up with all the lights and sirens that signaled- DATE!

And date we did. We turned it into a Charlotte restaurant hop that began with a late lunch at Kindred in Davidson. 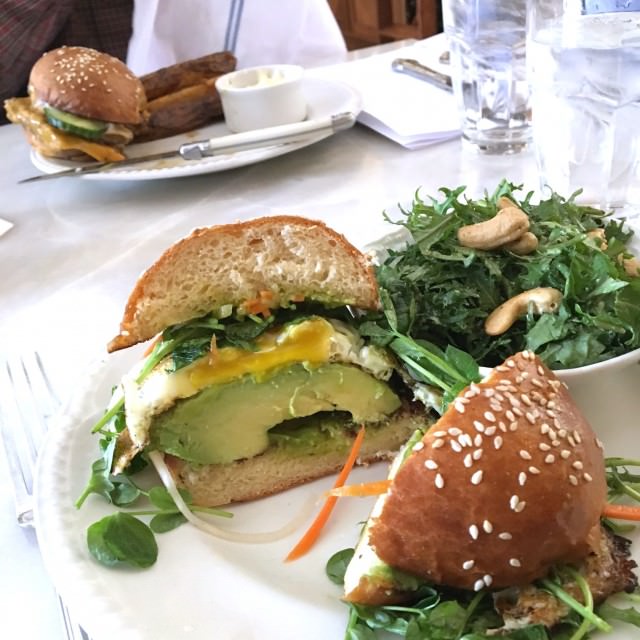 It’s pretty much my favorite restaurant ever (Bon Appetit agrees). I ordered the avocado lunch sandwich which had a ripe avocado on a milk bread bun with a fried egg, daikon radish and Australian pea shoots. Kale and cashew salad on the side.

Locals: if you’ve been wanting to try Kindred, I highly suggest a lunch date! Prices are reasonable ($10-12), food is incredible and if you have kids, they will bring out dough for them to play with.

After lunch we took off to our CPA meeting, where David and I both geeked out over discussing financial planning before making our way to Heist Brewery in Noda. 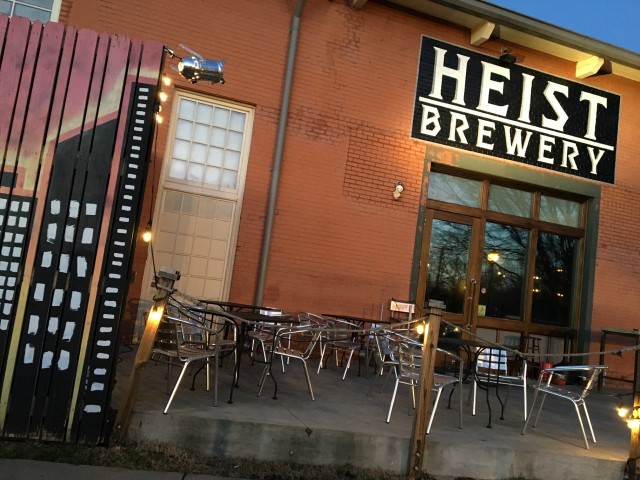 It was our first time there. I had heard good things, and boy did it live up to it– this place was awesome! It’s huge, the atmosphere is a blend of rustic and upscale and we wasted no time ordering a flight to share. 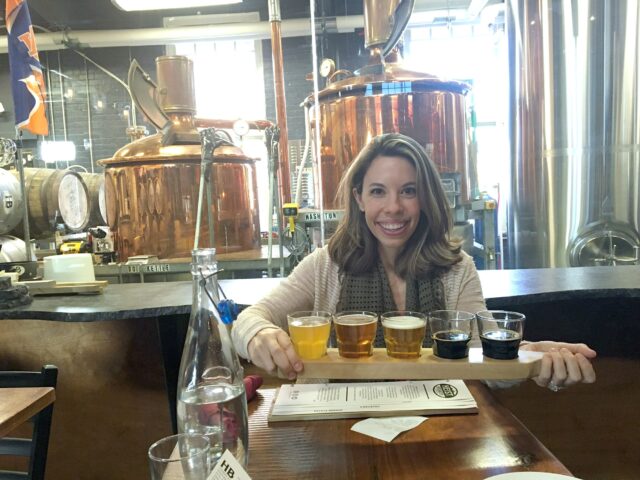 I would love to meet a group of friends here, but David and I had a pretty good time with just the two of us. We chatted and took notes as we watched the bartender made a “smokey Manhattan.”  She lit wood chips on fire, then turned the glass upside down over it to trap the heavy smoke. After letting it sit for a bit, and allowing the smoke to create  flavorful film on the glass, she poured the bourbon blend. 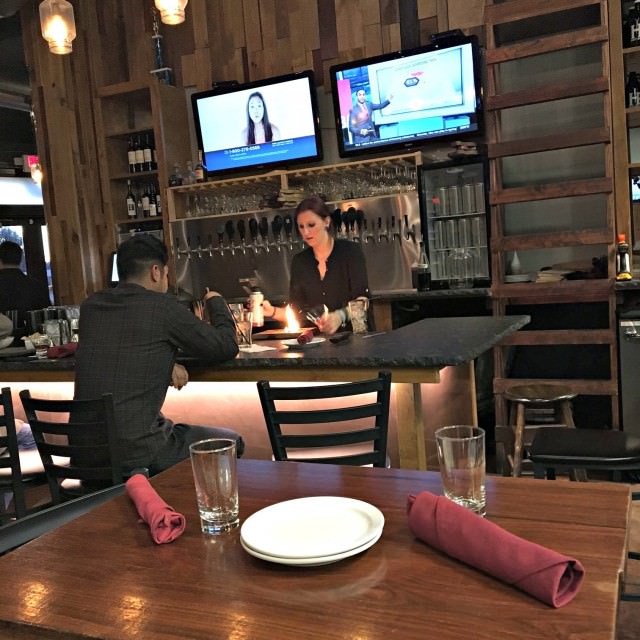 I will definitely be trying one next time!

We perused the menu and though there were many delicious-looking options, we finally chose the pork spring rolls. 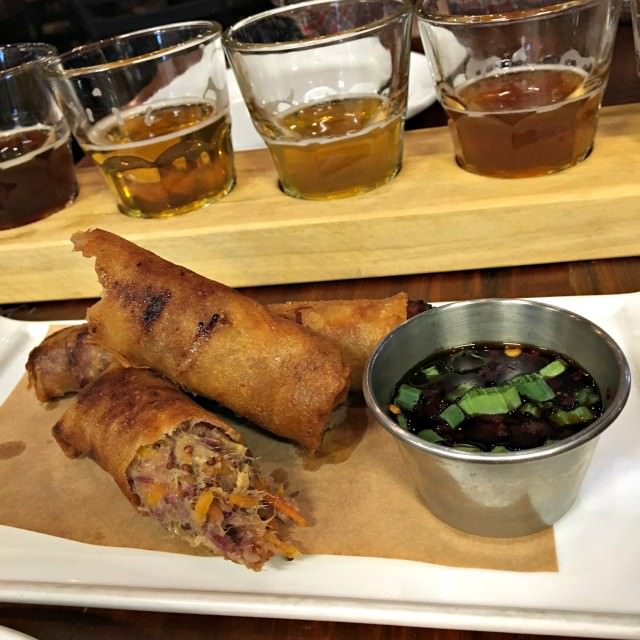 The mustard seeds in it gave the tender meat a solid kick of flavor and spice and we devoured them in about 30 seconds.

We decided to start making our way north so we paid and took off, admiring the sky line on our way. 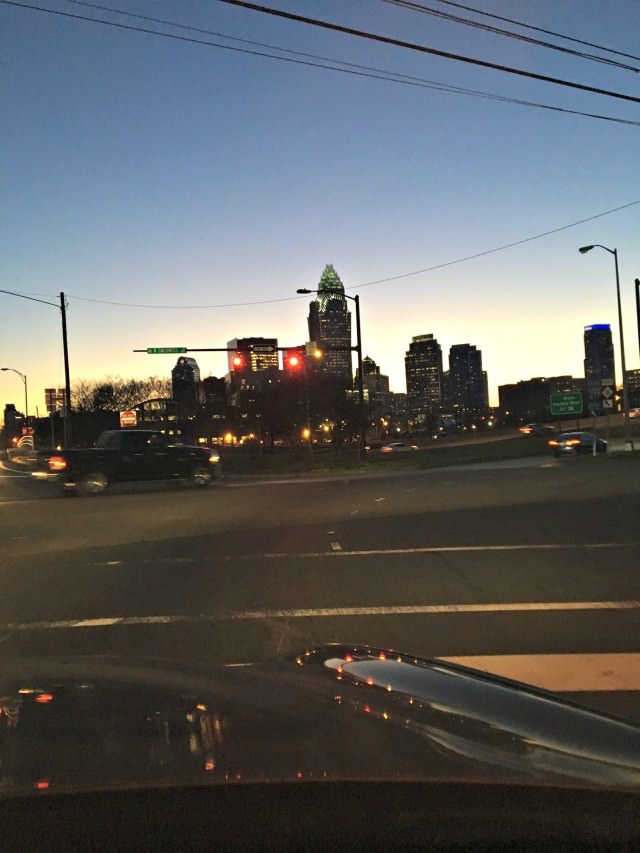 Our next stop was Primal Brewery in Huntersville. It was full and lively and again, we ordered a flight to share. I really liked the cozy atmosphere and wished we would have made it into the room with the couches and fireplace– next time!

Smokie Joe’s BBQ food truck was set up outside and we grabbed a sampler. 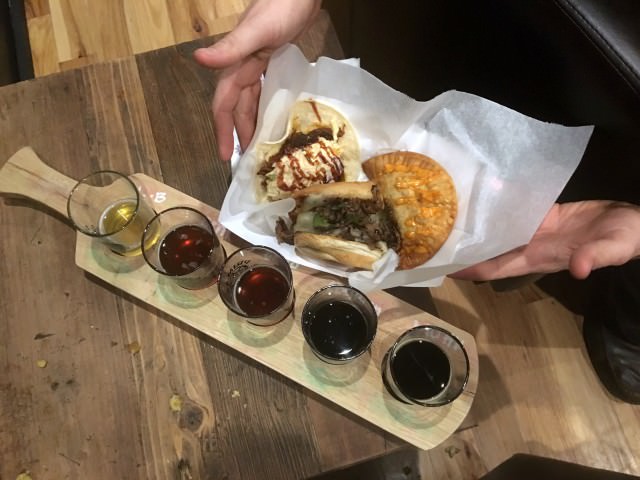 Both the buffalo chicken empanada and the pulled pork taco were really good, but the brisket sandwich stole the show! Mmm.

We were feeling adventurous at this point and decided to try out one more before heading home. I confused my restaurant names though so we unintentionally ended up at Cork and Cast in Cornelius. The drink selection was good, but the food was not. Given we only tried the chips and dip, but they were disappointing enough that we didn’t eat more than a couple bites and decided not to risk ordering anything else. 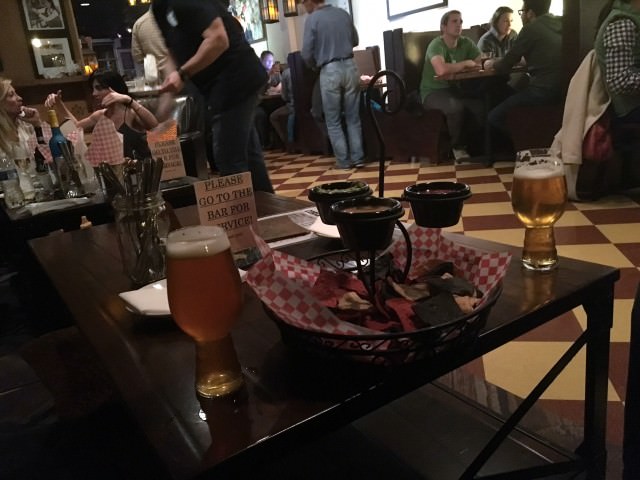 By this time it was really getting late… almost 9:00 maybe? #weareold

Still needing a little something more to eat, we ordered a Marco’s Pizza, then had a “pick the best jam” contest using David’s Spotify list. I’m pretty sure I won with my Uptown Girl selection, but David tried to clinch the win with Don’t Stop Believing. 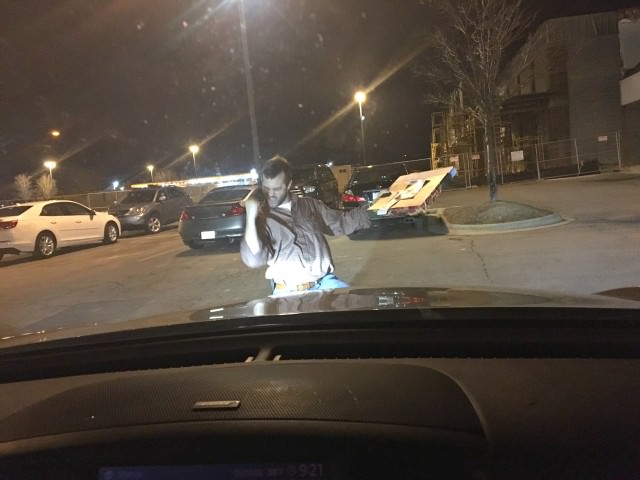 Total cheat. You can’t use an overplayed classic no matter how incredible it is.

I maintain my victory.

True to form, we were in bed by 10:00, pretty much making it the perfect date day/night. 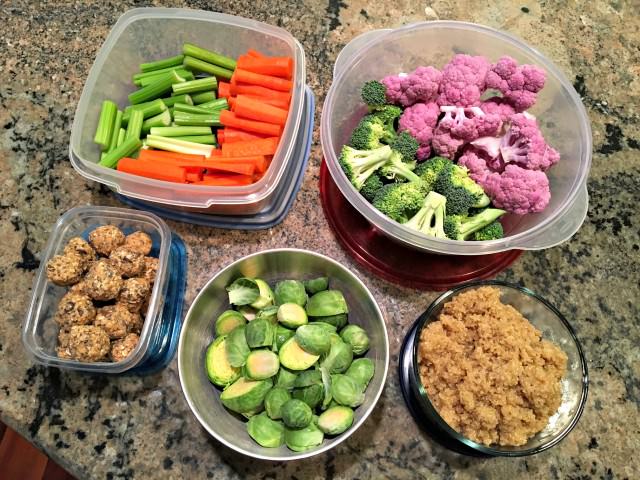 which included a fresh batch of these that Kaitlyn tried to devour, but this is a little longer than I anticipated so I’ll save it for another day.

And congrats to Tara M for winning the 80Fresh giveaway!

Anyone else have a date night this weekend?

What are your favorite places to hit up on a date night?