Yesterday’s doctor appointment went well- but way too fast.  We were in and out in about 10 minutes. 🙁 But, oh well.  We heard Baby D’s heart beating strong at 148, and I learned I’m measuring a week ahead of schedule.  Maybe that means we’ll have a late August baby instead of early September?! A girl can dream… 🙂

Now to the eats… 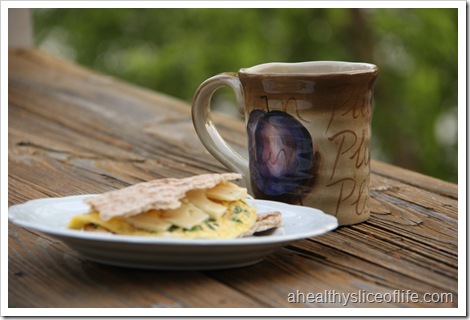 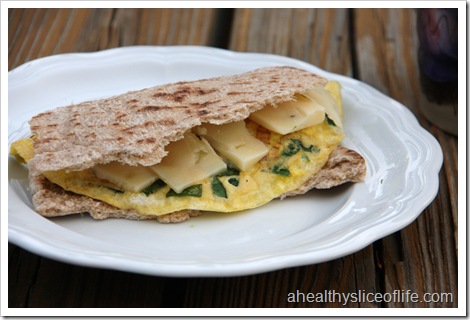 Half a whole wheat pita filled with 1 egg, 1 egg white, spinach, onions and pepper jack cheese. Alongside a cup of foamy decaf with 1 Tbsp Breve Cream.

I was running behind in the morning and forgot about a snack (SO not like me), so lunch came next. 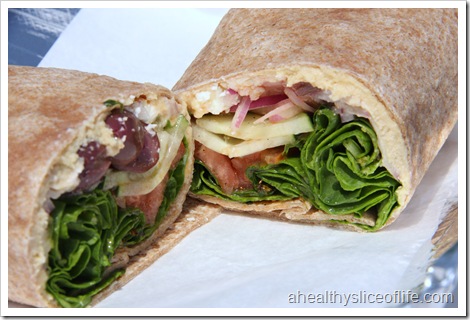 My favorite wrap from Laurel Market (I love when I am in Charlotte for the day!).  Whole wheat wrap, spinach, tomatoes, onions, cucumbers, kalamata olives, feta and a drizzle of a tomato vinaigrette.  Never disappoints. 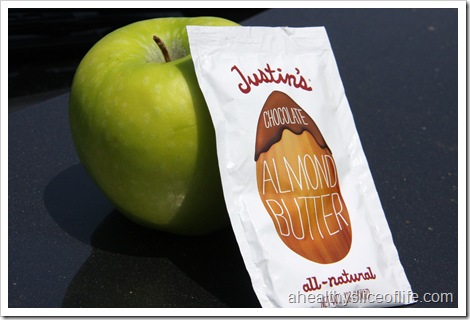 Holy YUM!  The Justin’s Chocolate Almond was a new food I picked up to try at Whole Foods.  I had full intentions of eating only half my packet with the apple, but those good intentions flew out the window when I tasted the creamy deliciousness that can best be described as dessert! 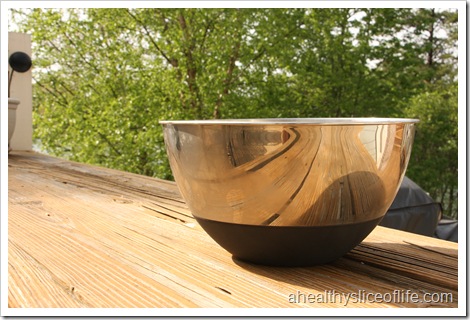 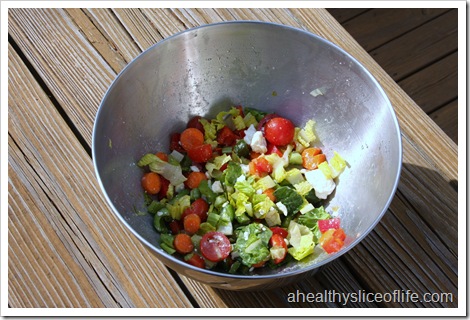 A big ‘ol mix of romaine, spinach, diced rep pepper, carrots, cherry tomatoes, celery and feta.  Tossed with only 1 Tbsp of Newman’s Own Balsamic (I was  getting low). 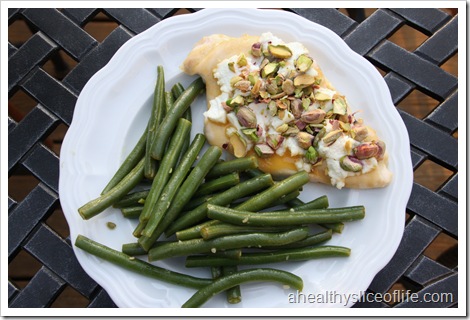 I made this chicken, and it was SO good again.  I was smart and used full breasts rather than tenders, which helped the toppings stay on more easily.  This flavor combo is amazing.  I made the beans a little differently- boiled, then sauteed with a little bit of butter, minced garlic, fresh lemon and pepper.

Then it was such a beautiful evening that we sat on the back deck and Hubbs gave me a mini camera lesson.  Now I know how to not overexpose, like this: 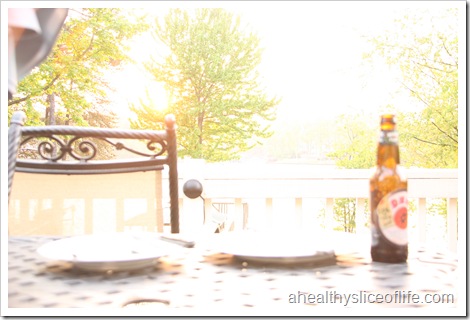 but instead, how to control my aperture and (shoot I forgot the other word!) to get shots like this: 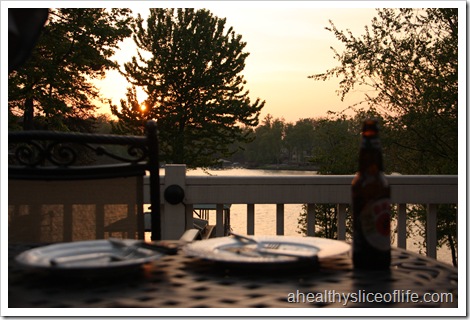 Quite the difference, no? 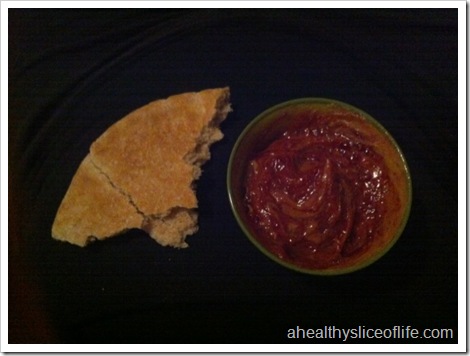 A measly 1/4 of a whole wheat pita, dipped in 1 Tbsp Natural Peanut Butter and 1 Tbsp Red Raspberry Jam… mixed together, of course!

Plus my (unpictured) Juice Plus gummies and a prenatal vitamin.

Sodium isn’t as low as I like, but it isn’t too bad.  Other than that, I think it looks pretty good 🙂

How did you learn to use your camera? Trial and error? Did you take a course?