My mom mind has been a jumbled mess lately. While I know I thrive on organization, I’ve felt really frazzled this week trying to juggle all the balls I have in the air without dropping any. I could go on about Kaitlyn’s 2nd birthday party this weekend (what? how?!) or the TV interview I have tomorrow or some administrative stuff I’m behind on and then there’s the fact that the kids want to eat dinner every single night… I mean, c’mon! (wink)

Yes, I could go on but I’m sure it’s no different than all the different hats you are trying to wear right now as well, so let’s just tap our glasses together (mine’s filled with ACV and lemon because, allergies) in solidarity. 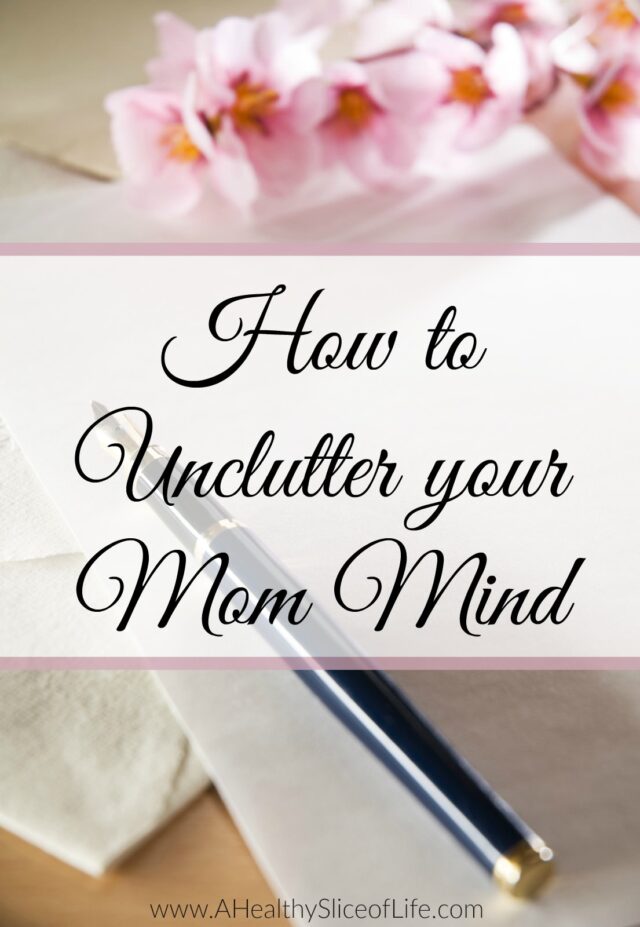 Earlier this week during one of my frantic moments, I realized I had to take a chill pill and organize my mind. Over time I’ve learned a system that works for me and though you would think I would implement these tactics prior to being ready to pull the rip cord, you’d be wrong. I’m working on it though, as these are the surefire steps to me regaining my sanity. I wanted to share them with you today in case you, like me, have been guilty of lack of focus and have found yourself responding to a text while checking email and talking to your kid while burning yourself on the stove. Just me? In case you haven’t realized it yet, multitasking really isn’t all it’s cracked up to be.

Step One: Create space. However works for you, do it. My personal favorite is waking up early, but if your brain somehow works past the hour of 7:00 pm (mine doesn’t), then maybe try staying up later. You could also get a sitter, swap child care duties with a friend or enlist the help of family. Whatever works for your situation, find some quiet, kid-free space for at least an hour.

Step Two: Turn off distractions. No TV, the computer or even phone. Leave it in another room entirely if you need to and at the very least, turn off all your notifications. Nothing keeps a mind over-stimulated quite like the ever-constant buzz of text messages, social media and emails.

Step Three: Go old school and pull out a pad of paper and a pen. Or pencil. I know, I know, some people do it all on the computer, but really try to stick with pen and paper on this one. It will be too tempting to just give your inbox a quick scan otherwise. Plus, there is something therapeutic about the simplicity of pen and paper

Step Four: Start writing. Open your mind and pour it onto the paper. It doesn’t matter where you start. It could be “buy tomatoes” or “clean out inbox” or “clean floors” or “invoice so-n-so” — just start writing it down. Don’t worry about order, organization or format- just write. Sometimes I find myself even including motivational mantras (for example, quality over quantity was scribbled on my last brainstorm sesh) that I’ve had floating around in my head or small focuses/goals I’ve been meaning to spend more time pontificating on.  Whatever comes into your mind, write. it. down.

Step Five: Organize it. Only when you truly feel you’ve written down every last thing in your brain from the urgent to the mundane (buy more toilet paper), you can start to group things together and straighten up your lists. I honestly prefer an organized rewrite, but I’m also the gal that rewrites a grocery list to divide it into categorized sections so, you do you.

Step Six: Prioritize it. Are you completely out of toilet paper? Maybe that goes to the top then, but if not, group it in with the other Target purchases to get in a day or two. Once you have all the moving parts down on paper, it becomes much easier to mentally highlight the most important.

Step Seven: Breathe, pick a starting point and time, and implement. Once my mind is free from the clutter, I’m able to start eating the hypothetical elephant. If the kids are waking up or it’s time to pick them up, it’s not a problem. I have mentally taken stock and have my plan of action ready to go. When the next window of time arises, I’m no longer clutter minded and paralyzed by disorganization. I am ready to take action with a clear mind and action plan.

So there it is. Those are the steps that work for me, written (typed?) out in cyberspace for me to refer to the next time I’m staring at the wall blankly, paralyzed by my inaction and foggy brain. I’m all about stopping the glorification of busy. We are all busy. I want to continue working towards efficiency and enjoyment of the process and the satisfaction I get from checking things off an organized and prioritized list.

How do you handle the clutter in your mind?