Hailey (16 months) eats and enjoys her vegetables. Usually. She is starting to display her preferences by eating a food one day, not eating the next, then eating it again on the third. Goes to show that continuing to offer food over and over is a good habit. But it never hurts to sneak in a few extra vegetables, right?

Like cauliflower! It’s not the easiest one to make delicious, is it?

That’s what I thought until I discovered you could turn it into pizza! 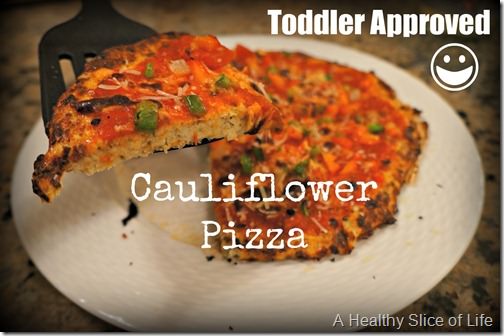 And what kid doesn’t love pizza?

I used a Brittany’s crust recipe from Eating Bird Food.

Start by preheating the oven to 400 degrees

Don’t be intimidated by the word riced. Wash and trim the cauliflower, then cut off half of the florets. Place them in a food processor. 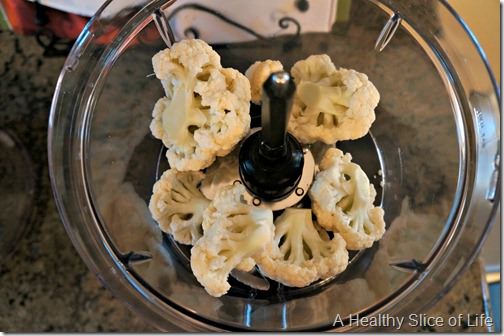 Use the pulse feature until the cauliflower takes the form of rice- small, textured pieces. 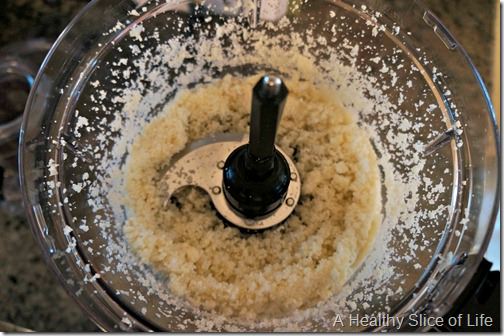 Transfer the cauliflower “rice” to a nonstick pan. Sauté over medium heat for 6-8 minutes. The recipe says to sauté until translucent. I never noticed mine becoming translucent, so just 6-8 minutes is fine.

Meanwhile, mix together the mozzarella, garlic, egg, oregano and basil in a large bowl. 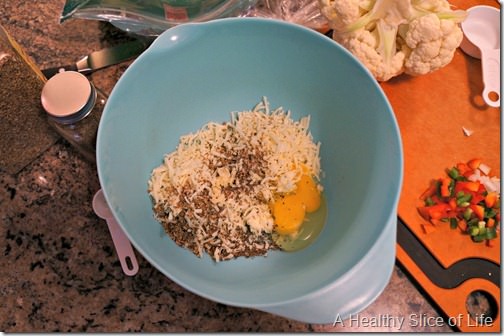 Once the cauliflower is cooked, add it to the bowl and stir to combine well. 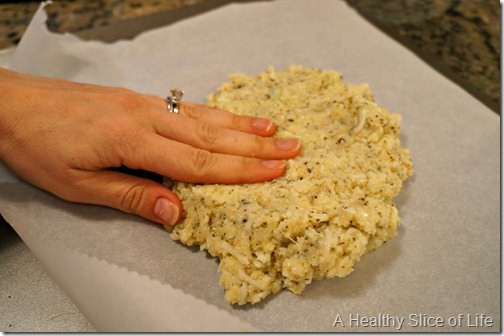 Press and flatten the “dough” into a 9 inch diameter. It should be about 1/2 inch thick. Bake for 25-30 minutes, until the edges are golden brown. 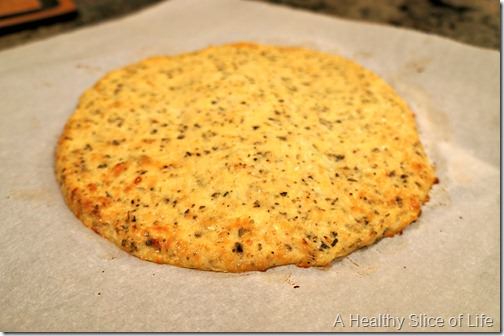 Then the fun part- top it! I sautéed some peppers and onions because it’s all I had on hand, but just like any pizza, get creative! You could add pesto and fresh mozzarella or bbq sauce and cooked chicken.

Don’t add too many heavy toppings, though, or the crust won’t hold up well. 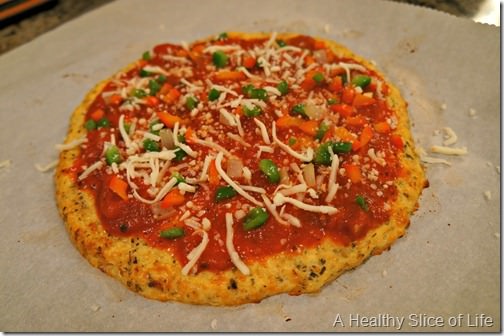 Broil until the cheese is melted and the pizza looks done. The recipe calls for you to broil for 5 minutes, but you may want to keep an eye on your pizza instead of just going by the 5 minute directions or you’re parchment paper may not make it. 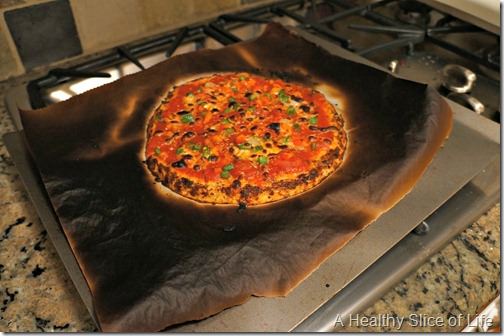 Let the pizza cool for only a minute or two, then slice and serve warm. 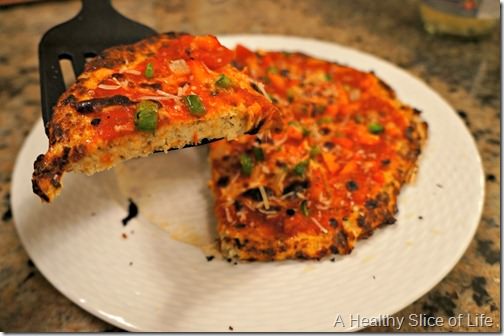 The crust isn’t as hardy as regular pizza crust, so small slices or use of a fork is handy.

The taste? You won’t mistake it for real pizza crust, but as a healthy, low carb alternative, it’s quite good! (PS- I am NOT suggesting a toddler need to go low carb. It’s also a good way to sneak in more veggies!) It doesn’t taste overly cauliflowery (I know, my linguistic skills amaze you

), but the texture is just softer than usual crust.

David didn’t know what had gone into it (though my dancing eyes told him I was up to something). He said it tasted more like a pasta dish than pizza and asked if it was an Amy’s pizza. He continued to eat over half of it even after he knew about the crust contents. I take that as a compliment!

But the real taste tester… 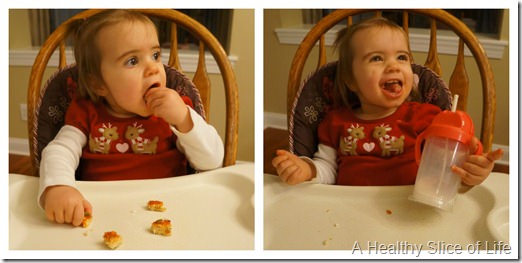 Next time I’ll add a few more veggie toppings and more cheese, but there will definitely be a next time.

What is your favorite way to “sneak” in extra vegetables?