This weekend was a good one. It started Friday with a nap. Not for the girls, but for me. After two babies, I’ve nailed the 45 minute nap, which is good because much longer than that and I feel like a zombie. But a quick 45 minutes left me feeling refreshed and ready for a girls night out. 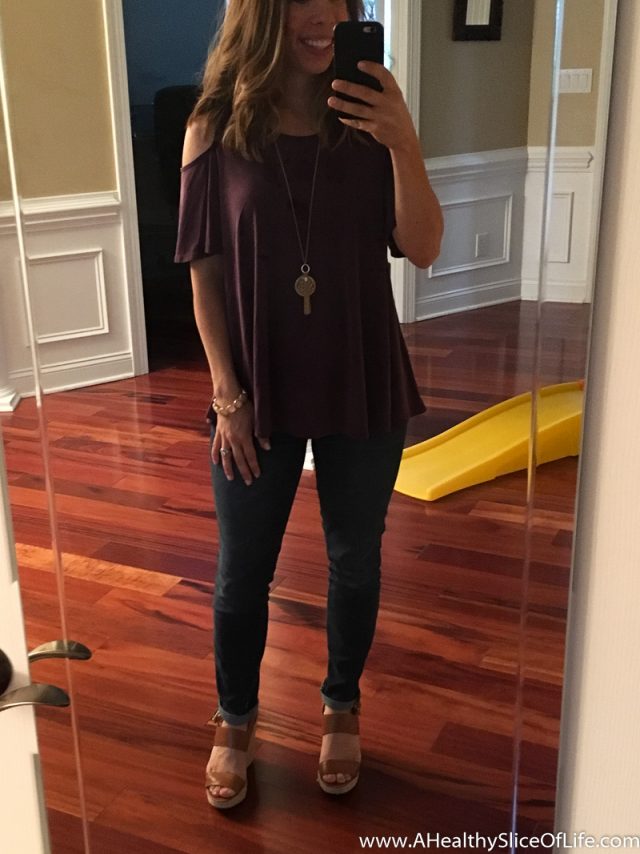 I met up with some girlfriends at The Wine Maestro for some Conundrum and conversation. I don’t know why I always wait so long between girls’ nights, as the whole evening felt therapeutic. Lots of laughs! 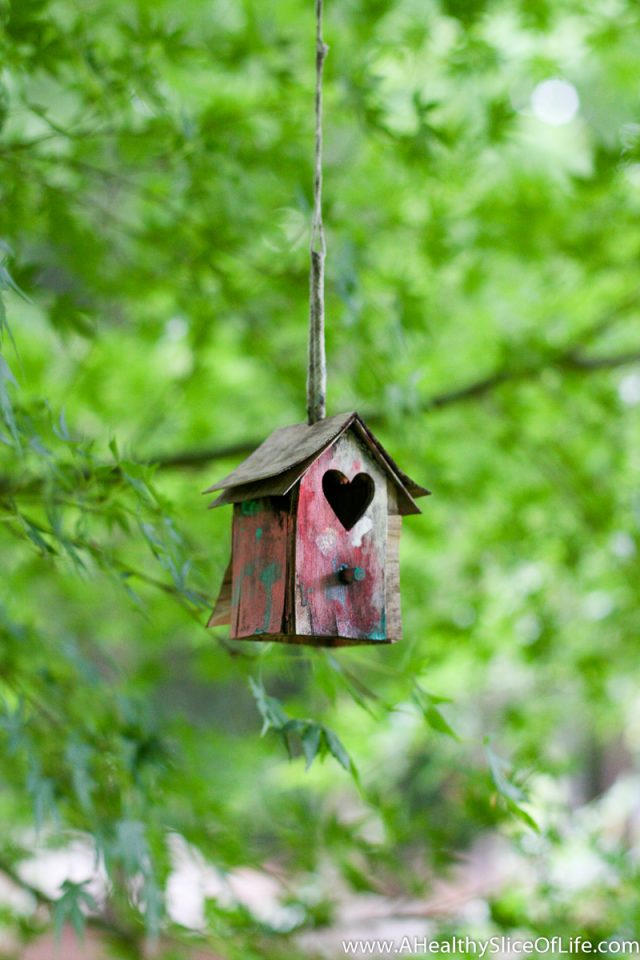 Saturday was unseasonably cool, but it worked out perfectly for a day in the yard. I mentioned we are months behind on yard maintenance and Saturday we did out best to put a dent in it. I weeded flower beds for hours, David handled the grass and edging while burning up big piles of random yard brush. 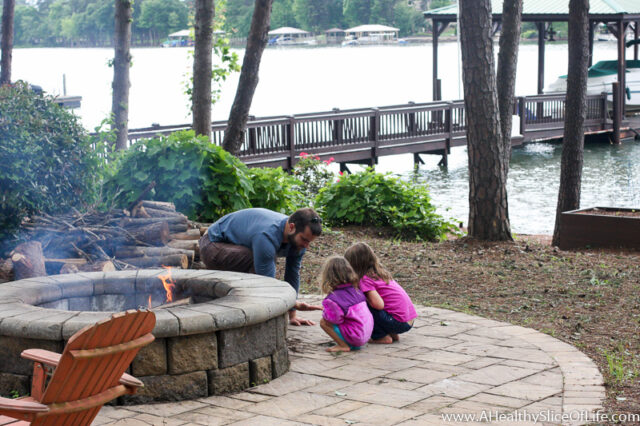 The girls wore themselves out with exploring, as spring has transformed our yard into “Honeysuckle Land” (their creativity astounds me) full of worm, bugs, and other critters. 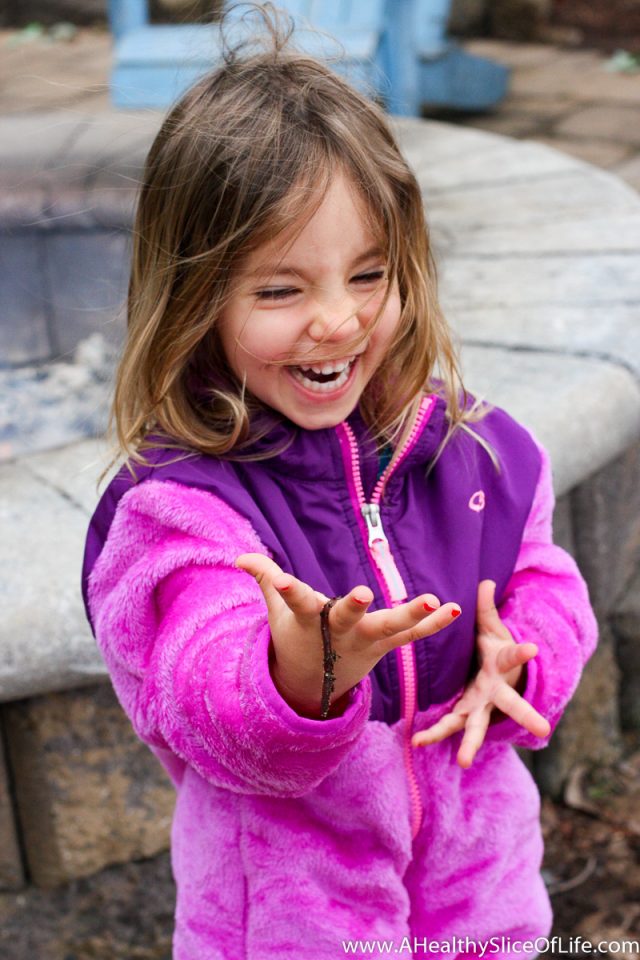 I love these days when we can all hang outside together, though some of us are more productive than others. 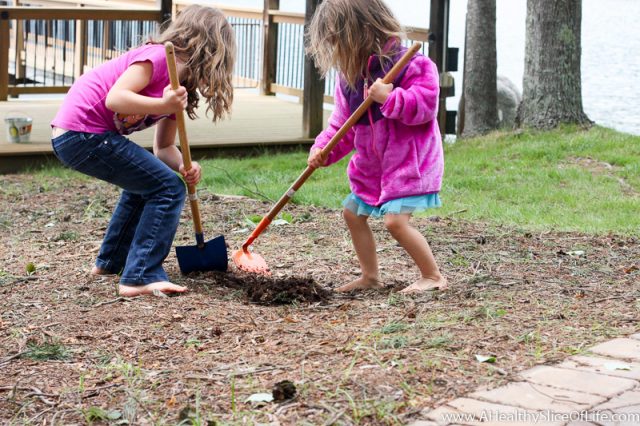 At least our garden picked up a few new worm residents. We have high hopes that they will help our cherry tomatoes, peppers, and cucumbers flourish. 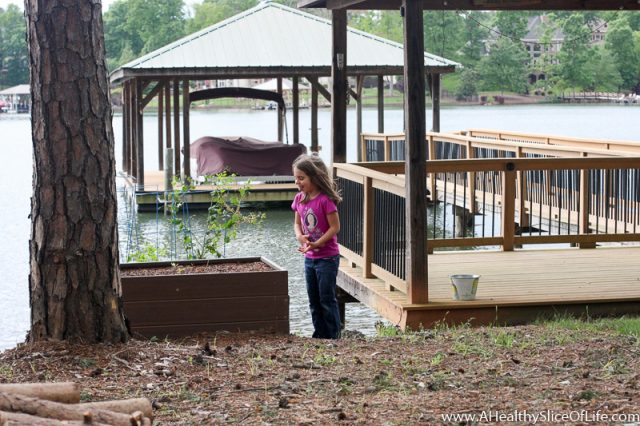 We came in that evening, chilly and covered with dirt; a sign of a good day. 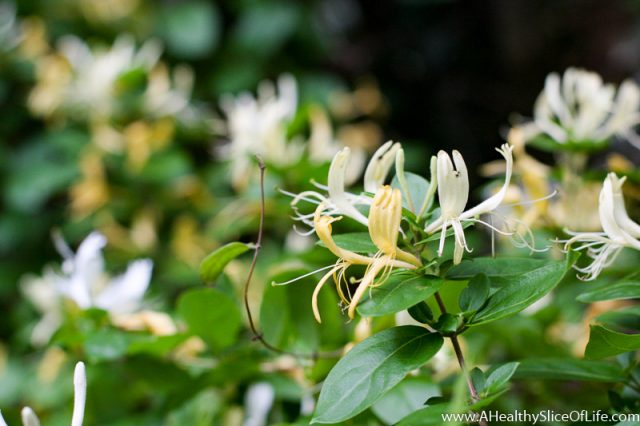 We ate paleo chili (should I remake it and take more picture? Want the recipe?) with Fritos and sour cream (thus defeating the whole paleo feature). 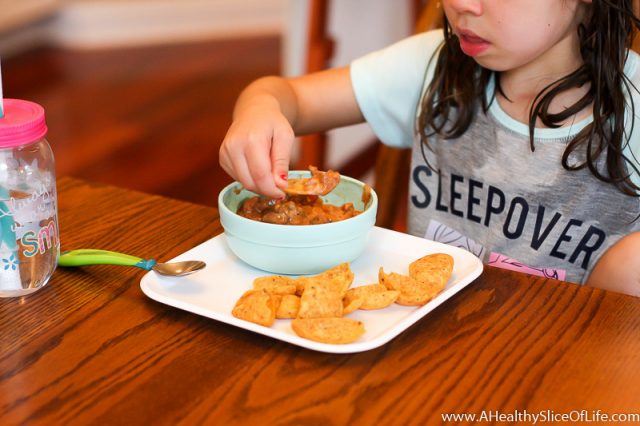 That evening the girls were out cold by 7 pm, and after a cup of tea and a North Korea documentary, David and I followed suit. 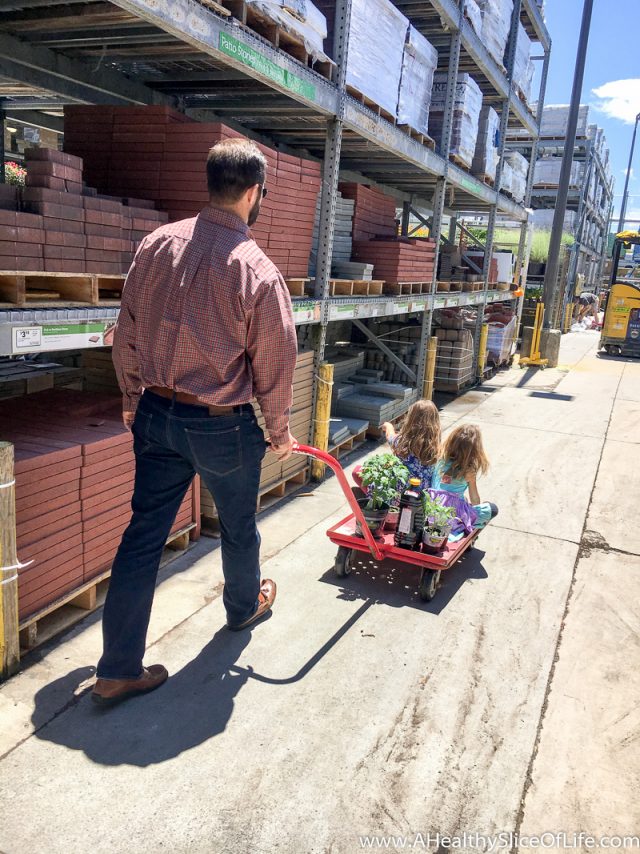 Sunday brought a good message at church followed by a trip to Lowe’s for more lawn goodies and to pick out carpet for our playroom transformation. A cup of coffee afterwards energized me for another afternoon full of productivity in the yard. 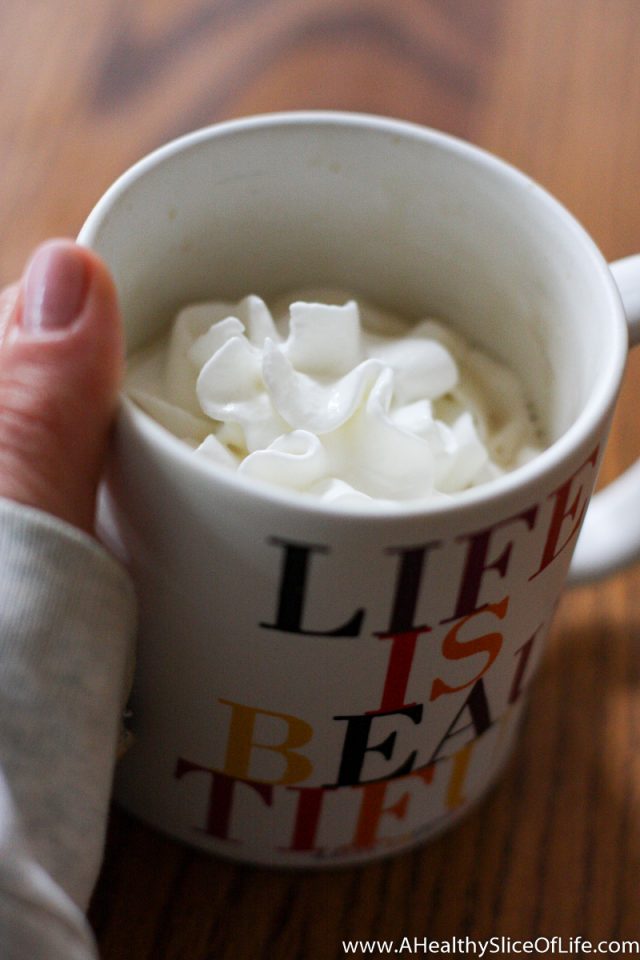 We finished some projects, cleaned out the car, and spent an hour or so discussing playroom changes to come. Then we made maragaritas because, why not. 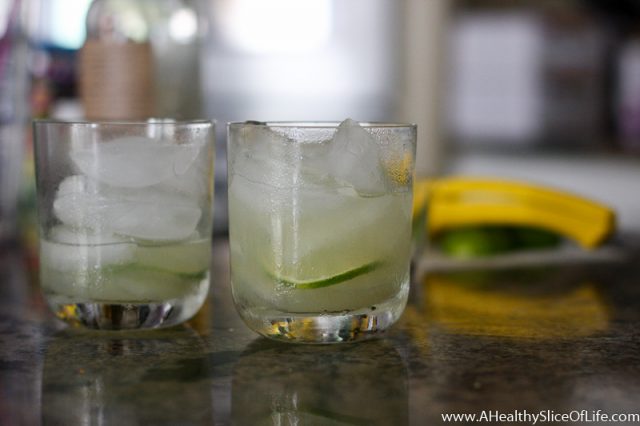 My favorite combination is simple: a shot of tequila, a shot of Cointreau, and a shot of lime juice. No mix needed! 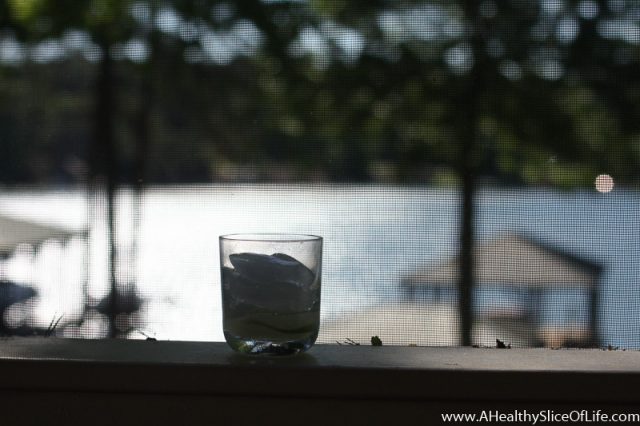 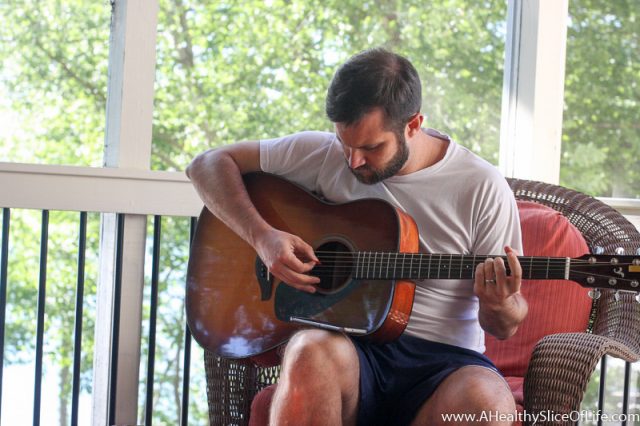 We ended the evening chilling on the back porch, watching the girls play, when SPLASH. Hailey unintentionally became the first one in the lake for the season. 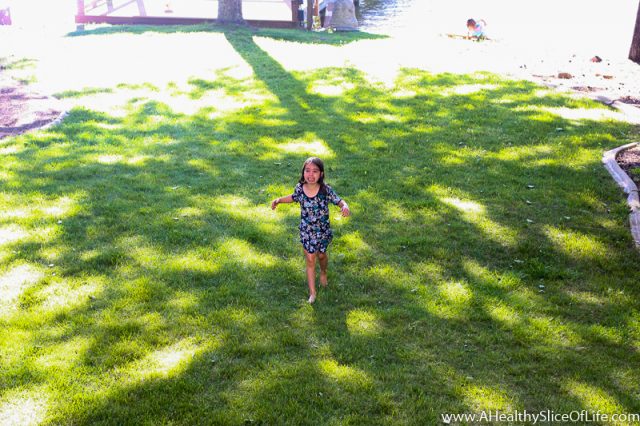 I feel a little bad sharing this picture (and even snapping it for that matter), as she was freaked out, but after a hot shower, she thought the whole thing was hilarious.

Edited to add: We have really strict lake rules and always watch the girls when they are out back. Safety was not a concern here; it was just a slip off the stairs as she was reaching for a fish.

All in all, a nice little weekend.

How often to you go out for a girls’ night?

Yard maintenance: who handles most of those tasks?