In case you missed it: Second Pregnancy: The Beginning- Week 6

I went into the doctor on September 10th, excited and nervous to get a confirmation. I thought I’d be close to 6 weeks and was hoping, and secretly fully intending, to see a heartbeat.

When the ultrasound pulled up I saw the baby, but knew there wasn’t a heartbeat. The doctor was quiet as she searched around, so I asked. Confirmed, no heartbeat and baby was measuring 5 weeks. I knew I had to be further along than that. My heart sank.

I was sent to the lab. They’d measure my HCG levels that day and again 2 days later. I got my car and cried.

I stayed busy until I heard my initial HCG level- 28,000. Pretty high for 5 weeks, so that was promising, but the real indicator was the next blood draw and if the number went up and doubled. I tried not to consult Dr. Google.

During this time, I stayed hopeful because I really kept feeling so many symptoms. The mornings I felt nauseous, then it would fade by the evening.I was hungry, but not much sounded good. When I ate, I wanted food to be cold and crisp, like apples and crunchy salad.

Two days later I got my blood results, 37,000. It didn’t double like they liked to see, but it went up a lot and my doctor was comfortable with those numbers.

With cautious optimism, I told my parents when they came in town for Hailey’s birthday. They, of course, were excited, despite my caution that things weren’t exactly confirmed yet. 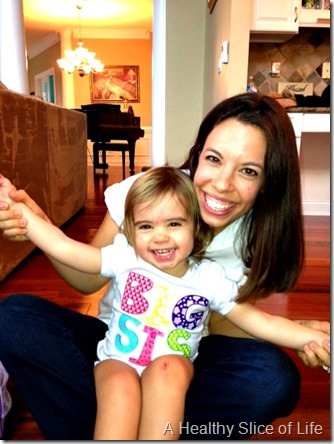 The week continued and I stayed hopeful and feeling pregnant.

I went back to the doctor a week later, September 17 for another ultrasound. I held my breath.

Right away, I saw the flicker. A heartbeat! Baby was measuring 6 weeks 4 days and had a heartbeat of 124. It was the sweetest sound! I left skipping, grateful and excited for what to come.

We told David’s parents when they came to visit the following weekend. It was fun to share the news and hear everyone’s excitement!

When I was 7 weeks pregnant, we went to NYC for my 30th birthday. The trip was amazing, though I definitely snuck a nap in on Saturday afternoon and was unable to get excited about food the same way that I would have if I hadn’t been in early pregnancy. I chowed down on Tums and thoroughly enjoyed the real NYC bagels! 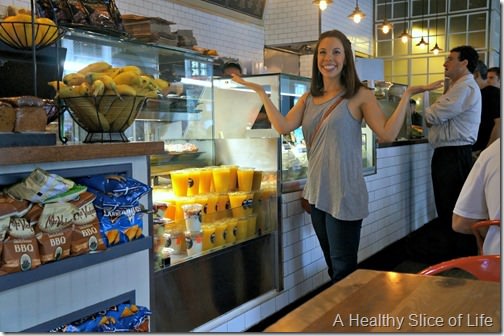 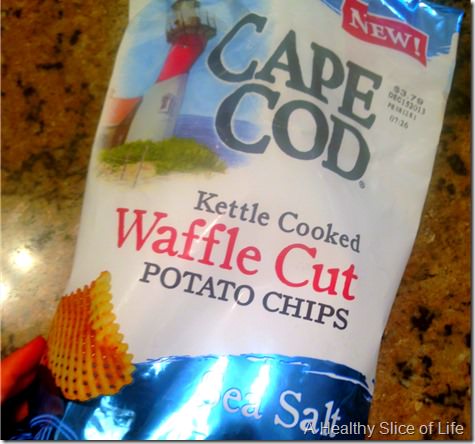 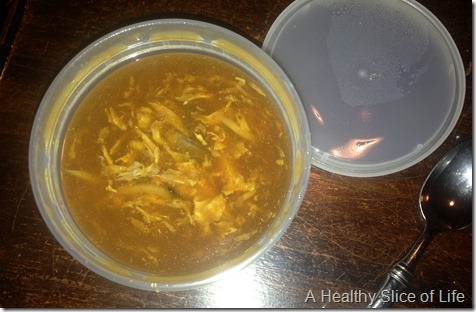 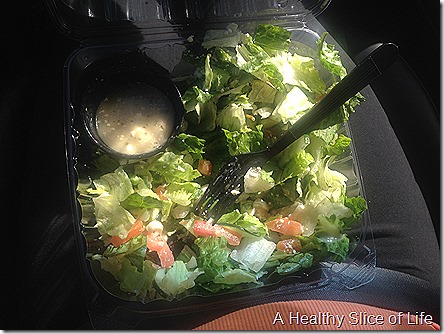 Aversions: They changed as quickly as as cravings came! One day I’d need hot and sour soup, the next day it made me want to gag. Anything heavy didn’t sound good. Pastas, pizza, stews… ick.

Exercise: 4 times a week. Mixture of slow running, upper and lower body circuits and walking. Though tough to get going, it usually made me feel better.

Emotions: Apathy. I no longer had a drive to cook, answer emails or take care of the house. I felt incredibly lazy, which made me feel guilty. It was hard to feel so sick when I hadn’t told many people that I was pregnant. Those that did know didn’t often ask how I was feeling (probably extra hormones making me crazy). I felt alone at times. I cried more easily, but often they were happy, excited tears. Other emotions were strong, too, like disgust. I’d catch Koda licking herself and get so angry… and nauseous.

Funny moments: I was really craving Dean’s French Onion Dip. I picked some up and rushed home to dig in. Upon opening it, I realized I had grabbed the low fat version. Tears flowed.

While grocery shopping, I saw these little cups of microwavable fried rice. It sounded amazing and I bought them on a whim. When I went to unload them from the bag at home, I almost threw up. They looked disgusting. I gagged every time from there on out that I walked in my pantry and saw them. Eventually I had to throw them away.

Physical Changes: At 9 weeks I was up 1.5 lbs. I’m tracking for comparison sake. By the end of the day,my belly felt rounder. I needed to increase my bra size. My cyst under my left arm disappeared. At 9 weeks I had already pulled out my maternity jeans a couple times. I could still fit into regular jeans, but by the end of the day, the stretchy waist band just felt better on my rounded, bloated belly so I figured why fight it? 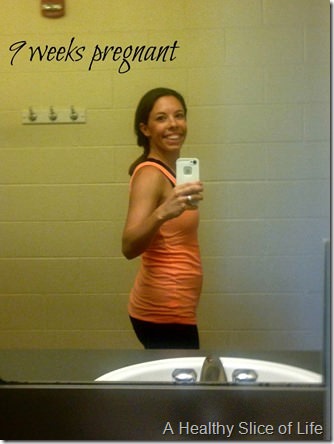 Please ask any questions you have! I’m going to play catch-up as quickly as possible so I can start writing in live time about this crazy journey

If you’ve been pregnant more than once, how did you second pregnancy differ from your first? Or was it similar?