Sunday when we got home from Atlanta I wanted nothing more than to face plant into the couch. However in the back of my mind I knew I needed to stock up on food for the week, so with the mental support of knowing my grocery list was already made, I took off for Whole Foods. 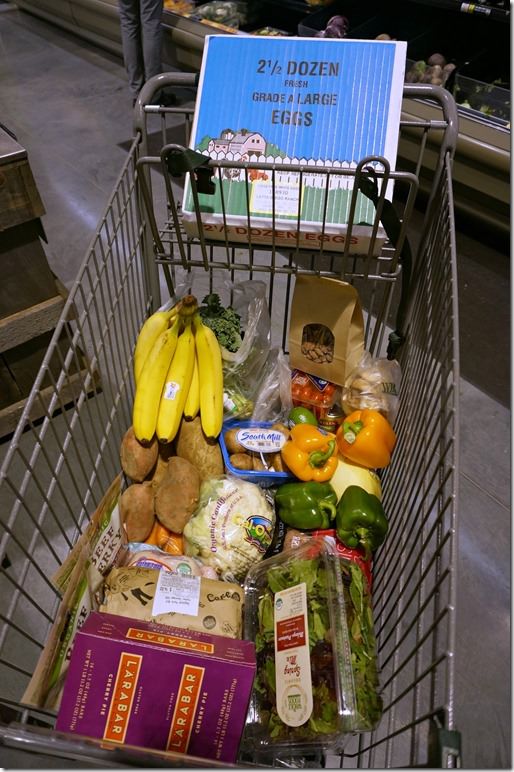 It was quite the mental hurdle for me to get past some of my regular grocery buying habits. I tend to skimp on meat knowing I can fill out the meal with more grains or bread. Worried that David would need more snacks, I bought an entire box of Larabars and two packages of organic beef jerky. I could mentally hear the cash register cha-chinging higher and higher.

I bought everything on the list, minus green onions and cilantro because Whole Foods was out. I added some Traditional Medicinal’s Throat Coat tea because we really like that stuff. Then, I checked out.

When I first heard the total, my heart skipped a beat because I know I’m capable of a lower grocery bill. I reminded myself that including grains helps keep the bill lower because eating largely organic vegetables, fruits, meats and healthy fats has a tendency to add up rather quickly.

I snagged Indian takeout on the way back home, then prepped a few items that I knew would make Monday much easier. 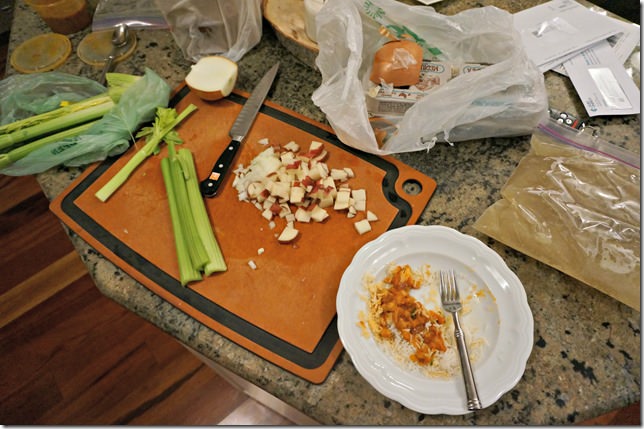 I tossed together a simple soup using extra potatoes (the bag of organic red potatoes was cheaper than buying them loose, so I had extra), some celery, diced tomatoes, frozen collards, frozen homemade vegetable broth, onion and anything else I had laying around.

Then, eggs of course. 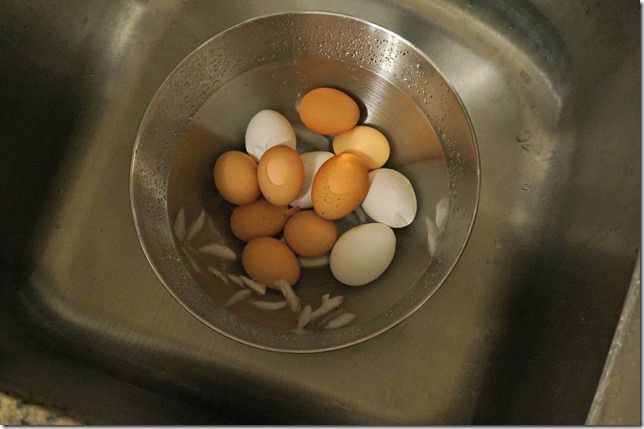 I knew these would be important to have on hand for David’s breakfast and snacks. I boiled, cooled and peeled them all so they were ready to go.

So how did day one go? 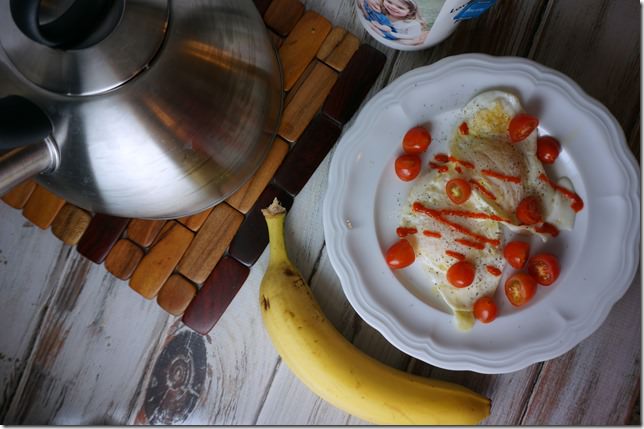 I was in a hurry at breakfast time and through this two fried eggs with tomato and a banana together pretty quickly. It felt skimpy to me and I told myself I’d grab a snack soon, but surprisingly it, along with a handful of mid-morning almonds, kept me full for a few hours. 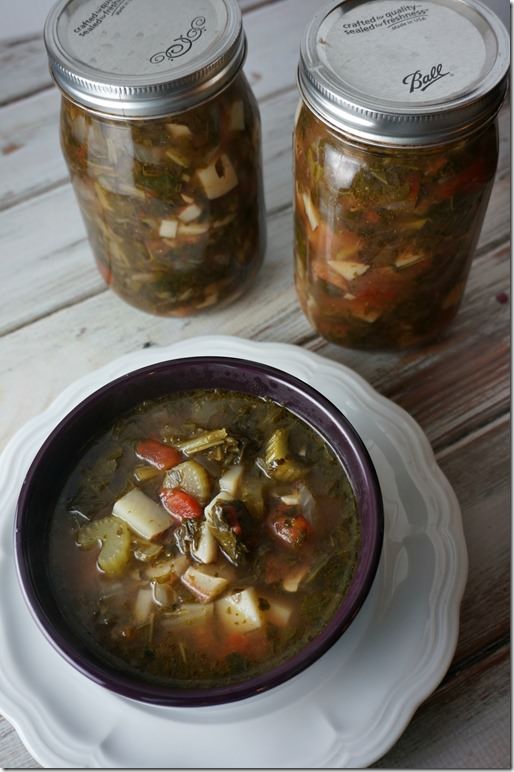 I ate a mason jar full of soup for lunch and found it be hearty and satisfying.

Throughout the afternoon I snacked on a few cut carrots, a boiled egg and another handful of almonds. Then there was dinner. 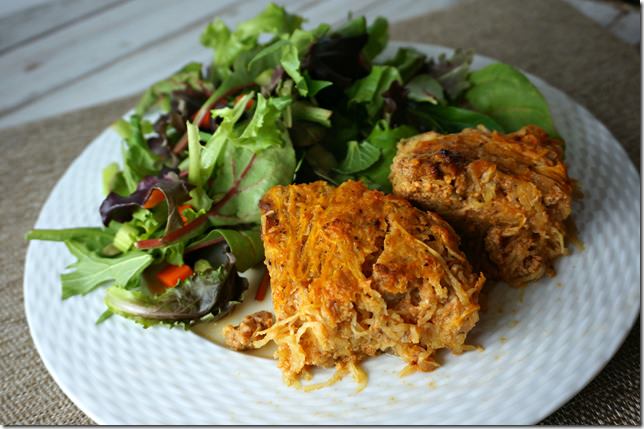 The spaghetti pie was good! Readers Emily and Shana gave me a heads up that it had a tendency to be a little watery, so I drained the spaghetti squash before making it. It still came out a little watery, but the flavor was good! David said it reminded him of lasagna. I would make this again, paleo or not, though I might double the recipe. The 8×8 square fed me, David and David’s mom, but I have a feeling we would have eaten more if it was there. Plus, I would have liked to have leftovers.

– I didn’t feel deprived though I did have to stop myself a couple times when I realized how often I probably eat bites of whatever I am making for the girls (leftover cheese, a cracker here, etc).

– David said he was hungry during the day, though I think it’s mostly mental because he ate more yesterday than he normally does throughout the day. We’ll see how that continues.

– My energy throughout the day was good!

– I didn’t miss wine. That’s probably a result of having plenty of it this past weekend though. Talk to me when Friday rolls around.

– I liked that I was eating so many vegetables. Veggies make me feel good!

I’d say, so far so good. Today is a rather busy day, so I’m interested to see how it goes. Ok, baby is up- gotta run!