On Saturday we celebrated Hailey turning seven years old. How was it that I was just writing her birth story (part one and part two) and now here I am having in depth conversations about black holes and why God made mosquitoes with an inquisitive, bright-eyed, kind-hearted little girl? It’s amazing and I’m grateful for every minute of it, even the over-tired ones.

When I shared Hailey’s birthday on Instagram, I got a message back from a friend saying happy birthday to Hailey and that seven was heaven- a wonderful year to parent a child, and I see it. Seven is old enough to be past the physically exhausting stage of parenting. At seven years old Hailey is largely self sufficient yet she is still young enough to think Mom and Dad hung the moon. I think we’re in for a fun and memory-making year ahead! 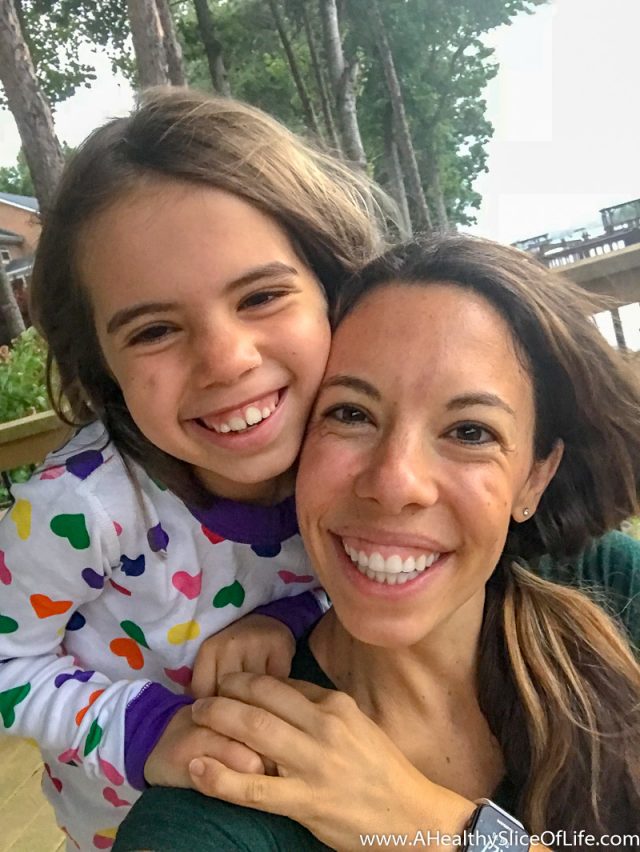 So let’s talk about the celebration! Hailey’s birthday was Saturday, which is precisely when Hurricane Florence was predicted to hit our area. Because of that, the bounce house company we were going to rent from cancelled our rental. We were trying to wean off parties anyway, and the party planned was going to be quite small, just a handful friends, so we decided just to cancel the party altogether and make it a fun-filled family weekend instead.

When we told Hailey about this on Wednesday, I held my breath. I told her at breakfast that we were going to have to cancel her party because of the hurricane but that we’d still be celebrating HER all weekend long. True to her character, she sat silently for a minute, looking thoughtful, then said to me: “that’s OK, mom, but do you think we could still have cake?” Of course, sweet girl, of course. We then proceeded to make a list of all the things that would make her birthday feel special and I wrote them all down: lemonade, cinnamon rolls, presents, playing a board game, movies, chocolate cake, pepperoni pizza, balloons, and pineapple. Oh, yes, seven is sweet.

If we throw parties we don’t give gifts, but since the party was cancelled, I took a solo trip to Target on Thursday and had a ball buying a few special gifts to surprise our girl with. We rarely buy gifts so for me, this was seriously SO much fun- I couldn’t wait to see her expression.

Friday afternoon, before the rains came, we kicked off the weekend with the birthday girl’s request- rock climbing and hibachi! 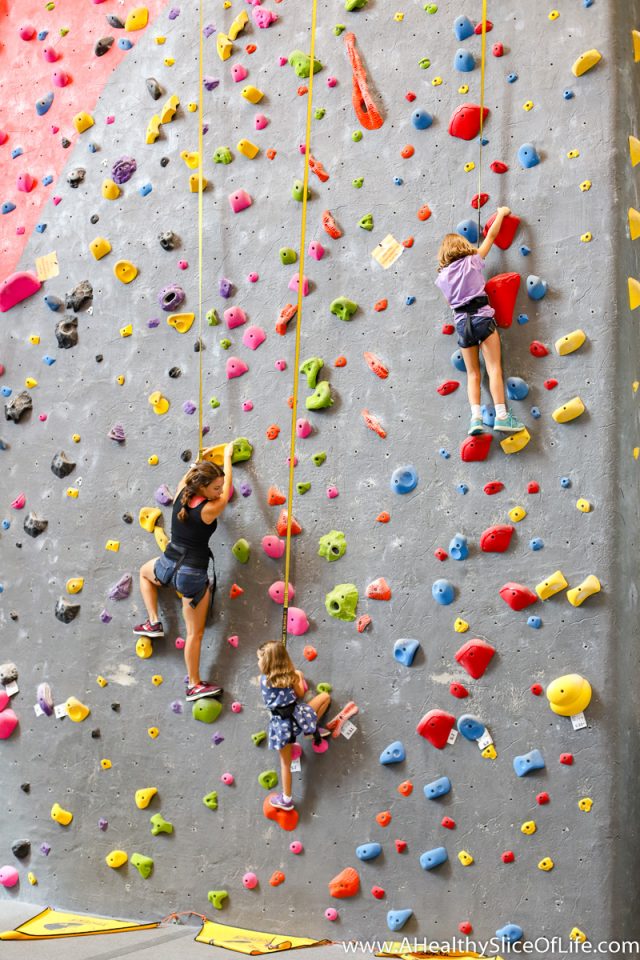 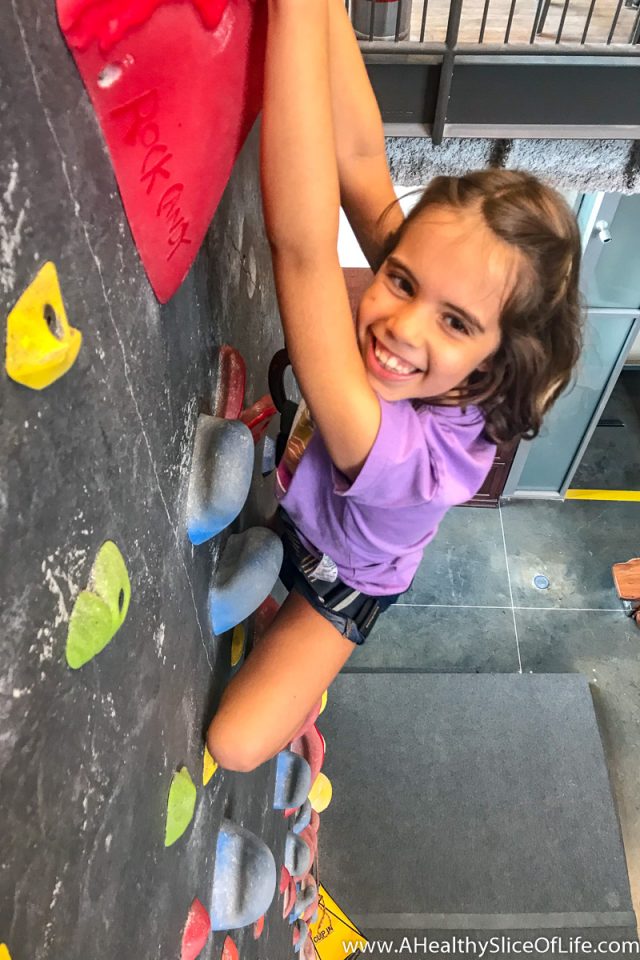 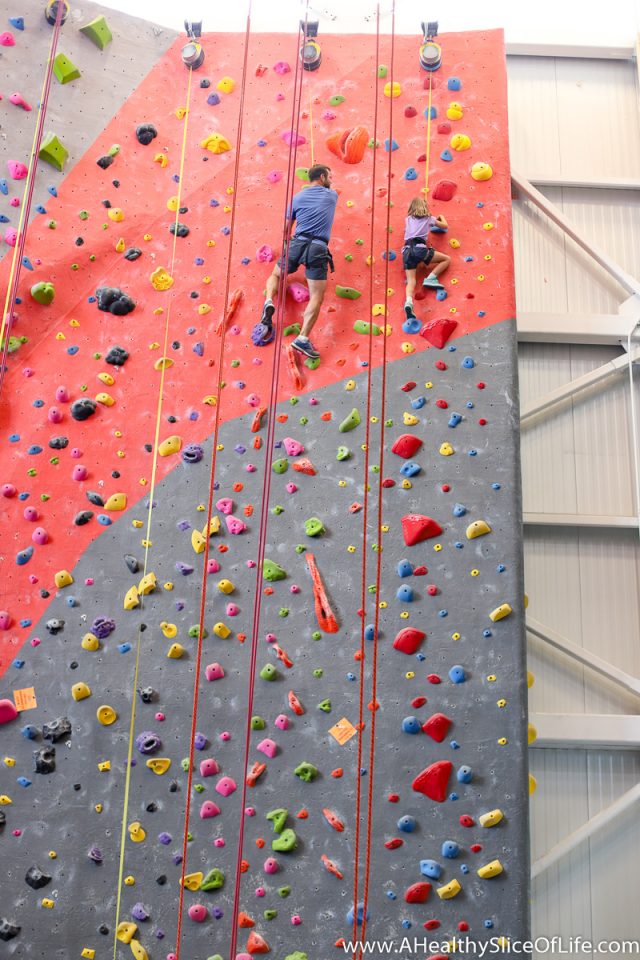 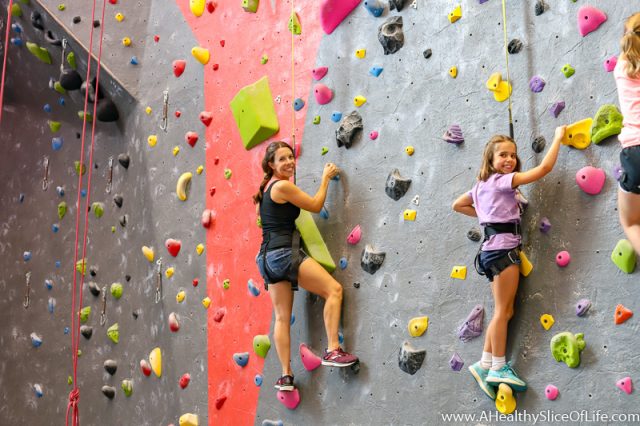 I had taken the girls once before to Cliff Hangers and clearly it left an impression. We all harnessed up and spent a solid two hours on the auto-belays and even a little time bouldering (without safety gear). It was such a blast! I’m amazed at how good Hailey is at it. She isn’t fearless, and definitely voiced her worries the first time she looked down, but she challenged herself and overcame it, which as a parent is more satisfying than fearlessness. It was such a fun family activity (and local friends- they offer discounts on Sundays as well as discounts for homeschoolers, FYI).

After 2+ hours of climbing, our arms were like cooked noodles so we switched gears and headed to hibachi. I remember growing up I’d get to choose the restaurant for my birthday, and so very often Happy China II (shout out to Kennesaw, GA) would take the prize. Years from now, I’ll remember that for Hailey, hibachi was her go-to choice. And I get it- the fire, the show, the shrimp, and the birthday drum- what’s not to love?! 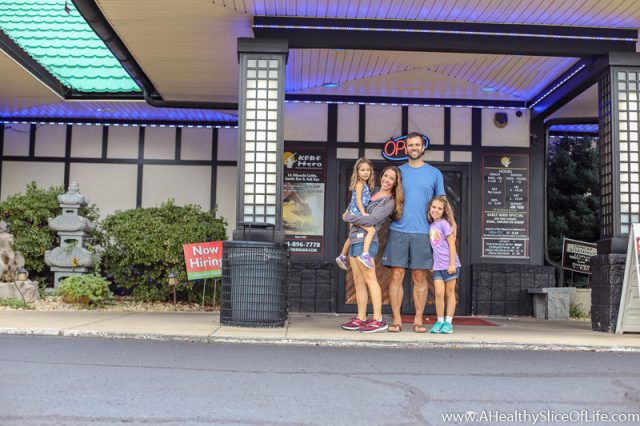 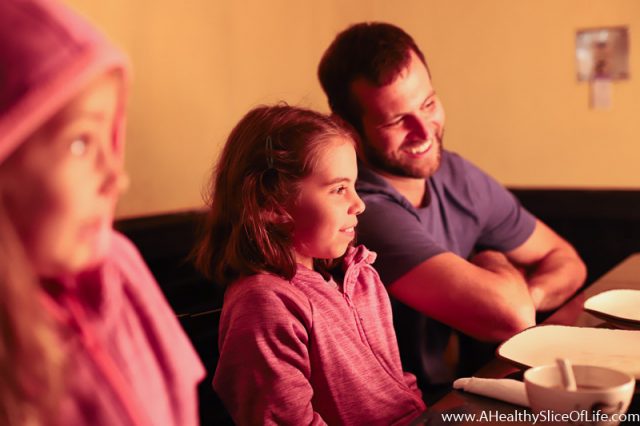 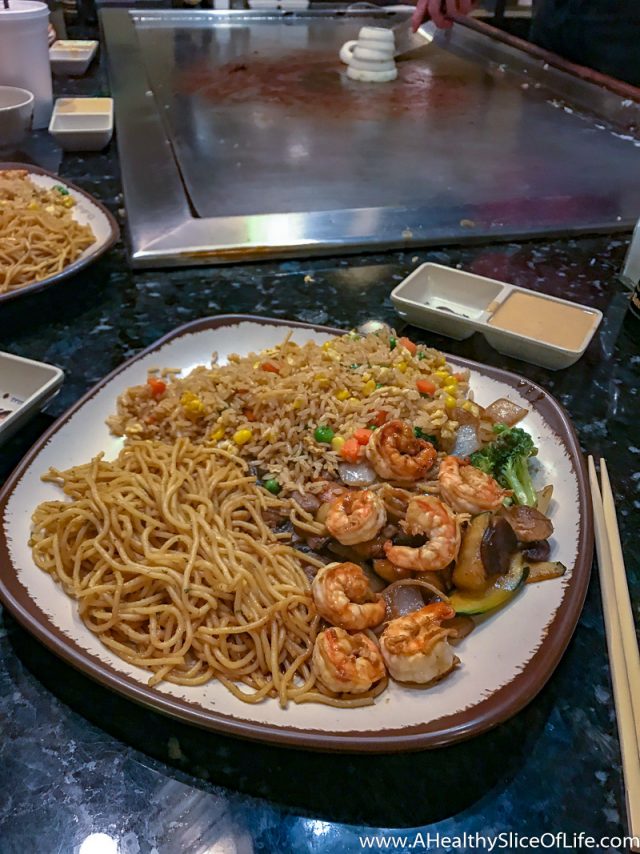 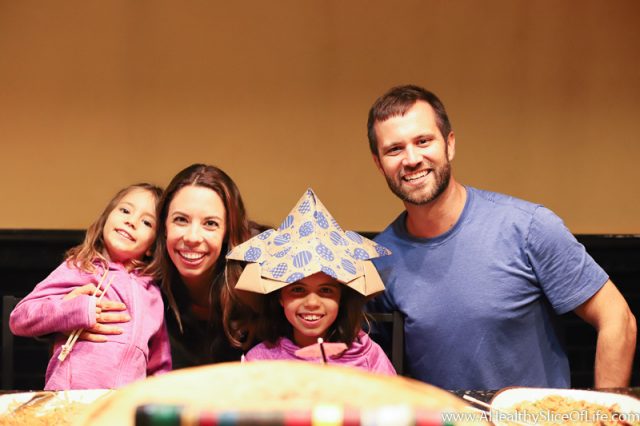 We arrived back home with two tired girls who crashed into bed quite quickly. This worked out well because it gave David and I time to pour a drink, pull out the helium tank, and get to work on turning the house into a celebration zone. He blew up balloons while I wrapped presents and we both agreed that we were more excited about a whole cozy day of family celebration in pajamas then any party.

Birthday morning was cloudy and cozy. When Hailey came downstairs around 8:00, her face lit up at the sight of the decorations and big presents waiting for on the table. It was time to start the party! 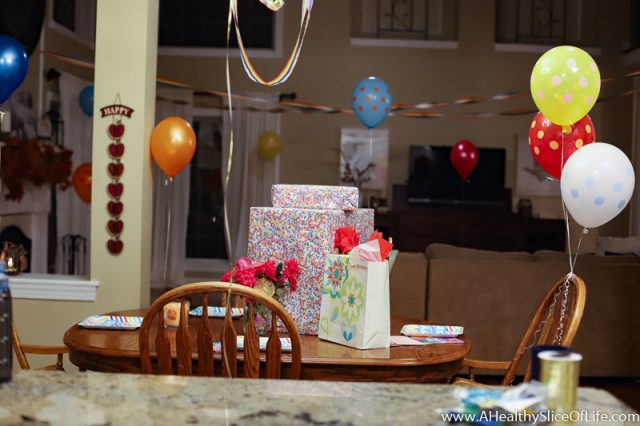 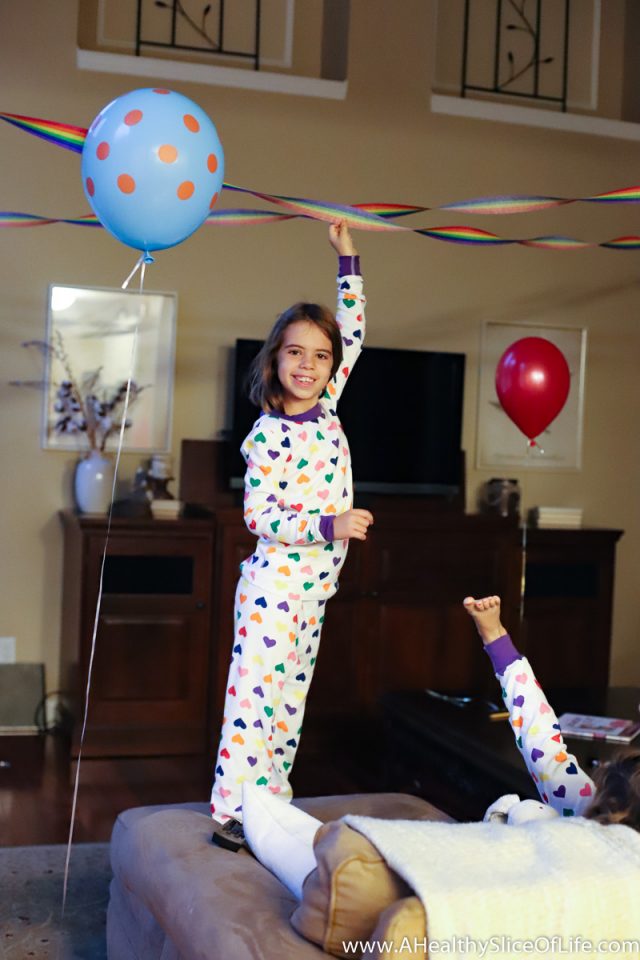 We stuck the cinnamon rolls in to bake, wandered outside to see the “before” of the hurricane, then came back in to eat breakfast. As we finished up, Hailey opened her presents from Mema and Grandpa, and her cousins, and her cards from her great-grandmothers. What a lucky and loved little girl! We then baked the cake (from a box because it took me 7 years of parenting to admit that I don’t actually love the pressure of baking from scratch and that boxed cake makes my girls just as happy as my sifting flour).

The fun really kicked up a notch, as David and I would sneak a hidden present onto the table when Hailey wasn’t looking. So to her, a present would just magically appear randomly throughout the day. I bought seven presents in all. Some were small, like sparkly nail polish, and others were things we could do together, like Mouse Trap (which the girls LOVED) and a new bracelet-making loom. 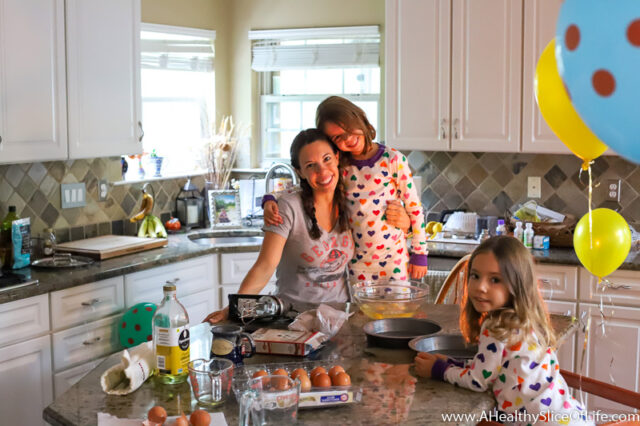 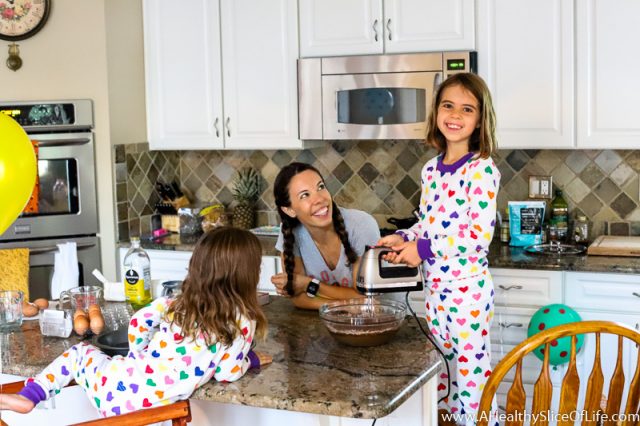 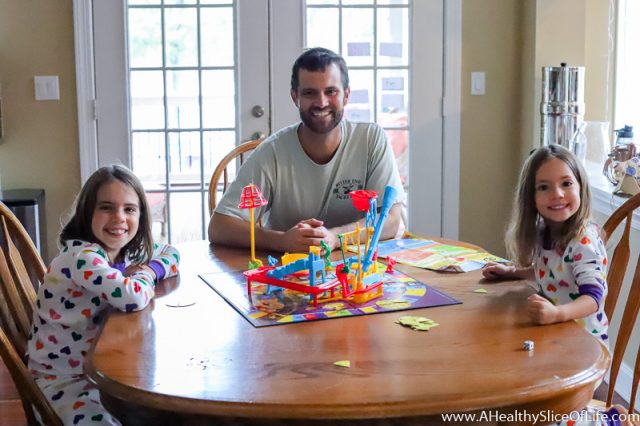 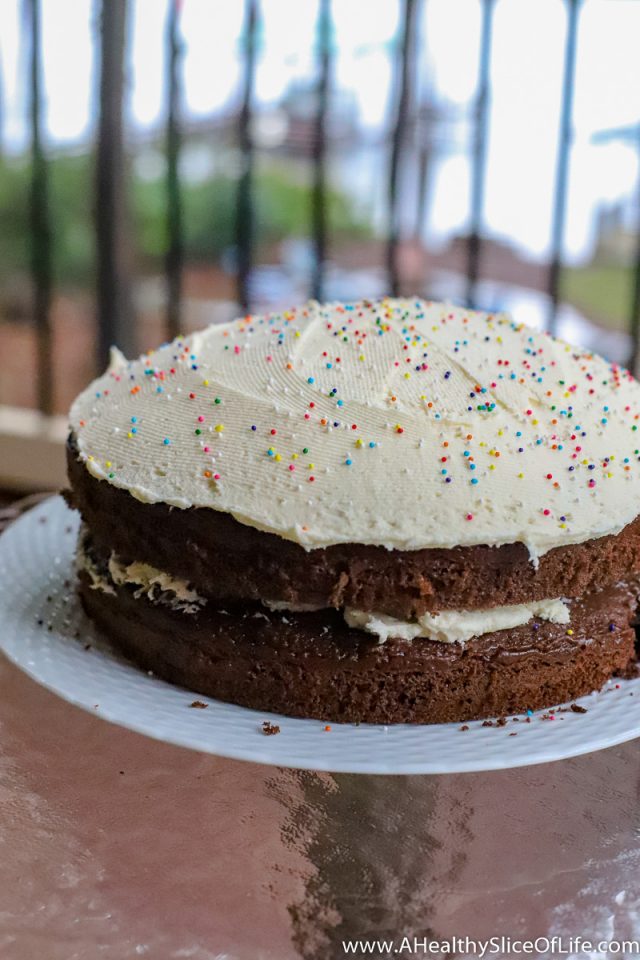 Also on Hailey’s birthday fun list was “watch movies” so after lunch David set up the projector in the playroom, and the girls curled up to watch Sofia the First (apparently there is a Sofia movie?). Rain started falling so while the girls did their thing, David and I curled up on the couch to watch some college football.

The afternoon continued in a cozy fashion alternating playing games, watching movies, and making homemade pizza for dinner, all while the winds and rains moved in. Perhaps the best memory of the day for me though will be when we gave Hailey her last present. About a month ago while playing at Target Hailey fell in love with the Vtech Secret Selfie Journal. She decided she’d start saving for it and was waiting for birthday money to help get her there. To me as a mom, I think it’s junk- a cheesy electronic toy that will soon enough lose it’s appeal, BUT  to the little girl that lives inside of me and can remember the excitement I felt getting the Talk Back Dear Diary back in 1996, I understood. So we bought it, wrapped it, and presented it to her as her final gift. And her reaction? Priceless. 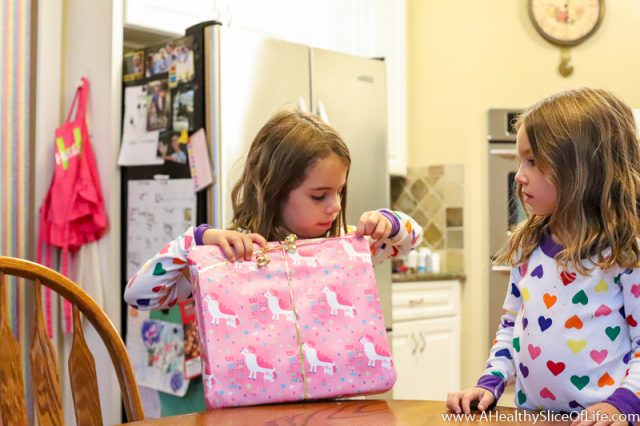 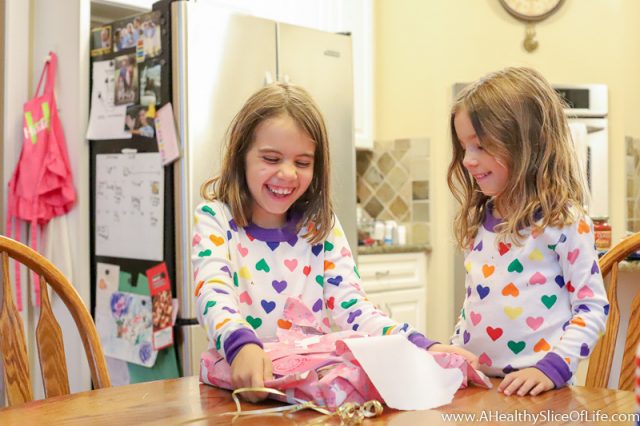 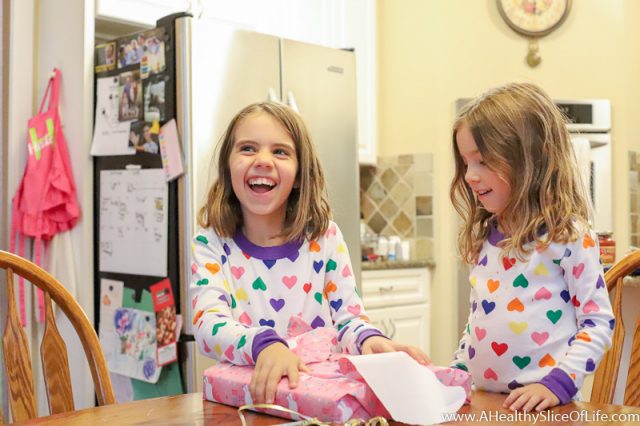 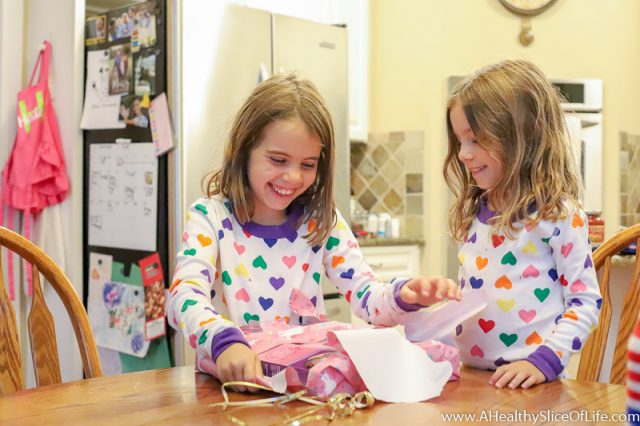 I didn’t want to cancel her party because of weather, but I honestly can’t imagine a sweeter way to celebrate our girl turning seven years old that a day of pajama-clad family togetherness. I can’t wait to see what SEVEN brings us!

Do you remember a special gift you received as a kid that might have been junk but meant the world to you?