Have you heard of coconut oil? Probably. I’ve heard of it for a long time, too. Heck, I even bought some, but it’s been sitting in my pantry for a couple months now. 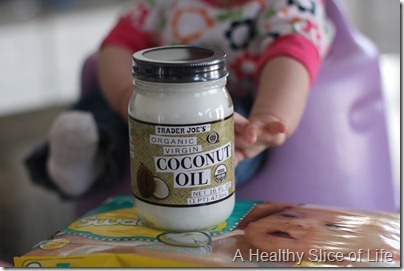 Perhaps you’ve heard of coconut oil because it is being touted as the next miracle food. It’s been said to prevent Alzheimer’s. It’s said to help in weight loss and skin conditions, such as eczema, psoriasis and dry skin. (I’ve even heard of people using it for diaper rash)

Well, coconut oil is made up of medium chain fatty acids, which are easier for your body to absorb than the long-chain fatty acids that are usually found in other fats and oils (source). It also is better for cooking than olive oil because it has a higher smoke point (350 degrees vs 320 degrees), meaning that it’s more stable and holds up better in cooking.

I’m not a scientist and won’t pretend to know or prove whether coconut oil is the next cure-all or not, but I have heard enough positive things to want to give it a try. 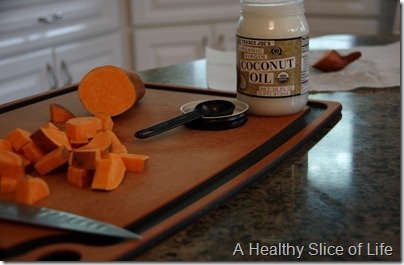 Only one problem. I don’t typically like coconut-flavored food.

I decided to try it anyway. I diced up one large sweet potato and divided it into two bowls. One for spicy, one for sweet. 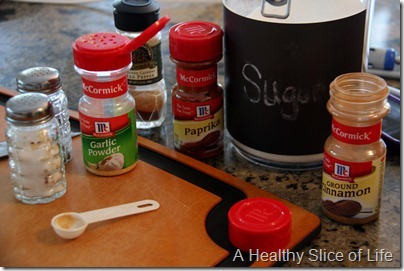 Then I scooped out 1 Tbsp of coconut oil (which is solid at room temp, since it is a saturated fat) and melted it over low heat. It melts very quickly. 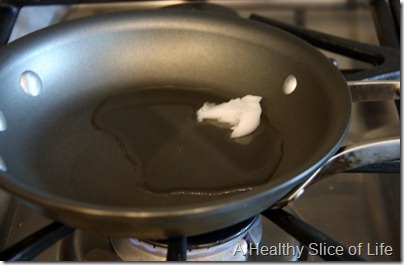 I drizzled half into each bowl and tossed with spices. In the first bowls, salt, pepper, garlic powder, paprika and a bit of cayenne. In the second, a sprinkle of cinnamon and sugar. 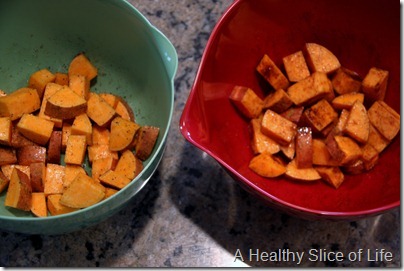 Then I roasted at 350 degrees for about an hour. 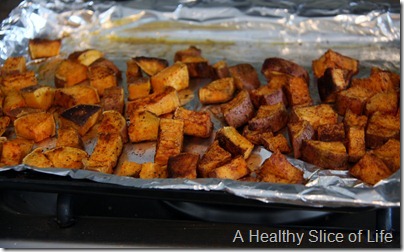 They were delicious! I loved the spicy concoction and Hailey loved the sweet. 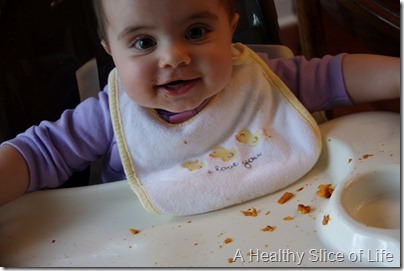 The best part, to me? Perfectly browned without a trace of coconut flavor.

But what about it’s use as a moisturizer? I was concerned about feeling like an oily mess after my shower, but for the sake of research, I decided to try some coconut oil on my legs. It melted as soon as it touched my skin. 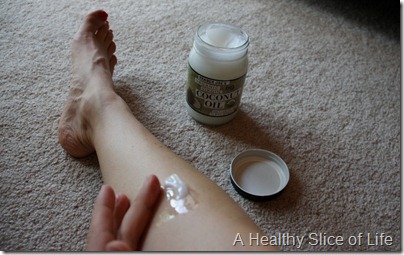 I cringed and got ready to feel like a greased pig, but kept rubbing it in. To my surprise, my skin absorbed it beautifully!  I rubbed it on my legs and feet, then loved it so much I proceeded to use it as a total body moisturizer. 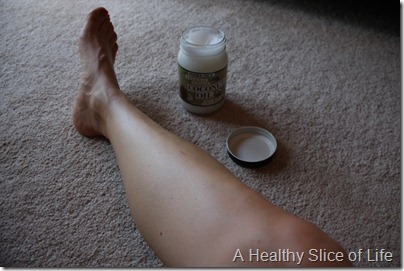 I really didn’t feel greasy at all and surprisingly I didn’t smell like a giant coconut either. It was subtle.

Am I a convert?

Somewhat! I don’t have anything against other oils, but I will be using coconut oil now, too. I used it to cook eggs this morning (maybe 1/4 a tsp? You don’t need much) and I couldn’t taste coconut at all. I also am interested in trying it on ice cream.

Have you tried coconut oil?

How do you use it?