I’ve seen almond milk become main stream and I love it in smoothies!  However, a little while ago I came across a product that was new to me- ALMOND CHEESE! 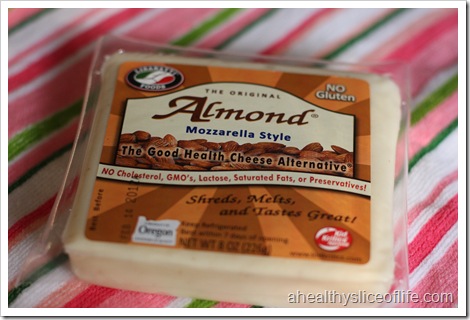 I thought it would be a great alternative for someone with a lactose intolerance and decided to try it out.  I was further impressed by the nutrition stats. 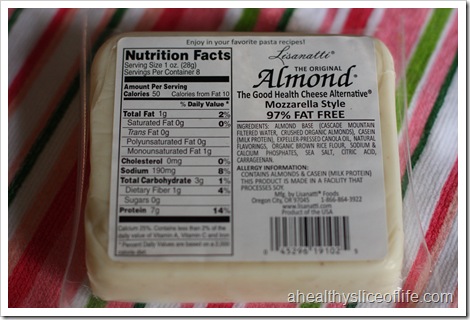 Significantly less fat and higher in protein.  But the taste?

I decided to try it out on a pizza.  Since it was a beautiful evening, and Koda begged because she had just found an awesome stick, we decided to grill up our pizza instead of heating up the house with the oven. 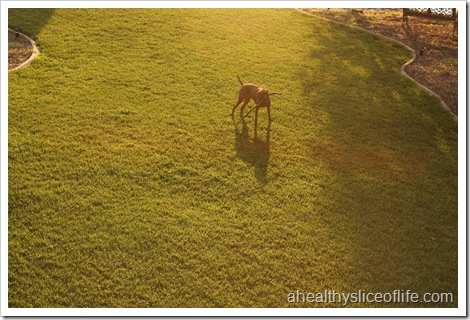 Homemade dough, thawed from the freezer… 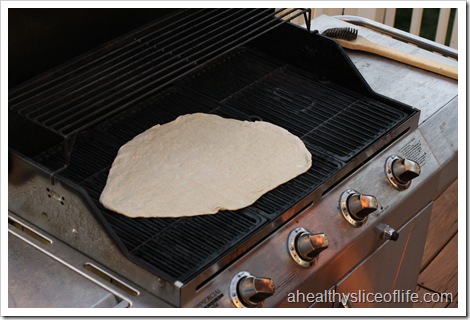 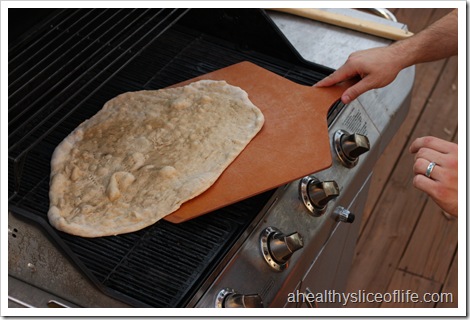 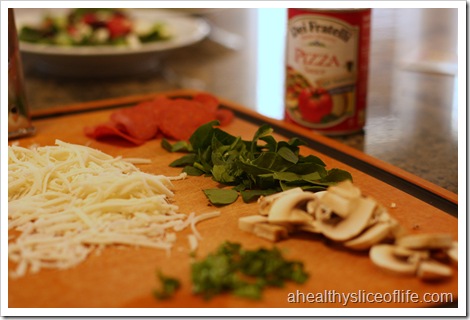 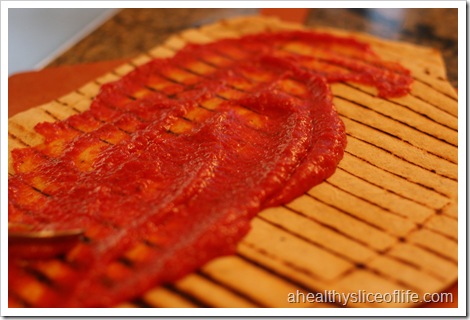 I love the grill marks! And while our pizza was grilling, I tried some shredded almond cheese by itself- tasty! Tasted like… well, cheese! 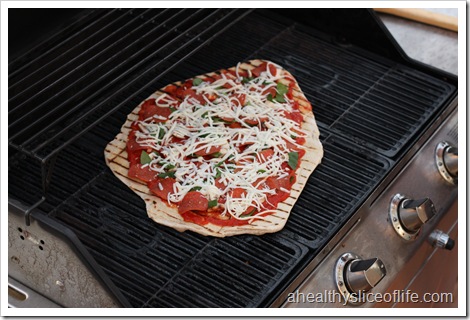 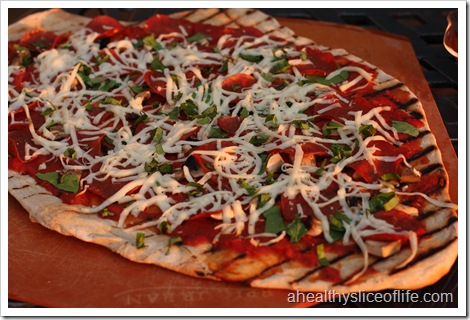 The final product was served with a spinach salad and extra sauce for dipping (a must in my mind). 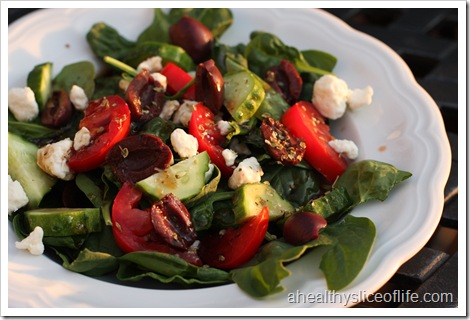 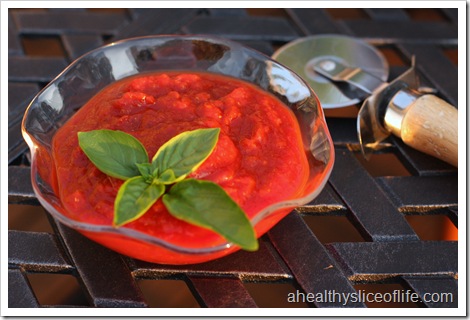 Fresh off the grill… 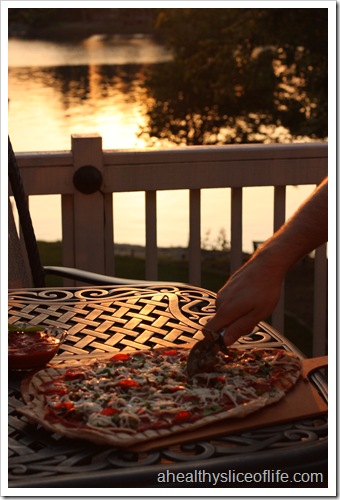 It was delicious!! I failed to mention to Hubbs before we ate the almond cheese that it was indeed almond cheese, not regular mozzarella (oops 😉).  He noticed that it didn’t melt as well as the fresh mozz we usually use, but thought the flavor was good.  He even had sampled some shredded almond cheese by itself earlier and really liked it.  SCORE.

I highly recommend giving this stuff a try.  Or have you tried it already?