It’s finally the time of year when pumpkins are seen on every street corner & in almost every recipe in the blog world…  When chili finally starts sounding good & Saturdays mean college football.  It’s the time of year I stick hundreds of cloves into a big, ripe orange and sniff it like an addict on glue.  It’s FALL!  And with the rain yesterday, came cooler temperatures… finally.  If only these cooler temperatures would have been here for last weekend’s official kick-off to fall: 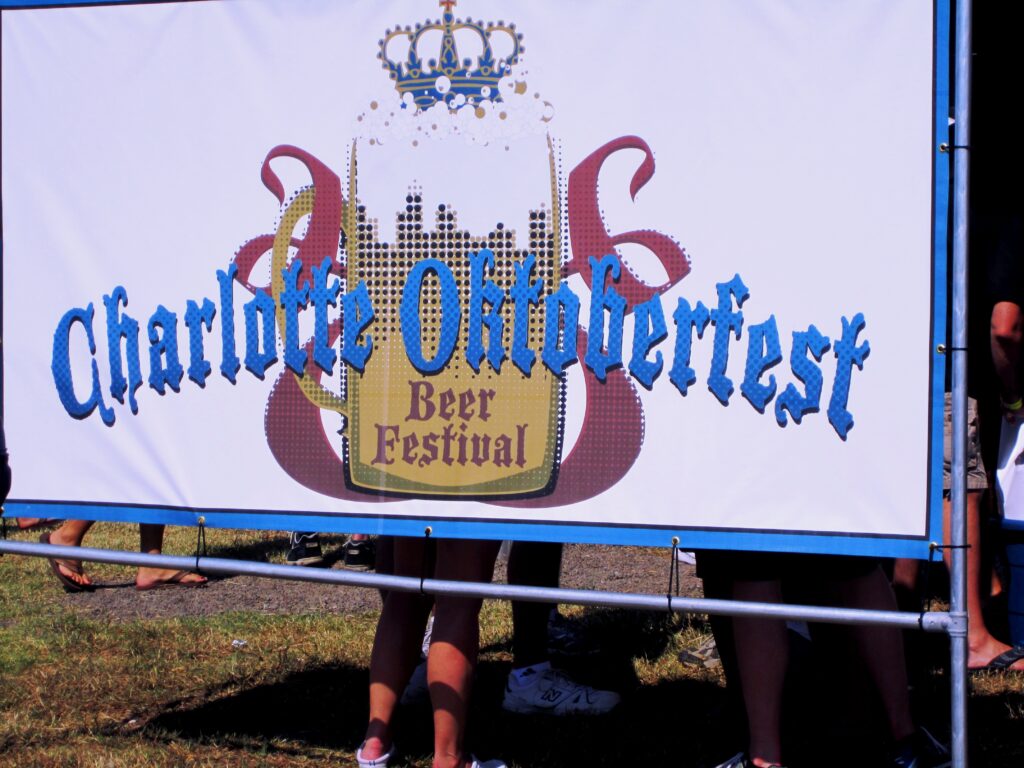 It was my first year attending this grand event, and it did not disappoint.  There are somewhere between 200-250 different breweries that set up tents to hand out samples of their best beers, including a section of tents dedicated to home brews.  Can you guess who liked that section? 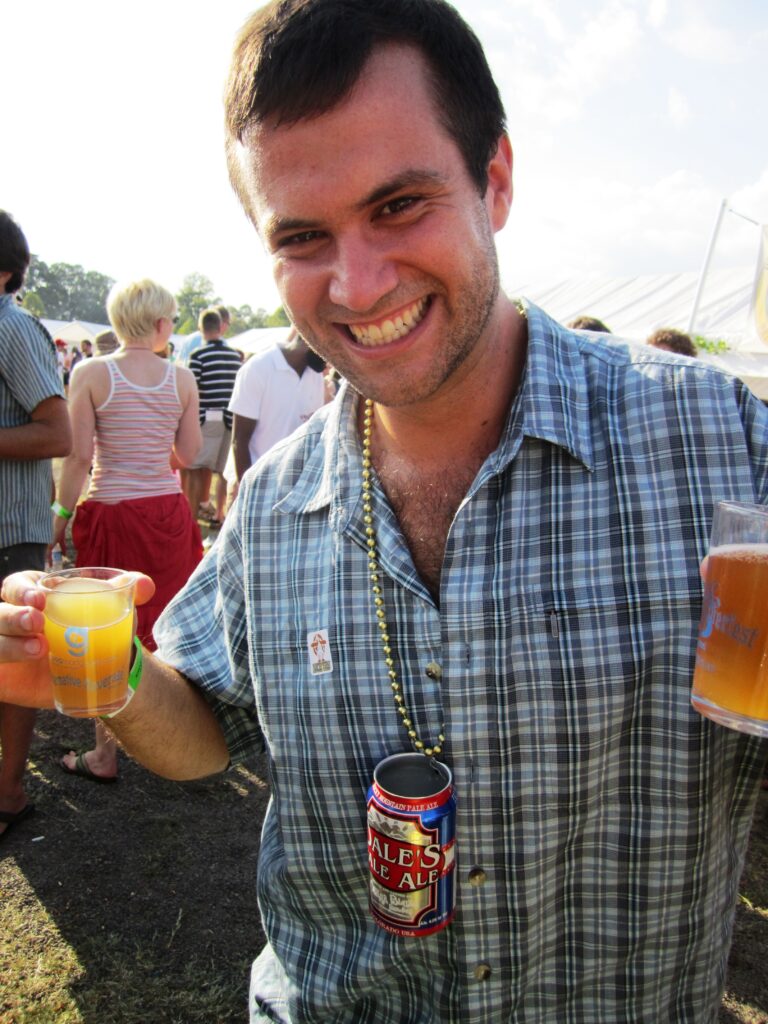 We met up with a few friends to begin the sampling. 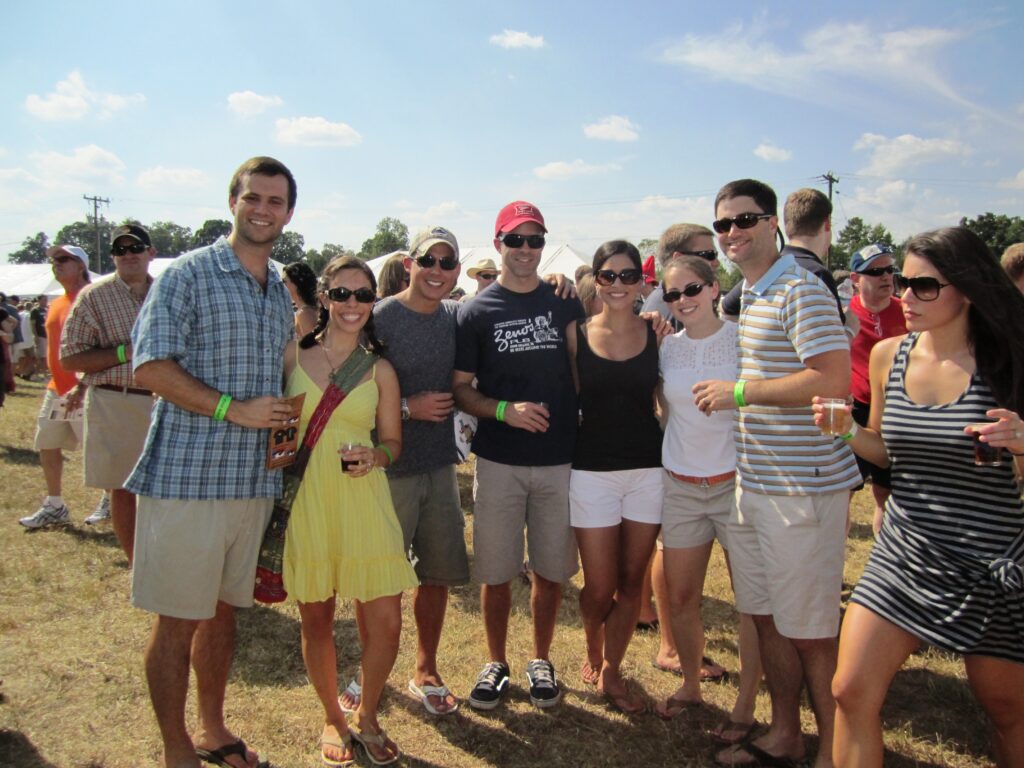 With your entrance fee, you received a 5 oz glass to sample beers from.  Most vendors filled them up almost to the top.  So here’s some math…

Let’s say they filled them up to 4 oz… and you hit 1 vendor with 3 different types of beer to sample… that equals 12 oz, which is one beer… multiply that by 250 vendors… WOWza. That’s a lot of brewskies. 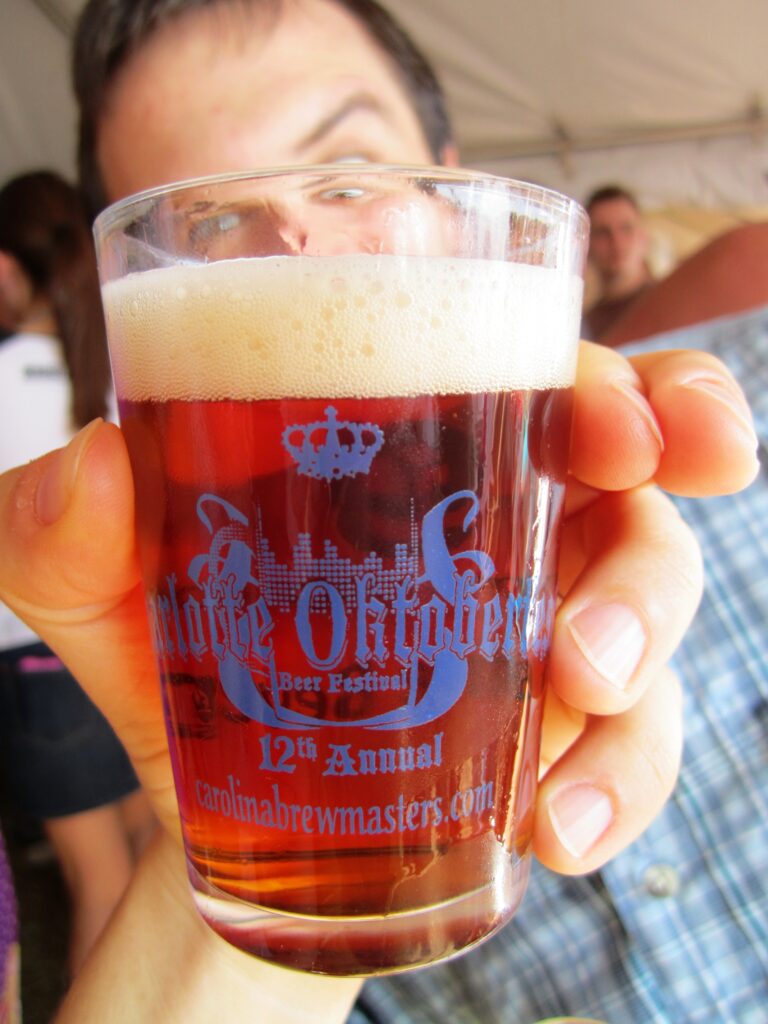 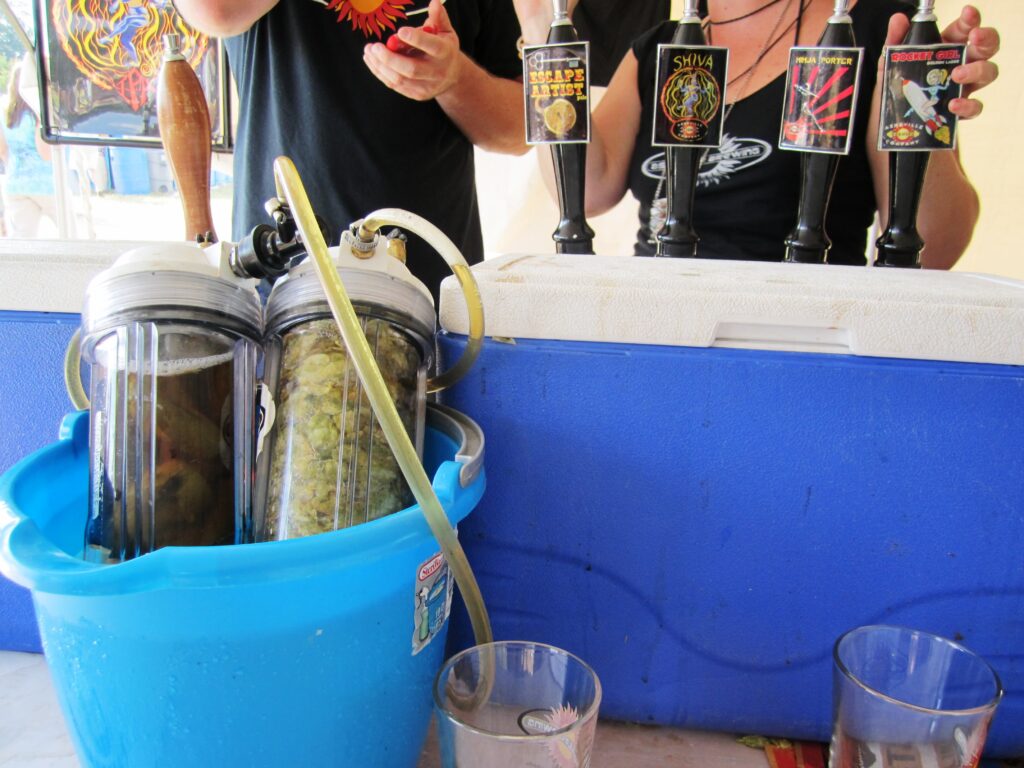 It also means quite a few trips to the facilities… 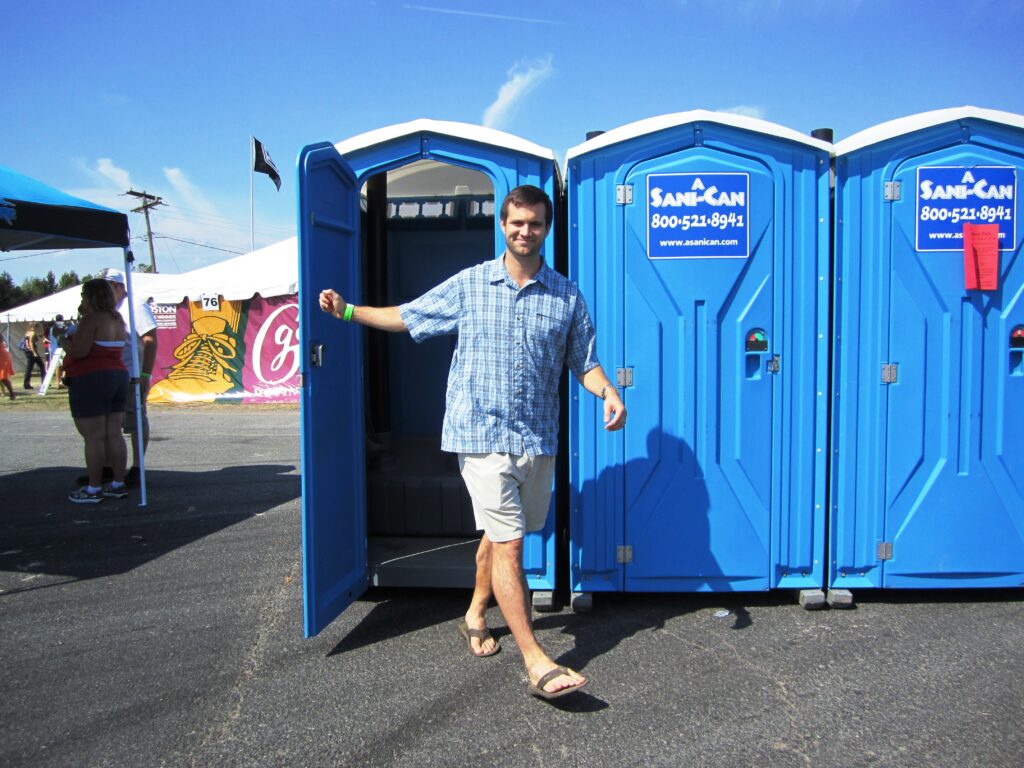 I am convinced that any brewer you can name was there.  The big guys & the little guys.  And I think the little guys were my favorite.  They had interesting flavors to try… like jalapeno and blueberry. 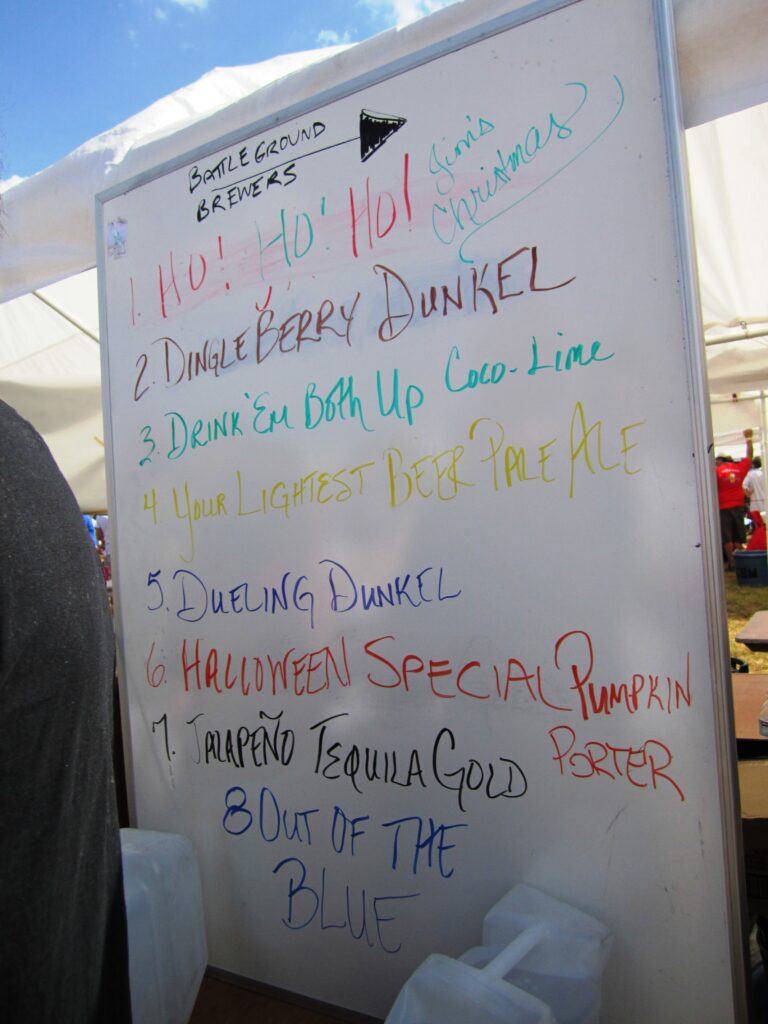 Naturally with all that beer flowing, food booths were also plentiful.  But since we ate those delicious BLTs before we left, we saved some money and only indulged in some freshly made KETTLE CORN. My fav! 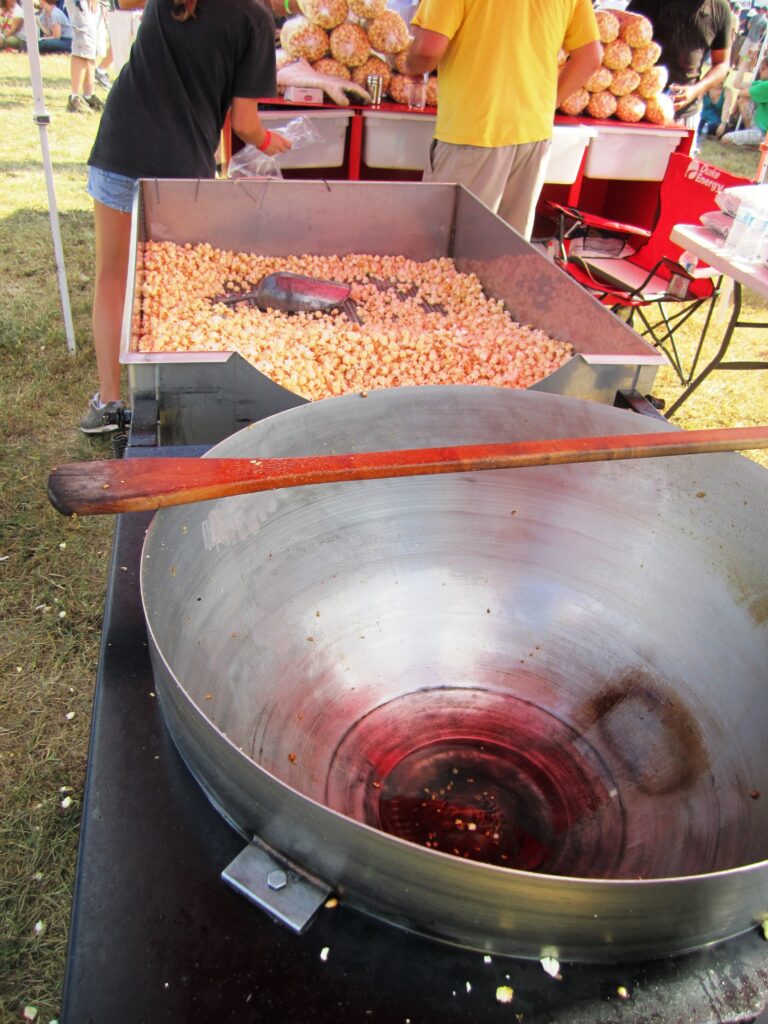 But I wish I would have had time to throw together a few pretzel necklaces like these people: 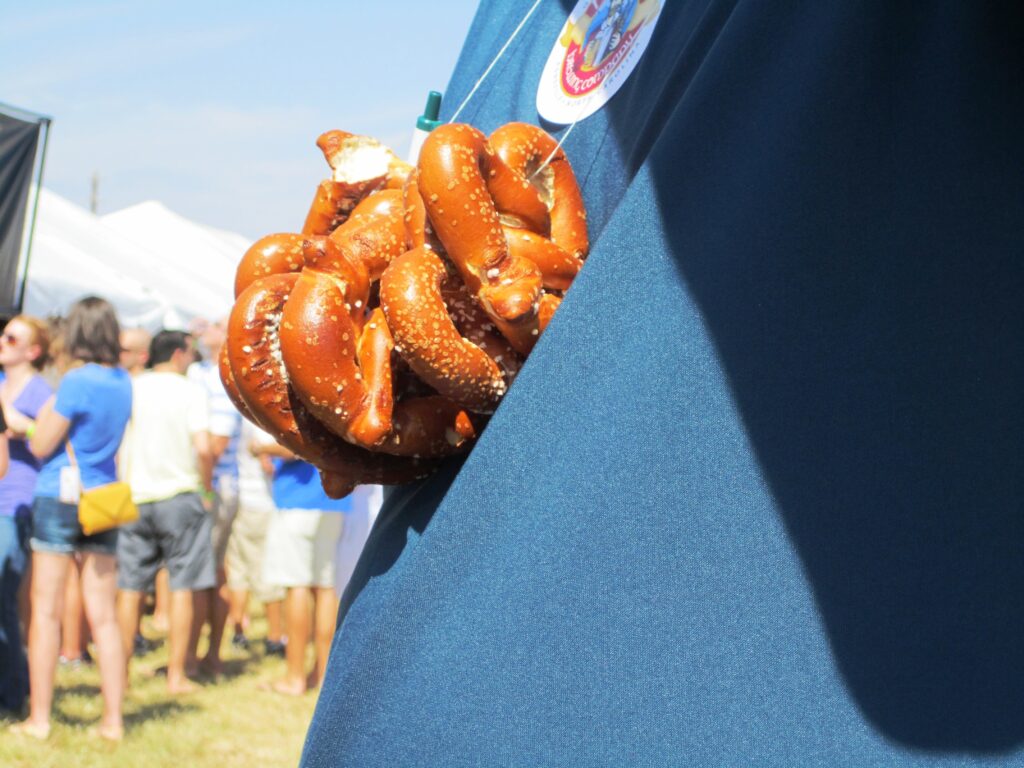 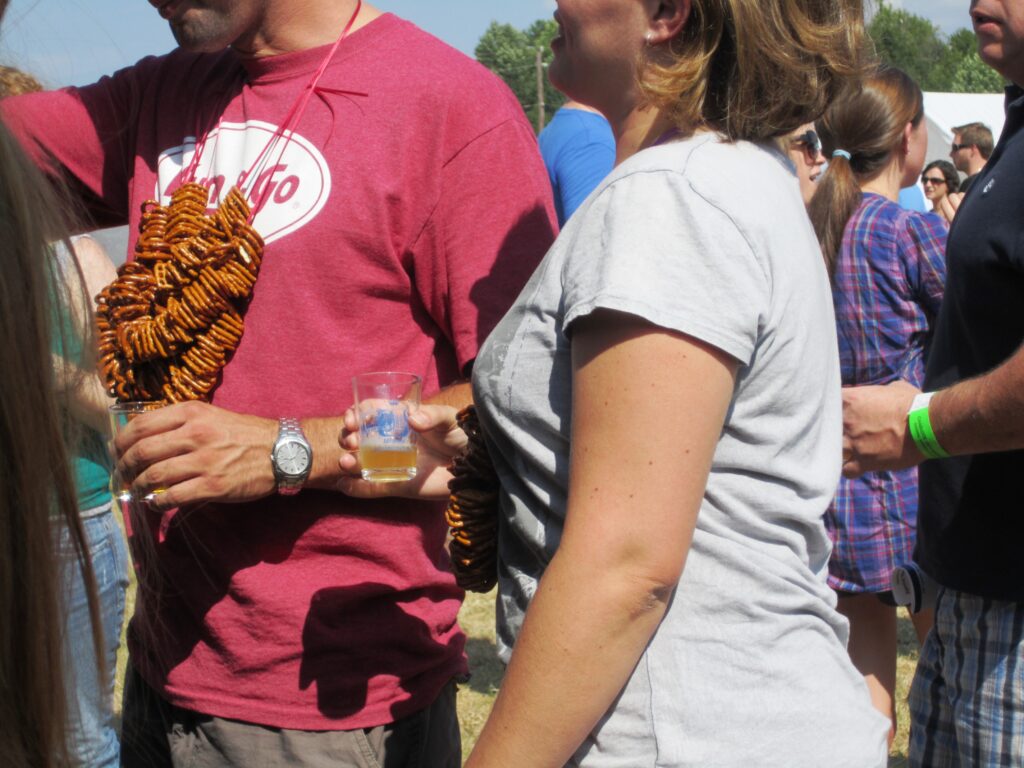 All in all, we managed to have a lot of fun. 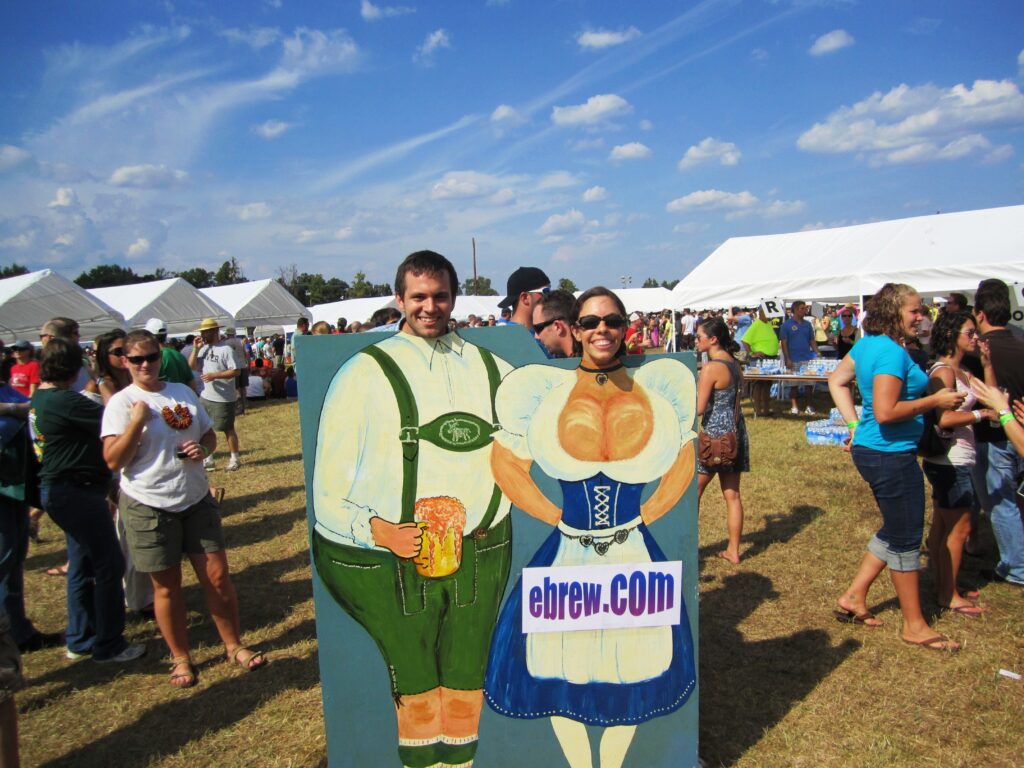 Hubbs is such a good sport 😉 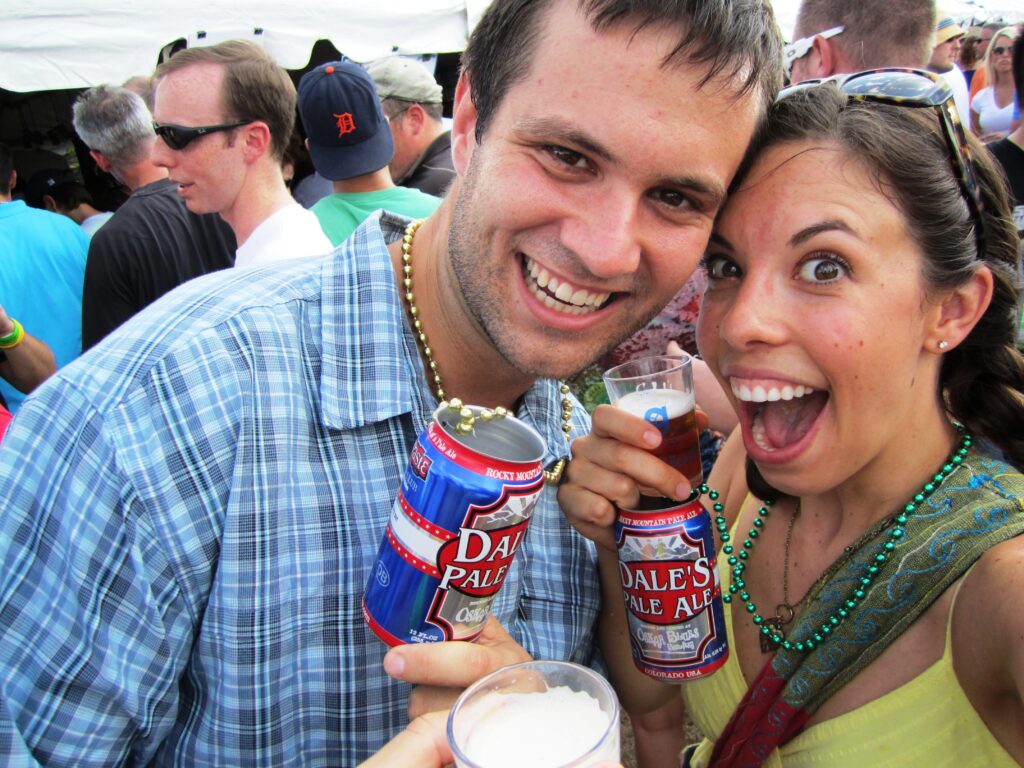 We picked up a pizza (from Fresh Market… so that’s healthy, right?) and devoured it at home while (painfully) watching my Georgia Bulldogs attempt to play football against Mississippi State.  Sigh…

It might not have been my healthiest afternoon, but it was a lot of fun, and the best beer festival I’ve ever been to so far in life… 😉

Do you like fall festivals? What is your favorite? Beer Fest? Apple Fest? General county fair?