We have really lucked out in Charlotte lately with some ideal fall weather. The air is crisp, the leaves are colorful and falling and we just want to be outside all day everyday. Luckily with the plethora of fall festivals upon us, there is plenty of opportunity to do just that.

This past Saturday, despite the warnings of horrific traffic and crazy high food costs, we decided to visit the Carolina BalloonFest in Statesville, NC. 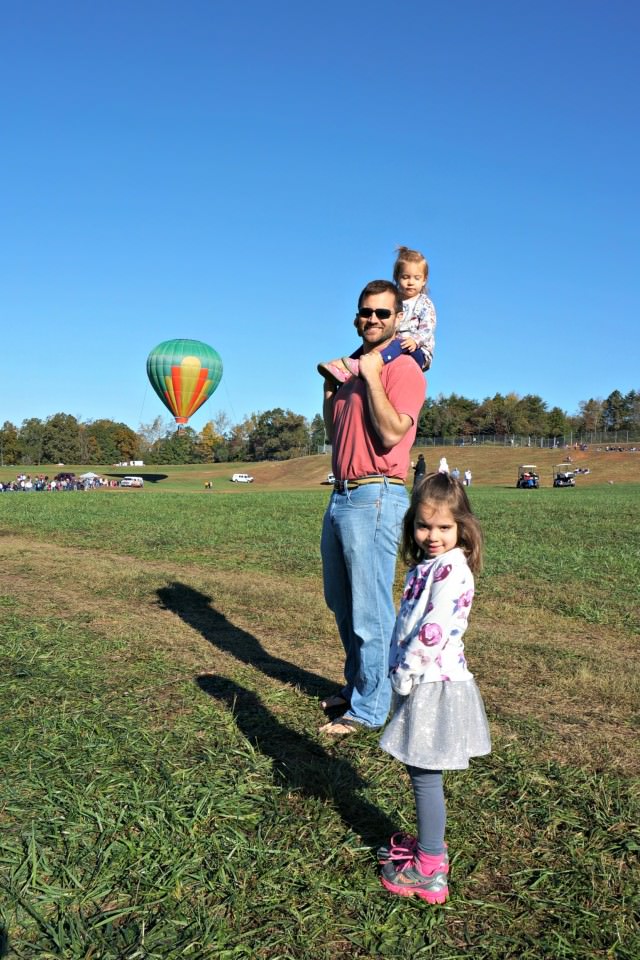 The festival goes Friday-Sunday and has set launch times for the balloons. On Saturday they have an early launch (between 8:00 am-9:30 am) and an evening launch (between 4:00 pm -5:30 pm). Unfortunately neither of those times were ideal for us with the girls at this age, so we decided to grab bagels and head that way, being fine with whenever we arrived.

We got to the field for parking around 9:00 am and Hailey squealed with excitement as she pointed out the hot air balloons that dotted the sky around us. There were only a few left to see at that point, but it didn’t seem to put a damper her joy.

It was $30 total to get in ($15 a pop for adults and the girls were free). A BIG CAVEAT here- a police officer at the entrance told us food, drinks and coolers were fine to bring in, so we carried in our own snacks. However, I checked the website later and apparently they are NOT allowed. Still, we were one of many that were pulling out their own snacks, so…? 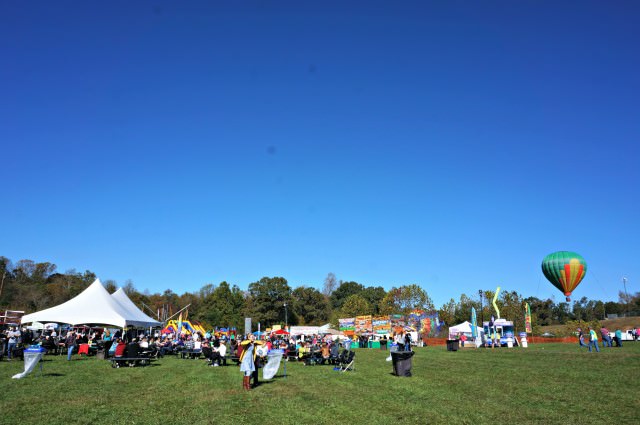 If you aren’t there to see the launch, then it’s really just a big ‘ol field party festival, but I don’t mean that in a negative way. They had rows on inflatable bounce houses and obstacle courses (all free!) that the girls couldn’t get enough of. 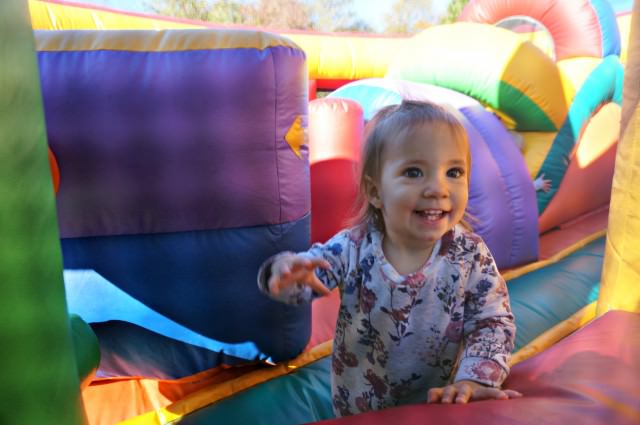 The lines weren’t that bad, but they certainly got busier as the morning went on. 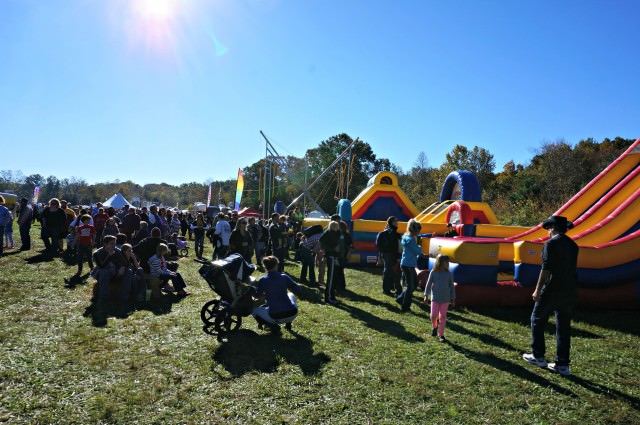 The girls had a ball! I really appreciated them being free because everything else cost money (understandably), but $5 balloon animals and $8 face painting would have added up pretty quickly. Hooray for free fun! 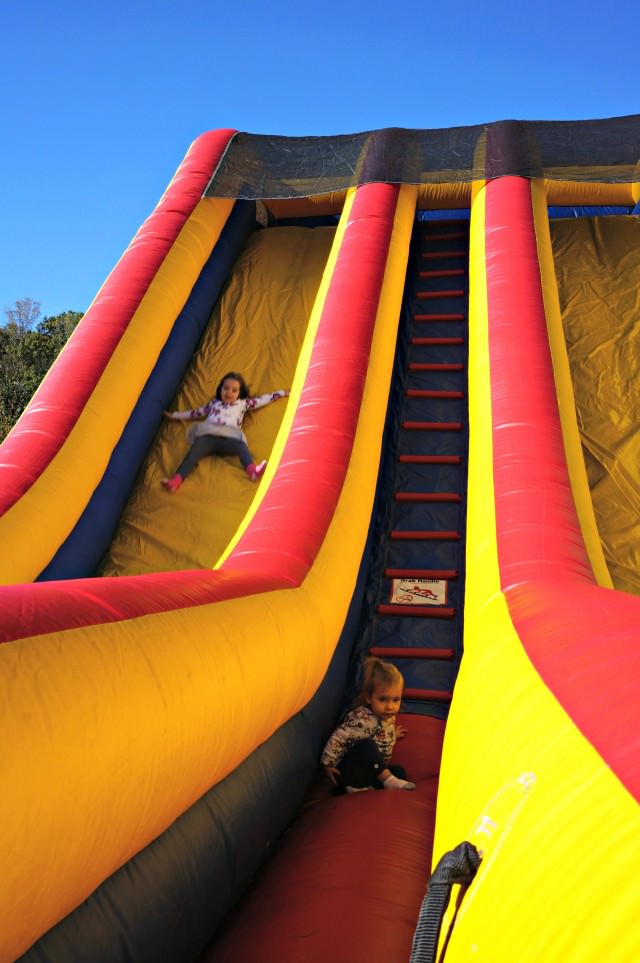 The real highlight of the morning, and Hailey’s favorite that she is still talking about, was the halfway inflated balloon you could go inside. 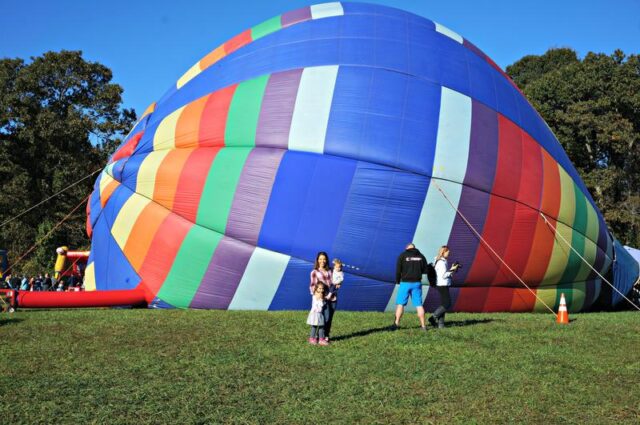 It was only $5 for all of us to get in, and I’ll admit, I was as giddy as the girls! It was like one of those giant parachutes you get to play with in gym class as a kid. 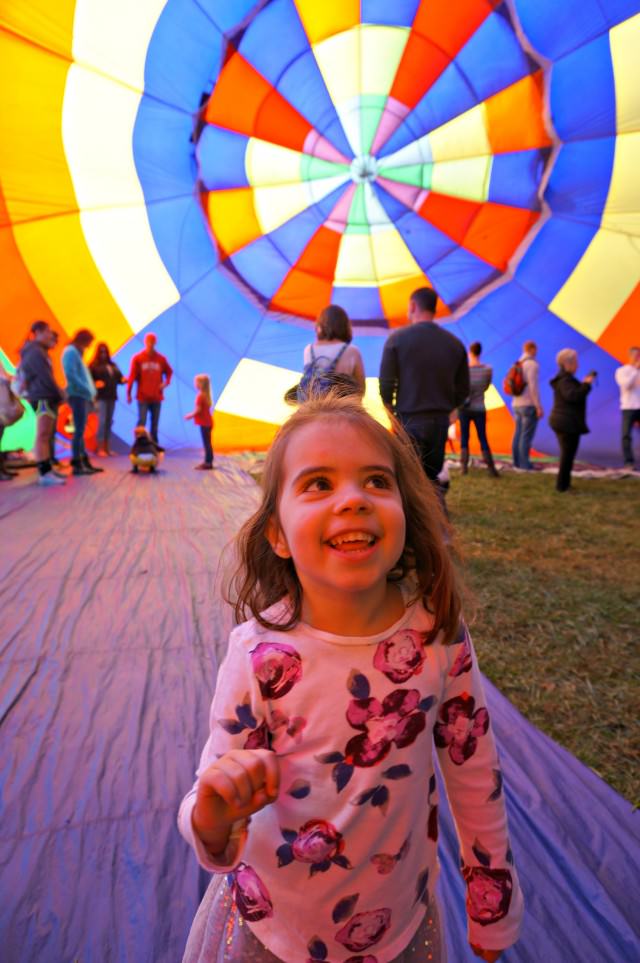 They had some beach balls inside so kids were running around after them giggling and it just was a pretty neat experience overall. 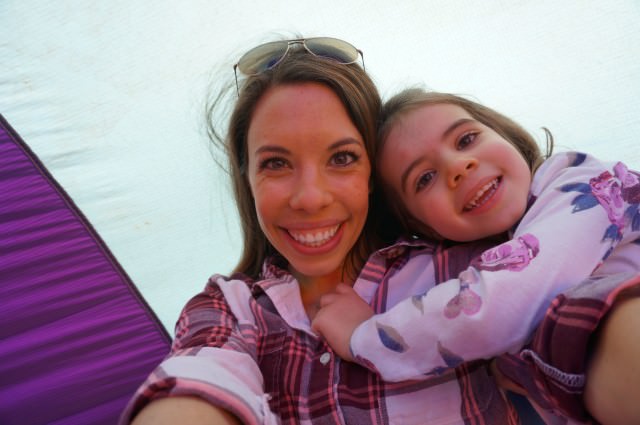 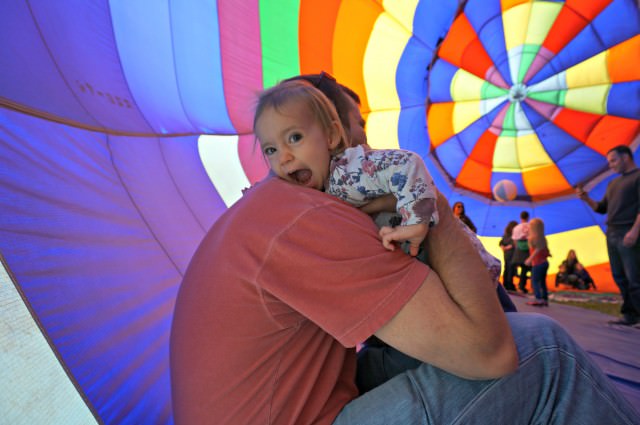 After hitting up all the activities, we decided to wander by the stage that featured various bands throughout the day and check out all the booths and beer and wine tents. Hailey talked us into getting her a lemonade which gave me a chance to admire all the fair food. 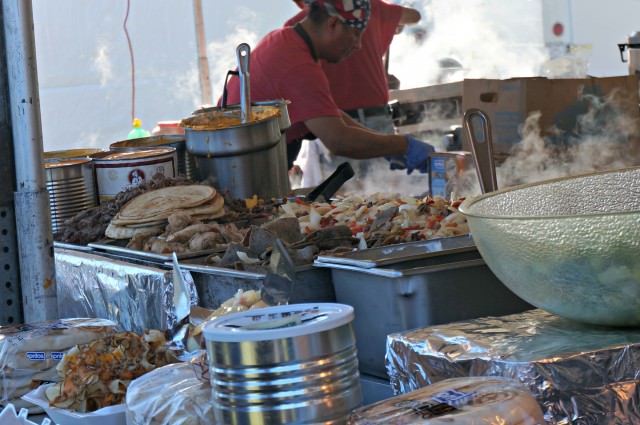 I won’t lie, the gyros smelled amazing and true to fair fashion, if it could be fried, it was, and served in huge portions. 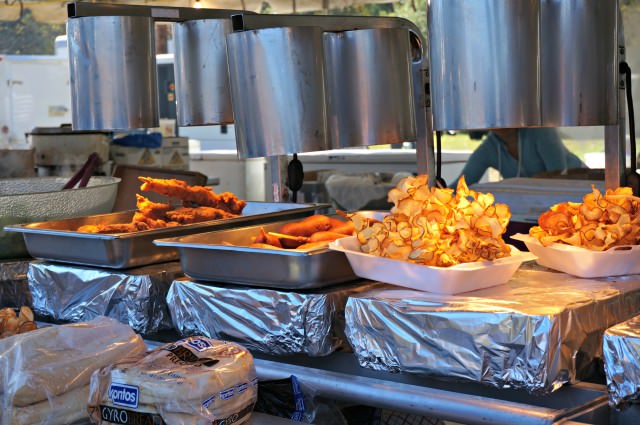 The little legs in our group needed a rest so we found a spot in the wide open field to watch the tethered hot air balloon take people up and down. It was so peaceful to kickback and watch the smiles and listen to the burner fill the balloon with air. 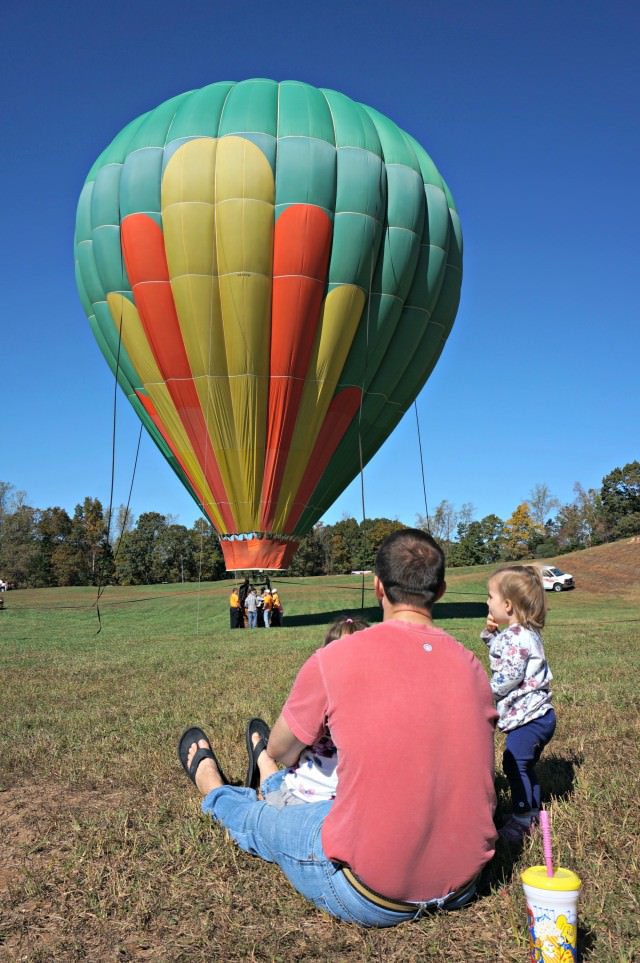 Next year I’d love to go back, set up on the early side and stay for the evening launch, as I’ve heard it’s gorgeous! But honestly, without the ability to bring in coolers, I’m not sure it’s feasible.

All in all it was an ideal way to spend a fall Saturday morning and like I mentioned, Hailey is still talking about going inside the hot air balloon!

What is the best festival you’ve ever been to?

What is your favorite part of a fall festival?