Spring is here and hopefully consistently warmer days aren’t far behind. It’s also the time of year where David typically stocks up on poison to spray around the house. Nope, not for giggles, but for pests, bugs and creepy crawly things. I figured this was a necessary evil, mostly because I didn’t think an alternative existed. It turns out, one does! 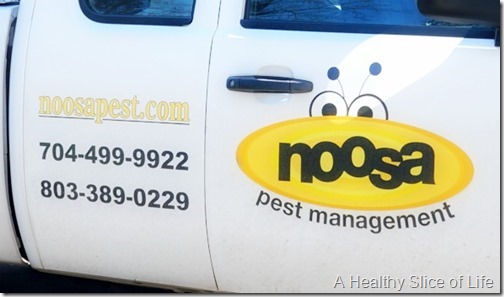 After my focus on green-i-fying (it’s a word… just go with it) my home and life during February, Noosa Pest Management reached out to me about their botanical services. Being pregnant, with a toddler and a dog, I was immediately interested. After all, I had never heard of such a service and I’m constantly interested in ways to reduce my family’s exposure to harmful chemicals.

We set up a time for Will to come out and visit my house. I’m going to stop right there and say a word or two about Will. As a stay-at-home mom I am very vigilant about anyone that comes near my house, as safety is a top concern. Because of this, I was overly impressed with Will. He called ahead of time to give a me a heads up that he was a few minutes away, giving me time to put Koda in her crate. He arrived on time, was professionally dressed and incredibly polite. 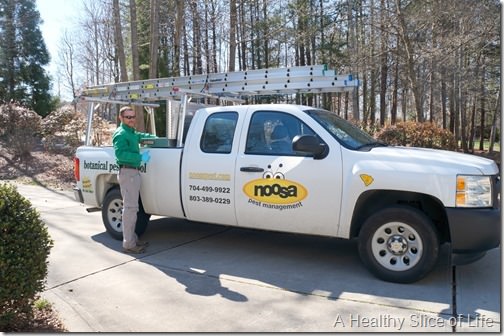 I also had roughly a bazillion questions, which he knew all the answers to and he even allowed me to snap some pictures of him. What a guy!

In a previous visit, we had gone over my concerns and areas on focus. For us, living near water can bring on a lot of spiders. There are also a lot of rolly pollies and other similar creepy crawlers (can you tell I know my bugs by name, or what?) in the flowers beds beside the house and sometimes I see some ants getting closer to the house than I’d like.

So, what about the service itself?

It occurred in three steps.

First, he removed cobwebs from the house with a large brush covered with Pyganic Dust.  This dust has Pyrethrins which is derived from the Chrysanthemum plant.  It is naturally repellant, and helps in the reduction of spider activity.  Physically brushing the webs is what removes them, not the dust. 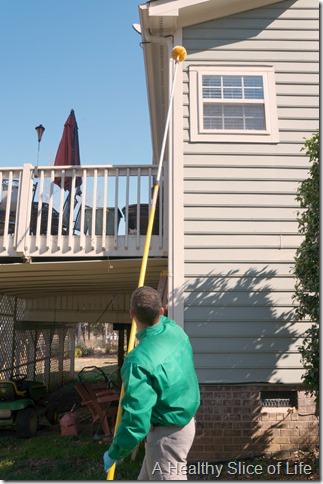 Next up was the spray. He applied ECO PCO WPX to the exterior foundation, windowsills, and doorways to create a barrier against common invaders.  All those letters (ECO PCO WPX) stand for a wettable powder containing Pyrethrins, rosemary, and thyme oil which are naturally occurring repellant substances. 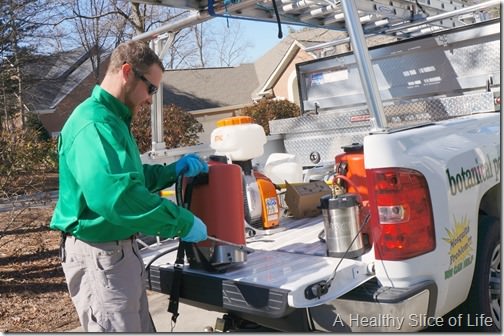 Will warned me it had a strong odor and he was right, I could smell it. However, it smelled like rosemary! I loved it. 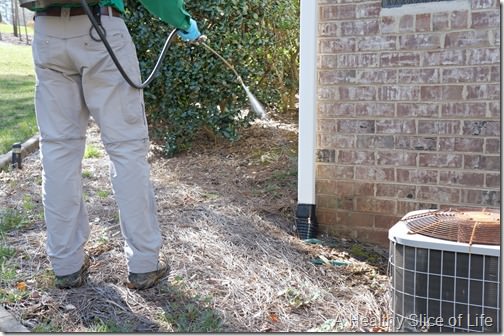 Finally, he spread Intice granules in the beddings around the exterior perimeter and in the crawlspace.  Intice is a bait consisting of borates that must be consumed by the target insect.  Bugs with chewing mouth parts are affected (roaches, ants, centipedes, crickets, etc). 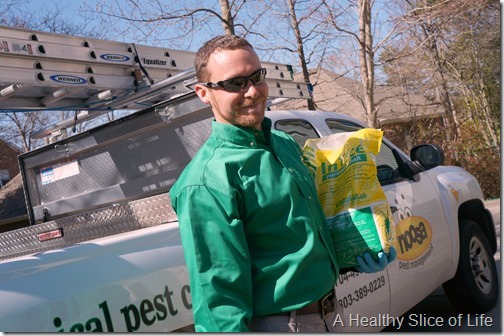 He mentioned that since it’s a bait, he spread the granules a few feet from the house. This made sense because the rosemary spray would repel the bugs, then they’d get drawn to the bait. Homeowner win! 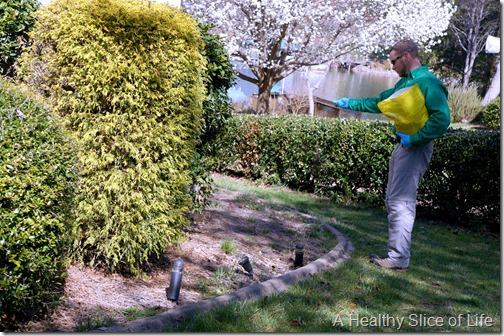 Since we have no issues currently inside the house, all treatments were outside only. However, Will said to give him a call if I noticed anything new, but they also come out every 2 months to reapply, since botanical treatments do not hold up as steadily to the elements as the usual chemicals. He also stuck these glue traps in our garage so he could check on them at the next visit. 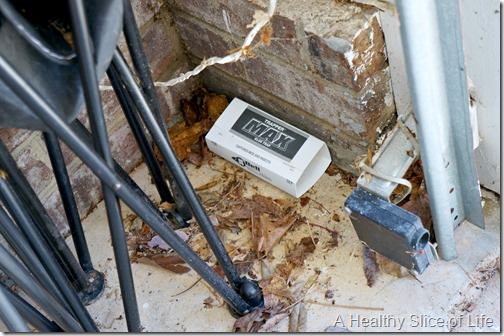 Will also shared a fun fact for managing silverfish. These little bugs are my nemesis. I was going to post a picture, but I couldn’t bring myself to do that to you. I find them so creepy.  Anyways, they are common in new construction, but I’ve seen one or two in the shower since we’ve moved in and they FREAK ME OUT. He said one of the best things you can do for silverfish is to vacuum the baseboards. They lay their eggs in the cracks of the baseboards and vacuuming along those cracks will suck them right out! 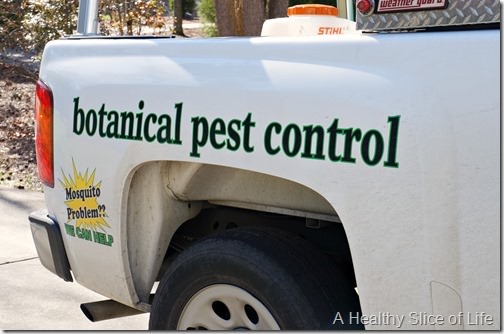 I should mention that Noosa also offers traditional pest control options, as well as the ability to combine the two. For example, if you had a serious ant infestation, it would be most beneficial to rectify the situation, then pivot back to the botanical options. I think that’s pretty neat, as I’m a mixture of crunchy-green-living and modern-solution-appreciation myself.

Overall, I am very impressed with the botanical option that Noosa offers. I will post a follow up down the road and let you know how it is working, but initially I have high hopes. I love that the products use are low-impact solutions. Low impact on the environment, on pets, on people.

To learn more about Noosa Pest Management, visit them on the web or on facebook.
I was provided with a complimentary botanical service by Noosa, but all thoughts and opinions expressed are 100% my own.

How do you currently manage pests at your house?

Would you be interested in using botanical services versus traditional?