I received quite a few questions from you yesterday about my comment regarding beer and milk supply. I am no expert on the topic, but happy to share my experience. From what I’ve read, it’s the brewer’s yeast and hops (NOT the alcohol) in beer that stimulates milk production.  I haven’t had any problems with supply, but I definitely notice that if I drink a beer, my milk replenishes itself more quickly. If I have more than 1 beer? Ouch- over supply! 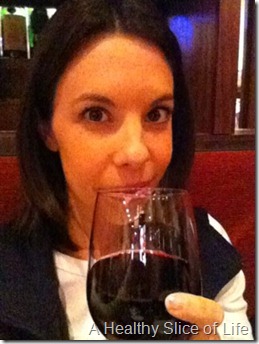 Some say that the alcohol can have a negative effect on milk supply, but personally, I haven’t experienced that. Others say that a certain type of beer (like a stout) works better than other types. For me, any type of beer has the same enhancing effect. I’m not saying all nursing moms should go drink beer, in fact, non-alcoholic beer will work just as well if you’re looking for a supply boost. And if you have more of a sweet tooth, whip up some lactation cookies instead. These are my favorite.

As you all know, from the moment Hailey was born, we’ve swaddled her for naps and nighttime sleep. 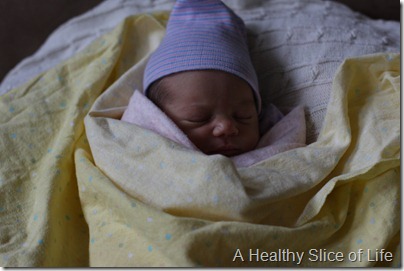 Was she ever really that little? Oh my goodness. Mom swoon.

From what I’ve gathered, most people stop swaddling around 3 months for various reasons. We didn’t. In fact, we switched to double swaddling Hailey because she slept so well when snuggled up.

Lately she began to break free of the double swaddle, velcro and all. For naps I’d only swaddle her legs, but to try and put her down with no swaddle at all always turned into a battle. 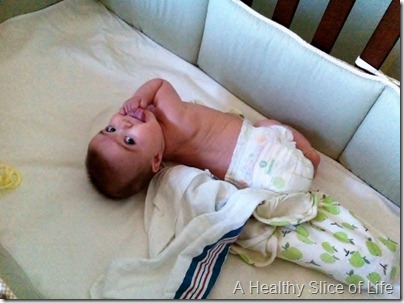 I wasn’t sure what to do. I figured it might be a tough transition out of swaddling, and prepared myself for some sleepless nights. 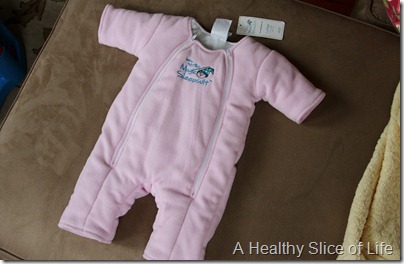 The sleepsuit is designed to help babies transition out of swaddling by providing the warmth and coziness of a swaddle, without the swaddle. It also helps to subdue the twitches and jerky movements babies have that often wake them up.

Sounds downright, well, magical, doesn’t it? I contacted the company and they offered to send me a suit to try with Hailey. They have 2 sizes, 3-6 months and 6-9 months. I went with the larger size. 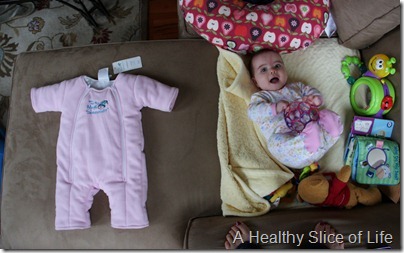 The suit reminded me of a snow suit, slightly bulky and super snuggly. It has 2 zippers so it was easy to get Hailey in and out. Much easier than trying to swaddle my strong 5 month old . 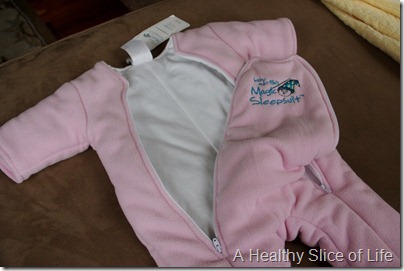 Hailey seemed to get a kick out of wearing it. 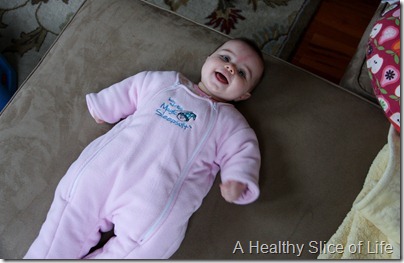 The true test, though, came at nap time. When she was tired, I put her in the suit, laid her in the crib and walked out holding my breath. Silence. I went back to check on her about 10 minutes later and found this: 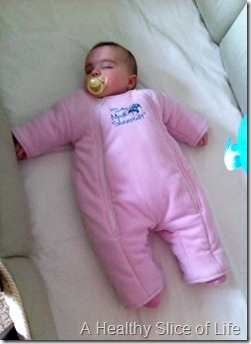 Snoring softly and cozy as could be. The real surprise came 45 minutes later, when Hailey usually wakes up from her nap. Only this time, she was still snoozing solidly and did so for another 45 minutes! 1.5 hours of sleeping baby bliss. I almost didn’t know what to do with myself.

Since then, we’ve used the sleepsuit for every nap and nighttime. She tends to like to bring her legs up into the suit, which she can do by herself. She also can get her hand into her mouth, so the suit doesn’t restrict movement, it just helps control the quick, jerky movements, like smacking herself in the face.  The transition has been seamless and she’s sleeping like a little angel. 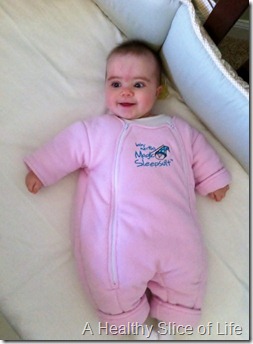 The only problem I might have with it is during the hot summer months. I’d want to make sure her room would be cool enough for her not to get sweaty, since she tends to be a hot-natured baby.

Overall, I’m incredibly impressed with the suit. I feel like it’s easing the transition into sleeping sans swaddle. Hailey is sleeping wonderfully in her suit and I’m still grateful for the 11 hour sleep stretch Hailey gives us at night.

What is one baby product that has really helped you?