Last night the time finally came to hire our first nighttime babysitter. Someone that would have to give Hailey a bottle and tell her good night. Although it was difficult to leave (and I wrote down every tiny detail and about 15 phone numbers), it was so great to attend the Mixology event at Discovery Place in Charlotte. 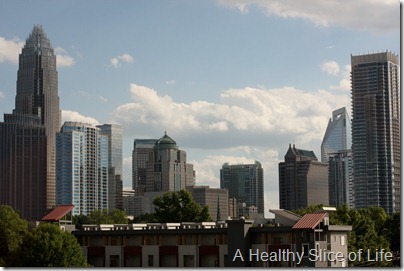 Driving into the city always gets me so excited! I can’t imagine how I’ll feel if I ever see New York. 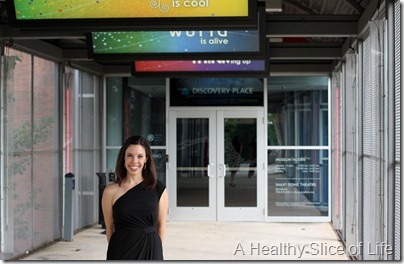 David and I arrived early to wander around. I’m so glad we did because I got to meet and pet Princess, a rainbow boa constrictor. She was described as feeling like an expensive purse, though John said they’d never do that! 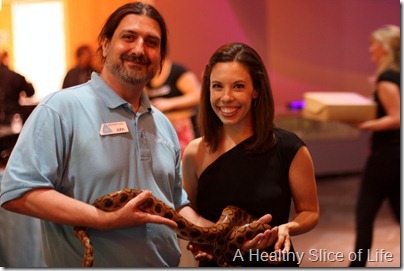 Finally the event began and started off with David speaking to the crowd while I awkwardly stood behind him grinning like a cheese ball. (I’m not disappointed I don’t have a picture of that!) 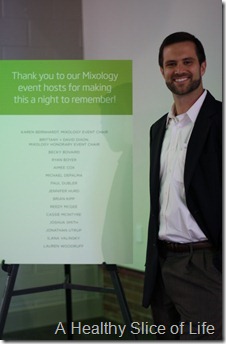 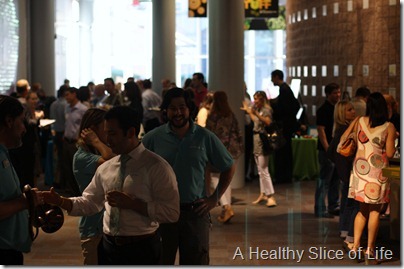 David and I both really love Discovery Place and their mission. They take the intimidating subjects of science and math and make them enthralling with hands-on exhibits, experiments and plenty of fun creatures to look at. 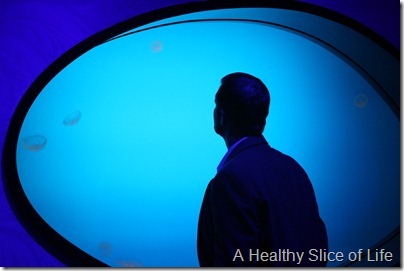 Maybe I’m a big nerd, but I think we need to start making smart cool again and get rid of the educational apathy that has perforated our younger generations. I know that is a blanket statement and that many young people are brilliant and driven, but I only want the future of our nation to keep getting better and brighter, especially now that I know Hailey will be living in it.

This Discovery Place Mixology event was pretty amazing. Groups circulated around to different stations. Each station had a science experiment, a specialty drink and a bite to eat. Each experiment was sponsored by a different restaurant. 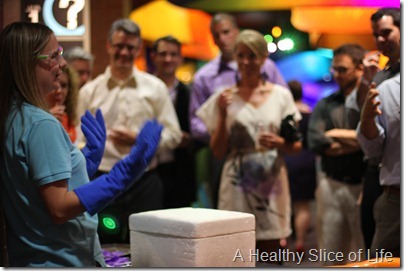 The food was delicious. 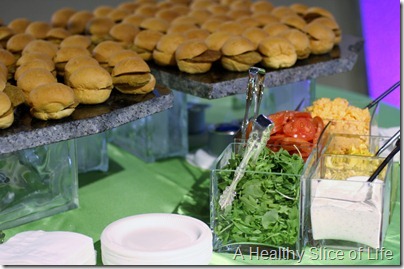 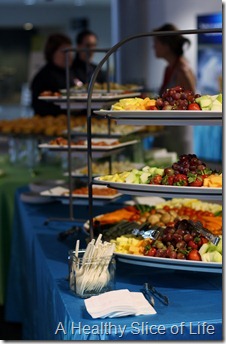 And the drinks were flowing! There were craft beers, wine and specialty drinks made with FUZE, an event sponsor. 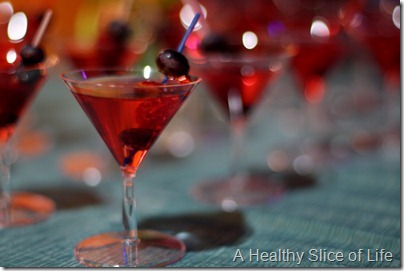 This delightful mini-martini was made with FUZE Slenderize Cranberry Raspberry, Triple Sec and champagne!

To satisfy the sweet tooth? How about treats from Cupcrazed? The winners of Food Network’s Cupcake Wars? Yes, that’s the one! 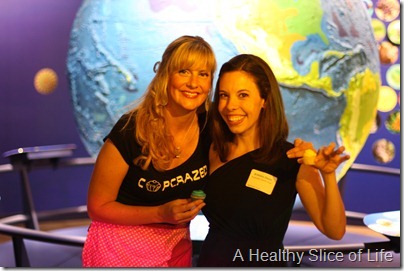 Heather’s mini cupcakes were amazing! The glowed under black light! How? Well, tonic water glows in black light, so she added some to her buttercream frosting, and magic happened! She also used a little vodka, so it was like a vodka tonic, glowing cupcake. 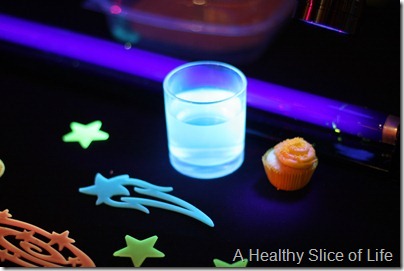 Is that not the coolest dessert you’ve ever heard of??

Also at the station was an adult scorpion. All scorpions glow under black lights, too. 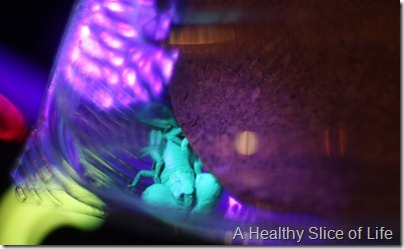 Scientists still aren’t sure why.

It was Discovery Place’s first event like this, and it was a huge success! Hopefully there will be similar events in the future. David and I even got a quick sneak peak behind the scenes with John Mackay, Discovery Place President and CEO. 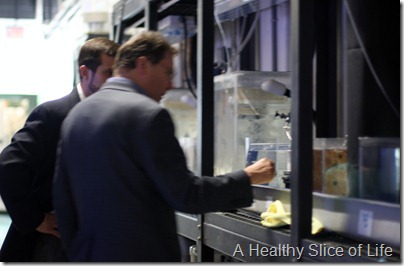 Great photography, no? Clearly I was a bit too excited to see all the fish, frogs and jelly fish and 2 FUZE cocktails deep. Interesting fact: Discovery Place grows all their own coral and jelly fish. They are actually working on growing their own living coral reef and they are 2 years into the 3 year project. I can’t wait to see it! 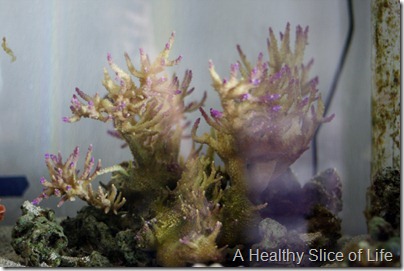 We had such an amazing time and I even got to meet a blog reader. Hi Emily! You made my night! Thanks for saying hello

I loved sipping, snacking, socializing and learning. I was even taken by an exhibit on combustion engines, two words that would usually put me to sleep. However, science in application is pretty neat. 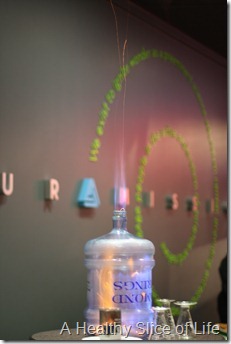 I guess you can tell that I’m pretty passionate about what Discovery Place offers. I highly encourage you to visit if you’re in the area and check out their website to learn more or to get involved!

What is a cause you are passionate about?