It was a special weekend for us because for the first time since Thanksgiving we got together with David’s side of the family. While we’ve seen Mema and Grandpa several times, we hadn’t seen David’s brother and his crew (including their new chocolate lab- swoon).

Not that we needed an excuse to all see each other, but it just so happened that a 70th birthday was happening and that deserves to be properly celebrated! 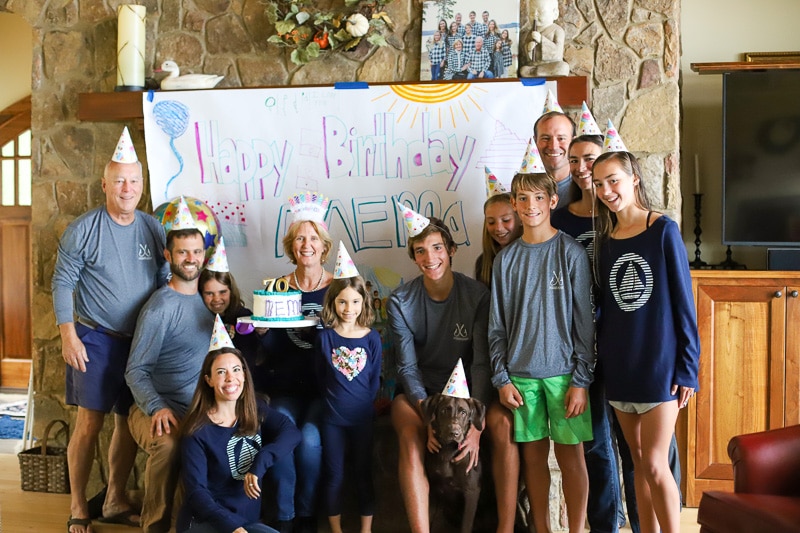 The weekend began for us last Thursday when we drove west through Asheville and into Tennessee. I’m a mountain girl anyway, but the Blue Ridge Mountains during October certainly solidify that feeling.

We arrived in Pigeon Forge in the evening and it was rocking. We’ve only been the area once, when we took an incredible family trip to Dollywood and basically had the park to ourselves. So I don’t know if I’ve ever seen “the strip” in the evening, and watching the girls’ faces light up and their squeals of delight at seeing all the funny buildings was such a treat!

We picked up Mellow Mushroom and ate it in our hotel room, clearly not making the most of our stay. However, we were there for the purpose of viewing rental properties on Friday morning. We are considering dipping a toe into short term rental investing and doing some research.

By Friday afternoon we were driving towards South Carolina on the winding mountain roads, stopping at overlooks to gawk at the incredible views. (Hailey is getting to be quite the photographer which works out well for getting pictures with David once again!) 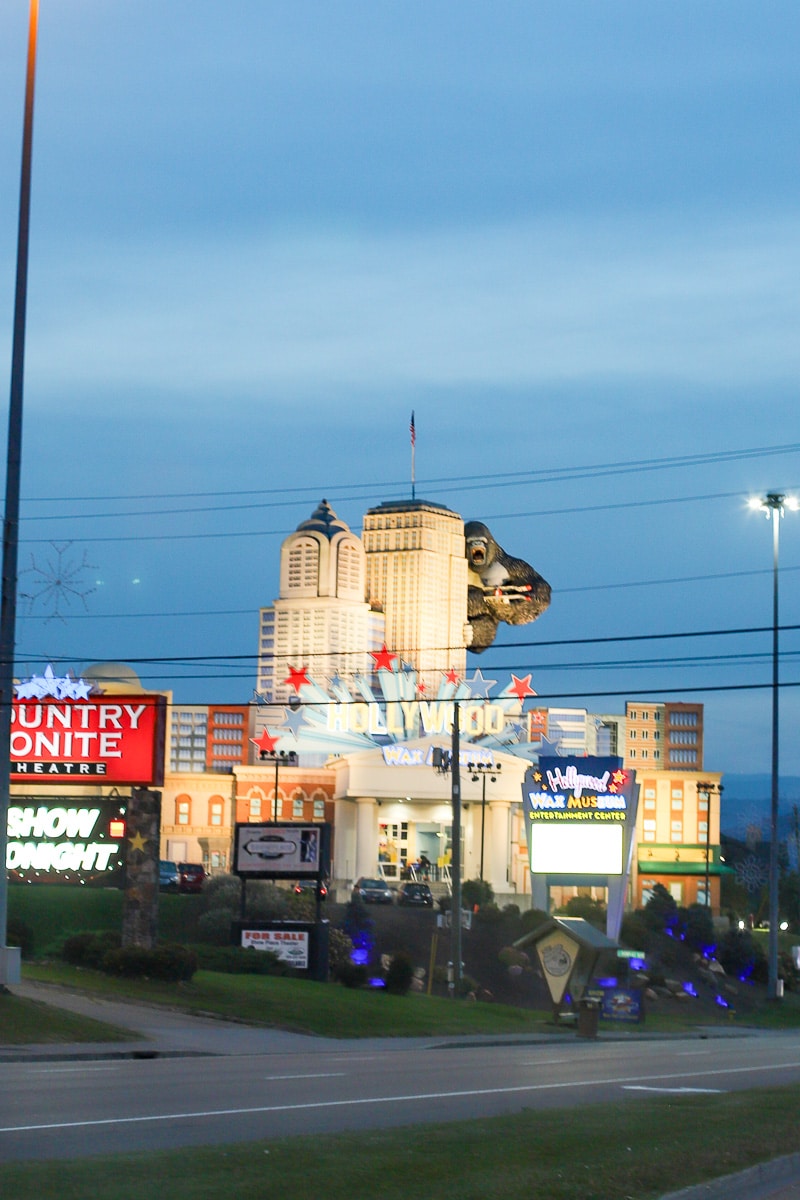 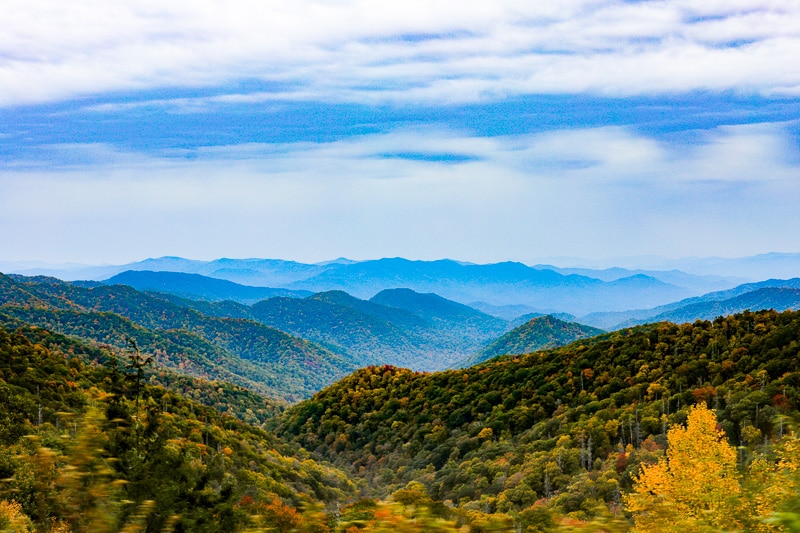 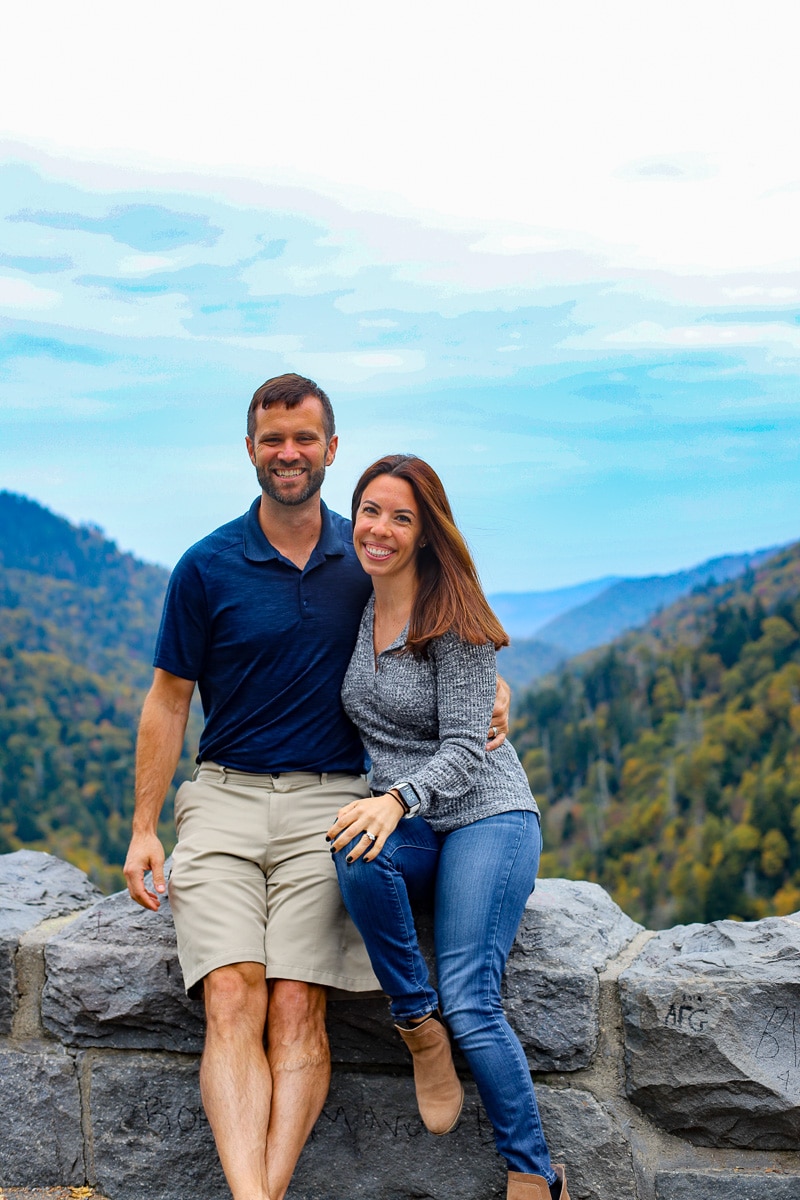 We arrived in time for Mema’s homemade chicken Alfredo and the Georgia Tech football game. It was a great kick off to a really fun weekend.

We brought the rain in with us Friday evening and it settled in, but it ended up being a blessing. We are a gaming family, so being cozied up inside lent itself to puzzles, Samba, chess, several rounds of Five Crowns, and even a little of my current obsession, Settlers of Catan!

We watched football (a great win over Tennessee for my Dawgs- undefeated!) and got Cooper the pup outside to run around in every break in the rain. I ate my body weight in sausage and Rotel dip and Grandpa’s famous chili, but isn’t that what rainy fall football Saturdays are for? 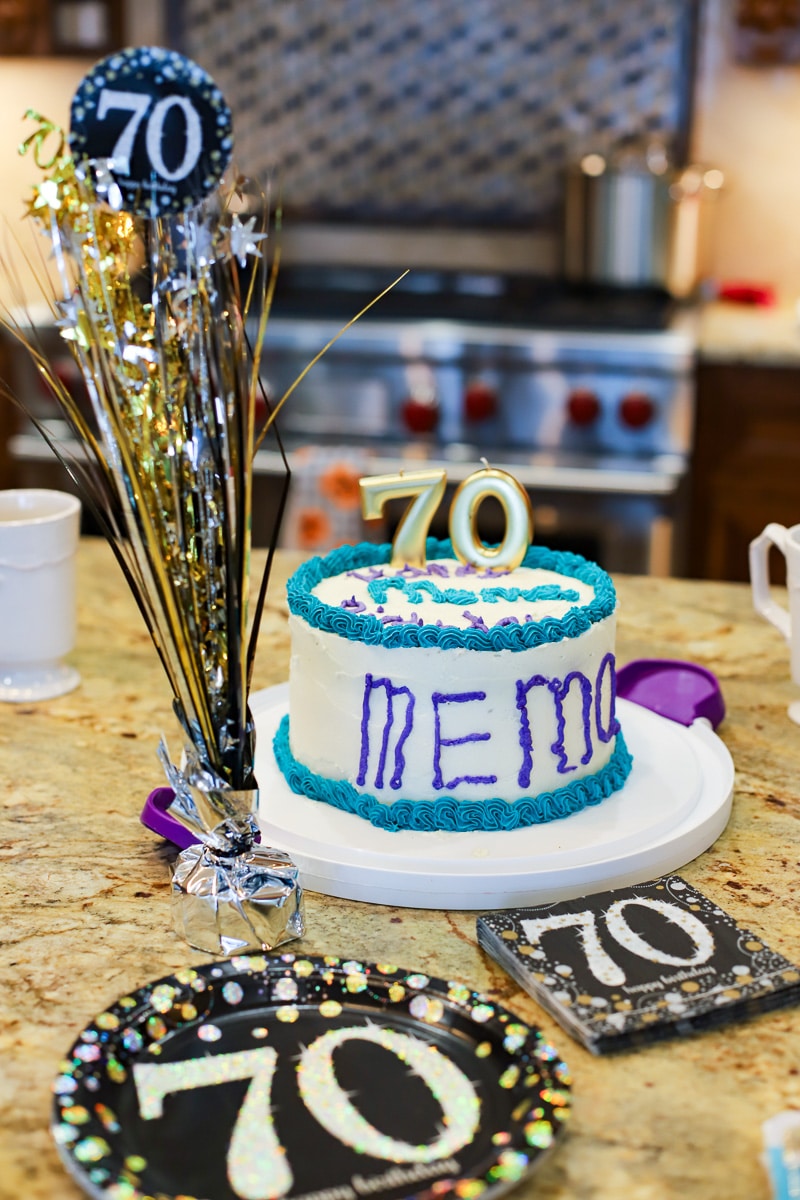 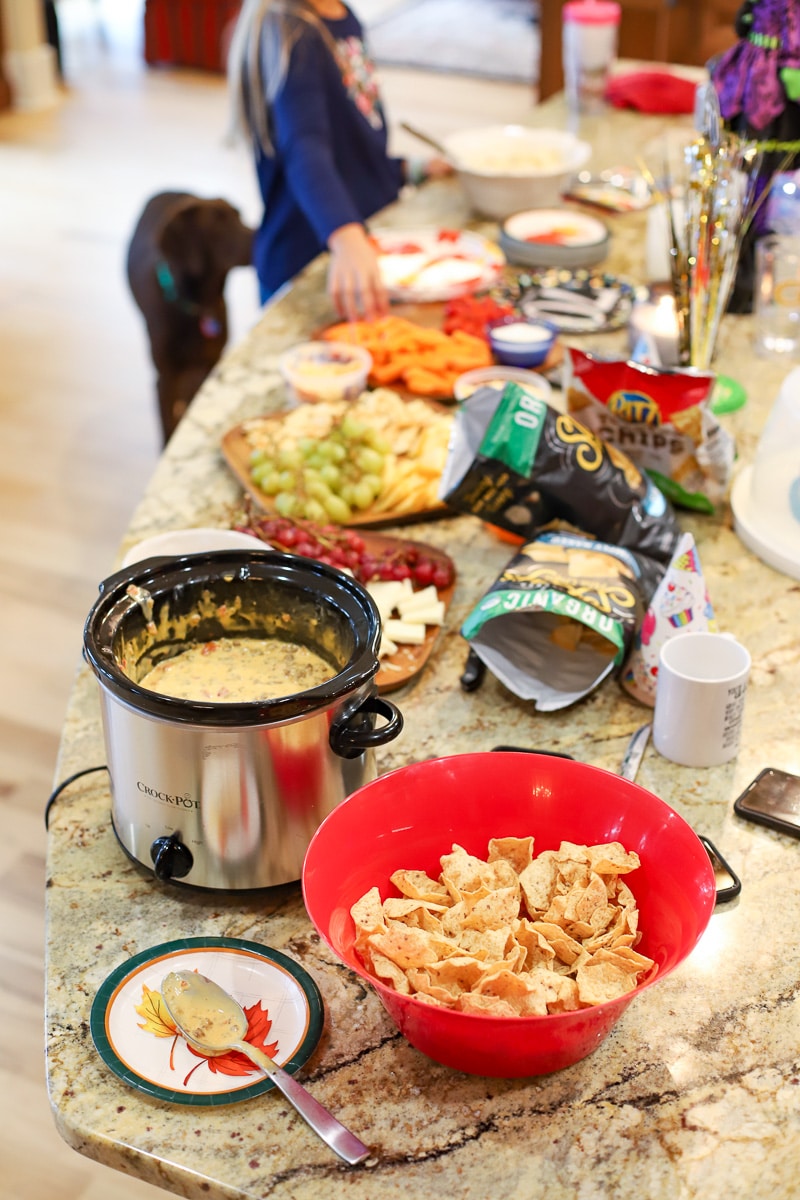 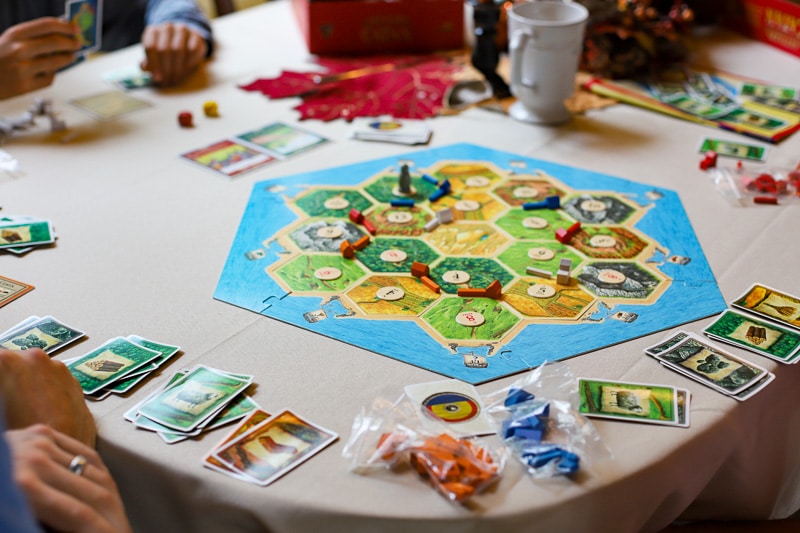 Broken record over here, but family time is just the best. Having the opportunity to catch up  on everyone’s life, letting the girls play with their cousins (who they were giddy about seeing), and celebrating Mema, a woman who does so much for those she loves, made for a really special weekend. We surprised her with a bench for outside, a place where she can sit and chat with her grand kids, whom she loves so, so much! 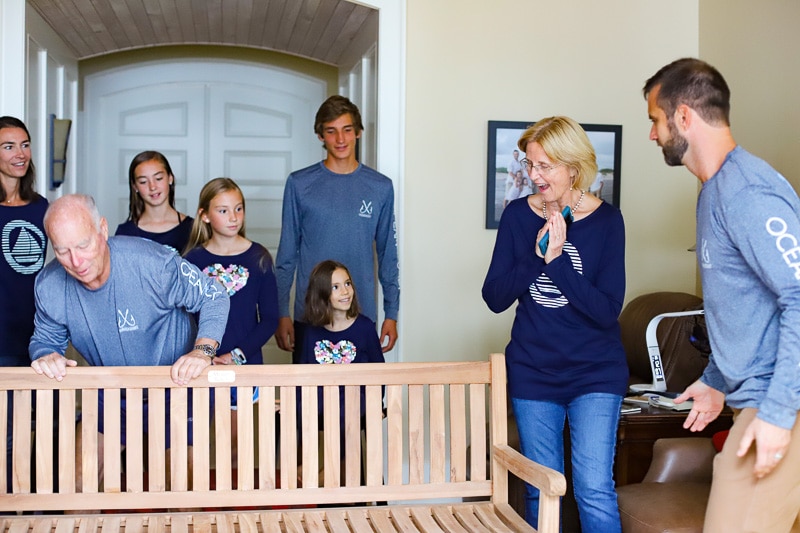 As always, it went by too quickly, and we drove back Sunday afternoon to get ready for the week. While the Jersey Shore has GTL, I have my own version of that- WFL- work out, food, laundry. And just like that, another week begins!