Good morning all! I hope this Monday has you full of fun memories from the weekend.  I had an amazingly fun weekend.  In fact, there is so much I want to share in the recap, I decided it would be best to split it into 2 posts.  So today, I want to share the first half 🙂

It really started off on Friday.  I met fellow blogger, Jessie from Don’t Forget Dessert, for lunch.  We met at Zoe’s Kitchen in Birkdale Village.  I love Birkdale… it’s one of those eat, live, play communities in between Charlotte and Mooresville. 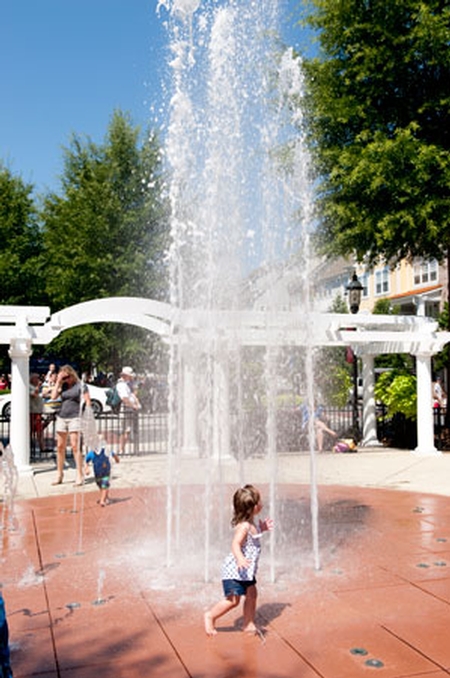 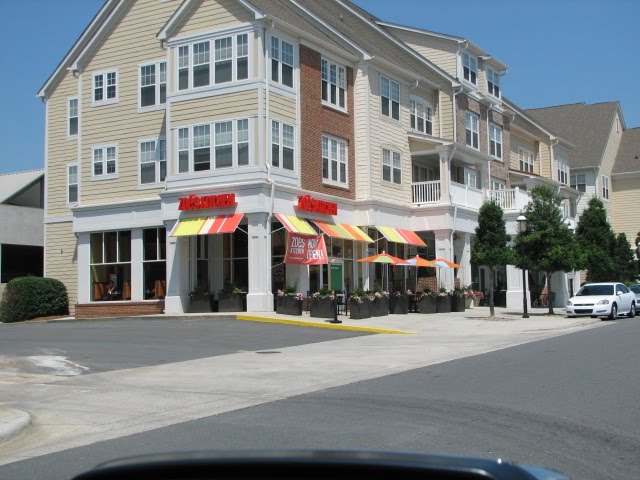 It was so much fun meeting Jessie, hearing about her childhood battle with cancer, which you can read about HERE, and just enjoying the company of a fellow blogger. Hopefully we’ll meet up again soon 🙂  It was my first time eating at Zoe’s, and I was excited.  They have food with a Mediterranean flair.  I ordered the chicken kabobs.  Good choice…! 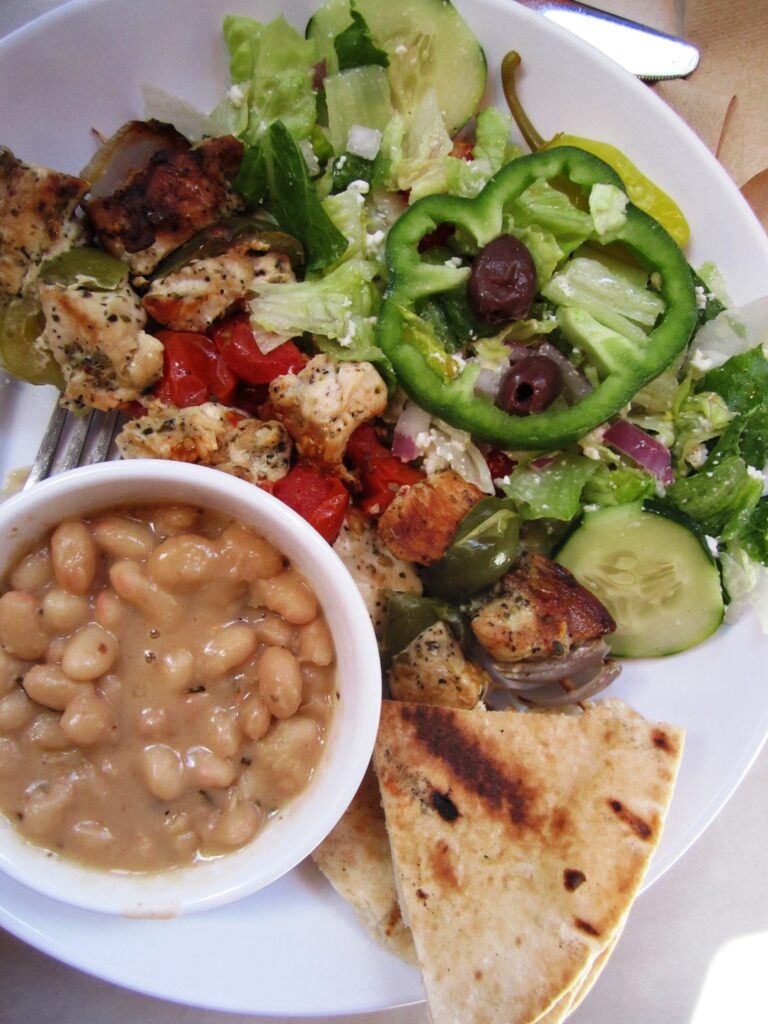 I might have been starving, but everything was delicious… especially the braised beans!  I am going to have to work on recreating those tasty legumes at home.

I guess I didn’t get my fill of Mediterranean at Zoe’s because Friday night, Hubbs & I decided to try out another Mediterranean spot we had heard of in Mooresville… 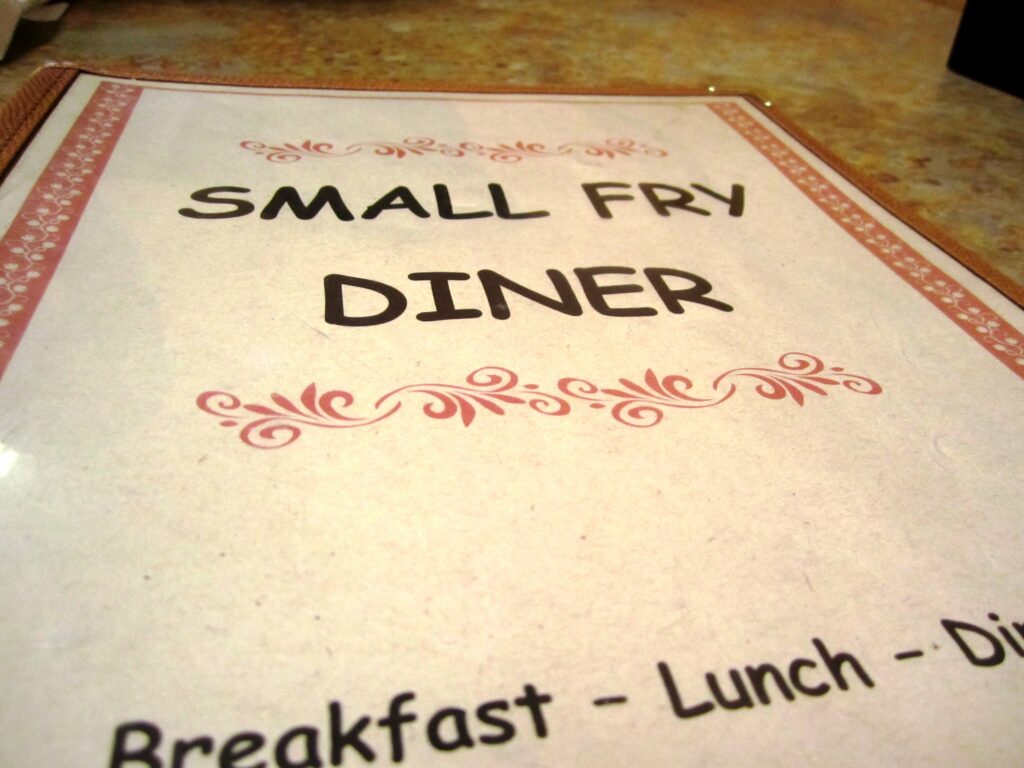 What? Doesn’t sound Mediterranean? I didn’t think so either.  But people told us it was, so we tried it.  Although they do have a Greek section of the menu, they also serve eggs, reubens, & cheese tortellini. Hubbs & I decided to go Greek.  He had the gyro and I ordered Souvlaki. 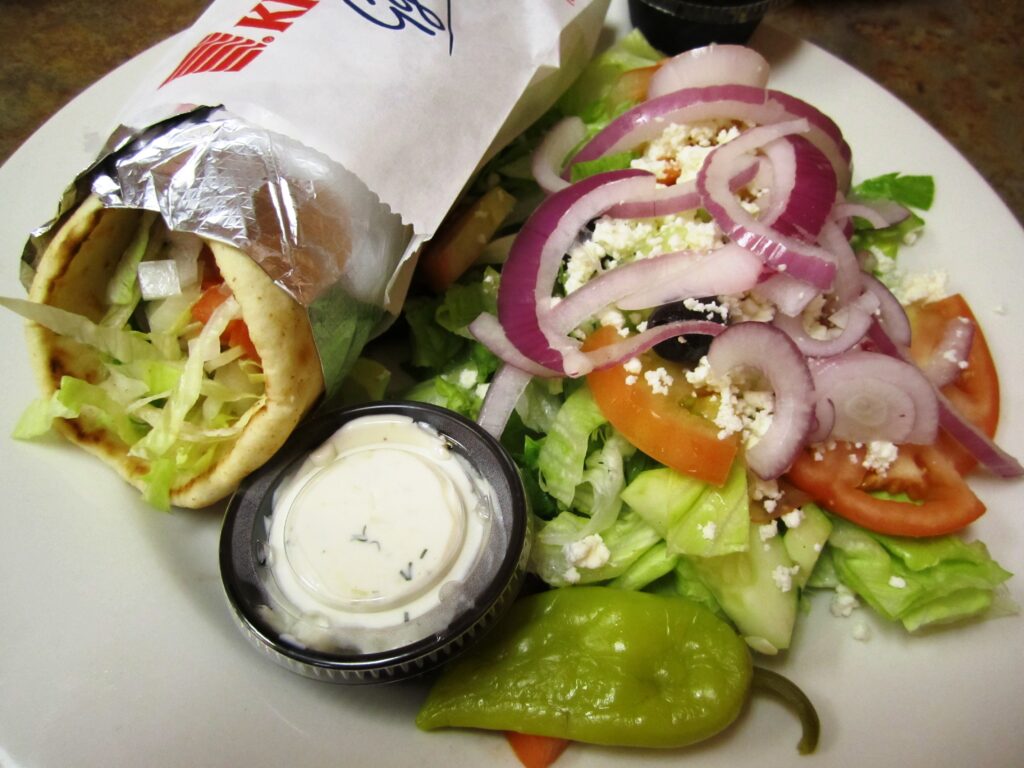 The food was actually very tasty!  However, I personally like it when restaurants specialize.  If you have incredible gyros, be a Greek restaurant! Make mouth-watering omelets?  Be a breakfast place.  I feel the places that have some of everything, end up being mediocre in all of it.

Saturday was a long day… for real.  I woke up at 2:45 am. BAM!  Just suddenly… wide awake. After forcing myself to stay in bed for almost an hour, I decided I might as well get up.  It’s so unlike me to not be able to sleep!  But I decided to be productive.  I made to-do lists, sent emails, did some work, then decided around 5am that I was in the mood to BAKE.

I rummaged around in the kitchen and in no time I had whipped up a batch of Gracie’s pumpkin muffins.  Only I added walnuts, to make them pumpkin-walnut muffins.  Mmmm!  They smelled SO good. 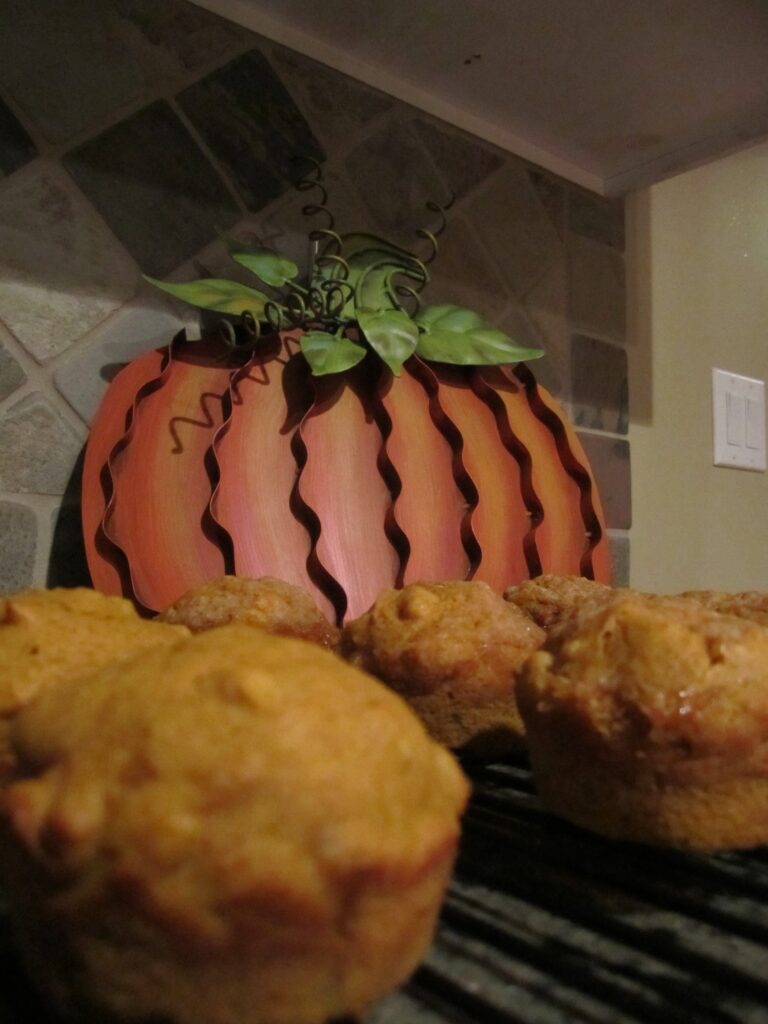 By 7am, I was ready for my faux 5k.  You see, I have a running buddy… but she lives in Washington.  Her name is Sarah.  We came across each other in the blog/twitter world and realized we were at the exact same place in our Couch to 5k training.  We decided to train the rest of the way together.  Her first 5k was this past Saturday, so I decided to “run it with her” from North Carolina.  & she’ll do the same with me for my first official 5k in October. Cool, right?

The weather at 7am felt great.  The sun was barely coming up and it was still cool out.  I grabbed my 4-legged running buddy and we were off!  I immediately hit a steady pace. My legs were feeling strong and I had a good feeling about this ‘race’.

By the time I was hitting the third mile though, I had to start pushing.  I wanted to stop… although I didn’t know why.  My legs felt fine and I was able to breathe.  No cramps… I was just ready to stop.  But I pushed… and finally… 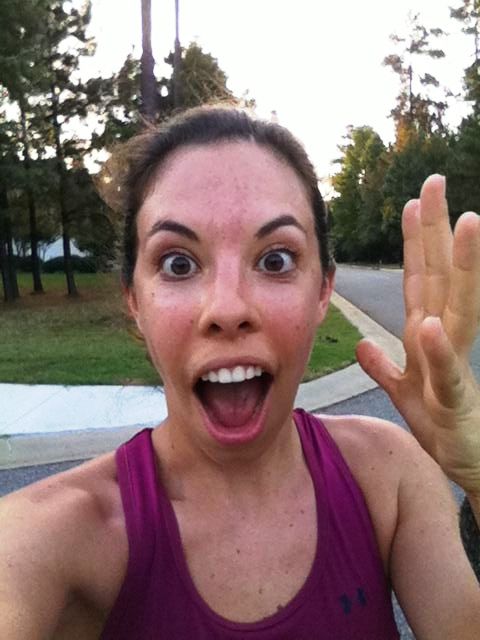 Shocked! I did it!  Immediately I high-fived Sarah… 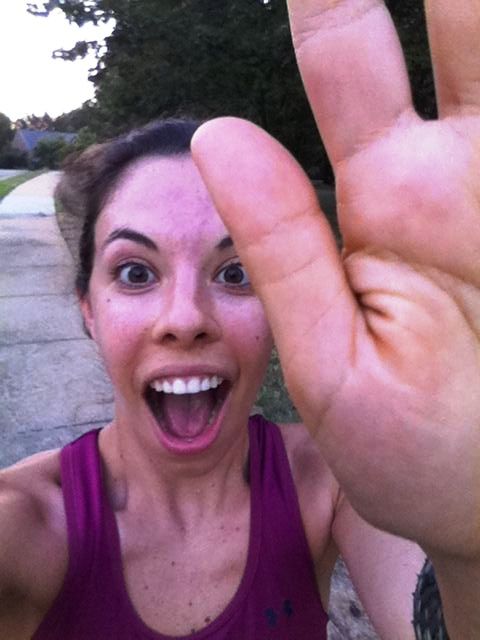 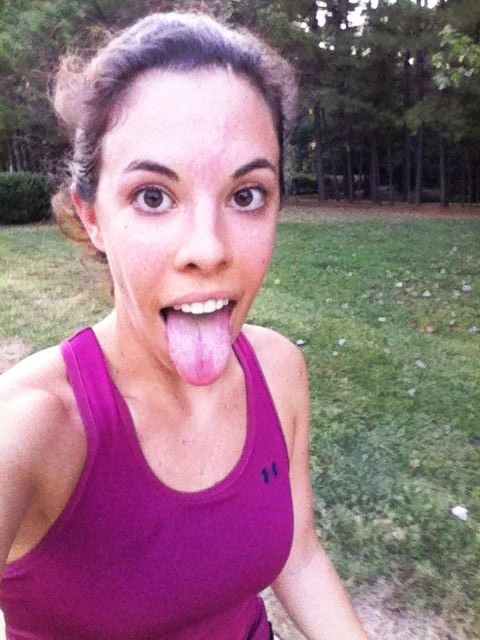 …but on a runner’s high!  (Yes, I finally felt it… a runner’s high!) I was so proud of myself!  In fact I decided to celebrate by cutting the grass.  Odd? Well, I was already sweaty, so why not?? (No worries, I definitely remembered to change shoes…).

After all that, my legs were shot.  But I decided to reward my efforts with a trip to the Davidson farmer’s market. (::cue heavenly angels singing from above::)  I love that place. 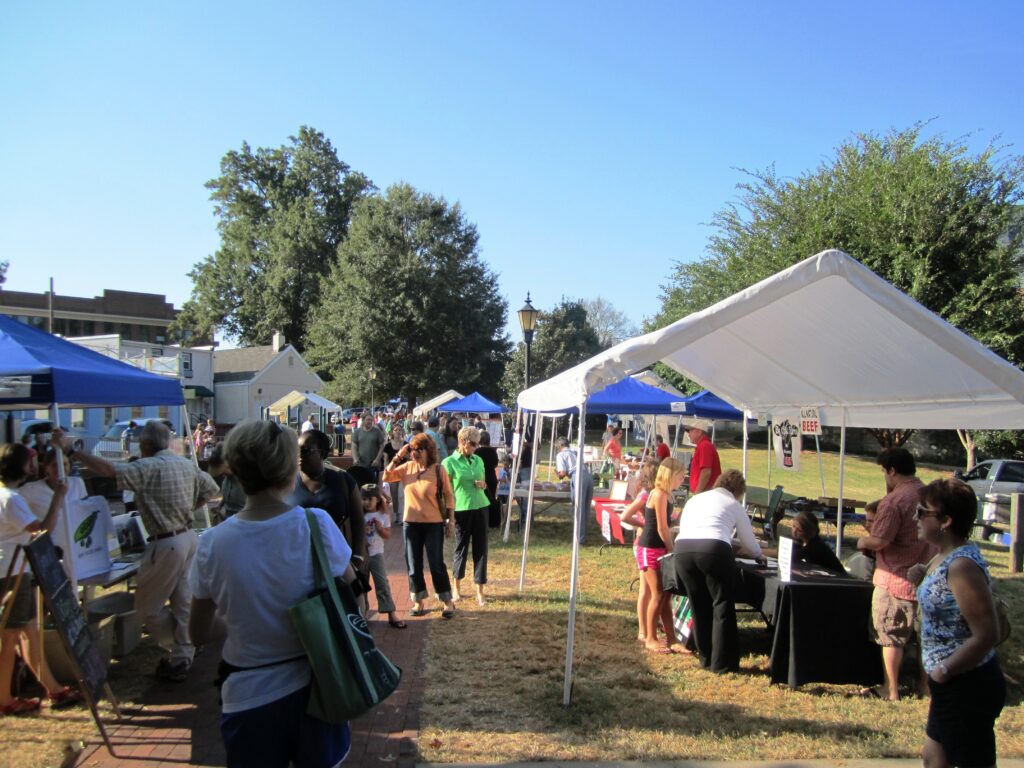 & I brought this sweet girl to enjoy it with me… 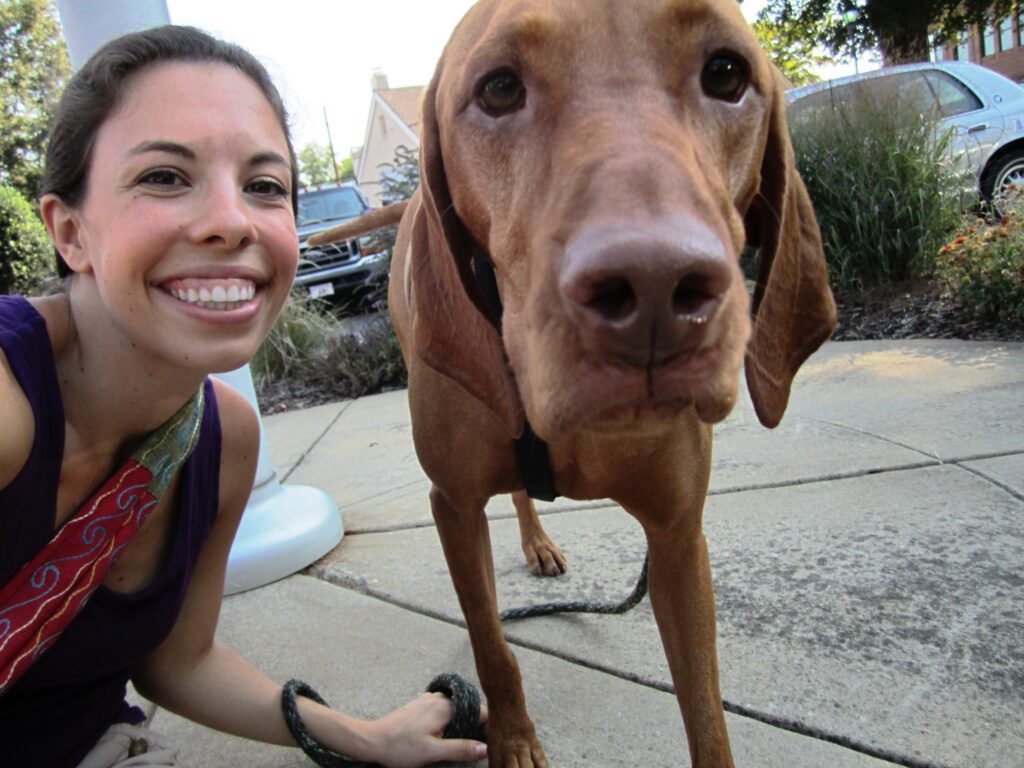 Koda had been such a sweet pup.  She got up at 3am with me, ran the 5k, played outside while I cut the grass… surely she deserved a treat for being so good.  So I let her pick out whatever she wanted.  & the bug knew exactly what she wanted…

(Sorry to all the vegetarians and vegans out there…. she is usually a peanut butter lover, but every once in a while, she loves these bones!  Thanks “Nana” for starting this love affair ;)).

We wondered around all the locally grown veggies, flowers, meats, eggs, fruits, homemade jams & freshly baked breads.  It truly is my happy place. 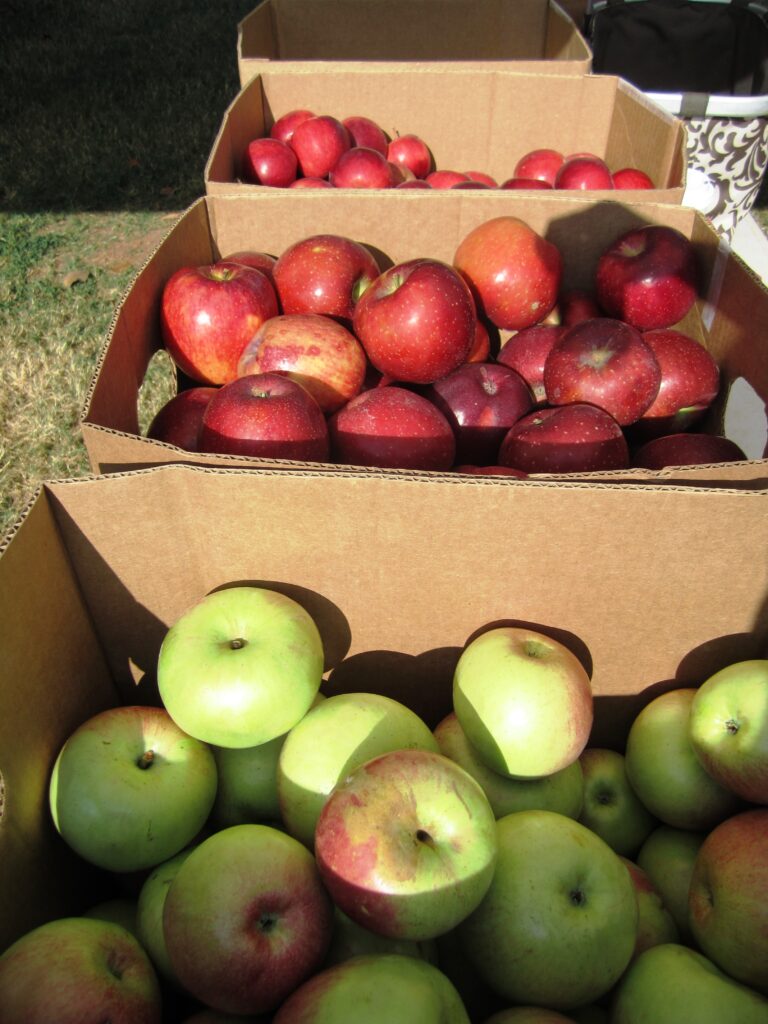 Finally we headed home with out treasures.  By then it was 11am and way past lunch time for me!  So I quickly sauteed some of the okra I picked up with a little Garlic Gold.  Then poured a little of Nannie’s hot pepper sauce of top, and dug in.  It was actually DELISH!! 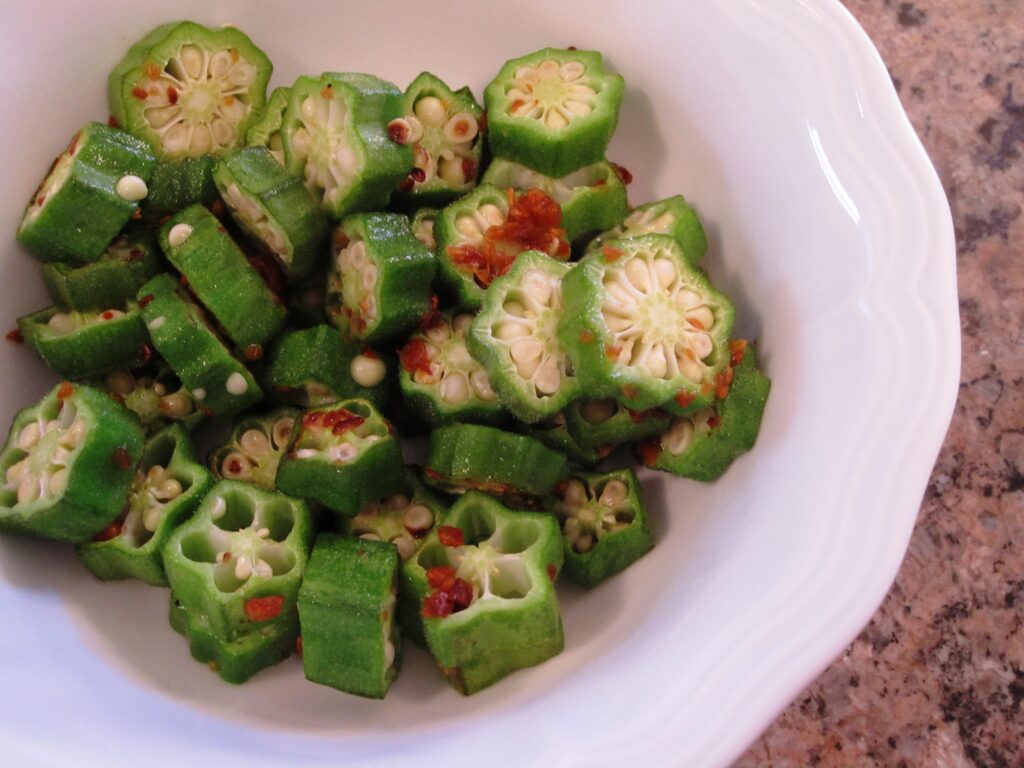 Then I went to work on whipping up some BOMB BLTs… the secret? HOMEGROWN tomatoes and freshly baked bread… 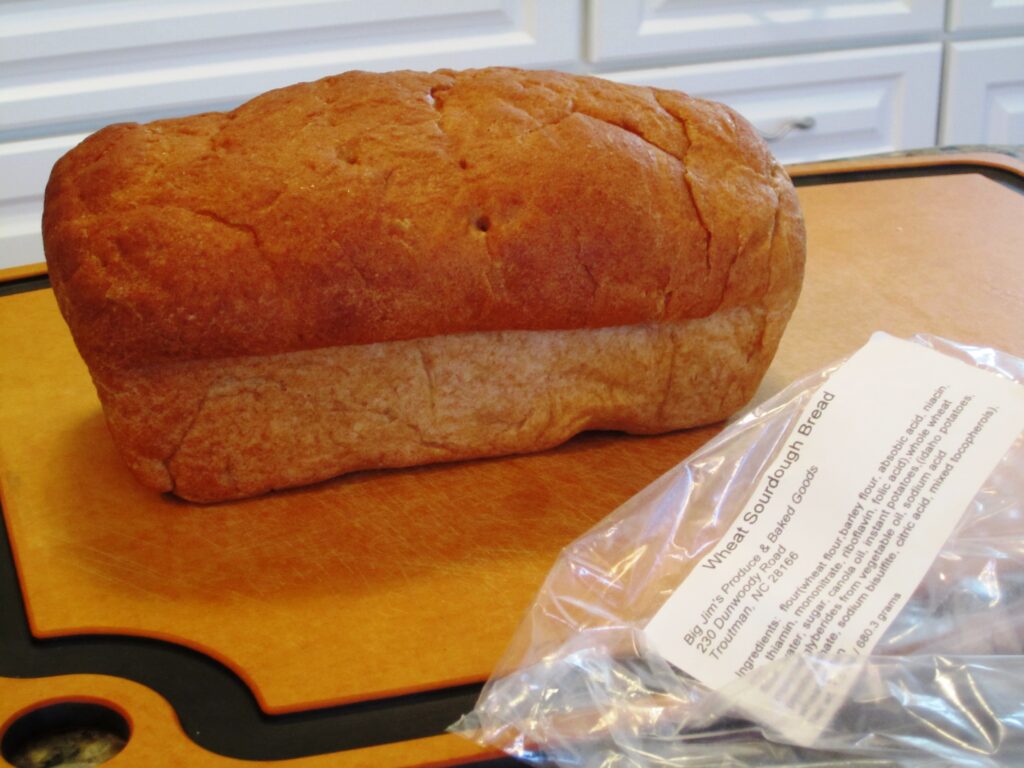 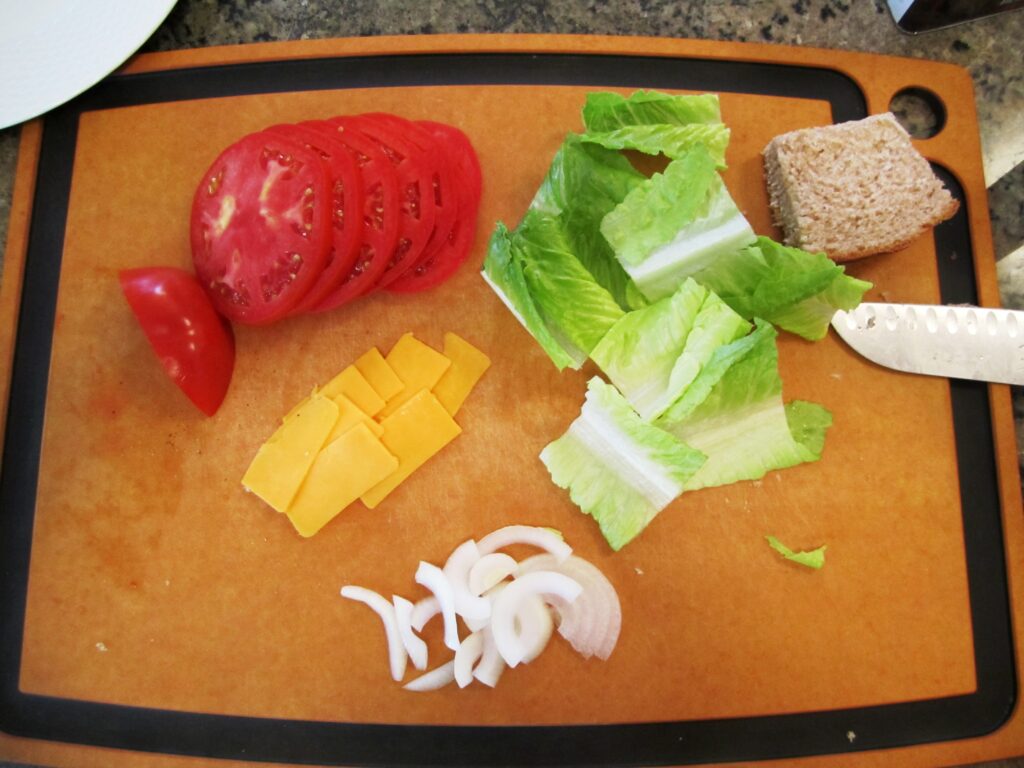 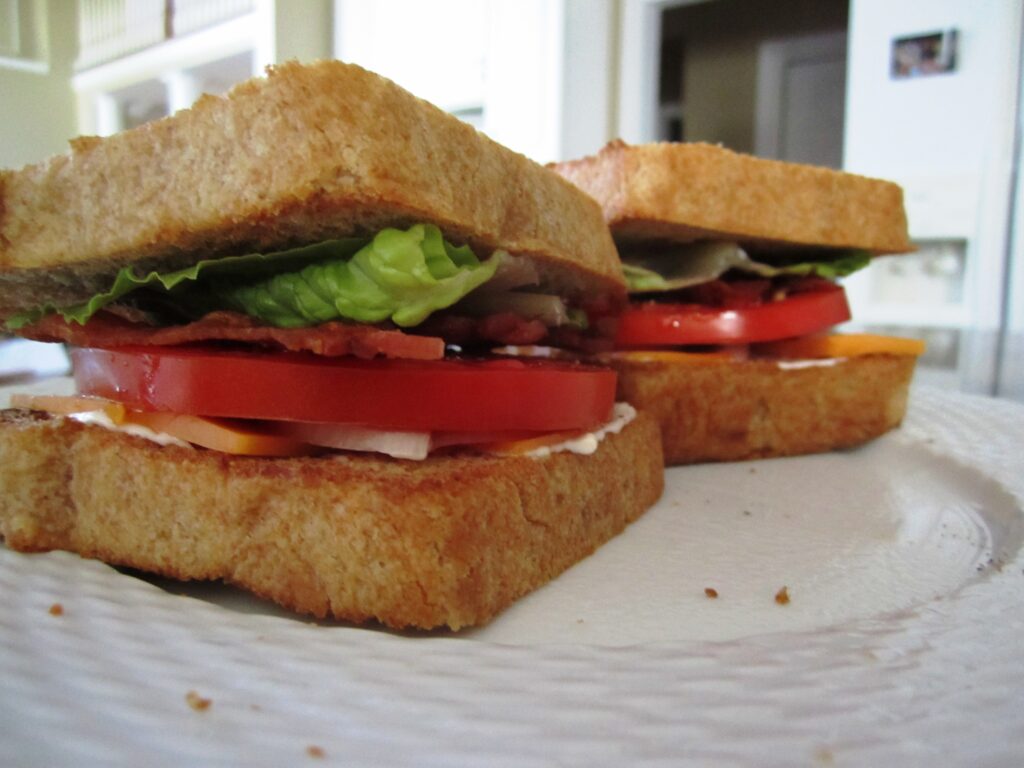 Oh boy, were these tasty!  I might even try to squeeze them in one more time before fall arrives.  After lunch, Hubbs was home from work, so we showered and got ready to head to Charlotte Oktoberfest… more on that tomorrow 😉

What was the most delicious thing you ate this past weekend?