Gooooood mornin’ bloggies! I hope you all had a wonderful, celebratory weekend.  I also hope you all wore your SPF and aren’t nursing a sunburn today :).  I sported my SPF 70 and despite 2 full days out on the lake in the sun, I am sun damage-free!  We had quite the adventurous start to the weekend on Friday…

Hubbs got called into an emergency case and instead of going to pick up the boat, he sent me instead.  I’ve never towed anything in my life, much less a 21 foot boat. AHHh!  Luckily the boat people were very nice and stopped traffic in both directions to help me pull out onto the road.  Then I drove 30mph all the way home…. and surely angered all the people behind…. oh well.  I made it home and we all put the boat in the water! WAHOO! But less than 10 minutes later, something “popped” in the engine and the boat stopped working. 🙁  So we put the engineers to work on it… 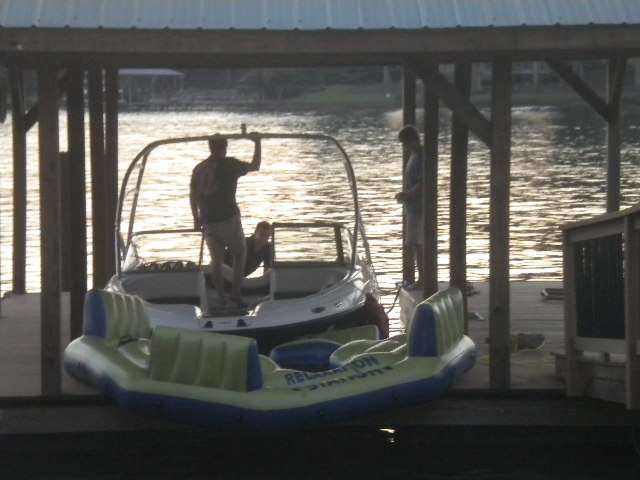 Within an hour or so, we had it running again, just in time for a sunset cruise! 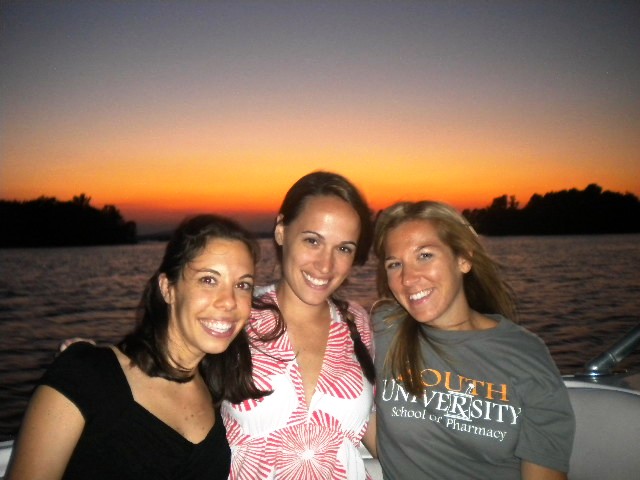 The next day we all hoped on and went cruising… we stopped at The Rusty Rudder and I enjoyed the best fish tacos I’ve had in a long time! …and a Corona Light. 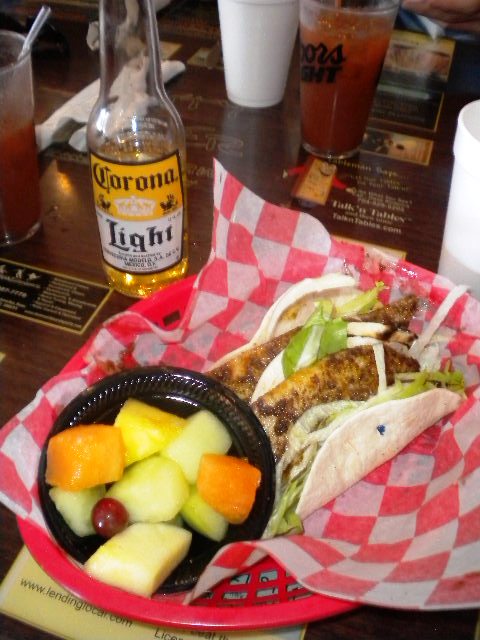 We boated some more… then ran aground.  All the guys in the water to push us to safety! 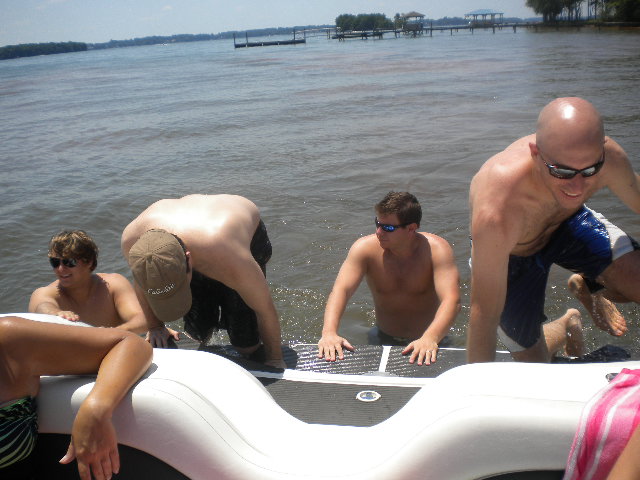 Then we all hopped off! 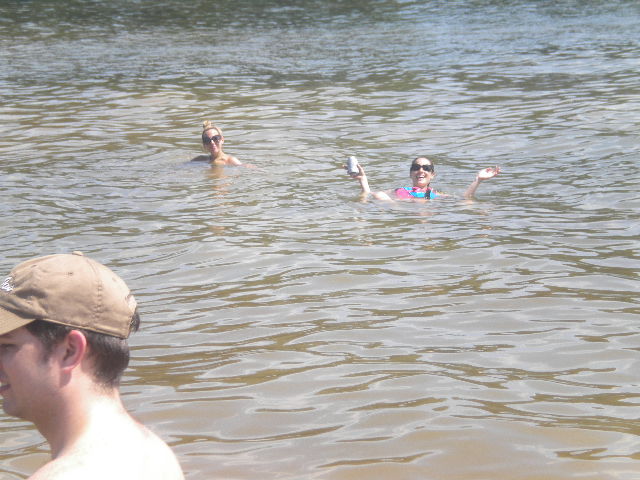 …except for K-Dizzle… she hasn’t gotten the courage to jump yet.  She just walks in from the shore. 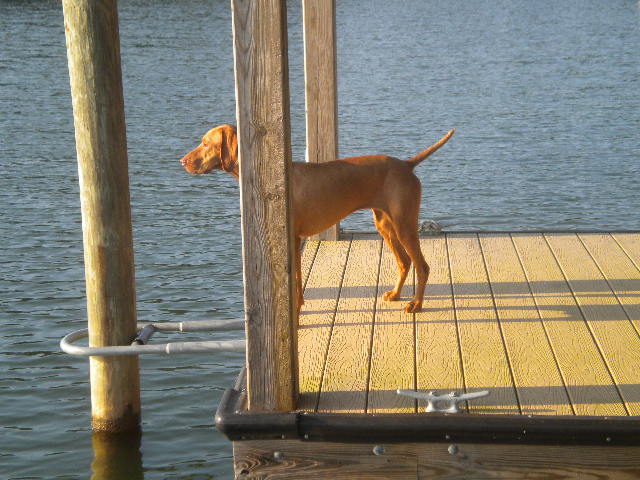 After cooking out burgers and delicious black bean burgers, it was time to head back out for fireworks with one happy boat captain! 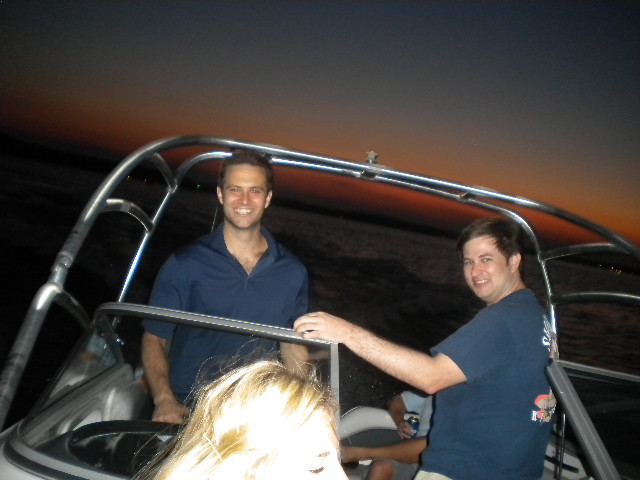 I didn’t take as many pictures as I intended to… so some things that went unpictured were Buffalo Chicken Dip, Purple Monsters, Buffalo Chicken Wraps, sweet potato fries and a decent number of Bud Lights 😉  I ended the weekend with some delicious shrimp! 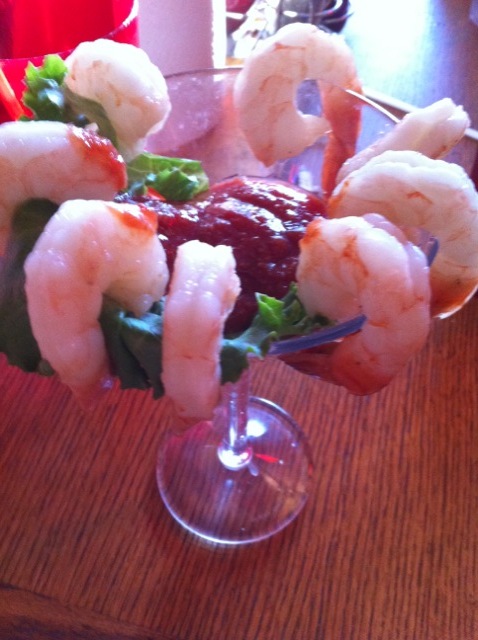 and crashed into bed on the early side, since I was still exhausted from staying up until 3:00am Saturday night playing cornhole and an intense game of Catch Phrase!

All in all, a very successful July 4th!!

This morning Hubbs and I had breakfast together on the back porch… it has been somewhat cool in the mornings and feels unbelievably refreshing.  My breakfast was 1/2 a Thomas Bagel and cream cheese 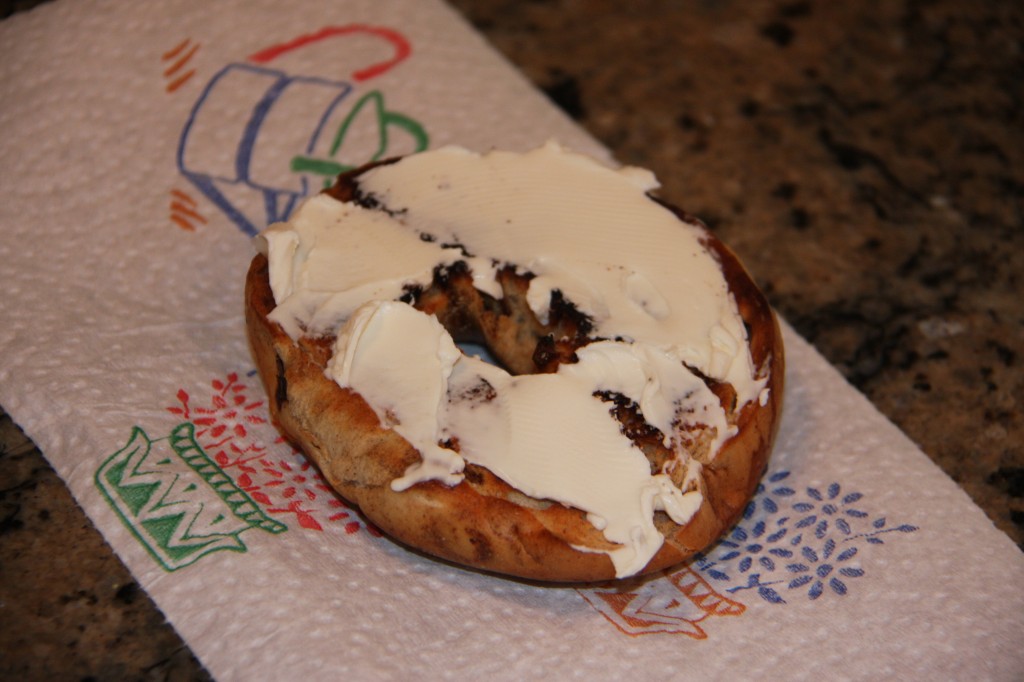 A little atypical, but until i hit up the grocery, I’ll be using up weekend leftovers 🙂 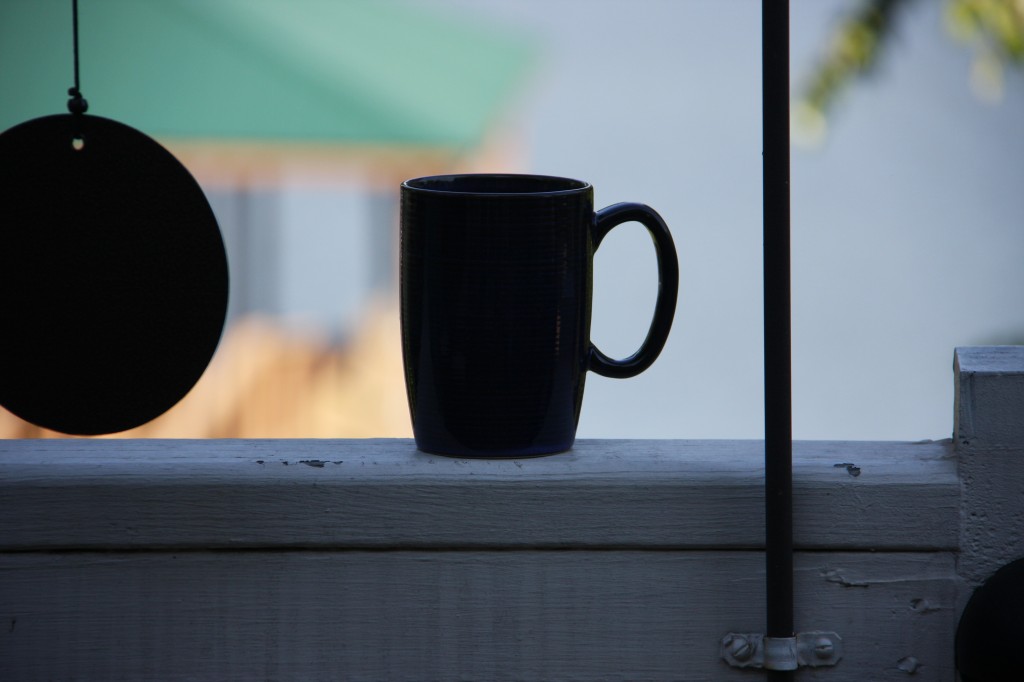 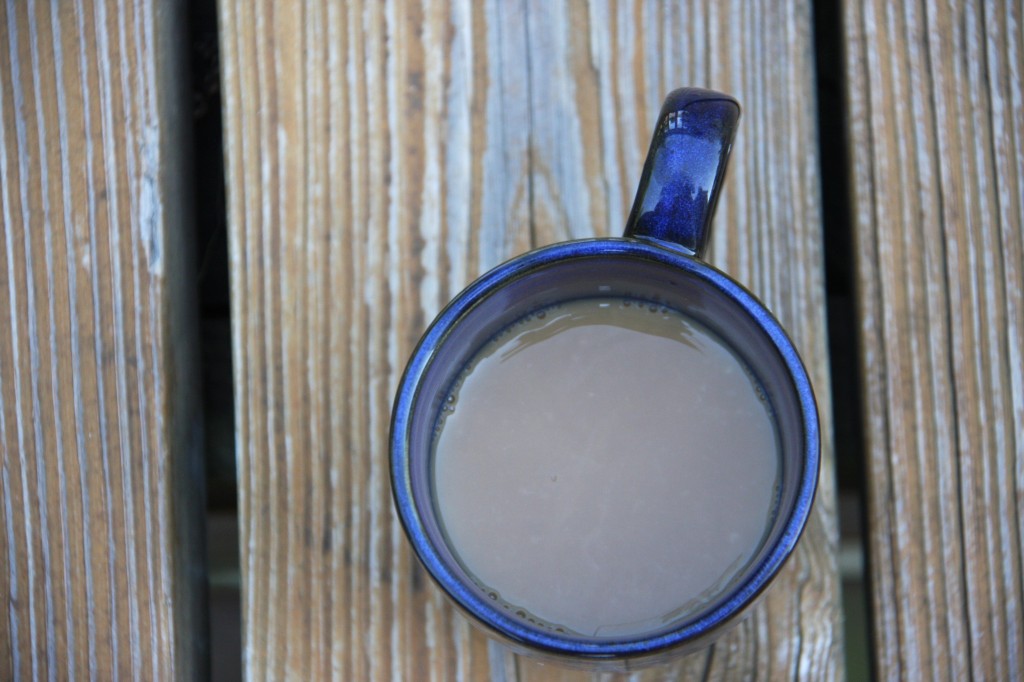 What was your favorite part of your 4th of July weekend?

Mine was probably finally having a boat, seeing Hubbs so excited about it, and getting to spend quality time with wonderful friends! Ok, so I guess I have quite a few favorites 😉 Oh, and those awesome FISH TACOS!

I was thrilled when I opened the fridge earlier and realized Alexis left her homemade hummus.  I’m not sure if she thought “wow, I know Brittany would reallllly love to eat the rest of my delicious creation” or simply forgot, but either way, I was excited. 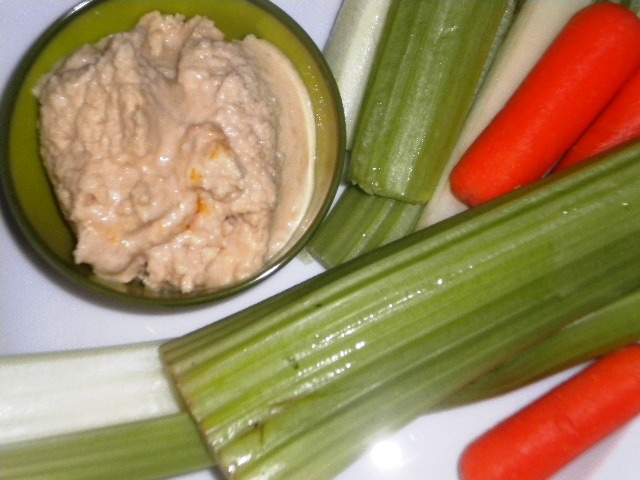 So creamy! Thanks A-lex 🙂  I also snacked on the other half on this morning’s bagel with a schmear of PB&Co Cinnamon Raison P.nut butter.  Tasted like dessert! 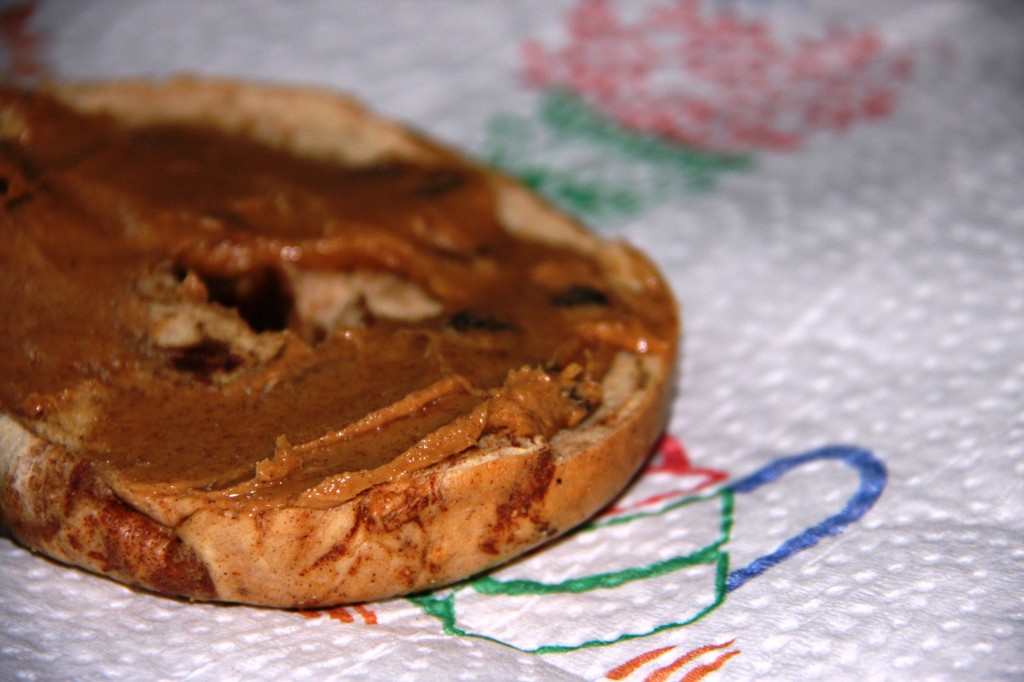 Later I hit up the grocery store’s sushi bar (haha) and ate a brown rice Cali roll while I did my shopping.  I always get a few odd looks as I walk around with chop sticks eating sushi… 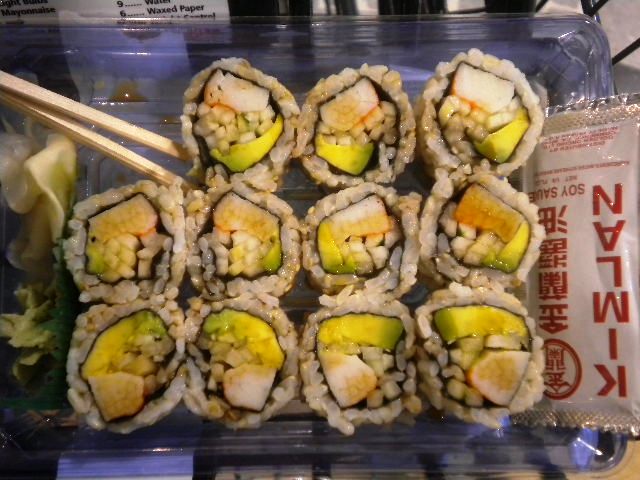 Next year I’m going to try and plant a large garden and grow a lot more of my own produce.  My bell peppers haven’t had much success this year, but my herbs, cherry tomatoes and serrano peppers are doing GREAT: 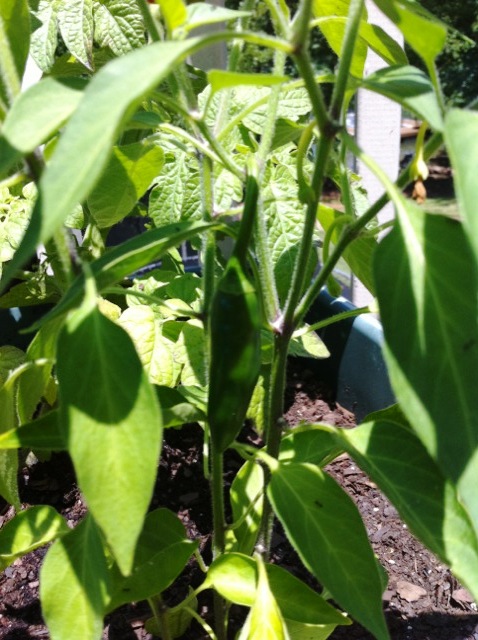 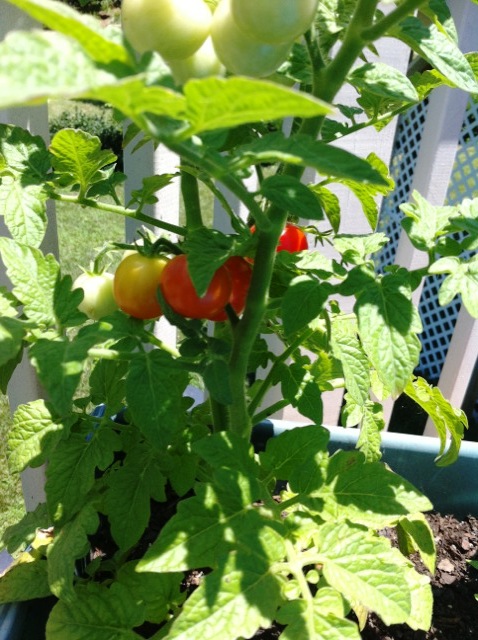 Ever since one of my friends ordered a BBQ Chicken Pizza at one of our lunch spots this weekend, it’s been on my “must eat soon” list.  I decided to give a homemade version a go!  I found a whole wheat pizza dough recipe from Jessica that looked simple enough for an aspiring (but still learning) cook like me to try.

On her suggestion regarding hungry husbands, I decided to make 2 pizzas!  Soon enough, my dough balls were ready! 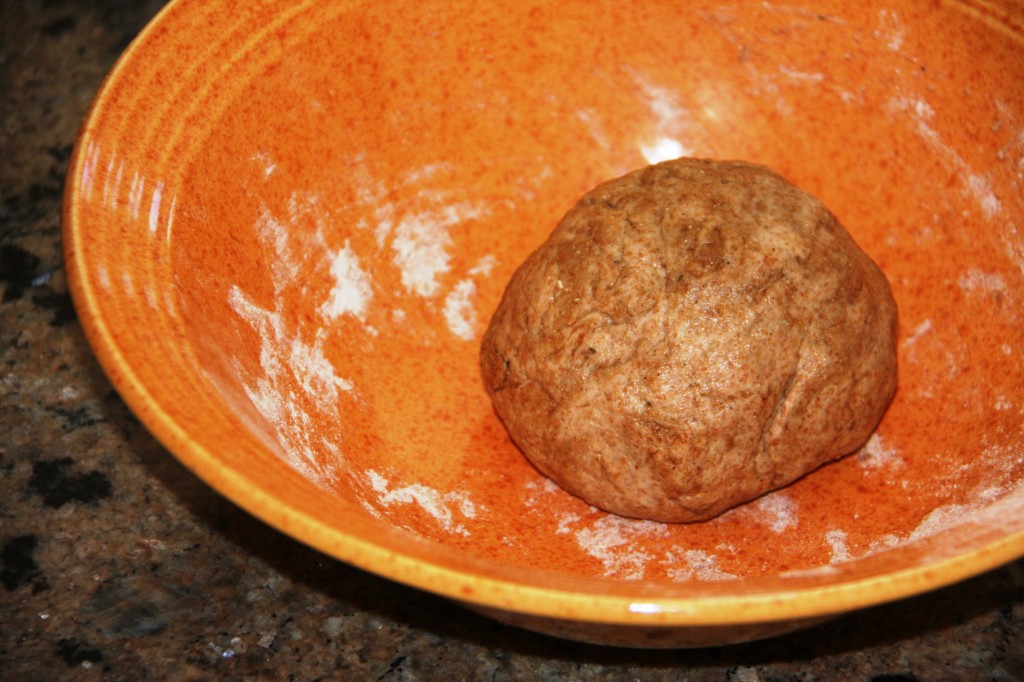 Then I covered them and left them to rise: 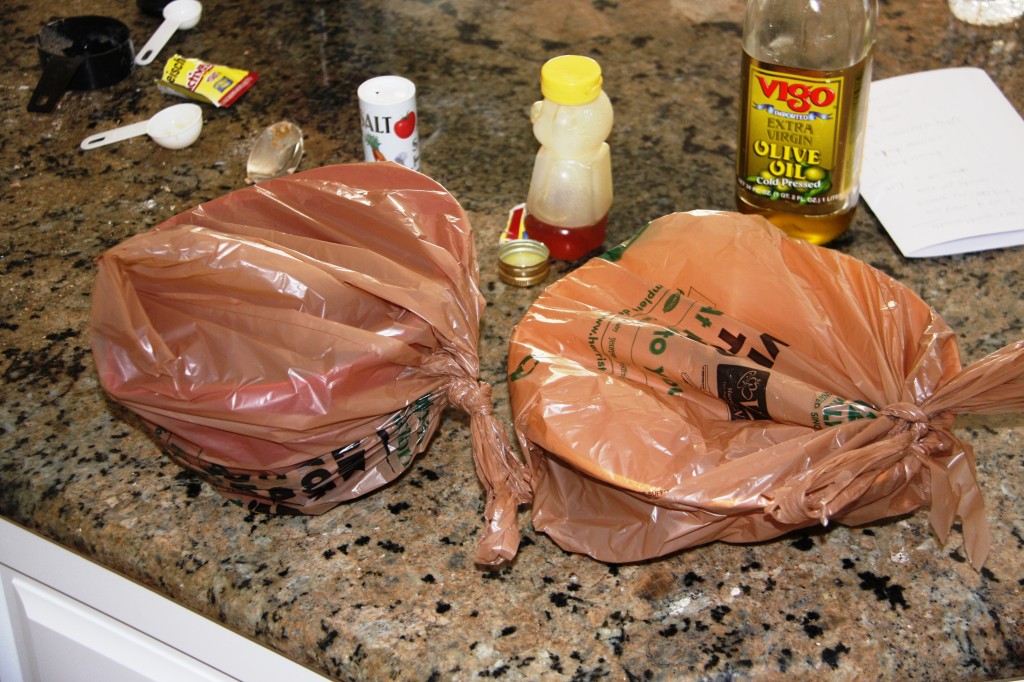 As I chopped veggies for the summer salad, I snacked on a few with more of Alexis’s hummus! 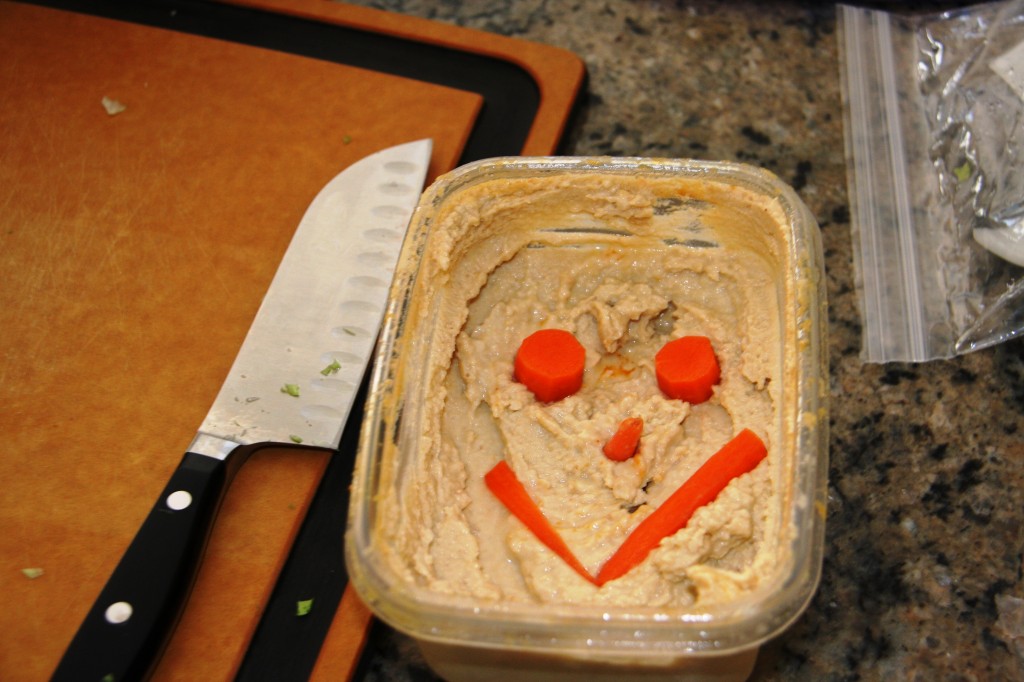 Luckily I left a few veggies for the salad! 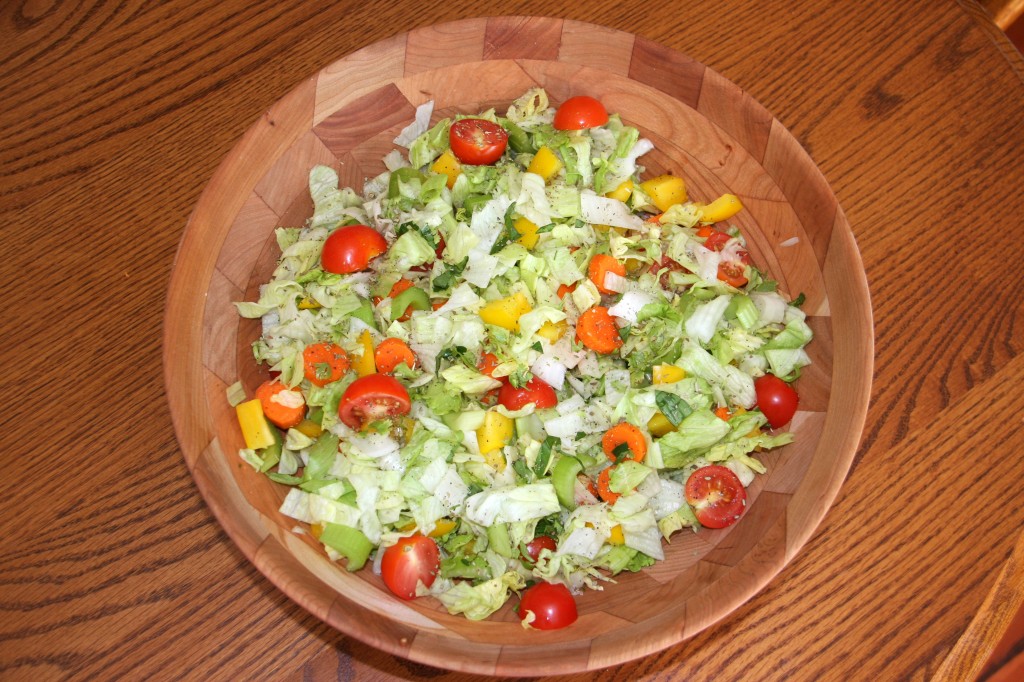 Don’t you just love wooden salad bowls?  Before I knew it, it was time to roll the dough… and roll I did. 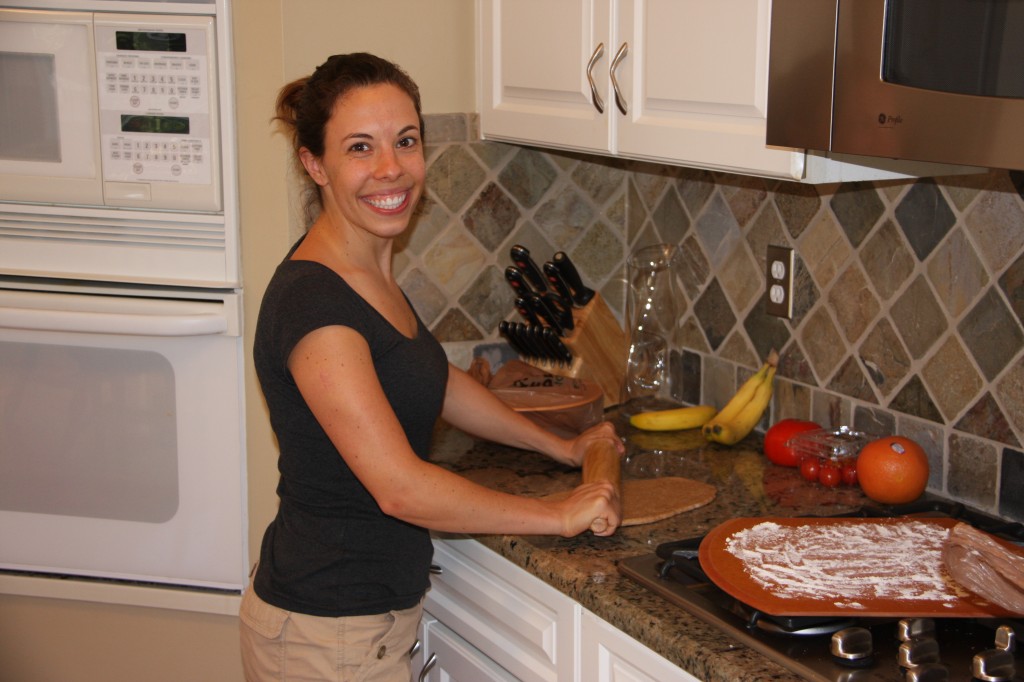 Then topped ’em off with grilled chicken (fresh of the grill, courtesy of Hubbs), red onions, BBQ sauce, and fresh mozzeralla! 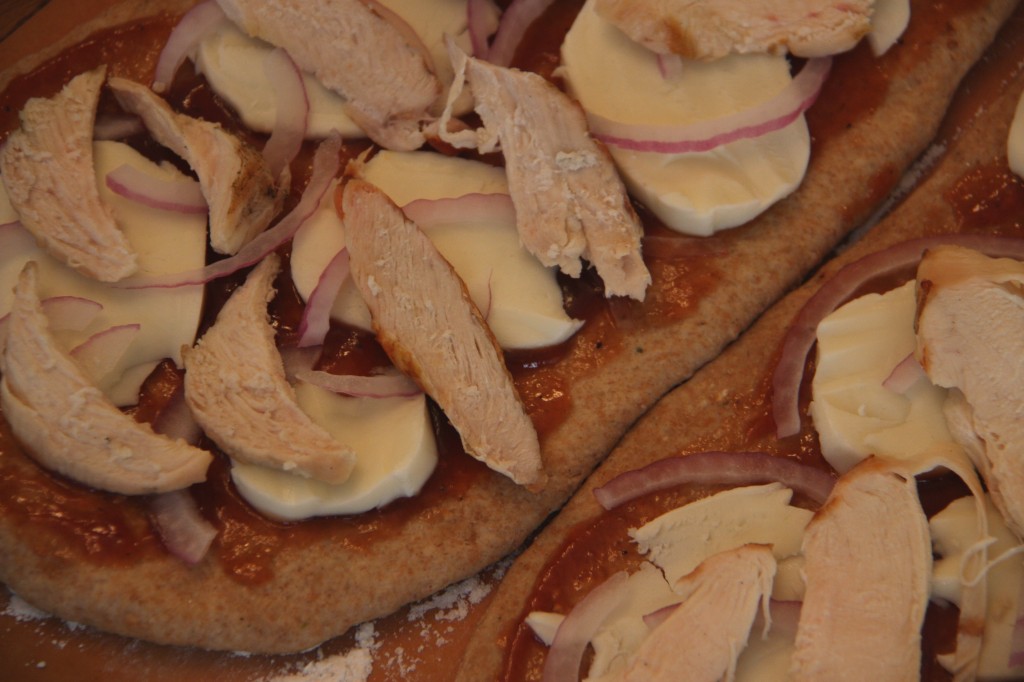 While it baked, we dined on our first “course”… AKA salad. Drizzled with a bit of Newman’s. 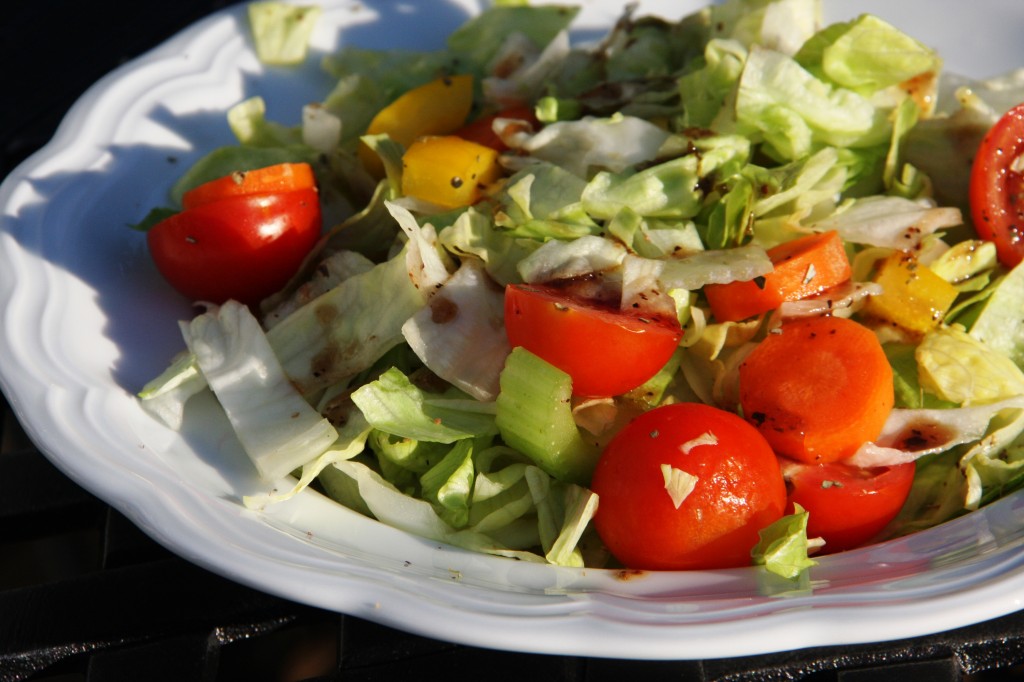 20 minutes later, the pizza was bubbly and ready to eat! 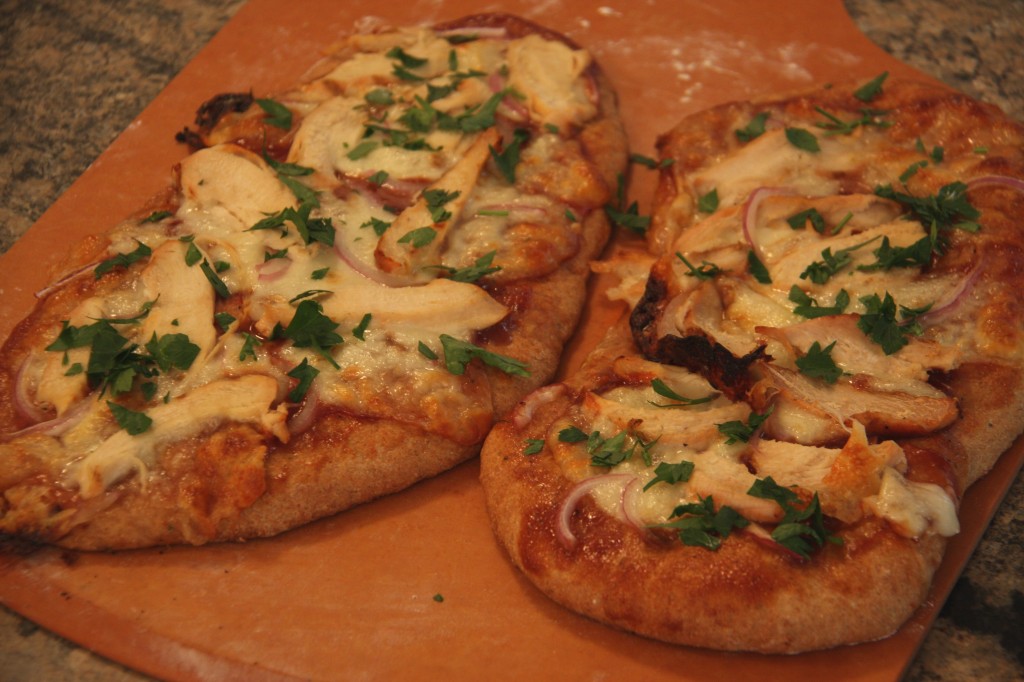 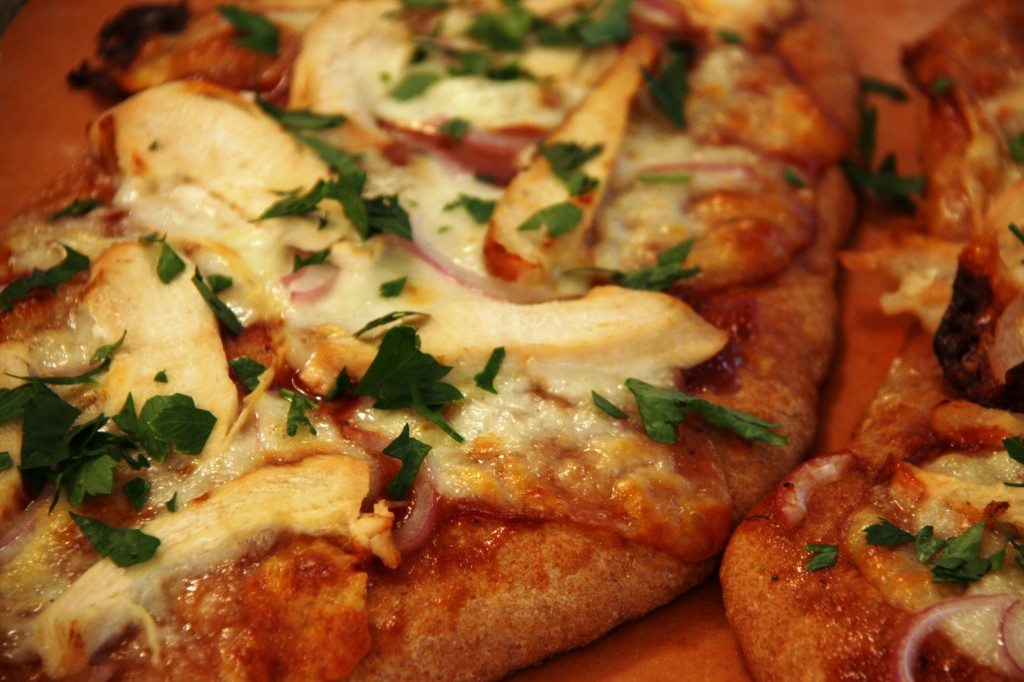 It sure does look pretty, doesn’t it? And it was really filling! I ate a little less than 1/2 of one of the pizzas and am stuffed.  I thought the flavor was robust and nipped my craving in the bud! But, it’s always important to get the Hubbs’ opinion too…  the man verdict? Great flavor, but the crust tasted a little too… healthy? 😉  It was made with all whole wheat flour.  He definitely didn’t mind it, and actually prefers to eat healthy most of the time.  So, in short… it was a success!

Although I slept like a rock last night, I still feel like I’m a little “behind” in the sleep department.  I’ll be hittin’ the hay a little earlier tonight most likely! 🙂