Last week was full of obstacles, including difficulty properly expressing my views (evidently), trouble with fighting my natural tendencies to grab dinner out on a Friday night and trouble trying to eat to my definition of healthy within the budgetary constraints.

We ended up spending a total of $84.52 last week. This included all breakfasts, lunches, dinners and snacks for all of us. I know I got a lot of feedback that $100 a week was going to be cake, but there was no cake over here- it was freaking tough, required planning and prep work and I’m so proud of us for sticking with it.

Last night I spent some time discussing the week with David. I couldn’t figure out why I found it so tough when so many people said it would be so easy. He concluded that my definition of healthy may be a bit skewed. Por ejemplo: healthy eating to me includes as many veggies as possible, lean protein, whole grains and very few processed carbs. Therefore I didn’t see spaghetti and sauce as a super healthy meal, while he assured me that most people would consider that perfectly healthy. (I had to sneak in some frozen veggies) 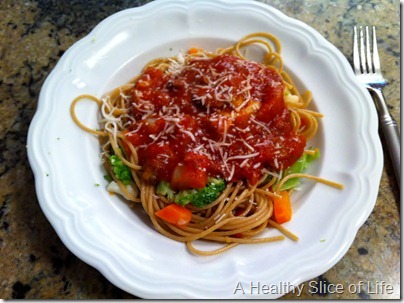 He also speculated that the challenge was probably actually easier for us because we aren’t picky eaters. Some combos we ate might have had the average American saying absolutely not. 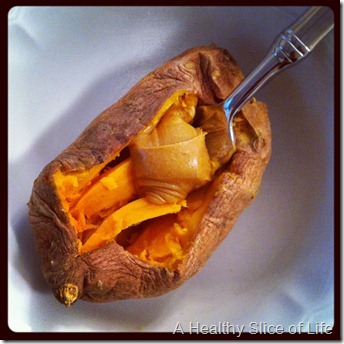 The only one who didn’t notice much of a change was Hailey. She ate sweet potatoes, peas, bananas, broccoli and a little Greek yogurt. 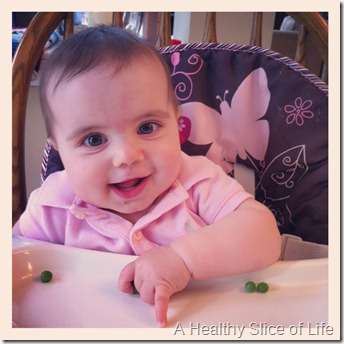 Frozen peas have become my new baby staple. It’s so easy to just pour a few out in front of Hailey and let her go to town.

I don’t know how we could have made it through the week without bread or pasta. Gluten-free on a budget would be tough!  (at least for me). We had pasta 2 nights and lots of sandwiches (pb&j and grilled cheese) for snacks. I paid close attention to how far our food would stretch, especially when we felt we got gypped. 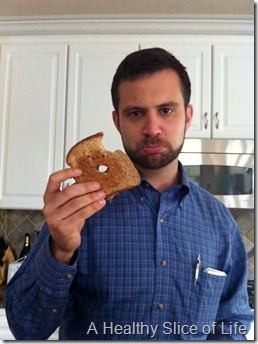 Yup, that hole went through half the loaf. Not cool.

Although cooking with canned tomato juice worked well for dishes that required canned tomatoes, trying to cook an egg without cooking spray or butter quickly turned into a hot mess. Then, there were spices.  Or actually, there weren’t any spices. Since I didn’t use anything I already had on hand, we ate a few bland meals (until I splurged on the Pace- totally worth it!)

I also realized quickly how much I miss my leafy greens. I’ve become accustomed to adding spinach into almost all my meals and some sort of green at every meal I can. One night I picked arugula off my plant on the porch (it needed to be picked and I was not going to waste it). 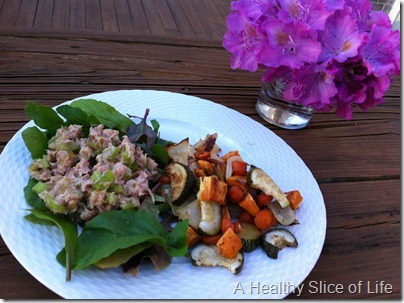 Wow- what a difference! The spicy greens made this tuna salad delicious. I’m now on a mission to grow more of my own greens. They’re cheaper than store bought and must be loaded with more nutrition, since they only have to travel 10 feet from “farm” to fork.

This was the hardest challenge I’ve conquered; much more difficult than being a pescatarian for 40 days. I’m ready to move on from the challenge, but will keep using some of the tips I learned: buying a whole chicken, buying plain Greek yogurt for dual use, throwing carrots in when roasting veggies (cheap and tasty!) and keeping frozen veggies on hand for Hailey and to add extra veggies to our meals.

I think produce would have been easier to add in if I could have utilized the farmers market. We also probably would have been able to stretch a dollar even further if I could have planned a month at a time, rather than a week because I’d have some things left over (like now I have extra salt, pepper, flour, tomato sauce, tomato paste, carrots and celery that I could have continued to use into the next week without buying more).

David was such a trooper to stick with it. I feel like I owe him something special for being such a good sport. Anyone know where I can find a bouquet of these? 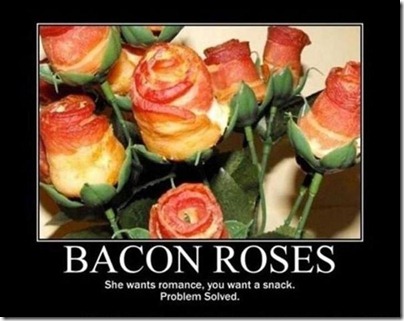 So those of you that said $100 a week is easy, and those that are great at being on a budget, help me out…

What is your go-to budget-friendly healthy meal?