It’s been a while since I’ve shown a recipe. I’ve still been cooking a lot, it’s just been easier to cook without taking pictures

But I had to show this one.

As you know, I’m falling in love with my pressure cooker. I’ve used it to make rice in beans and record time, but a lot of you asked what else was possible to create with it and if it was actually useful or just another appliance.

Well, here’s an example of why it’s great. 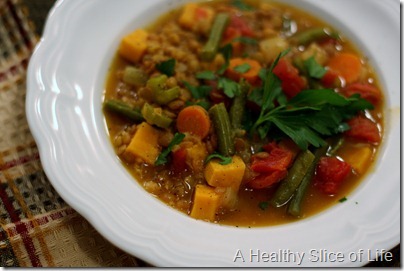 This isn’t my recipe. It’s straight from Eat Live Run. However, Jenna’s version is made in a slow cooker and turned out fairly mushy (her words, not mine), though she says it was delicious mush! When I decided that this would be fun to try for dinner, it was after I got home from the gym (side note: 4.5 miles- wahoo!) around 5:00 and using a slow cooker wasn’t an option.  So I whipped out the pressure cooker instead. 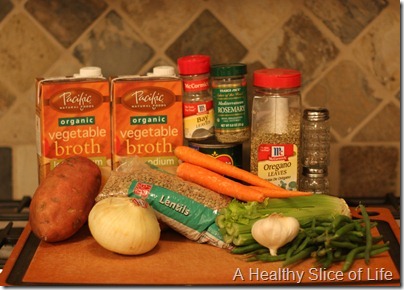 To prepare, I first chopped all the veggies. 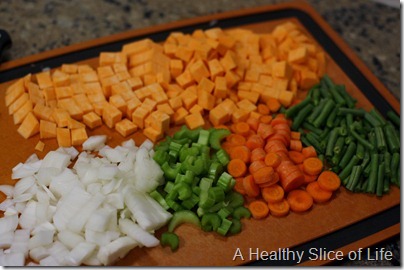 Then turned the pressure cooker on sauté. I love that there are other options besides high and low pressure, and the sauté option heats up FAST. Love. 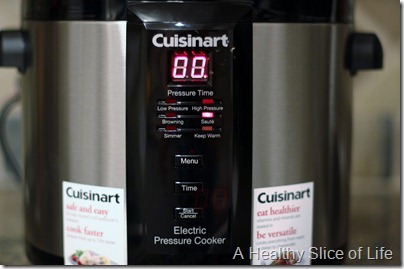 In went the garlic and onions, until they were soft. 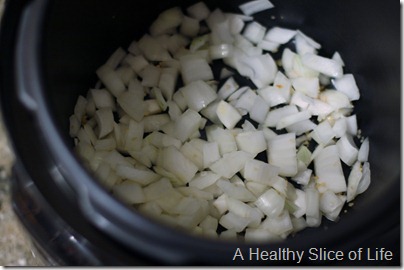 Followed by the rest of the veggies. 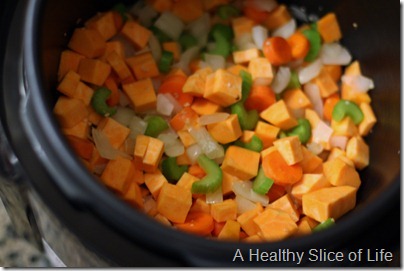 I also sautéed them for a couple minutes before adding all the spices, broth, tomatoes and dried (unsoaked) lentils.

By the way, I’ve been loving lentils recently.  I think they are tasty little things, plus they are so good for you. They are high in fiber, folate and magnesium. They are also high in protein (the 3rd highest level of protein of all plant foods), and loaded with iron (which is great for people that don’t eat a lot of red meat). 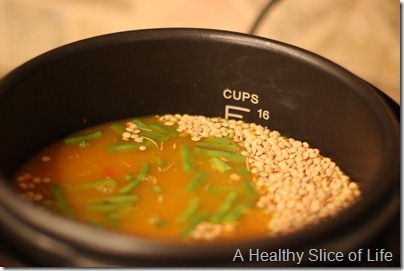 I closed it and set it to high pressure for 9 minutes.  Then I let let it release its pressure naturally for 10 minutes before I switched to quick release. I opened it up and was delighted that the lentils were fully cooked and the veggies were soft, but not mushy! 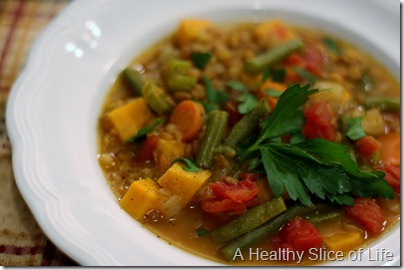 The texture was spot on-perfection. The flavor? Lacking slightly. I think next time I will experiment with adding in some cayenne, or maybe cumin or chili pepper. I just added a few splashes of Texas Pete and dug in. YUM!

So basically my pressure cooker was able to take a 10 hour dish and make it better in only 20 minutes… which is pretty awesome. Especially when my sweet baby decides that she’s had enough of sitting in the kitchen and watching me cook. 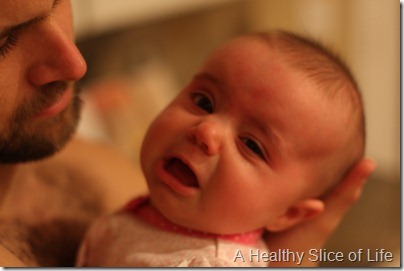 She’ll love me for all these pictures one day… haha

But seriously, this stoup (stew/soup) was pretty awesome and if you have a pressure cooker, I highly recommend keeping this recipe on file for a quick and super healthy dinner!

Out of curiosity, do you own a pressure cooker?