Yesterday started out innocently enough with a cool(er than usual) morning that required coffee (decaf, of course). 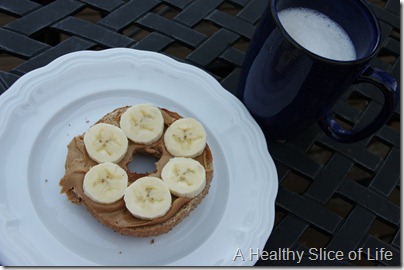 I also ate half a Thomas’ whole wheat bagel with a couple globs of peanut butter with a banana. An entire banana was consumed despite what the picture might suggest.

I should have stopped the day here, but no such luck.

Because from there I discovered a disaster happening in the pantry which required me to empty the whole dang thing out. 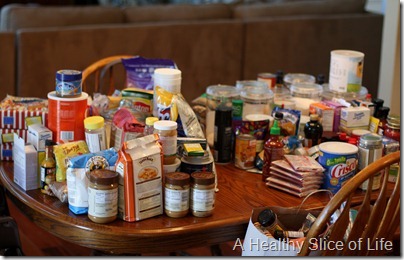 Oh, and throw away the entire left pile on the left. Details later.

This caused me to lose track of time, so Hailey missed her morning nap. 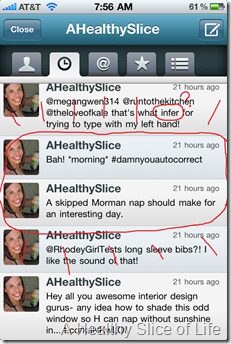 This all snowballed into a missed workout, followed by an almost missed lunch. Almost. 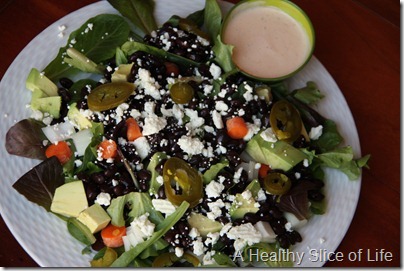 Had to get in my greens for 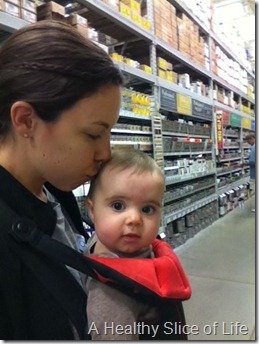 The afternoon flew by, resulting in a half-assed nap from the munchkin, scrubbing down walls for me and a missed walk with a friend. 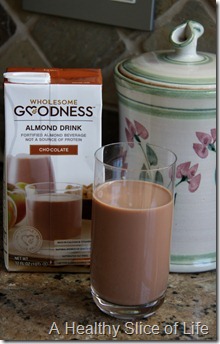 But then it was 6:00 and I had to cancel another planned date with friends. Sigh. David arrived home, I was starving and didn’t have the slightest desire to cook. Luckily, he’s not too difficult to persuade when it comes to 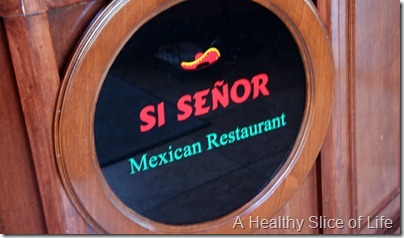 We ordered the shrimp fajitas (no rice, double beans with a side of lettuce). Side of lettuce? Because I skip the tortillas in favor of a mini salad. 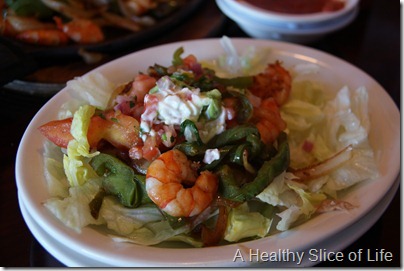 No worries, I managed to eat my body weight in chips and salsa to make up for the lettuce. 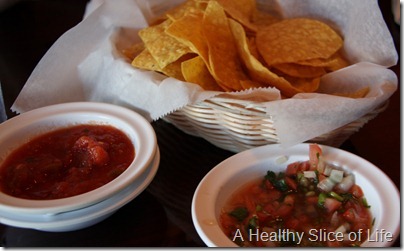 Another trip to Lowe’s, then home. Followed by ANOTHER trip to Lowe’s because I’m awesome at project planning like that. Then after 3 Hershey’s dark chocolate kisses (unpictured because I’d given up on the day by that point) and a 2 minute wall squat (because I was challenged on twitter, duh), it was time for bed.

…after watching a Twilight Zone of course, because David is still trying to win me over with those. I’m not sold.

And that. Was my day.

Mexican solves all my woes.

What can always brighten your day?