When I was pregnant with Hailey I had cravings. Most memorable are popcorn with Texas Pete, pepperoncinis, cottage cheese, Olive Garden salads (which I’m not sure I ever got to satisfy) and occasional handfuls of chocolate chips. I remember being confused about the cravings. Was I just using pregnancy as an excuse to eat whatever I wanted? Or did I really need them?

Being that I‘m not a person that usually has strong cravings, the sensation was new and strange. Afterwards, I found it hilarious that my body truly begged for certain foods, so I promised myself that I’d embrace the cravings on my next go ‘round.

I actually ate more healthy and wholesome foods this first trimester than I could stomach with Hailey, but it doesn’t mean some crazy cravings didn’t sneak their way in.

It’s so hard to explain how a first trimester craving feels, but for me, they came on fast and furious. I could be sitting there, not even hungry, them WHAM, out of nowhere I felt a desperate need for French Onion dip. Like I said, it’s very strange.

Salads! I remember not wanting to touch greens with Hailey, but I seriously craved salads this time. Of course, I preferred the lazy route of not making them myself and became hooked on several local selections.

We have a spot called Field of Greens that is a custom salad place. I’d always get romaine, tomatoes, green peppers, feta and pepperocinis with the Greek dressing. Eventually the lady knew my order as soon as I walked in the door. I’d get it to-go and sit in my car outside and eat it, enjoying the few minutes of peaceful quiet. 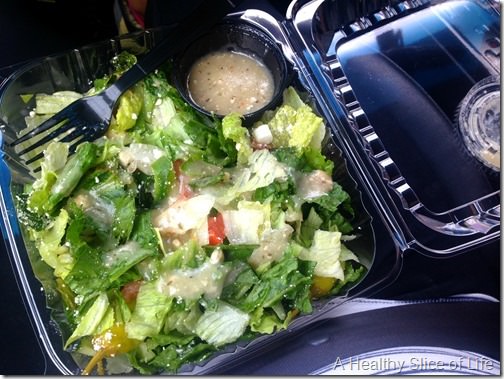 Brooklyn Boys pizza never sounded good to me, but their Greek salads did! I’d call and order one to pick up and get a confused, wait, is that all? on the other end of the line. 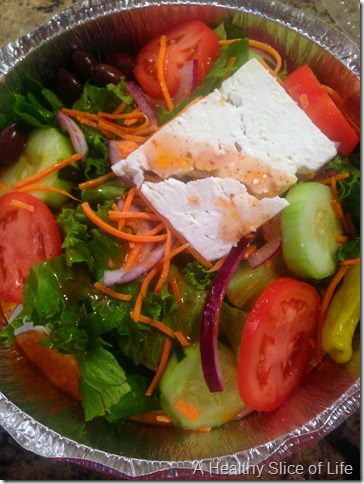 In the epitome of laziness, I ended up buying several salads from Fresh Market just to keep in my fridge. It was an expensive habit, but my motto was just to survive those tough first trimester days. That’s what savings accounts are for, right?? 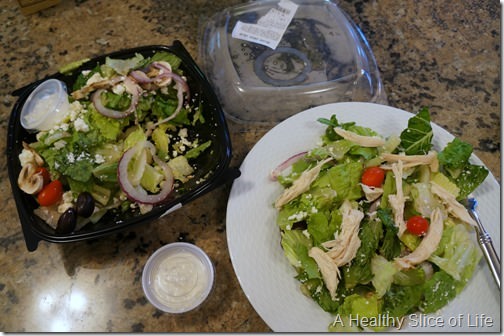 And some days I’d actually give in and make my own. 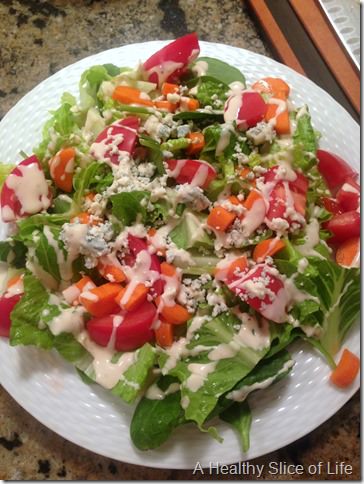 I’d get random BBQ cravings. One day I gobbled up Brunswick stew and another I stopped at Carolina Ribs on the Run for a pulled pork sandwich and mashed potatoes. Hit. The. Spot. 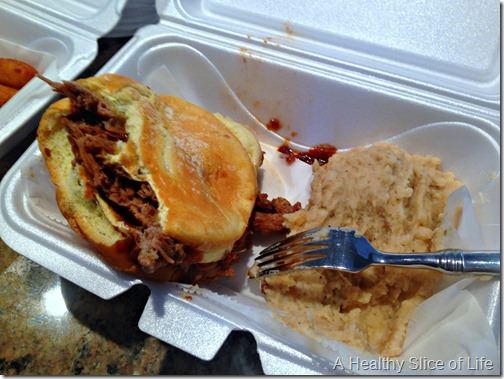 One of the funniest cravings I had was for Chick-fil-A chicken biscuits. I couldn’t tell you the last time I had one before pregnancy, but I probably ate 6-7 during the first trimester. I’d grab one and a orange juice and it would make my morning happy. Salty+ sweet+ heaven. 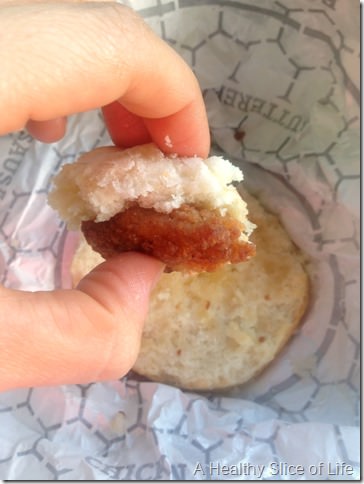 This craving came out of left field. I think I let myself get too hungry and suddenly needed spinach and artichoke dip. I picked it up curb-side from Chilis, downed it in the car, then immediately threw it all up. Oops. I guess I ate too much and it sat too heavy on my sensitive stomach. 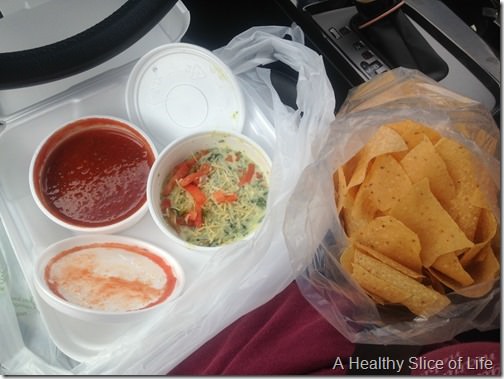 In my defense, it only happened once. You see, baby just needed salt. There was nothing else around. Eh, screw it. They were delicious. Eating McDonalds once every 5 can’t hurt too much right? 😉 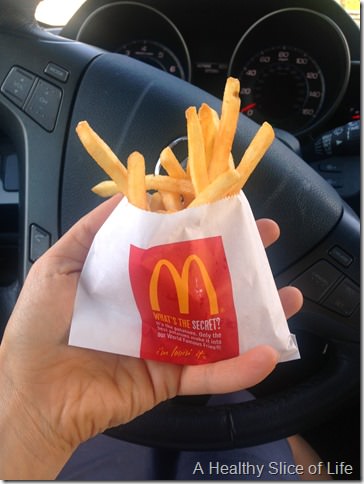 Do you normally have cravings? For what?

If you’ve been pregnant, what was your strangest craving?

Thanks Jenn for hosting WIAW!