Our weekend started out on a delicious note. 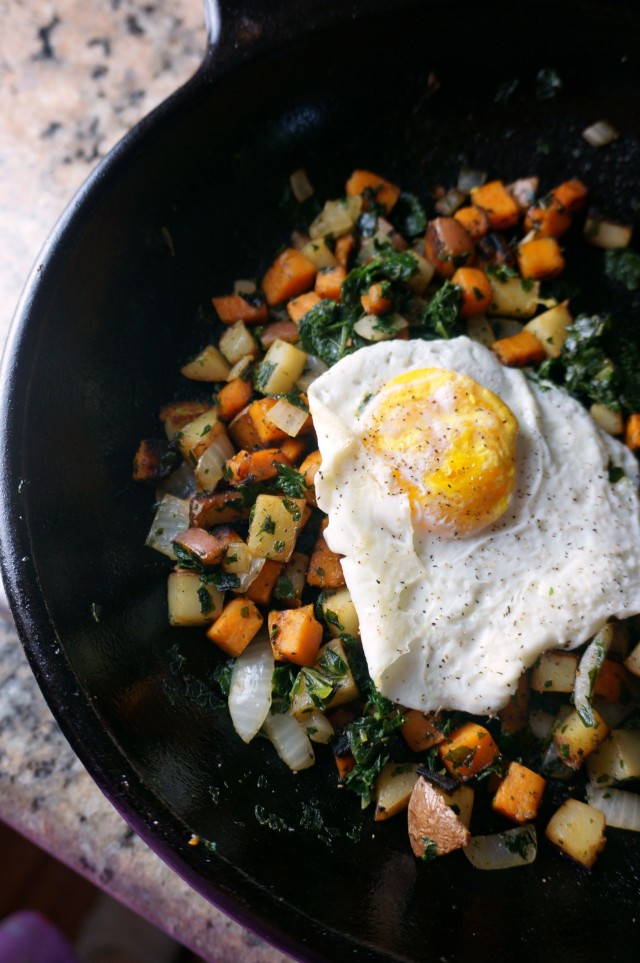 I realized Friday morning I was out of bread, but still had potatoes. I diced them into small pieces, sauteed them in butter for about 20 minutes, added diced onion, frozen curly kale and salt and pepper. It made a delicious hash, perfect for an over-medium egg on top.

Since that pretty much told me we were out of food, I made out our meal plan and list for the week. 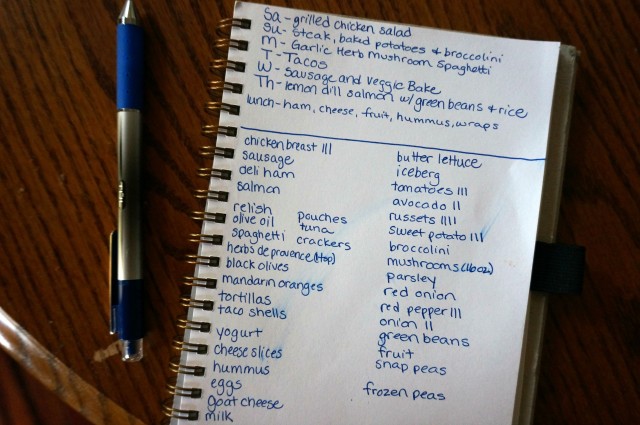 I had full intentions of periscoping (now a verb?) from Whole Foods with some of my favorite items, but the girls both completely melted down in the store and we caused a big enough scene that the kind man who worked there brought out juice boxes in an attempt to calm and refocus my troops. Not embarrassing at all.

That night I actually had Hailey recount our adventure on Periscope, which she did with pride. Periscope videos delete 24 hours after they are recorded so it’s not longer available, but follow me (ahealthyslice) if you’re into more sneak peek videos as I awkwardly try to get used to periscope!

Saturday morning we had ourselves a suburban adventure. 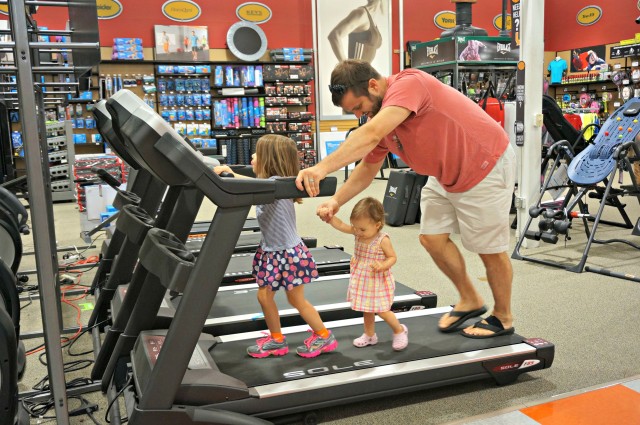 We signed Hailey up for fall soccer, bought the cutest little pink shin guards you’ve ever seen in your life and treated Dick’s Sporting Goods like it was an over sized playground.

We spent most of the day laying relaxing on the porch then friends joined us for a cookout that evening. 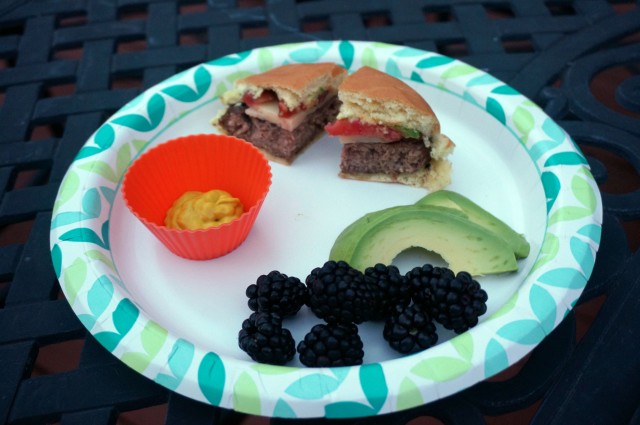 Obviously Hailey’s plate, not mine.

Burgers, smores and beer have pretty much defined this summer. It’s been so much fun letting Hailey stay up late and participate in the summer night fun (minus the brewskis). 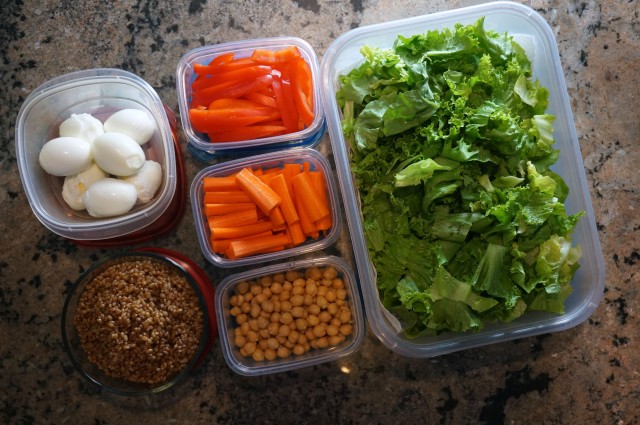 (Boiled eggs that I forgot to set a timer for, red peppers, carrots, lettuce, chickpeas and barley)

And admiring my stocked fridge, as few things make me happier than a fridge set for the week. 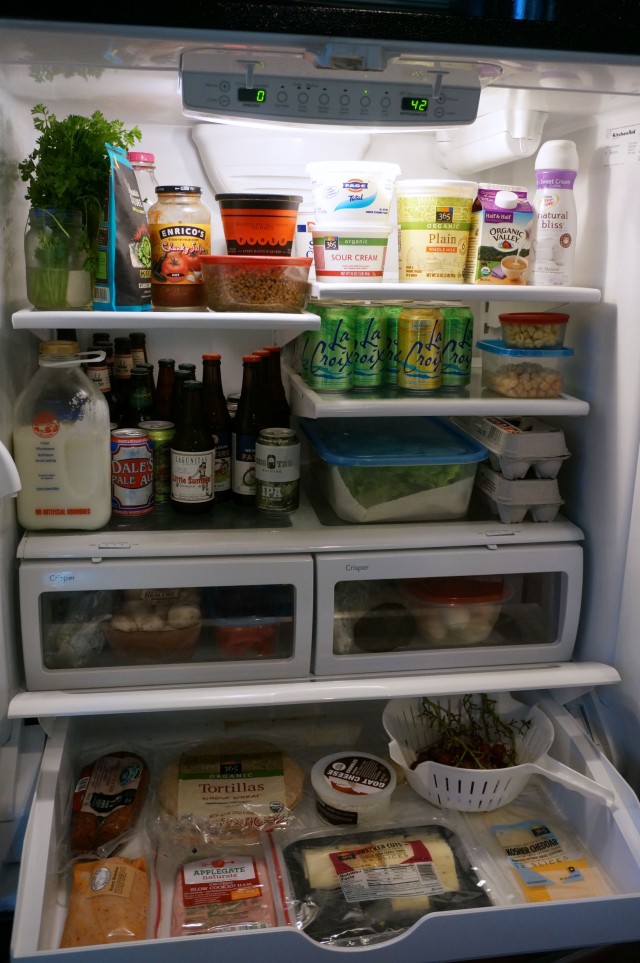 We fit in a 4 mile family walk, averaging about a 25 minute mile pace. 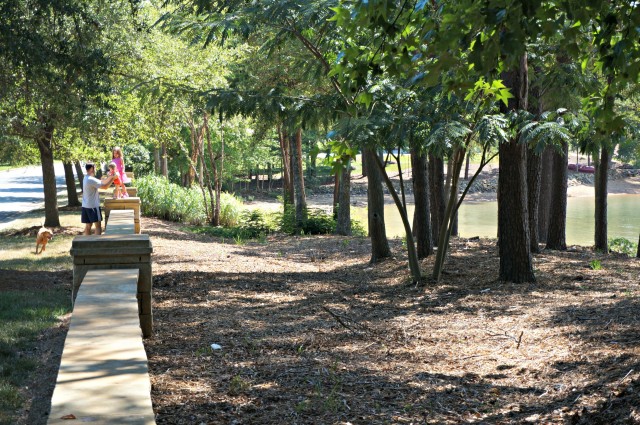 After taking enough blurry pictures on David’s fancy camera, he finally decided I needed more hands on help. This sparked his old love for photography and I’m going to do my best to rope him in for recipe pictures from here on out. 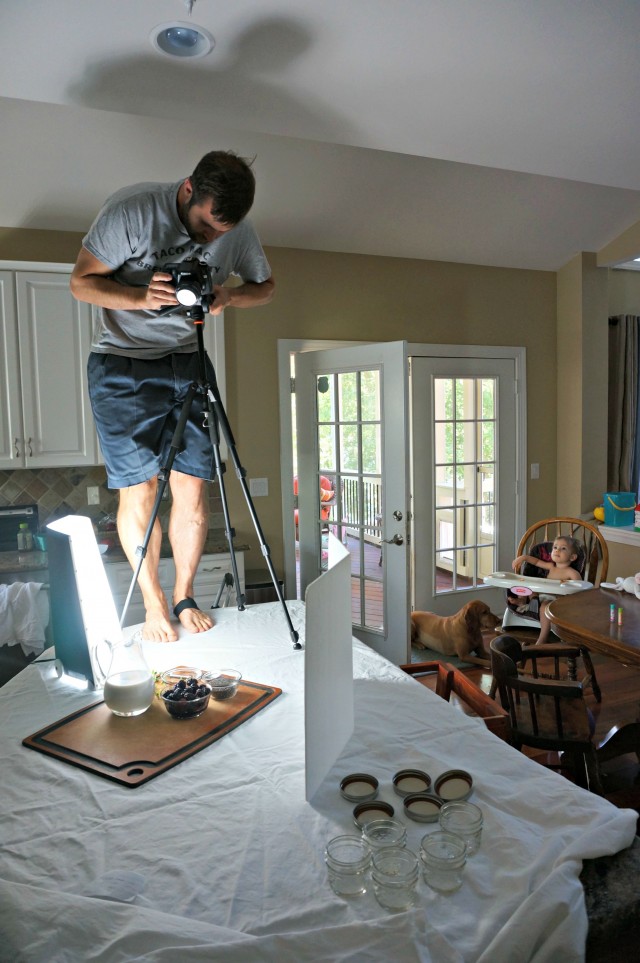 This clearly isn’t a recipe-focused blog, but I do have a few tasty meals I’ve been wanting to share, but just can’t make the pictures look pretty.

We ended the night with salads 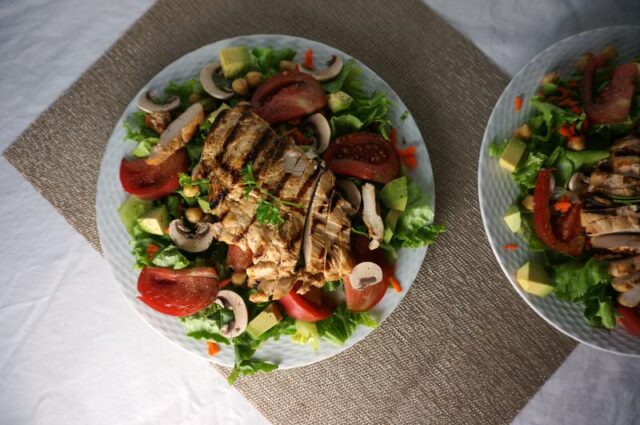 and another installment of The Story of US (American history documentary).

Now with a prepped fridge and an updated to do list penned in my planner, I’m ready to hit the ground running!

Anyone else feeling jazzed up for a productive week?!

What’s on your agenda?