Wahooooooooooooo!  Obviously you guys already know why I’m am wide awake and bouncing around this morning… I get to go see Dr. Oz talk today!  Although now I’m in a whirlwind of emotions… excited, but now nervous that it won’t be as wonderful as I’m making it out to be…. heck, I don’t even know what he is giving a talk about- HAHA! They also sent out a letter very clearly stating ‘NO PICTURES‘.  Um… do they know who I am?  I’ve got to figure out how to turn the flash off on my phone 😀 Ok… enough chatter… all the fun starts at 1:30!

I was feeling inspired to be at my healthiest today, so I decided to add some veggies into my morning meal.

A Greek Style Egg Wrap was in order.

I started with a Flat Out wheat wrap, which I really like! Per wrap: 100 calories/ 2g fat/ 20 carbs/ 8 protein/ and 7g fiber).  The wraps are hearty and toppings/fillings don’t seep through- score!

I topped it with spinach and a sprinkle of feta… and then I found these 2 beauties hanging out in my garden: 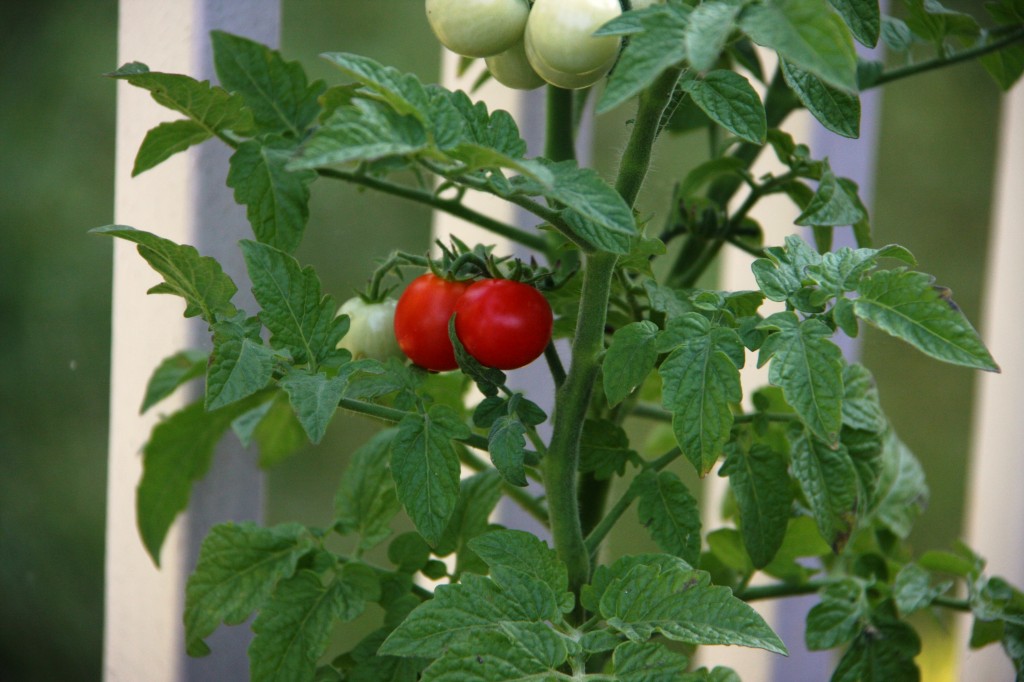 They begged to be part of my Greek wrap.  I obliged… 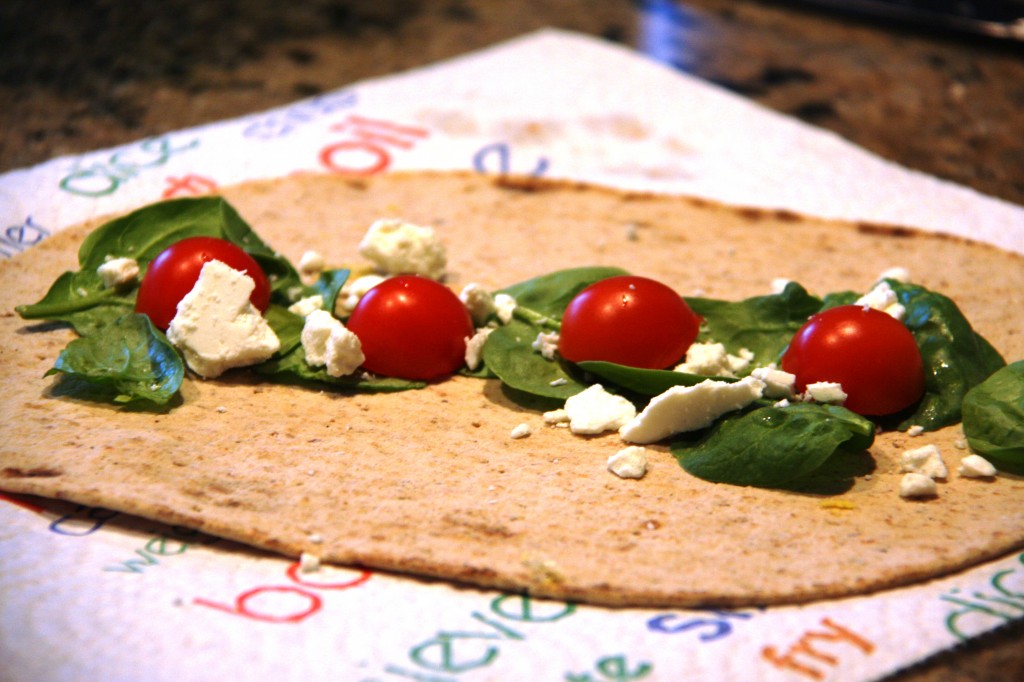 I sliced up some onions in the pan, and after they softened up, I added in 1 whole egg and 1 egg white… plus some more spinach.  I let it stay still and cook, then flipped it over like an egg pancake.  Finally, I scooped it out of the pan and into the wrap! 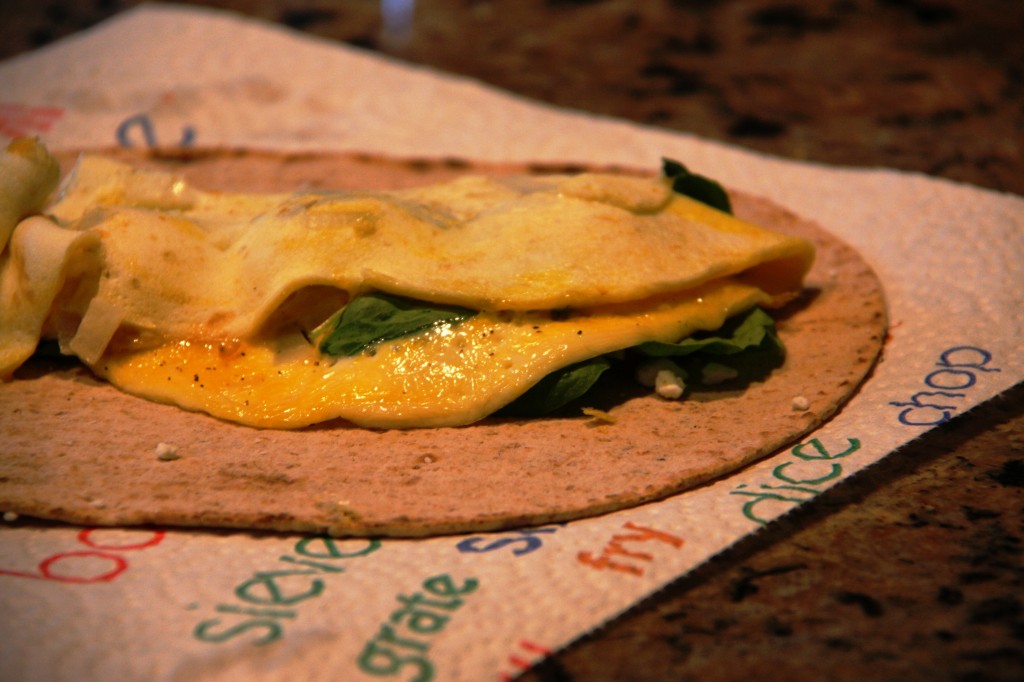 I also saw this morning that Ashley gave me a blog award… SO COOL! Thanks girl… your sweet words made my day! 🙂  Since I’m still a relatively new bloggie, I wasn’t sure what to do with it… but Ashley explained it pretty well… here it is…

Now, to follow the ‘updated’ rules… I pass it along to 5 blogs that make me smile…

Autumn @ Good Eats Girl because I love reading about her homemade eats, and appreciate the healthy balance she has between healthy, nutritious foods and the occasional treats.  I think she showcases beautifully how healthy living/eating doesn’t have to be extreme 🙂

Lisa @ I’m an Okie for losing her Quinoa v-card 😉  and for tape recording her dancing work out… it made my day and had me bouncing along in my chair right along with her! Loved it.

Julie @ PeanutButter Fingers because her blog is so cute and I love how she combines blogging about her healthy eats and inserts bits about her personal life too!… and because we both have Vizsla pups… and love them dearly!

Caitlin @ Healthy Tipping Point because she just moved to the wonderful city of Charlotte, NC and I wanted to give her a big welcome!  Oh yeah, and she has an amazing blog 😉

Christina (Xtina) @ HungryMeetsHealthy because I find her blog so funny and fun to read.  She writes likes she is talking and you can tell she has such a bubbly, fun, outgoing personality.  Plus, in her ‘about me’ she fesses up to being a fan of Britney Spears… and let’s be honest… I’ve always been on team Britney, too!

If you received an award from me now you should choose (5) recipients of your Sunshine Award.  Then, leave a comment on each of the blogs you pass the award onto to let them know about their major award.

There are a million more of you I love reading (it’s true… I could read blogs ALL day) and appreciate each and every one of you for stopping by my little bliggity-blog.

How many blogs to you read on a daily basis?

I ate an early lunch before heading off to OZ…

it looked eerily similar to breakfast… introducing the playas: 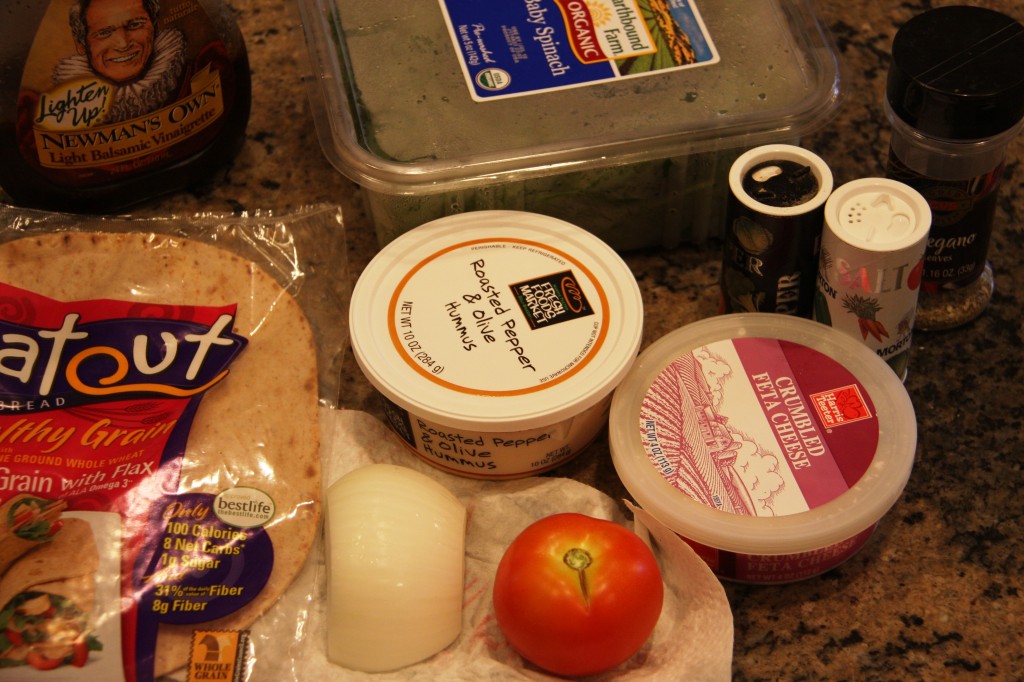 and the team effort: 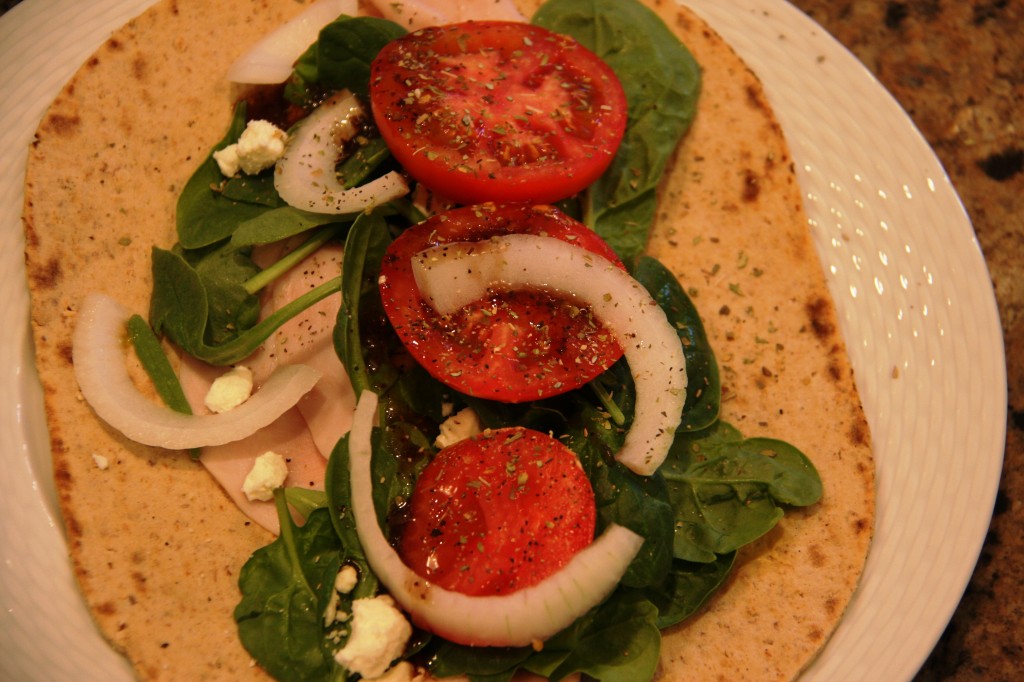 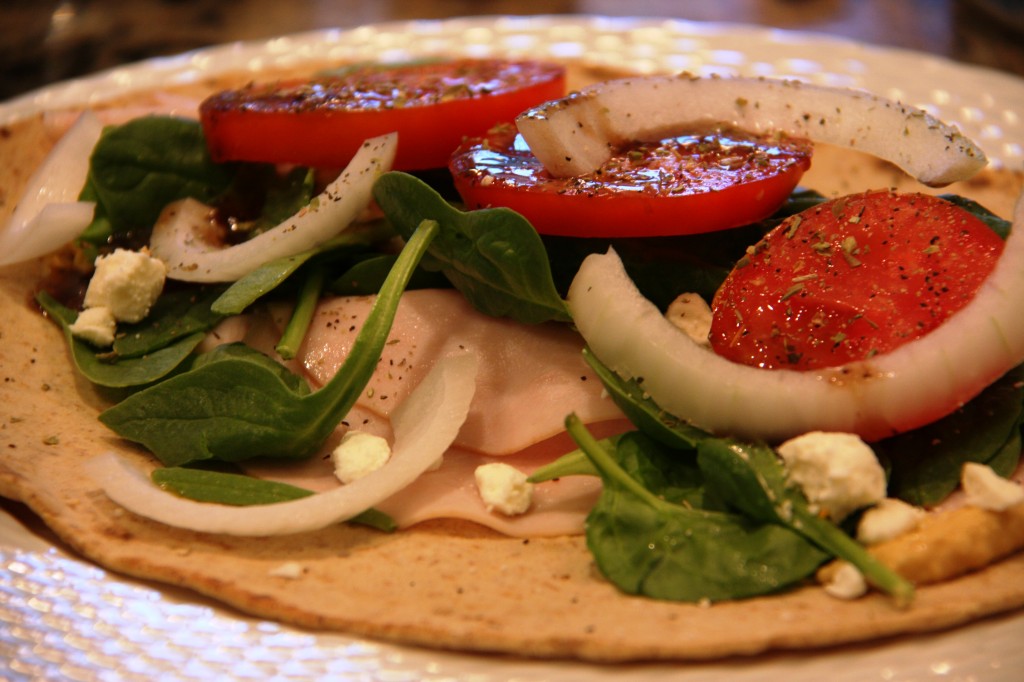 and there was a little side action of celery  and hummus… 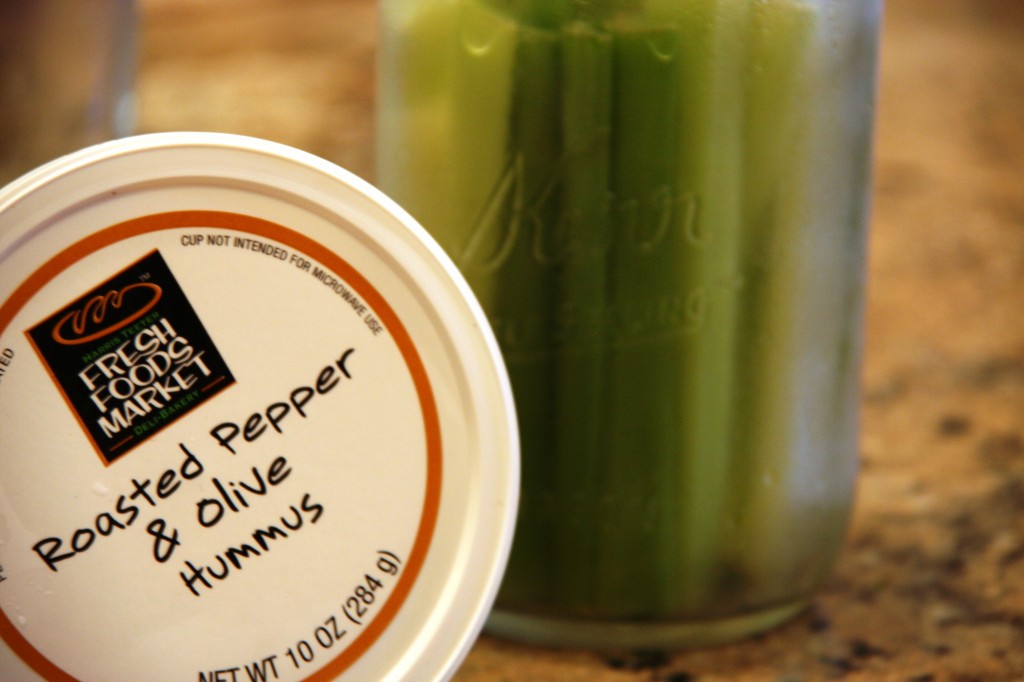 Accidentally grabbed roasted pepper and olive instead of roasted red pepper… and yes, there is a BIG difference.

Then it was on to OZzzzzzzzzzz!!  No pictures were allowed, so I had to turn off the flash to my iPhone camera and do my best to hide it behind my program… easier said than done! 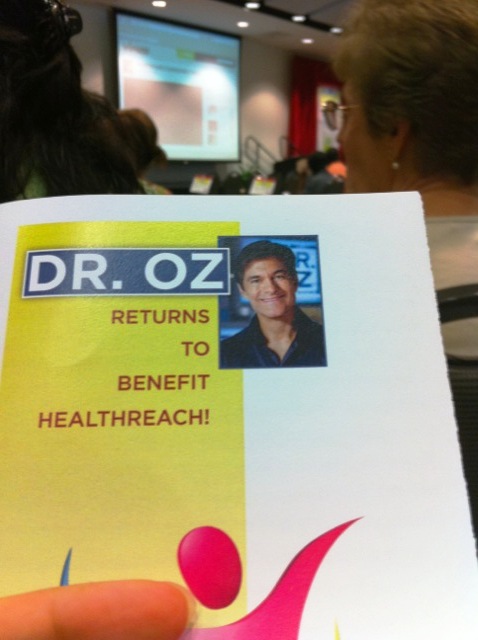 Luckily I got there early and had a great seat!  I was on the aisle, so I had the most direct view I could without being in the VIP seats.  There was some stalling on behalf of the hosts… I guess Oz’s helicopter was running a little late.  But eventually… 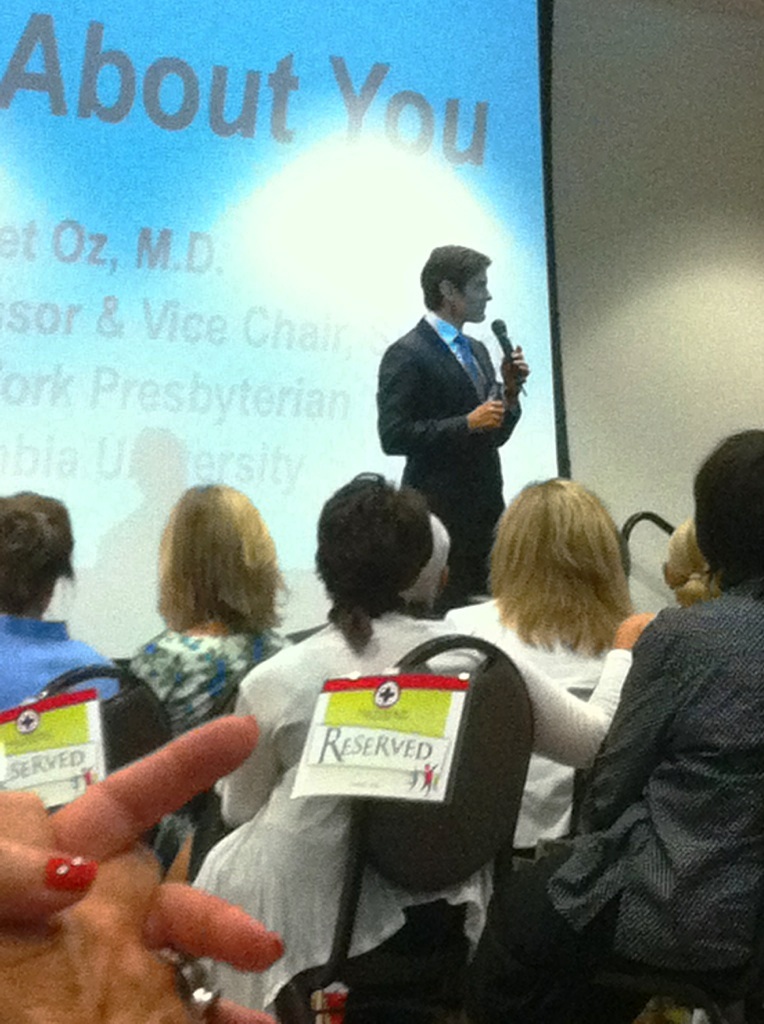 He arrived!!! Now, I know not all of you like the man as much as I do, but he is a great, dynamic speaker.  He is also taller than I imagined… His talk was fairly broad based, focused on multiple topics, such as:  the importance of neck size in sleep apnea, the importance of waist size in overall and heart health, the cost of health care and how it is driven by obesity (a subject I have GREAT interest in),  stress management and deep breathing, physical activity, the importance of strength exercises for bone density and increased metabolic burn, focusing on eating foods without nutrition labels… or as he put it “eat things that look close to what they looked like when they came out of the ground”… AKA: eat WHOLE FOODS… and who can argue with that? 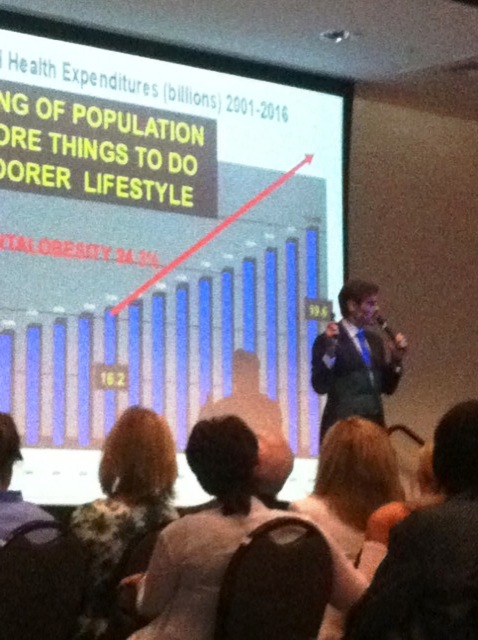 He even took a volunteer to measure demonstrate how to measure waist size…. can you guess who it was? 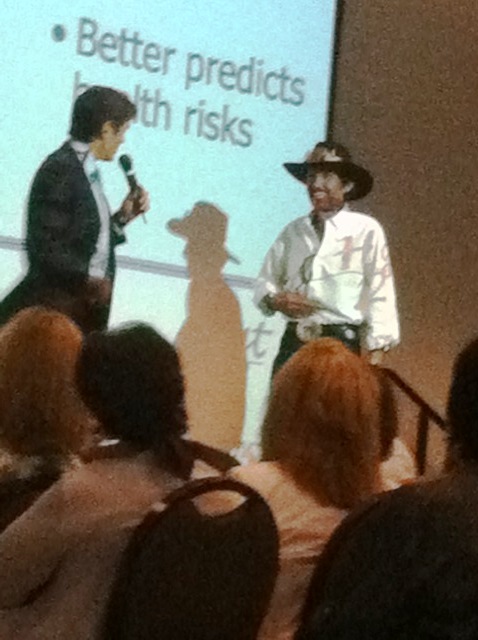 Richard Petty!  Still don’t know who he is? Well… here in Mooresville (NASCAR Country USA), it would be a shame if you didn’t recognize the famous Richard Petty.

Overall, the talk by Dr. Oz was well worth the $40 donation… he speaks so passionately and communicates his message so clearly!  Unfortunately I was not chosen to ask a question (despite my erratic waving of my arms), but the cutest 90 year old lady was able to ask one instead… on how to stay healthy after 90 years of age.  Dr. Oz said he should be asking her for tips instead of the other way around.  She was awesome.

One point that stuck with me was when he said “Success is forgetting that you’re on a plan“.  It is a simple statement, but for someone like myself that use to struggle to stick with one diet or another, it really hit home.  I’m so grateful that I’ve reached a place where I don’t over-analyze every calorie I eat or have to do calculus level math to figure the ratios and percentages of the nutrients in my food.  I’ve truly “forgotten” I’m on healthy eating plan, because now it is simply the way I eat… the way I live.  And it’s so freeing.  Sure I eat Mexican (…at least once a week ;)), and indulge on  holidays… but I stick to eating as healthfully as I can 90% of the time, and for me, that’s enough.

I was a bit snacky through the late afternoon… 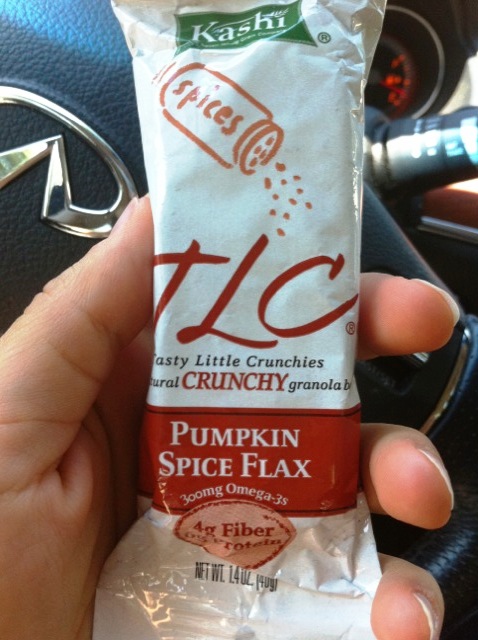 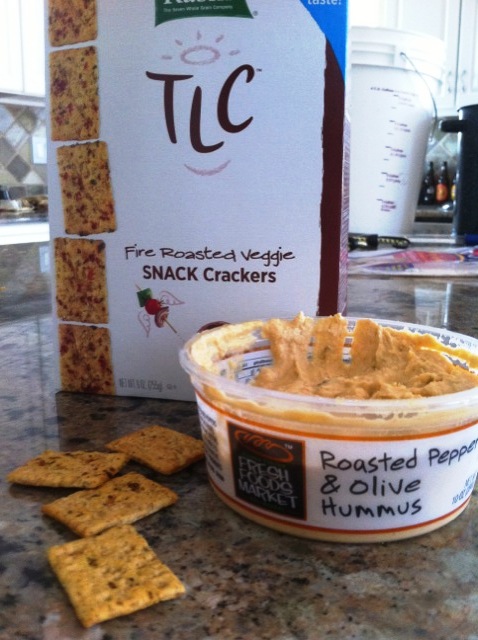 I’m really not a big fan of this hummus, so I ate probably 14 Kashi crackers and less than a tbsp of the hummus. 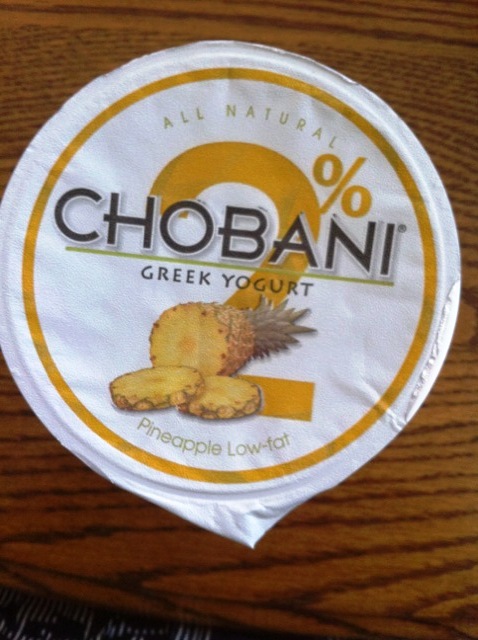 Then I savored some Chobani… can you believe it was my first experience with pineapple?? Perfect flavor for summa summa summa-time!

Instead of continuing to munch, I decided it was time to make dinner.  Mexican was on the menu for tonight, but the healthy, homemade kind!  I ended up with a HuMuNgO mexi-salad: 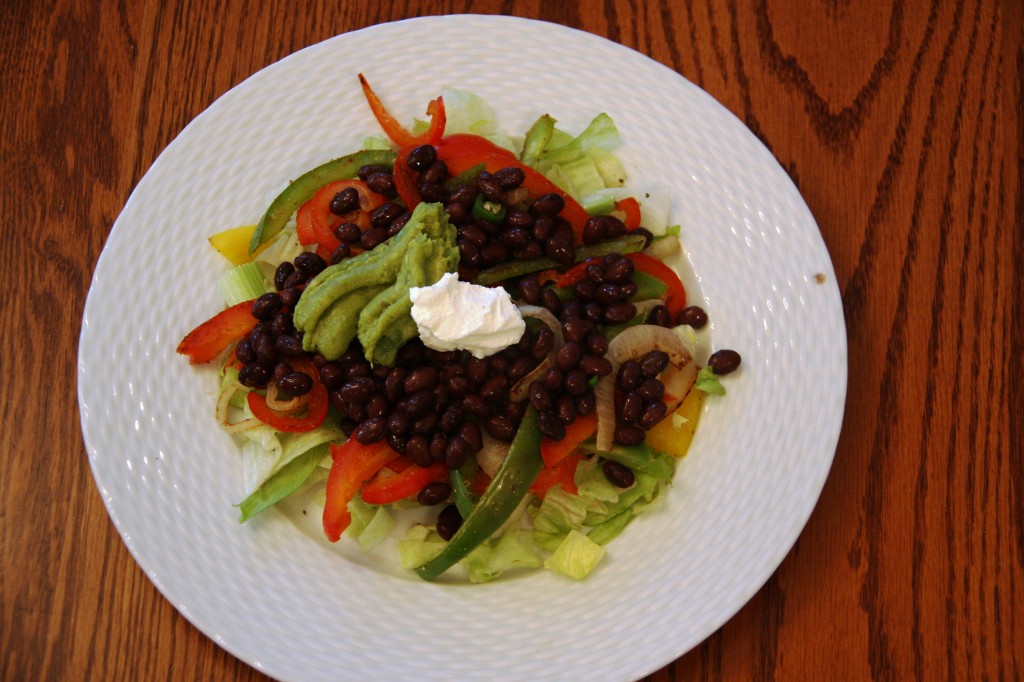 A little iceberg lettuce (stop giving me the stink eye… I know it has no nutritional value, but I love the crunch!), peppers and onions, fancy black beans mixed with a chopped pepper FRESH FROM THE GARDEN 😀 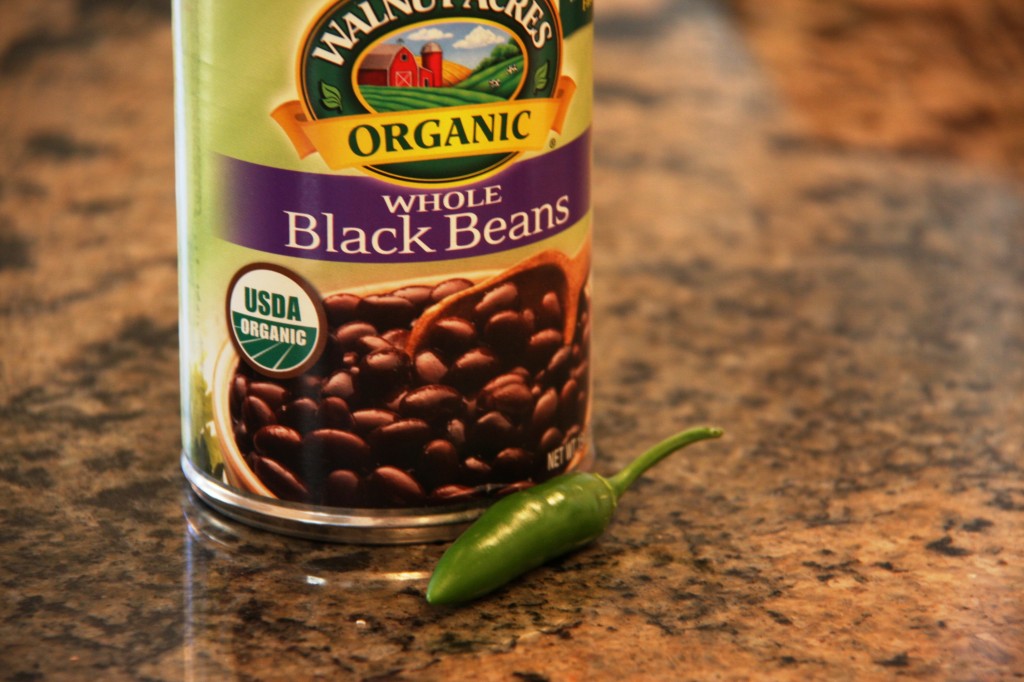 and topped with the world’s best packaged guac: 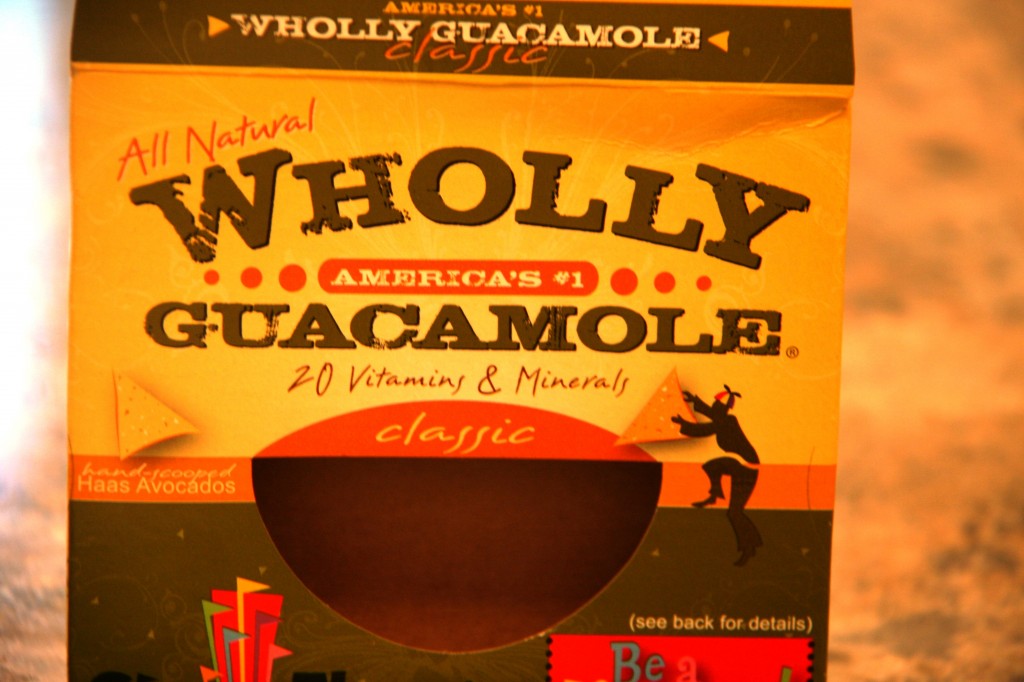 a dab of reduced fat sour cream, and some ol fashioned Pace picante 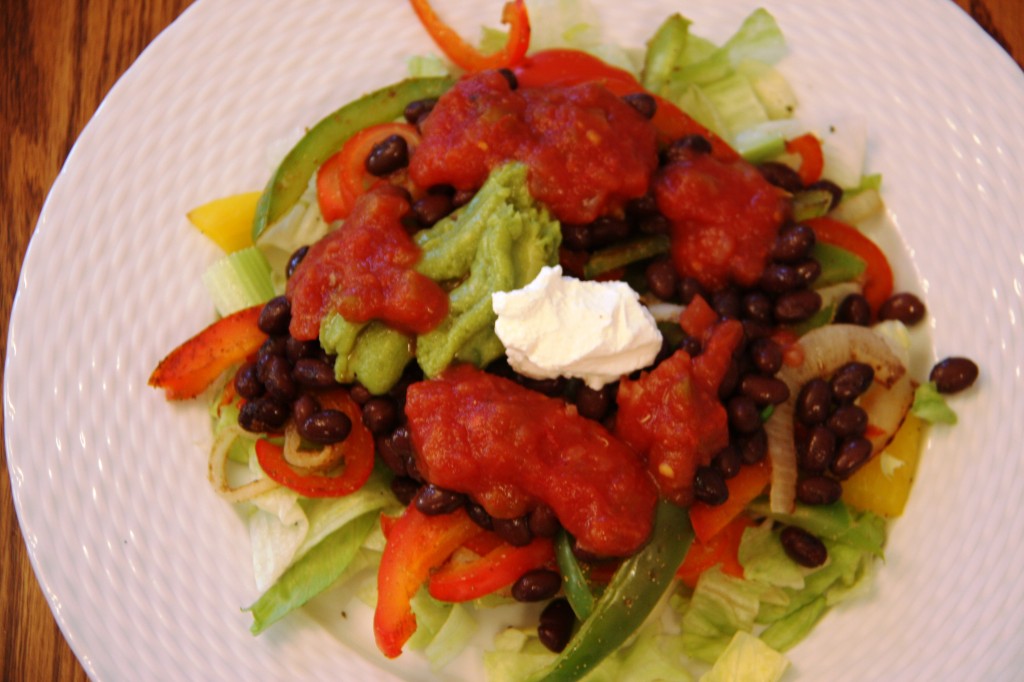 YuMm.  Filled me up and made me sleepy… but before bed, I’m working on putting together some bachelorette games for the bride-to-be next weekend in Charleston…