My best friend is obsessed with Pure Barre. She, like so many others, swear by it. Some even call it cult-like, so clearly I was ridiculously excited when I heard Pure Barre was coming to Birkdale Village in Huntersville. 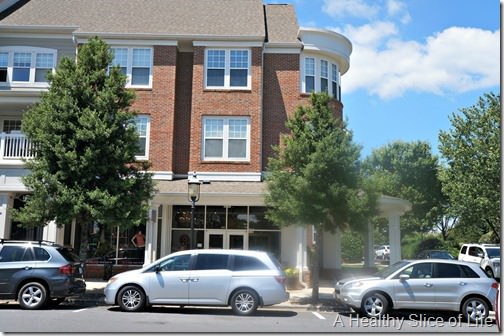 I dropped by with Hailey a few weeks ago to peak inside and drop the not-so-subtle hint that I wish they had childcare.

Since they don’t have childcare, I wasn’t sure when I’d get to try it out. However, David worked from home on Tuesday, so I skipped out during nap time to try their noon class. 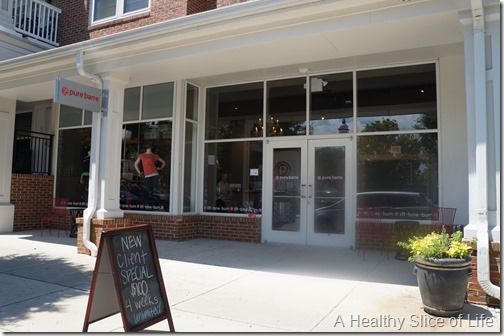 What to wear – I wore cropped yoga pants and a workout top with built-in bra. There isn’t any high impact jumping around, so a heavy duty sports bra isn’t necessary. During class, participants wear socks, not shoes, so I brought a plain pair of socks with me and decided to skip paying $15 for the fancy ‘sticky-socks’ the studio sells. I found my socks to do just fine for most of the class, with an exception of a few moves I found myself sliding around for. 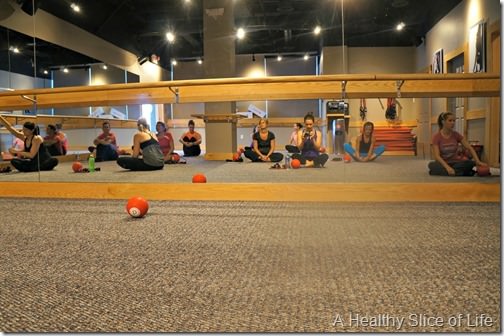 The equipment – a pair of light weights (very light weights- 2 lbs) were provided, along with a resistance cord, ball and mat. I got a little cocky when I saw the light weights. I shouldn’t have. 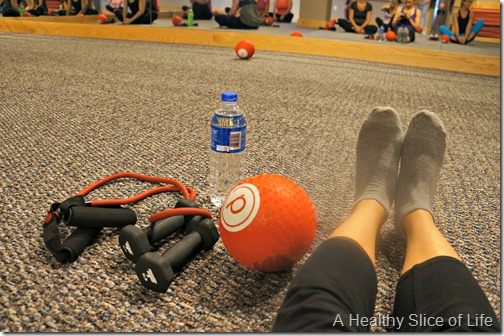 The moves – I’m not sure what I expected. Well, yes I did. I expected ballet class. It’s nothing like ballet class. The entire class centers around small, repetitive movements with little to no weights. That description makes it sound easy, but let me assure you, it isn’t. We started with abs and I after 5 minutes I feared I wouldn’t make it through the class. It’s hard to put my finger on exactly what it was that made it so challenging, but I imagine the isolated movements, the number of reps and the focus on squeezing individual muscles made it unlike any workout I’ve ever done.

Arms lasted all of 5 or so minutes, but it burned. Today I still can feel it in my triceps. A lot of class is done in the middle of the floor, but as the name would suggest, we also spent some time at the bar. Squatting and flexing and ‘tucking’ my way through class made my muscles tremble. By the end, I couldn’t keep my legs from vibrating when trying to straighten them.

There is a learning curve, though. The famous ‘tucking’ that Pure Barre is known for takes some time to learn. It took some sincere focus and positioning trial and error for me to do moves correctly so I could feel my muscles working. 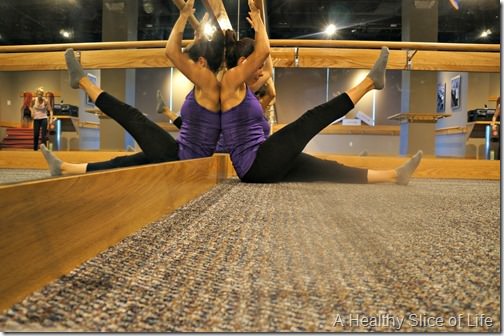 I won’t pretend I didn’t love it; I did. If a year of unlimited classes and childcare dropped onto my doorstep, I’d go 5 days a week. The low impact, sore muscles and upbeat vibe was right up my alley. I thought about ordering one of their DVDs, but I know myself enough to know that I won’t stick to it at home. So I guess for now, I’ll just be an admirer from afar!

Have you ever tried a Pure Barre class or something similar?
What did you think?