I’ve been a sleeping monster lately… meaning that I’ve been averaging 9+ hours of sleep each night.  That’s a bit ridiculous.  I mean, there is such thing as too much sleep.  So I forced (and I do mean forced) myself to get up at 6:30am this morning for my wog.  I was whining and complaining (to Koda… Hubbs was already gone), but once my shoes were on and music playing, I felt GREAT.

Today’s Couch to 5k regimen was a 5 minute walking warm up, run for 10 minutes, walk for 3, run for 10 & a 5 minute cool down.  Again, I know this is nothing to some of you pro runners out there, but each “training” day is now pretty challenging to me.  But guess what?! The first 10 minutes were a breeze! And the second 10 minutes? Do-able.  Is it possible this program actually works? Am I becoming a jogger??! 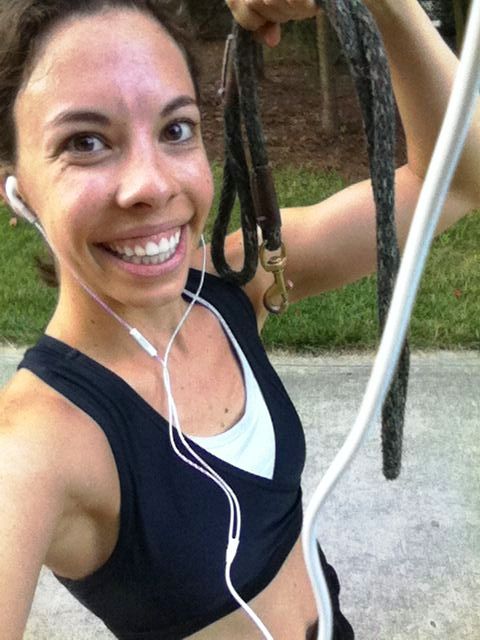 My only frustration was misplacing Koda’s running gear, so I had to use a regular leash and collar.  Let’s spin it in a positive direction and say that I got an arm workout in, too 🙂

I came back feeling triumphant… and hungry.  A smoothie sounded perfect! 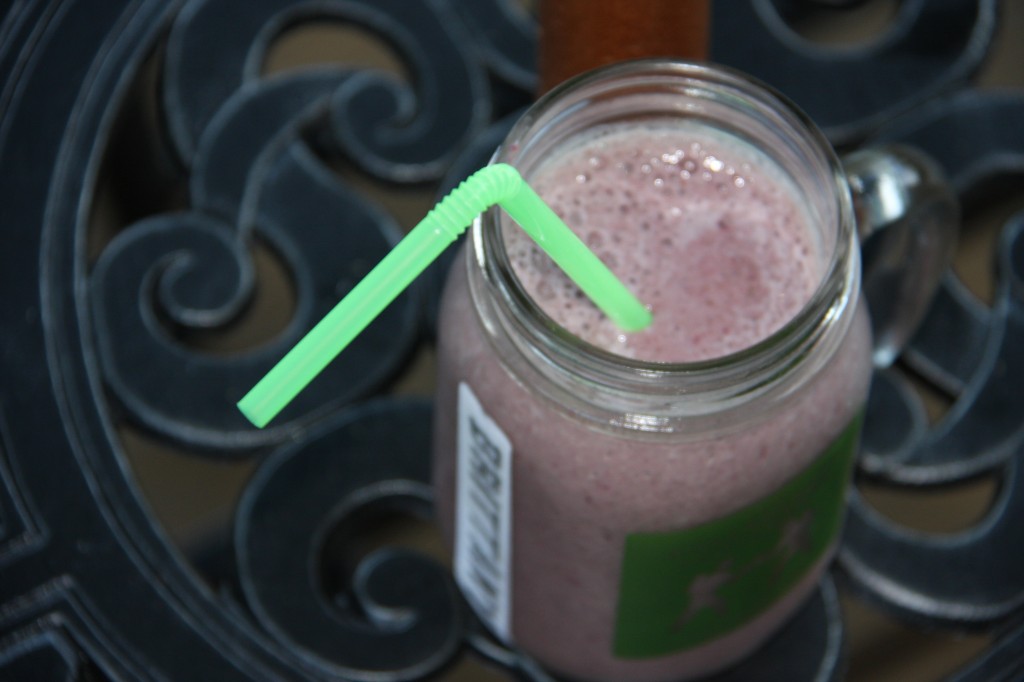 served in the mason jars from the wedding in Colorado. 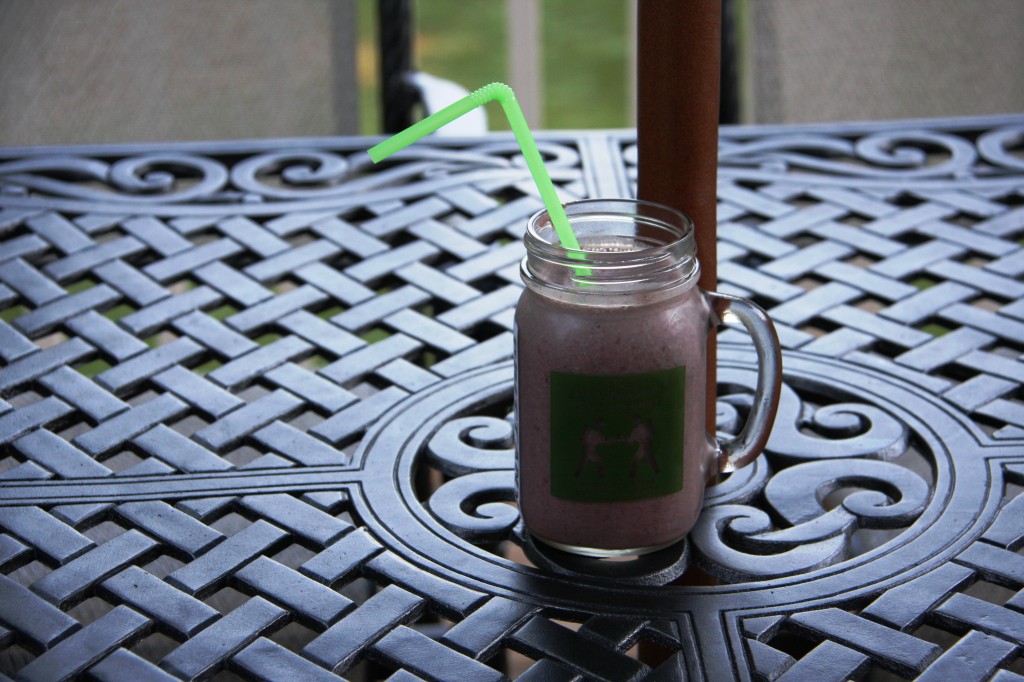 Mm Mm- hit the spot! … but I’ll probably be hungry again in an hour 🙂

If so, I’ll snack on last night’s leftovers.

After seeing Corey’s Stuffed Peppers, I decided I wanted to try and make them for the first time ever.  I’d read a couple different recipes, but ended up creating my own version for

First, cook up some brown rice.  You can make this earlier in the day if you want.  Then begin by cutting the ends off of 4 green peppers (or more…).  Choose peppers that are large and fat for the best results (AKA so you can stuff as much good stuff inside as possible!).

Stick the gutted peppers into boiling water for 3-4 minutes.

Then scoop ’em out and place them in ice water to stop the cooking. 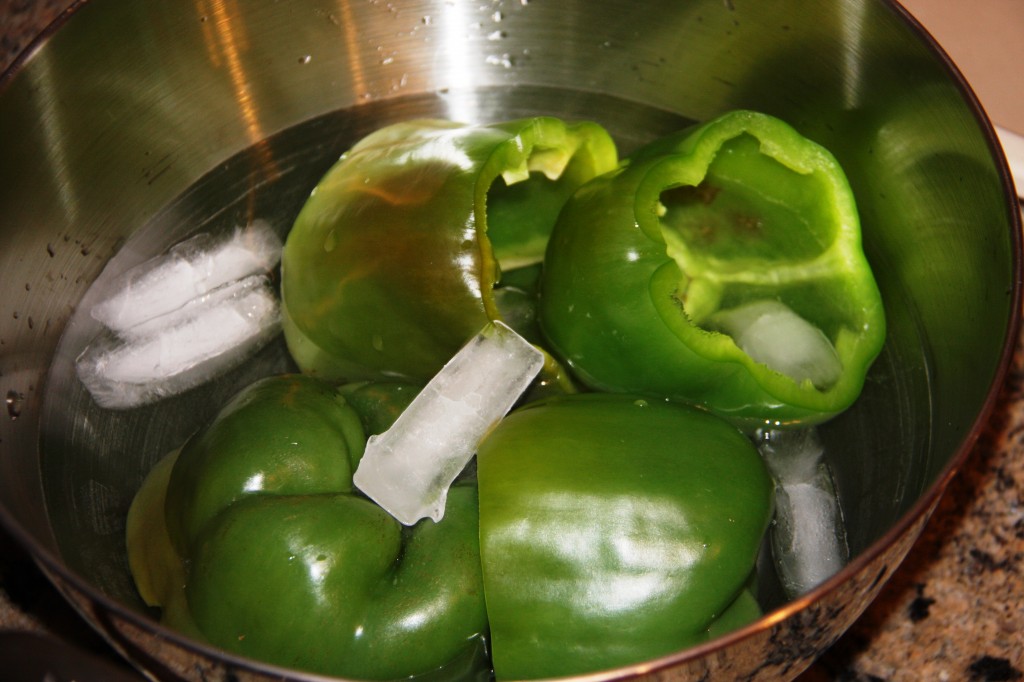 Meanwhile, chop up 1/2 an onion and throw it in a pan with 1 lb -ish of ground turkey.

Cook the meat, soften the onions and throw in 1 Tbsp of Taco Seasoning. 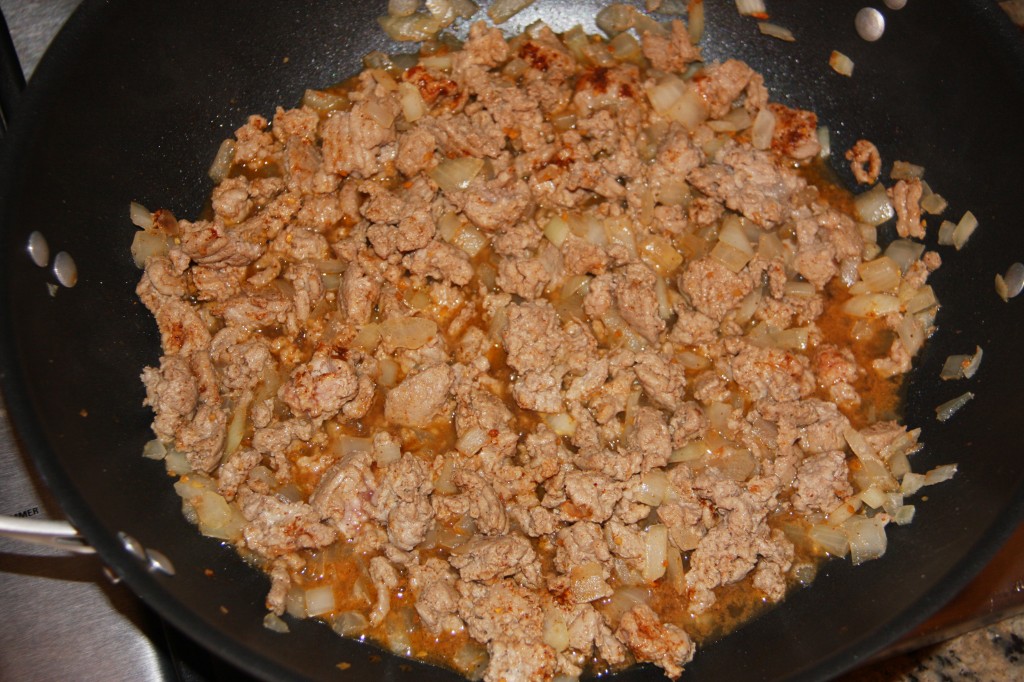 Throw the meat and onions back in the pan, add 1 more Tbsp of Taco Seasoning and grab the rest of the ingredients. 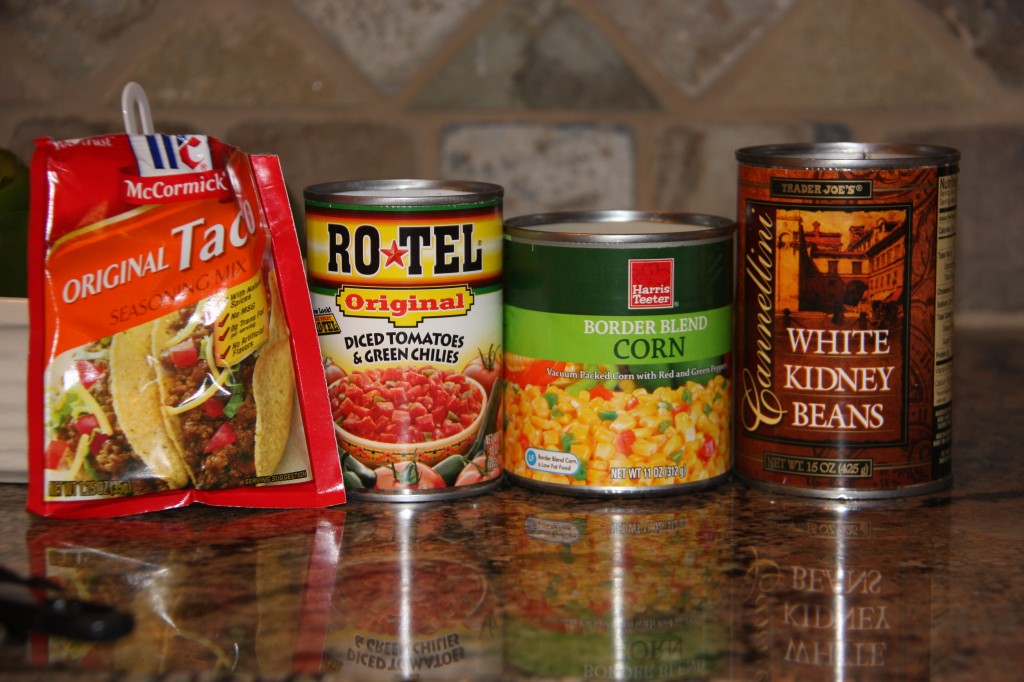 can of fiesta corn

Drain all the cans, throw ’em in with the turkey mix. & mix it up. 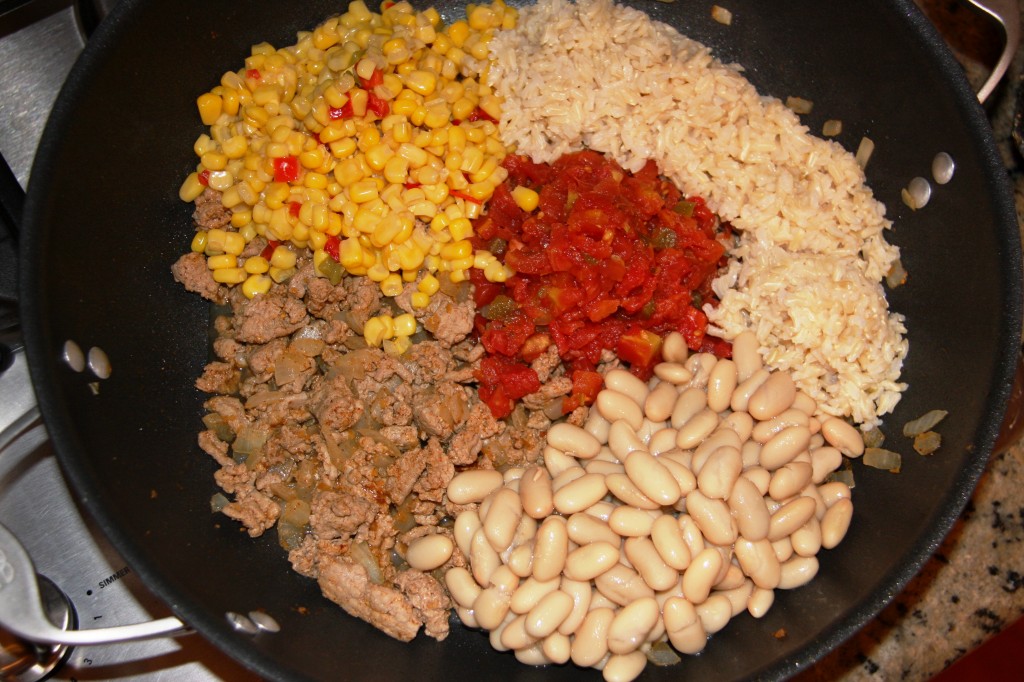 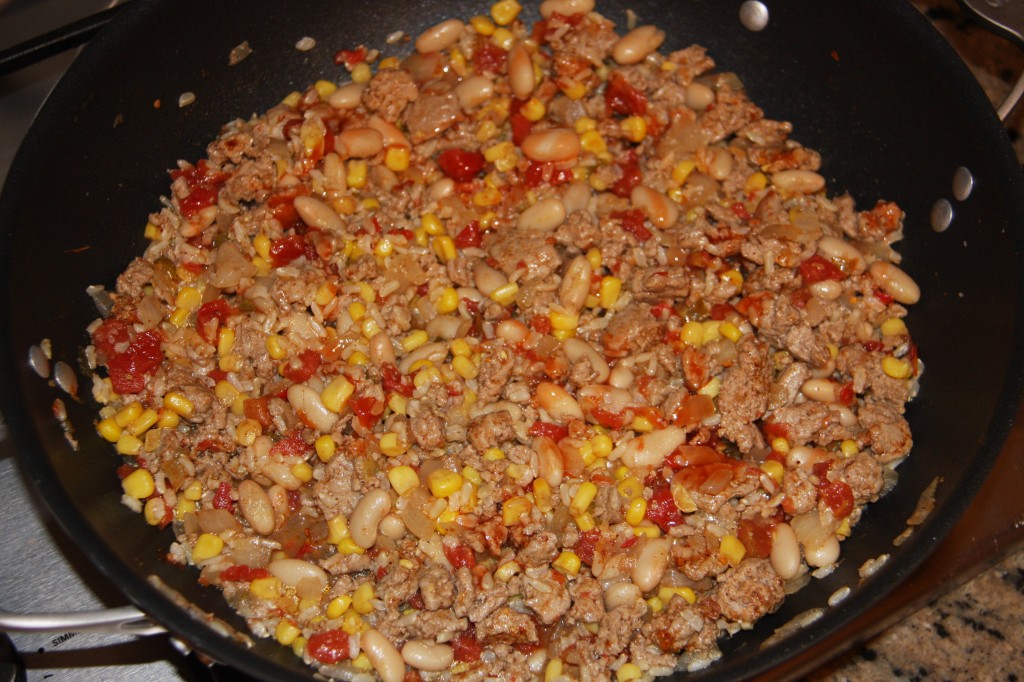 Place the peppers in an oven-safe dish and stuff full of the turkey mixture.

**I had a lot of “filling” left over, so you could easily stuff more peppers! Maybe 2-3 more?  I just plan on eating the leftover filling on it’s own, or wrapping it in a tortilla!** 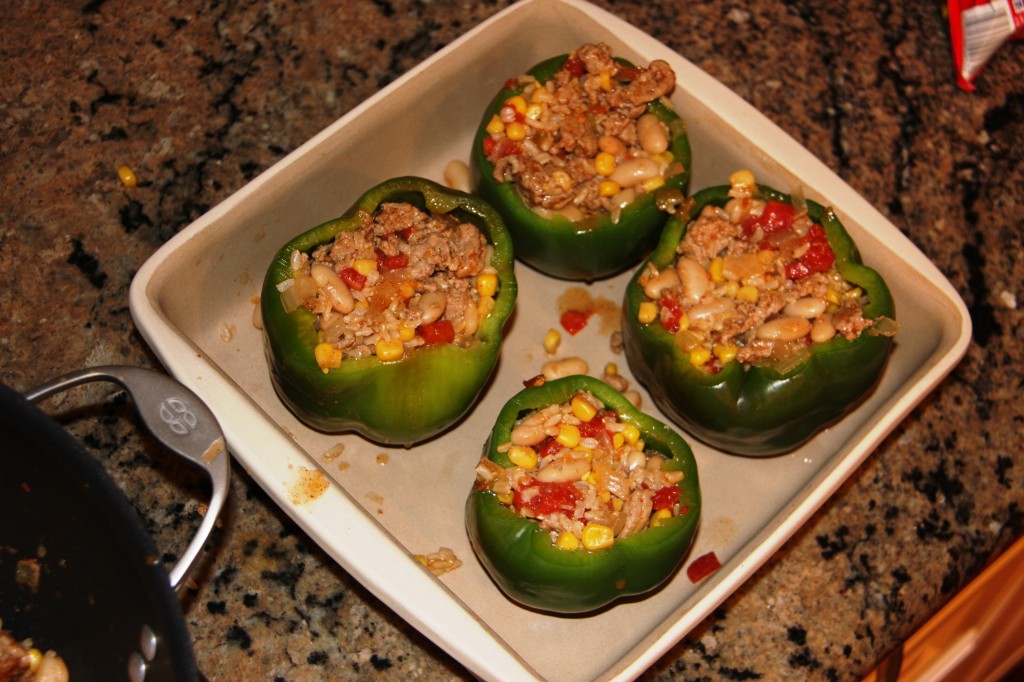 Tops with shredded cheese (or sliced, if that’s all you have) and bake in the oven for 12-15 minutes at 350 degrees.

YuMm! I thought these were really tasty!! I added a couple dashes of Texas Pete, a blob of light Sour Cream and some salsa… 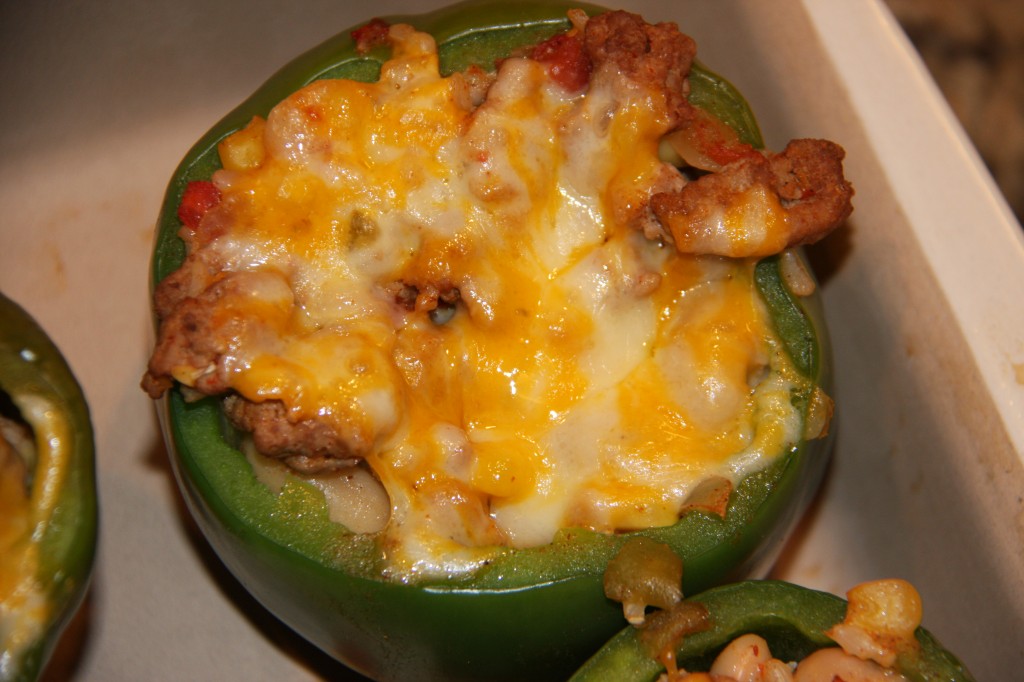 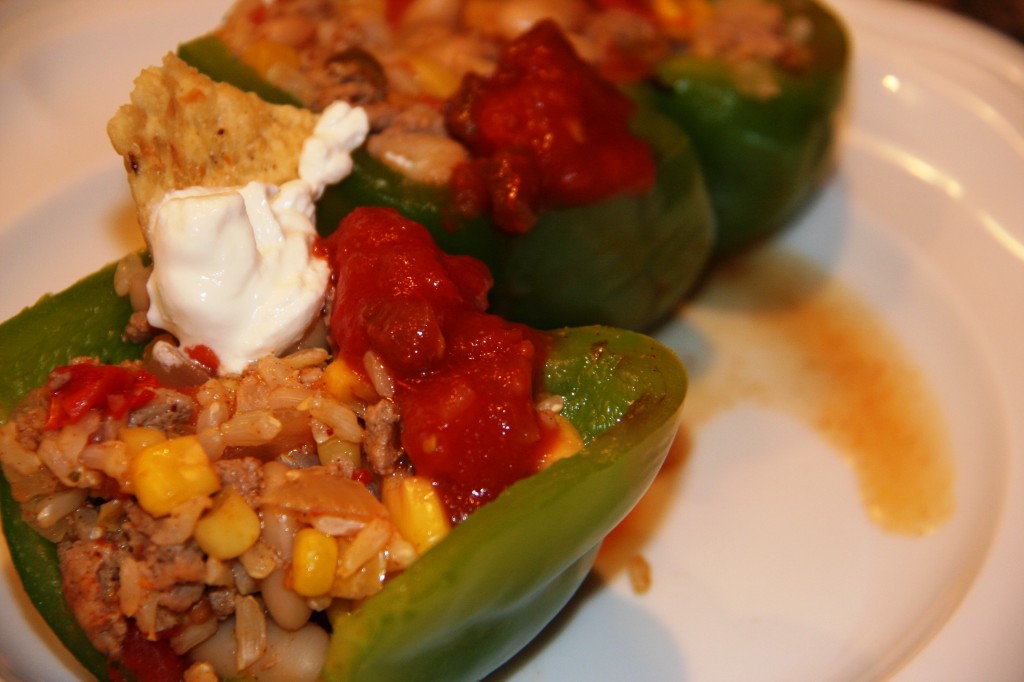 Hubbs’ verdict was that they were “pretty good”, which I take as a WIN since it was turkey meat (which isn’t his favorite) and a green pepper shell instead of a tortilla 🙂

I am so excited Labor Day is this weekend! Reasons to celebrate:

1.  The return of COLLEGE FOOTBALL!

3. Friends & fam in town for the weekend!

What are your Labor Day plans?