My my my, where do I even start? I guess with Saturday morning. Which was gorgeous! Since it was 60 degrees and sunny, we decided on a family trip to Lake Norman State Park. It’s only about a 20 minute drive and offers some beautiful trails for hiking around. 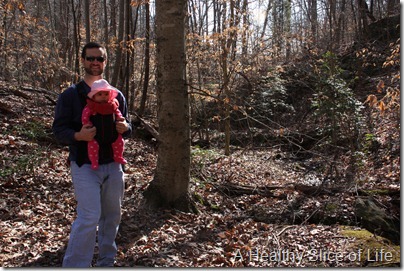 Someone thought this trip was the BEST DAY OF HER LIFE. 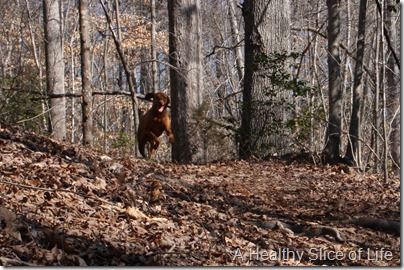 Afterwards we grabbed lunch and visited REI. One Prana shirt (SPLURGE- but I love it) and one trip to Target later, we wrapped up a pretty awesome day. I was still on the mend from my sickness, so we decided to have a relaxing night in and after Hailey went to bed, we both settled onto the couch for an evening of reading and chili. 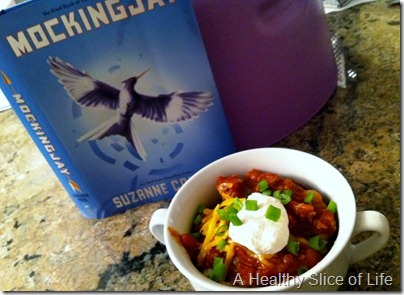 If you’ve read the Hunger Games series, you know it’s impossible to put down, so come 11:20 or so, we were both still reading on the couch…when our doorbell rang. It made me jump a mile high and Koda started barking like crazy. But what really made me jittery? No one was there.

Logic would say it was probably just some dumb kids but in the moment with our sleeping baby upstairs and just reading about some of the crazy pods that The Capitol had in place, I was jittery. I closed up the curtains and when I turned around David was standing there with shoes on and Koda at his side. I reallllllly didn’t want him venturing outside, but he insisted. He handed me one gun (who did he think I was, Katniss??) and took another (FYI- we’re the wrong house to mess with) and he and Koda headed out to take a lap around the house while I called the police (told them it was a non-emergency) and they sent an officer to drive around, just in case. I stood there, barely breathing, until I heard Koda and David return. The coast was clear.

Stupid kids shook up my whole night. It took me two episodes of How I Met Your Mother before my nerves were calmed enough to go to sleep.

In the morning, I was extra sleepy and David seemed to have caught my sickness.

So a relaxing day was in order. More reading, some documentaries (am I making us sound really cool or what?!) and laundry made for a cozy Sunday. Especially when the snow started falling. 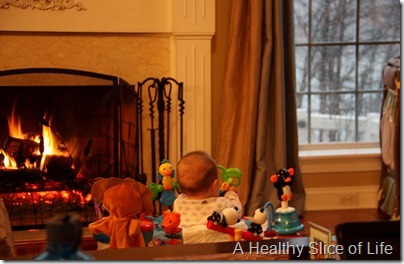 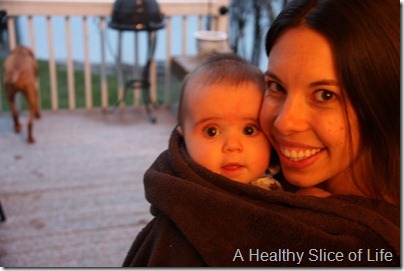 We rounded out the weekend with a healthy dinner. Clearly we both needed a solid dose of nutritional goodness so we could finally kick this cold out of our house. 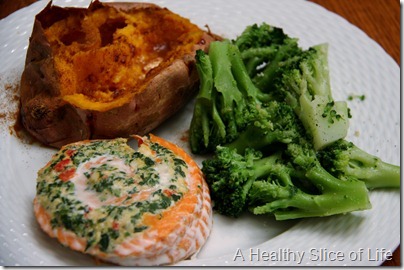 And finally, the winner of the free case of Chobani is… 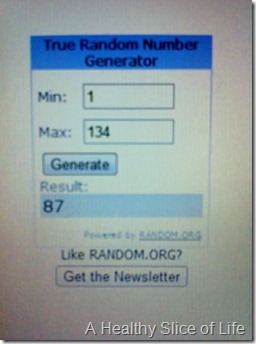 Megan!
I really want to try the blood orange! I’ve been looking everywhere and actually found the other 2 new flavors today, but still no blood orange. I’m not usually an apple-cinnamon kind of person, and I like my Greek yogurt with some fat and that one is 0%, but I bought one to try since it’s been getting rave reviews on so many blogs.

Please email me at [email protected] with your information.

I was a bit surprised by the lack of urgency in their voice. It sounded like I was calling the local pizza shop. I hope I never have to call with a real emergency.